The Volkswagen I.D. Buzz concept has been revealed at the North American International Auto Show in Detroit.

Volkswagen have managed to turn its iconic camper van into a high-tech electric vehicle. 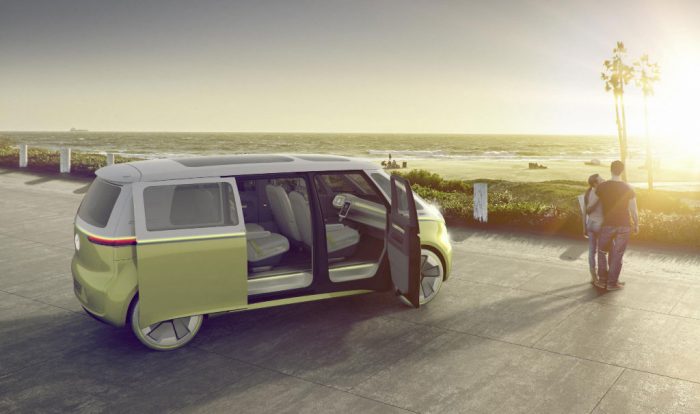 The I.D. Buzz will come in all-wheel drive with electric motors for both axles. It’ll have an output power 374 PS and can reach 60 mph in 5 seconds and has a limited top speed of just shy of 100 mph.

“The I.D. BUzz stands for the new Volkswagen: modern, positive, emotional, future-orientated. By 2025, we want to sell one million electric cars per year, making e-mobility the new trademark of Volkswagen. The new e-Golf already offers 50 percent more electric range. From 2020 onwards we will then launch our I.D. family, a new generation of fully electric, fully connected cars. It will be affordable for millions, not just to millionaires,”

said Dr. Herbert Diess, Chairman of the Volkswagen Brand Board of Management. 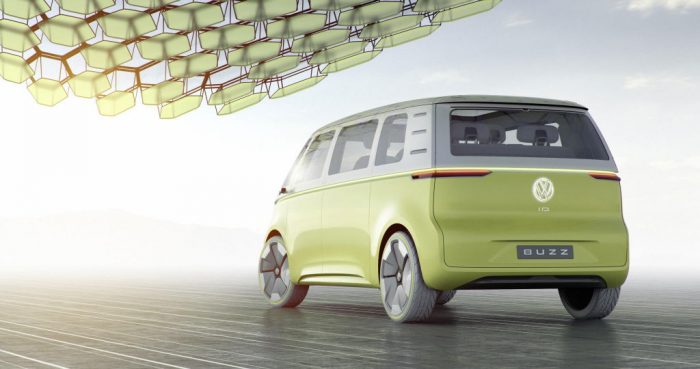 The I.D Buzz gets rid of the conventional dashboard and instead projects information with an AR Head-up Display in 3D. Features such as the infotainment and air-con functions are operated via a removable tablet. 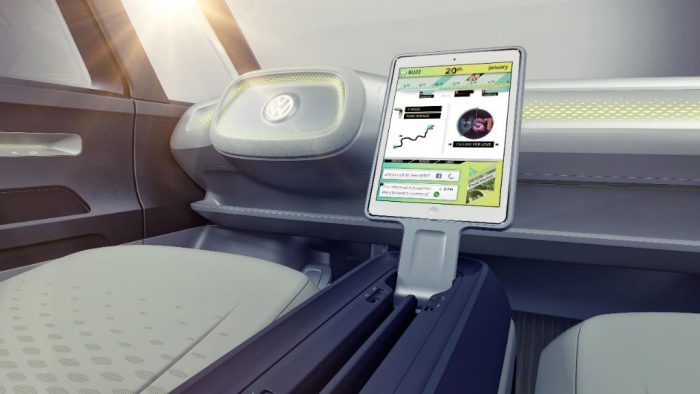 The I.D. Buzz can be turned into a fully autonomous called ‘I.D. Pilot’. 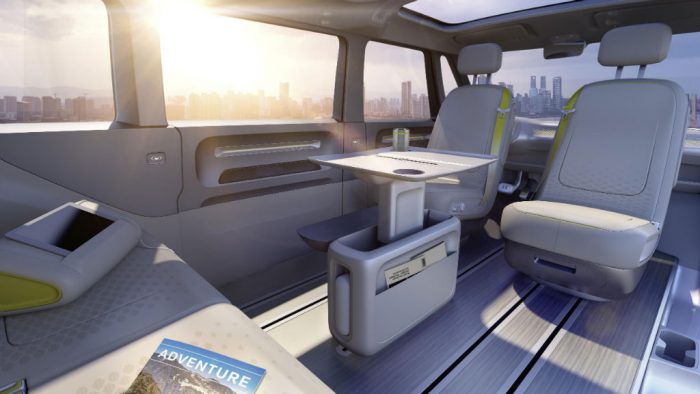 The concept has eight seats with the use of multi-variable seating where the front seats can be rotated to face the back. Useful when in autonomous mode.

Want the best car speakers? Here’s a guide to upgrading