The Stinger was first shown as a GT concept back in 2011 at the Frankfurt Motor Show, but has been given the once over by Peter Schreyer, the guy who designed the first gen Audi TT. 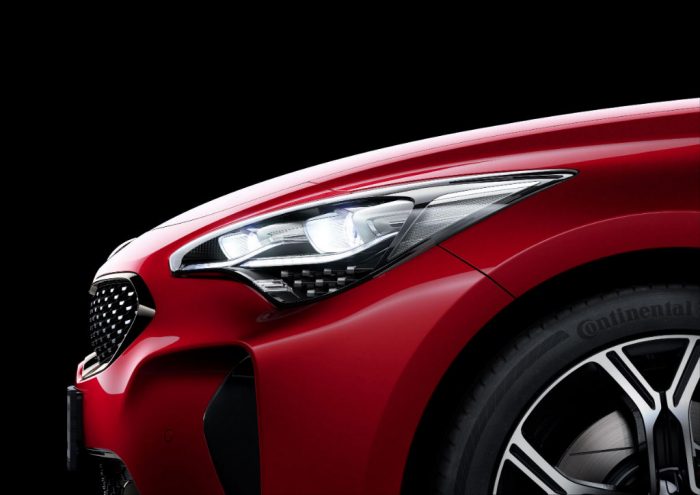 It’s Kia’s first serious go at the sports saloon market which is dominated by the German brands.

To begin with, the Stinger will be available with two engines. One being a 2.0 litre turbocharged four-cylinder producing 255 hp and the other being a 3.3 litre twin-turbocharged V6 which is expected to produce 365hp. Kia is aiming a 0-60mph time of 5.1 seconds and a top speed of 167 mph with the twin turbo V6.

The Stinger will also come in either rear or all-wheel drive, depending on the market. The AWD system features a new Dynamic Torque Vectoring Control system which automatically applies power and braking force to the appropriate wheels to improve stability in adverse conditions. Rear-drive will come a mechanical limited slip differential. 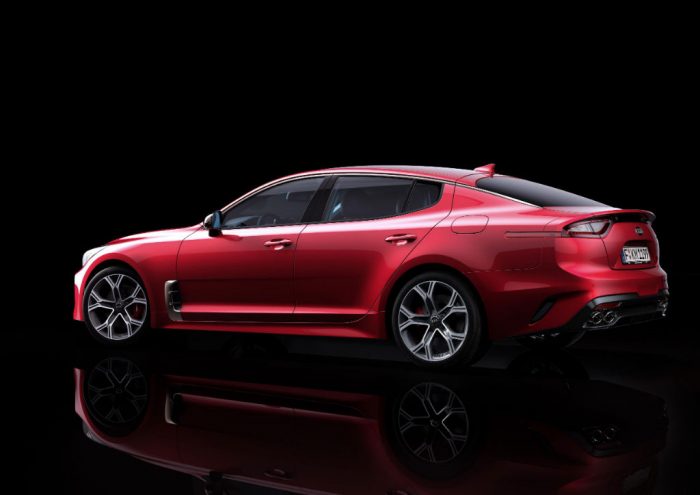 Although the overall design hints quite a bit of the Optima, the Stinger has the looks to match the name. Have quad exhausts ever been seen on a Kia? 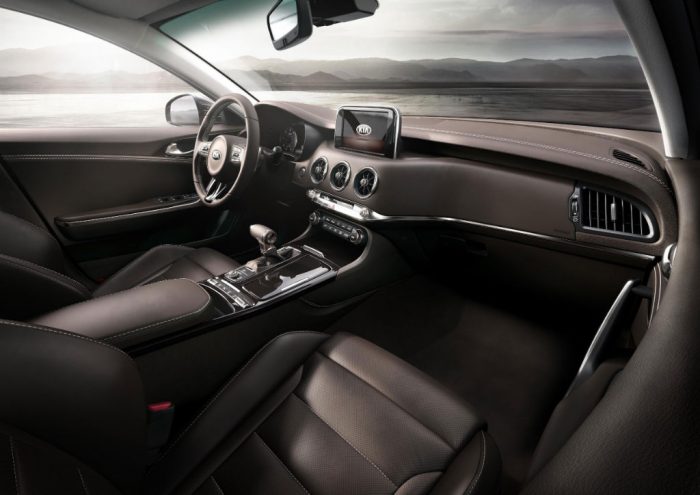 Connectivity hasn’t been overlooked and the Stinger will come with a height-adjustable heads up display, wireless phone charging pad, Bluetooth and a 720w Harman/Kardon audio system with 15 speakers.

Pricing will be announced closer to the Stinger’s launch date which will be later this year. 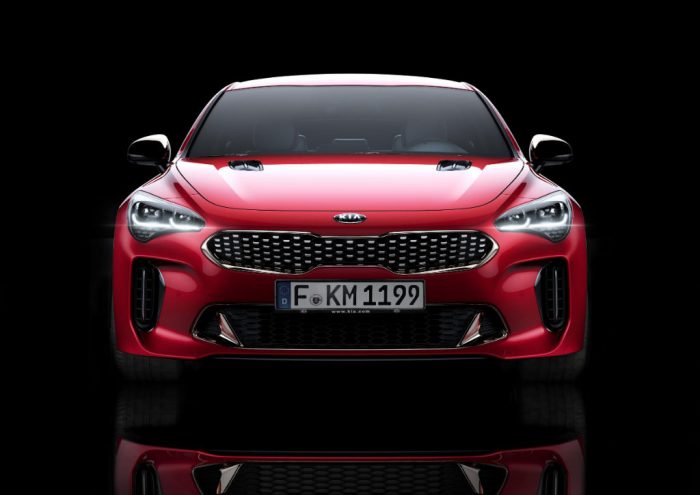 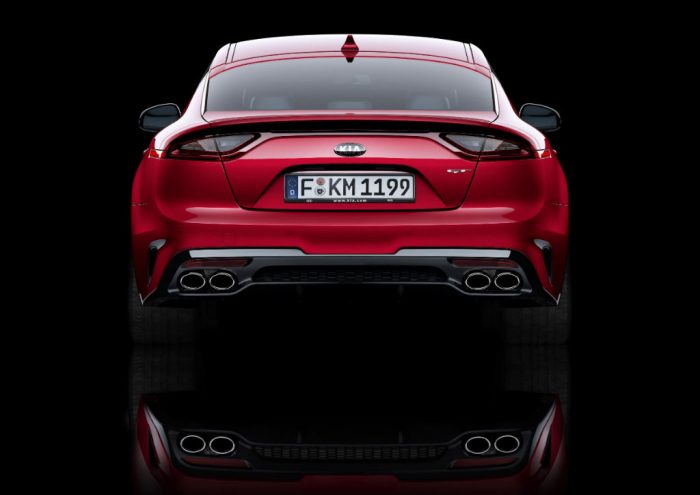