It’s always a pain in the behind trying to jump start a dead car. First you need to find the leads, which are always just that little bit too short. Then you have to get another car, hook it all up and more often than not leave it running a little while whilst some charge trickles back into the depleted battery.

That’s where the ease of a jump starter battery pack comes into play. We’ve reviewed the Cobra Jump Pack before, and although this Ring version is similar, the battery tech behind it is very different.

The Ring RPP900 is chunkier than the Cobra, but it runs on lithium phosphate as opposed to lithium ion. This means it’s far more stable, they resist heating up and it’s also not harmful to the environment as ion is. 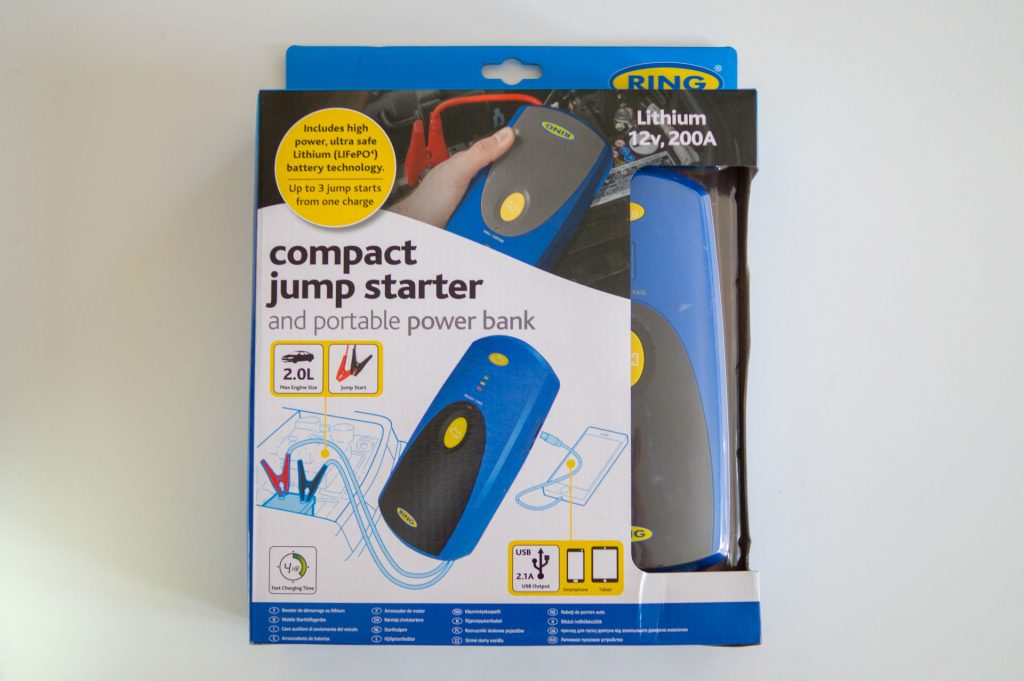 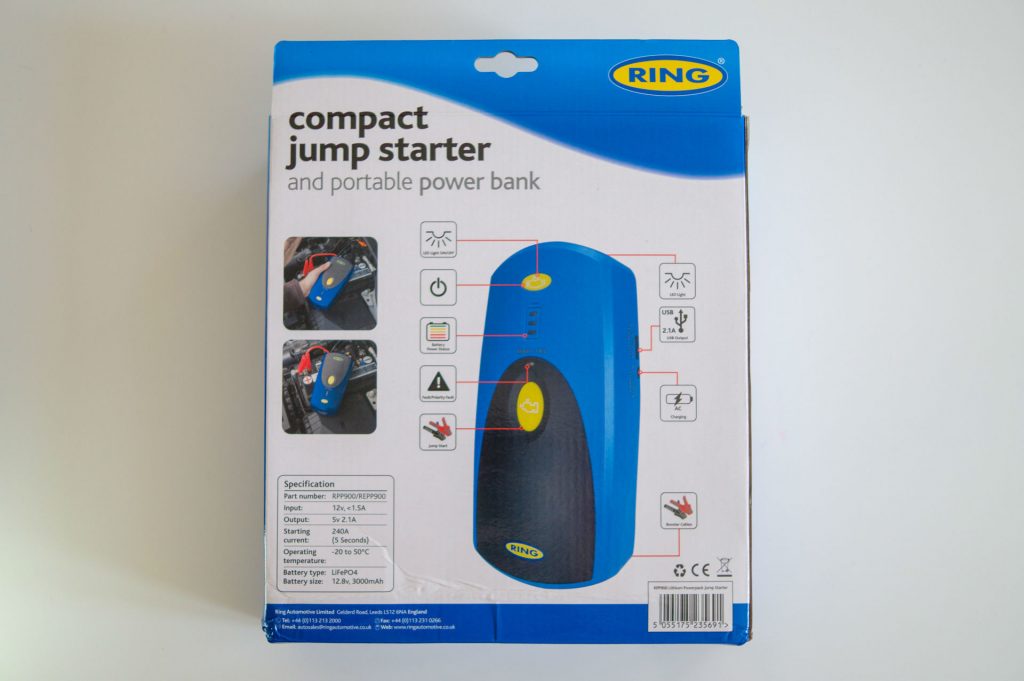 It’s a 3,000 mAh battery pack with a single USB output of 5v 2.1 Amp. On one end there’s a three LED flashlight, the other is the socket for the pigtale jump leads. You can charge it via your cigarette lighter, or from the mains at a rate of 12v 1.5 Amps.

A full charge from the mains takes 4 hours. 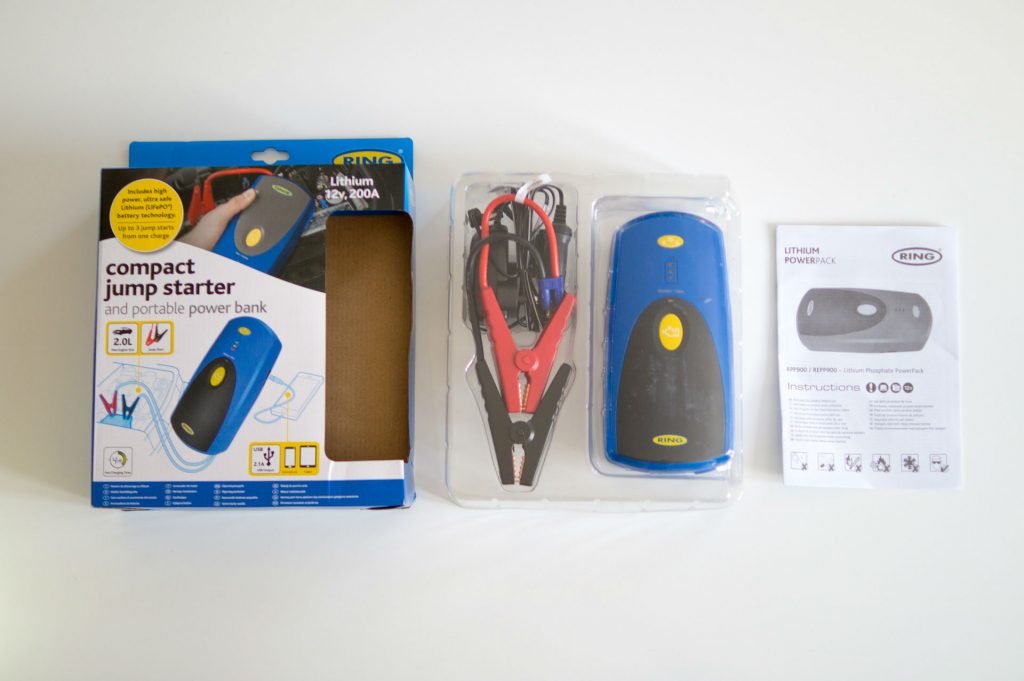 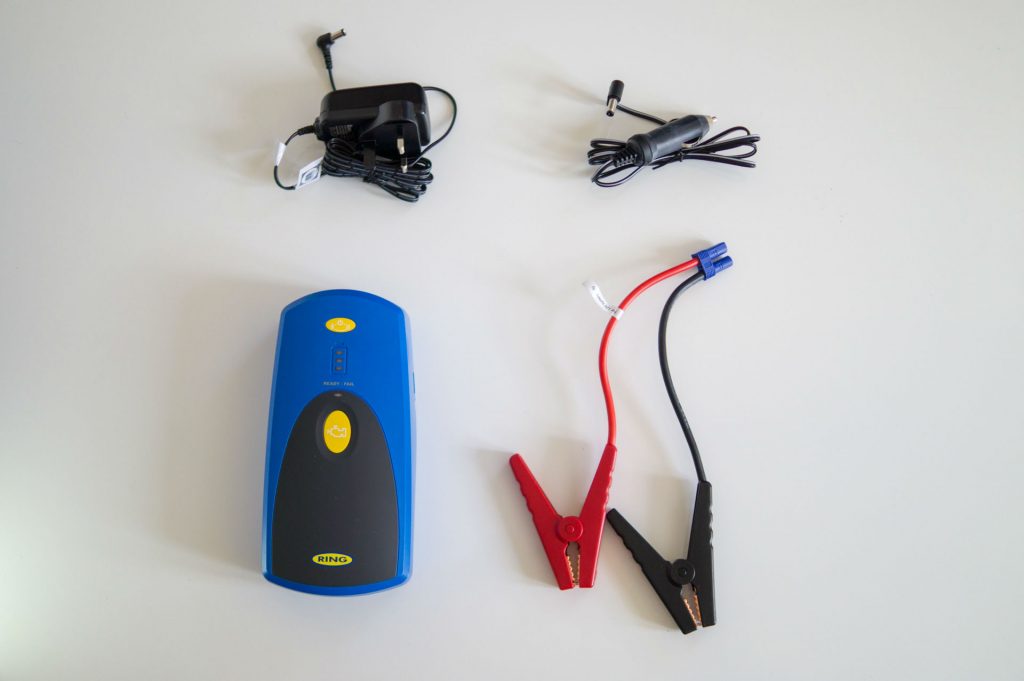 It’s similar to a standard battery pack you’ll use for your phone, but this has the extra addition of being able to pump out 240 Amps for 5 seconds. Enough to bring your car back to life if your battery dies. 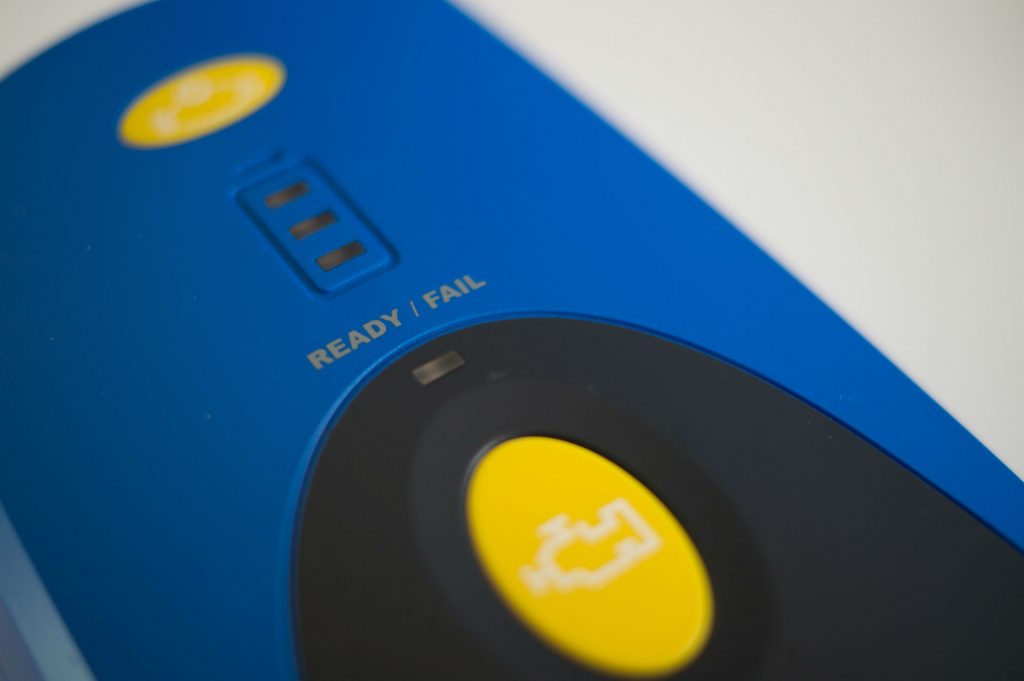 In a word? Great. We charged it up out of the box via the mains, it was fully juiced up in no time. The three LED’s let you know its current charge state, form red, amber to green being fully charged.

The PROJECT 106 GTi has been sat under a car cover for a good few months. Due to it being a 2 and a half hour drive away, it sadly hadn’t been started in a while.

Trying to start the poor old thing resulted in the lights dimming and a single crank of the starter motor, before the remaining energy was sapped into the ether. 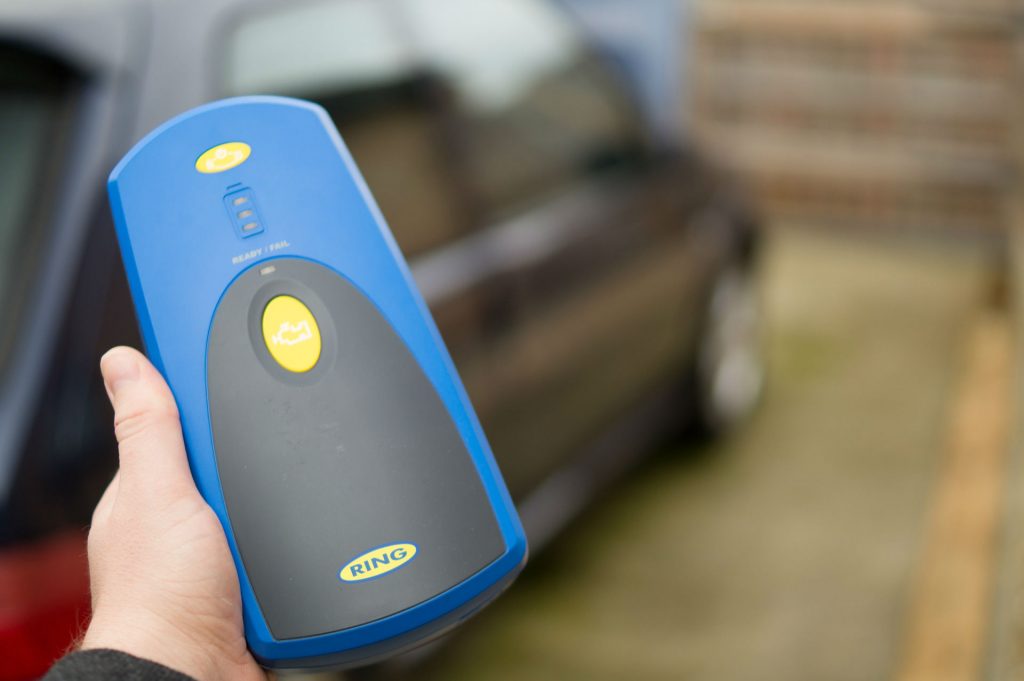 Popping the bonnet I attached the Ring battery pack. To turn it on you have to press the small button at the very top, connect the cables to the battery terminals and then press the large jumpstart button in the middle. The pack is then ready to give it it’s all.

Jumping back in I turned the key and the 106 burst into life. No mucking about finding cables, driving another car across the front garden and through the gates. Connect two cables and off I went. 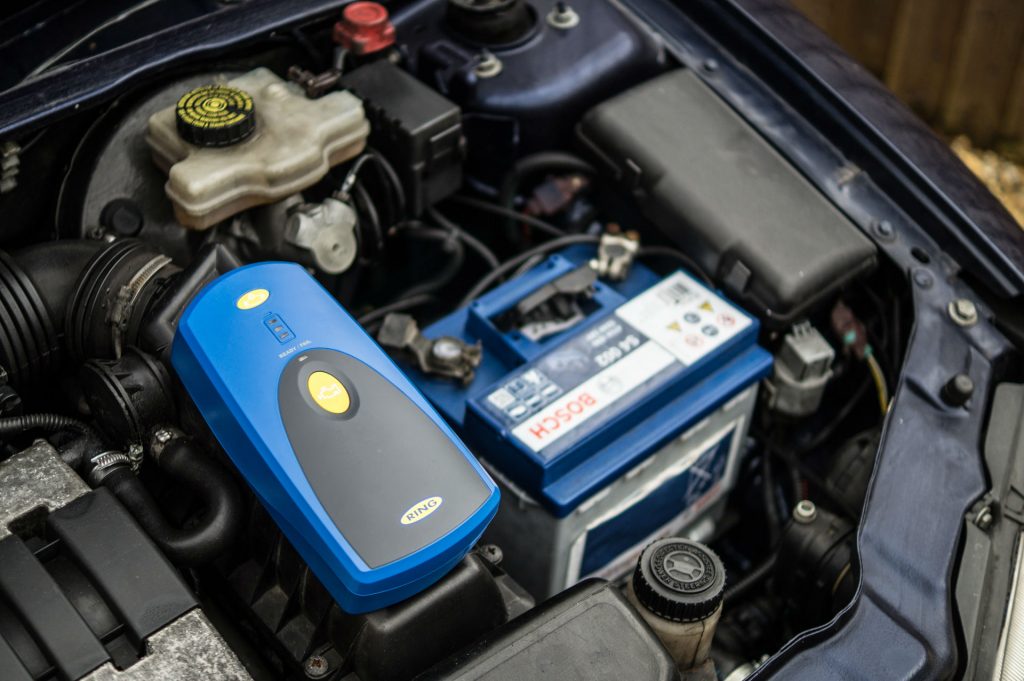 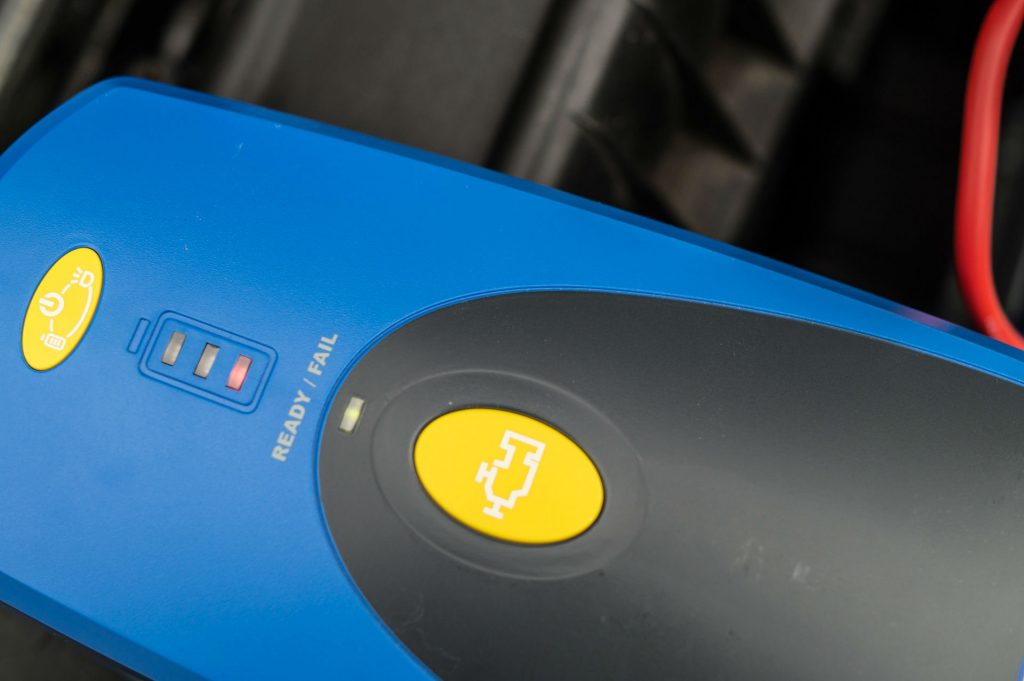 Now there are drawbacks when you compare it to the Cobra pack.

Firstly, you can’t charge it via USB which means you have to keep the mains adapter handy, or charge it in the car. That’s no big deal, but if you’re caught without a fully charged pack you’re more likely to have a generic USB charger and a Micro USB cable, rather than a 12v 1 Amp power supply. 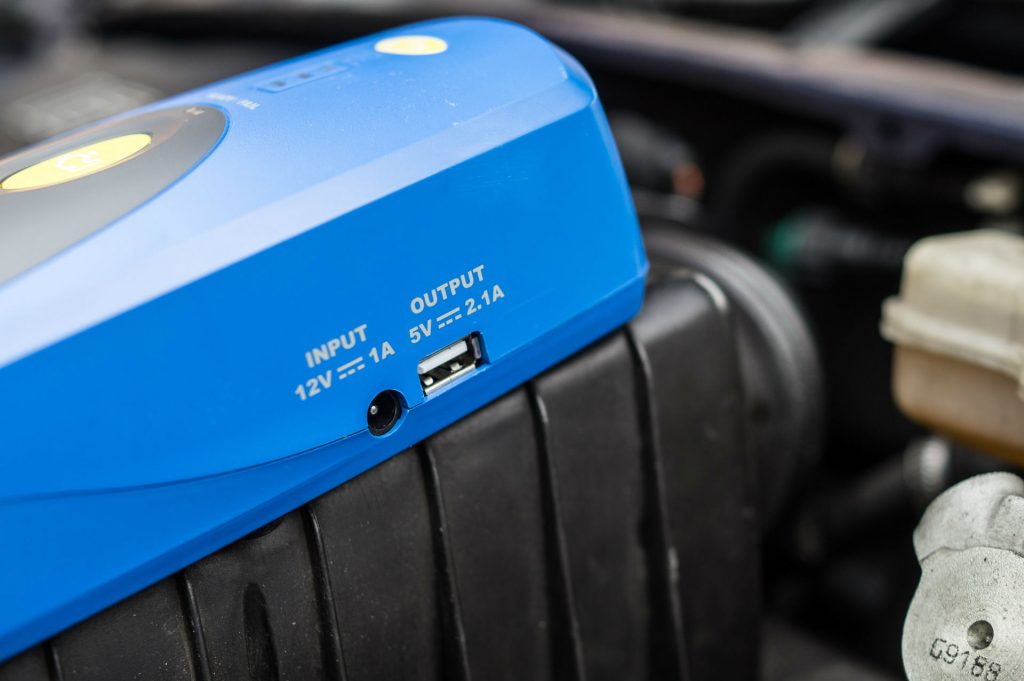 Secondly is the size, it’s so much bigger than the Cobra Jumpack. Measuring in at 20 cm long, 10 cm wide and 6 cm deep. Whereas the Cobra is a similar size to the type of battery pack you’d charge your phone with. This is more…brick sized.
Portability is only an issue if you actively use it as a back up battery for your phone, this is more a ‘leave in your car’ or ‘keep in the garage’ affair.

Thirdly, it packs just under half the mAh as the Cobra, 3,000 as opposed to 6,000. You’ll still be able to jump up to three cars from a single charge, but recharging your phone would be a different matter. Most modern smart phones have a battery roughly 2,400 to just over 3,000 mAh, meaning you’ll only be able to charge your phone from dead once. 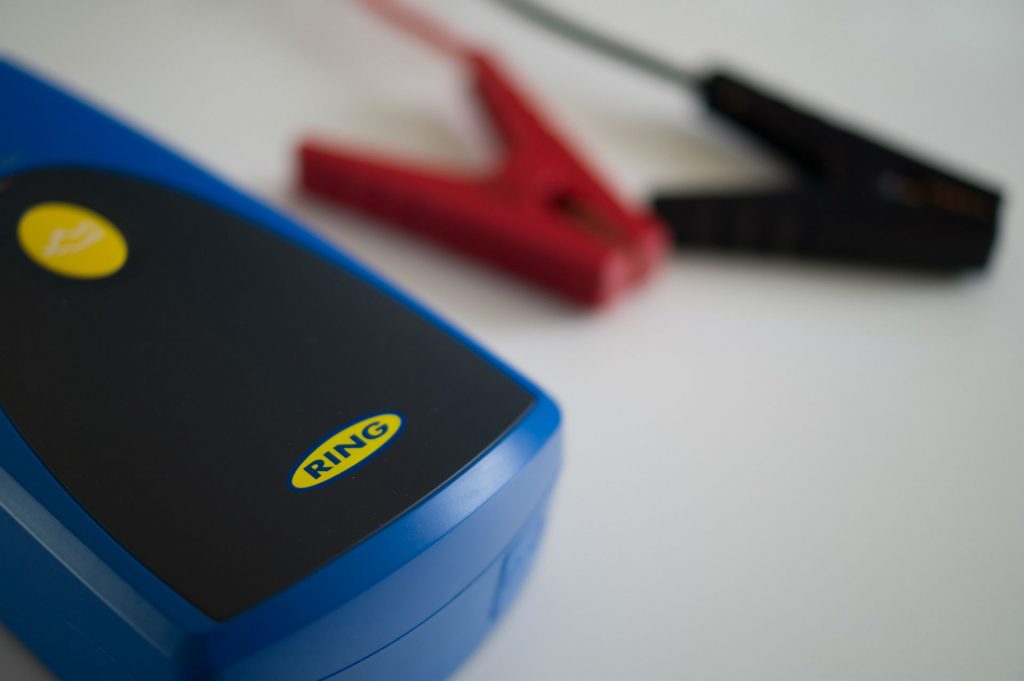 However, the larger size and less capacity is at the forfeit of the battery tech inside.

The lithium phosphate matches your batteries voltage which is crucial for safe jump starting, you don’t want to be blasting too many Amps into your car…possibly damaging something electrical in the process. It also won’t spark unlike other battery packs can do, and there’s reverse polarity protection without the need for an external fuse.

It will start cars up to 2.0 litres, and probably a little above that to be honest.

Ultimately the Ring RPP900 does exactly the same as the Cobra but in a slightly different, safer way. The Ring will be kinder to your car, but packs less of a charge if you want to use it as a portable battery back up for your phone.

In terms of price, the Ring compact jump starter will set you back around £69.99 on Amazon.

There’s also a higher power version, the RPP950 which will jump start vehicles up to 3.0 litre. 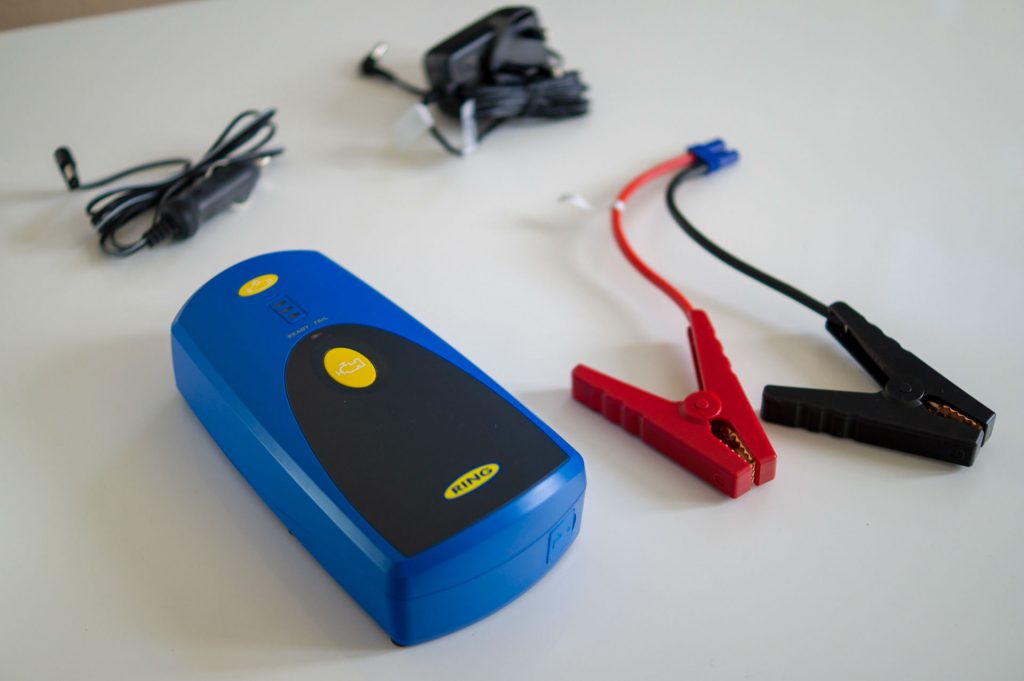