Last year we won best individual automotive blog at the UK Blog Awards 2017. This year, with Carwitter being part of my full time vocation, I entered into the Business category…and won!

Two years in a row Carwitter has been voted the best automotive blog in the UK. I’m not quite sure winning the individual and then the business category back to back has ever been done.

I didn’t think it was possible. I applied for the sheer hell of it thinking Carwitter wouldn’t stand a chance after winning last year.

When the highly commended was called my heart sank, it wasn’t Carwitter. Then as the seconds felt like minutes between the winner being announced my heart began to race, could it be?

The next thing I remember is buttoning up my dapper white Dobell tux and walking past the hundreds of people sat clapping. It was happening. Again. 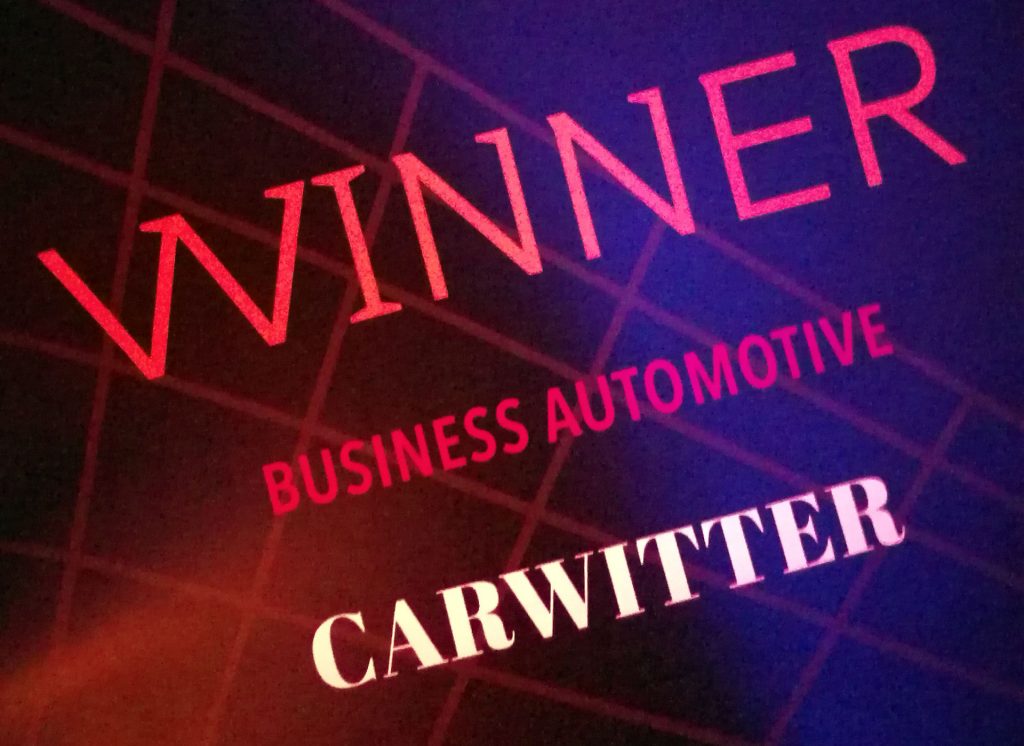 As ever the site wouldn’t be winning awards or where it is today without the fantastic writers past and present. They include Ethan, Ben, Tom, Emma, Mike and the skills of our freelance buddies Jason and Olgun.

But the whole journey started with a chance encounter with Mr Carlton Boyce, without a long and seemingly random set of occurrences I wouldn’t be sat where I am now writing this. Motoring’s Phil Huff has also been instrumental in his support and guidance on my journey so far. 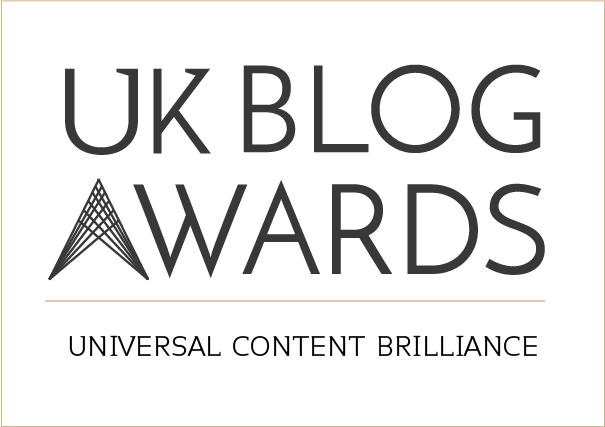 Whilst the site was a winner, it seems the awards are now at a loss.

Gemma Newton has either sold the UK Blog Awards company, or a new MD has simply taken over. But the lack of professionalism in the whole event compared to last year was glaringly obvious.

Parts of the ‘stage’ fell off whilst the opening speech was happening, the judges weren’t there to hand awards out, a number of the award givers seemingly didn’t turn up as the names projected on screen weren’t the same as the people being announced and then one of the hosts ended the evening with the line “Now we can all get pissed, wheyyyy”. Hmmm.

Also, there was no actual award. If you title your company the ‘UK Blog AWARDS‘, you should really be giving out an AWARD. Not a printed piece of paper in a gold padded envelope. I mean at the very least, how much do frames cost?!
Many of the entrants no doubt travelled great distance, at considerable expense to London for the evening. That’s without the cost of tickets (myself & other finalists received a free ticket, so can’t complain here). But to then be given a ‘certificate’ is not only a big disappointment, but a bit of a joke.

There was no Wi-Fi, and due to us being in the basement of the Marriott hotel signal was terrible for most. I had to tether off another phone to actually Tweet anything during the night. It’s pretty obvious bloggers are social media orientated, so why was there no Wi-Fi?

Also, the current pinned Tweet on the UK Blog Awards Twitter account is regarding the 2017 winners. Embarrassing.
Last year there were live posts on social media from the UK Blog Award accounts when the winners were announced. This year it pointlessly happened the next day. 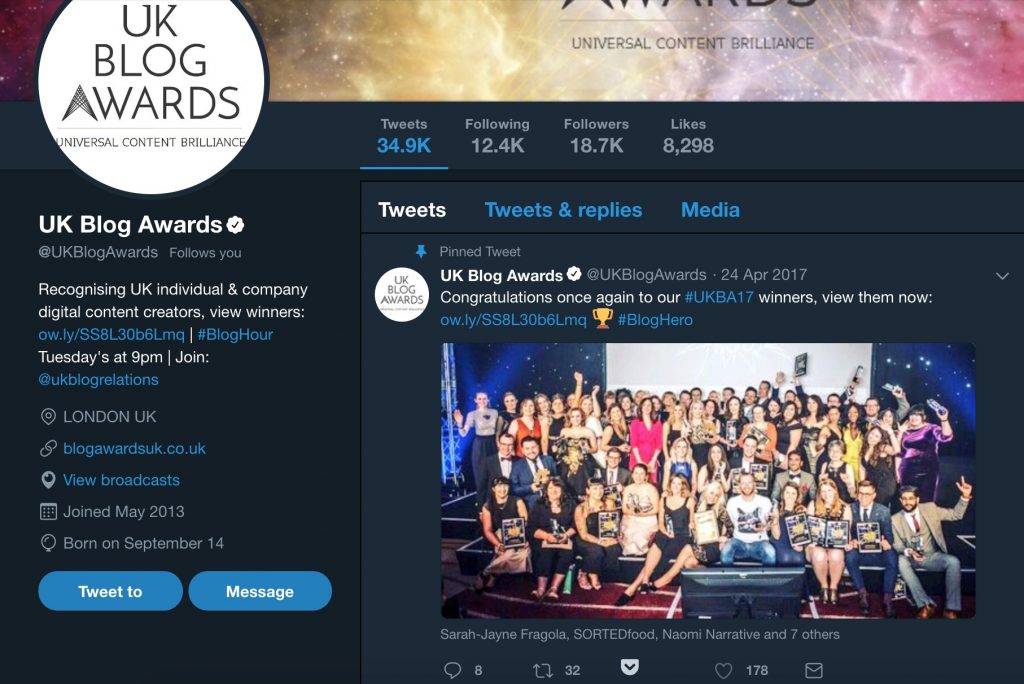 I feel sorry for all of the entrants whose first year attending was 2018. The awards evening simply wasn’t up to scratch. It was terribly sad to see how much it has declined in just 12 months.

The Key To Customisation: Making Your Car Your Own