Do you remember the time we crushed a car with a tank? Well, those guys (Nick & Todd from Tanks-ALot) found what’s thought to be £2,000,000 in gold bars in a used tank, in a plot straight out of Three Kings.

The tank in question was purchased for £30,000 off eBay. This whole find was filmed as often live munitions are found inside tanks, which means the Police have to be called to dispose of the bullets/guns.

With the tank being Kuwaiti it’s likely that it’s original crew came across the gold stash during the first Gulf war. A hole was then cut in one of the external fuel tanks for the gold bars to be hidden. For the next 26 years it’s made its way from the Gulf to the UK and been undisturbed rattling around inside an external diesel tank.

The Police now have to try and trace the owners, which could either be the the Iraqi government or maybe the Hussein family. So chances could be slim of the guys actually getting to keep it, but at least they are in with a shot!

It honestly couldn’t have happened to two nicer guys. Nick and Todd are genuinely insane, in the best way possible. My day with them was one of the most memorable i’ve ever had. 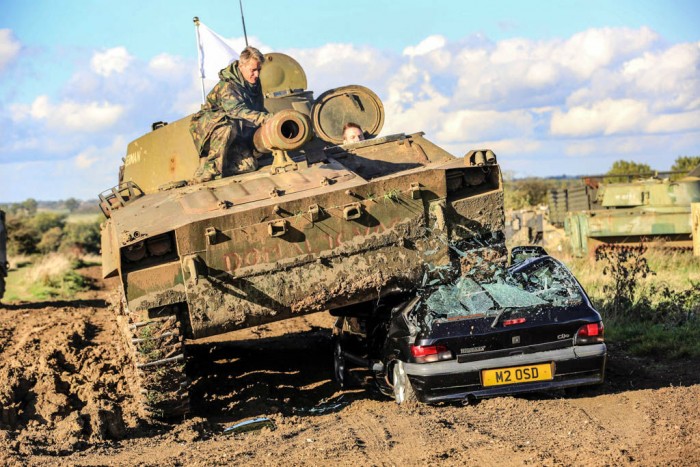