BMW, as a company, is keenly aware of the fact that technology is forever moving forward. Part of the reason why the company spent so much money developing the i8 was because they saw the writing on the wall: that cars were going to go electric and get faster and cheaper.

But BMW isn’t just a manufacturer that makes cars. For decades, they’ve also been making waves in the motorbike industry. 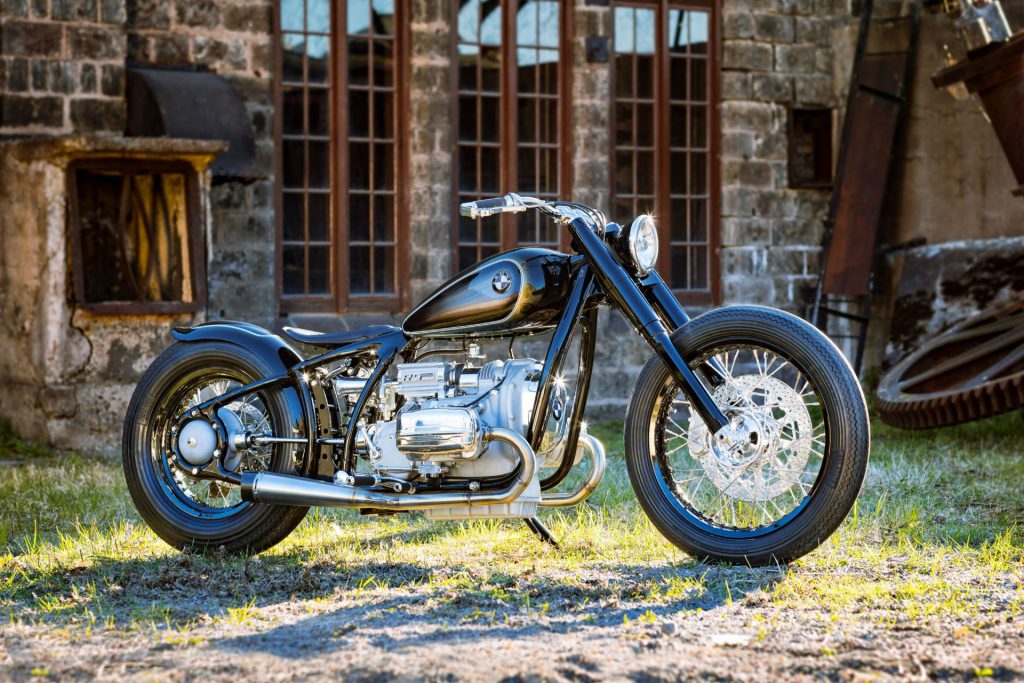 This year, they’ve decided to push the boundaries of what’s possible here too with the introduction of a new concept which they hope will reduce the amount of motorbike accident injury compensation paid out in the future.

The concept is called the Motorrad Vision Next 100, and it’s a bike which has been designed with a “self-balancing system” effectively preventing the machine from toppling over due to rider error. 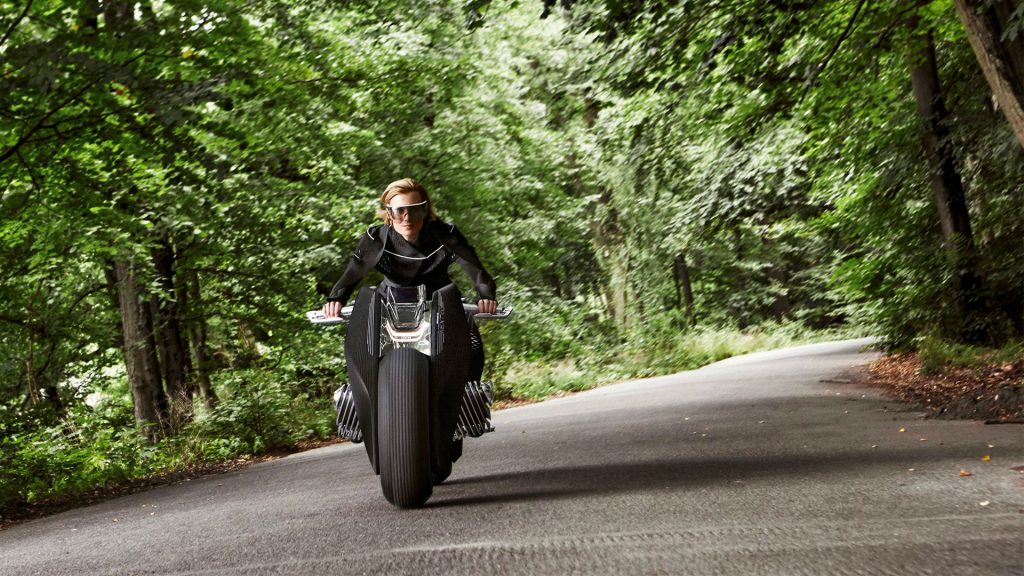 BMW is so convinced by the system that they claim the new bike will liberate riders from the need to wear a helmet and has gone so far as to picture riders on its concept with their hair flowing in the wind.

Adrian Von Hooydonk, the man at BMW Group Design behind the concept, says that the new Motorrad Vision concept is just that: a vision of what motorbiking will be like in the future.

Von Hooydonk says that the bike represents what motorbiking could be like if all the safety downsides were dealt with. He says that the vehicle is so safe (because it doesn’t fall over) that accidents will be a thing of the past.

But is this just science fiction, or could a bike like this actually be built? Von Hooydonk thinks so.

He says that the motorcycle would rely on a self-balancing system – a system that would adjust the braking forces on the front and rear wheels to keep the bike upright. He also says that BMW would provide riders with a pair of smart glasses which would help them to predict possible hazards on the road, warning the driver ahead of time rather like autonomous cars do today. 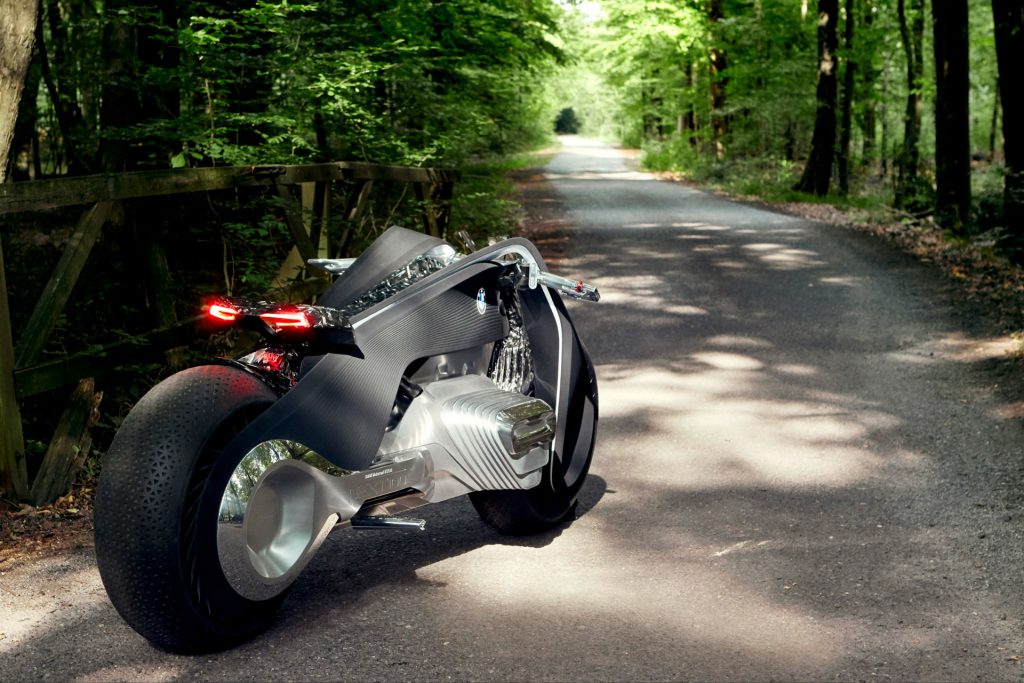 The bike also turns corners in an entirely different way to bikes of the past. Instead of the rider physically turning the handlebars to turn the front wheel and causing the bike to change direction, von Hooydonk says that riders will simply move the handlebars in the direction that they want the bike to go.

This movement will move the bike’s entire frame, ensuring that the stabilisation system remains active and stops the bike from toppling over.

BMW wanted to make a splash with the new Motorrad vision. As such, they’ve based the design of the bike on the R32, a motorcycle the company released way back in 1923.

The surface of the bike is covered with a type of matte texture, while the body and the wings are constructed from carbon fiber. Red strips under the bike will serve as indicators, shining their light on the road surface below.

It’s not clear whether or not this bike will be ready for the centenary of the R32 in 2023, but it’s going to make quite a stir if it is ever released to the public.