Great scot look at that gopper! The Audi Prologue concept has been unveiled ahead of a hurricane of speculation thats been swirling around for years. This can indeed be seen as a preview for a potential A8 Coupe/A9 model but is officially a design study outlining where Audi sees itself going aesthetically over the coming years.

Expect to see elements of this cars design direction on the upcoming B9 A4, A5 and next gen’ A8 from which a higher end luxurious coupe like this could be spawned. 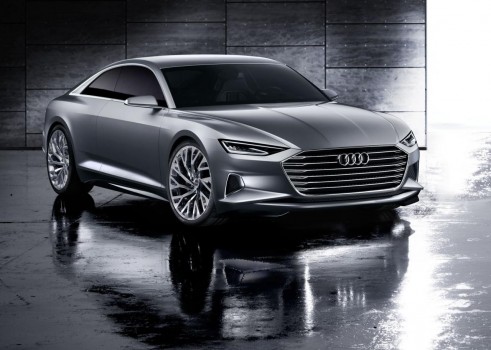 Lets look at the design itself shall we. Obviously the only other car like it that Audi sells is the now rather long in the tooth A5. A car that since its introduction has been celebrated as a champion of restraint, symmetry and chiselled jaw handsomeness. The prologue is on one hand an extension of this philosophy yet on the other is definitely approaching the land yacht footprint of its contemporary S-Class Coupé.

That “gopper” is actually quite attractive in spite of its ridiculous size although I wouldn’t expand the proportions from there. Everywhere else its all very minimalist and restrained at points, and angular at others. 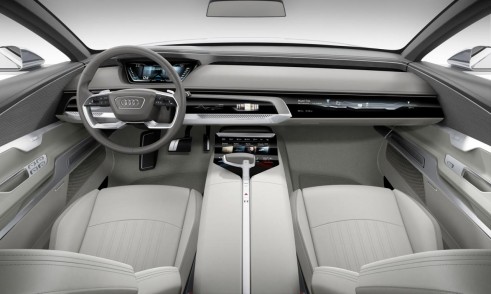 The interior follows on with this European modern art deco’ theme, too. There are in fact quite a few elements of the late great Saab I detect, too. Bits of clean cut Volvo among other pleasant wafts of the zanier end of Europe. 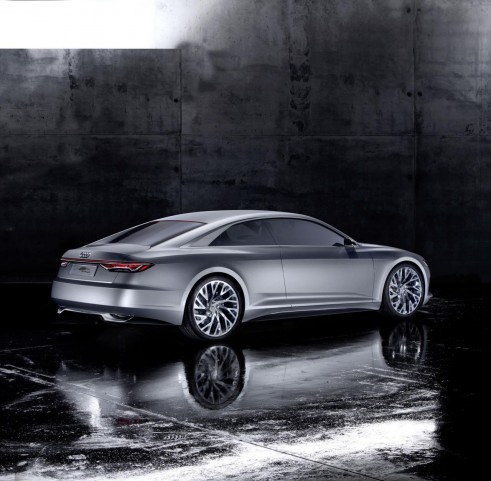 In spite of the Prologues quite pleasant overall constitution I still look at it with a frowning expression.

Theres something not quite right. Theres nothing ugly, but I get the impression they accidentally went with the second or third best design proposal.

Such is the way with concepts that exploration of the unorthodox is encouraged. They are by their very nature a mere automotive taste tester.

It might be one to appreciate more in the flesh… 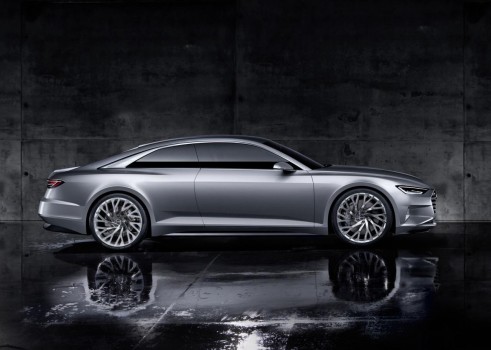 In spite of all my waffle, the Prologue will be on display at LA Motorshow 2014 with its 22 inch wheels and mobile driver identification system. What’re your thoughts?