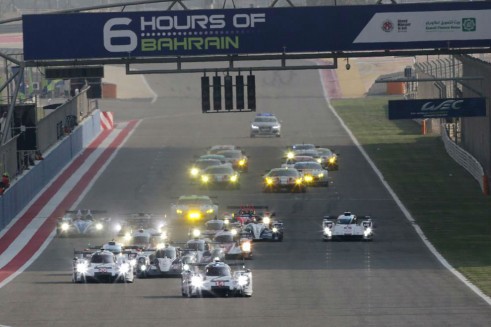 Toyota clinched their fifth victory out of seven World Endurance Championship rounds as Anthony Davidson and Sebastian Buemi were crowned champions despite finishing a lowly 11th.

The race was won by the #7 car of Alex Wurz, Stephane Sarrizan and stand-in Mike Conway, but it was the #8, delayed by an alternator problem earlier in the race, that clinched the title. 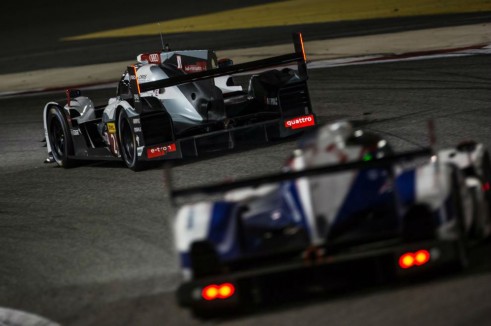 Porsche again provided the main opposition to the Japanese cars, with the Neel Jani getting close to the leaders after their final pit stop, but their challenge was ended when the #14 car was forced to pit for a late splash of fuel.

Wurz, Conway and Sarrizan lead all but a handful of the six hours, relinquishing the lead under yellow flags when they pitted for fuel.

Copying the strategy that served them well in Shanghai that stop negated any need for a late splash, allowing the trio to catch and pass the 919s in front and cruise to their victory. 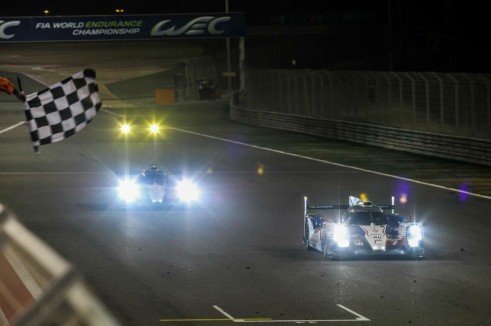 The #8 was on to make it a 1-2 finish but lost 18 laps due to an alternator problem in the second hour.

Their troubles mean that if the #2 car of Benoit Treluyer, Andre Lotterer and Marcel Fassler could finish second or higher the title race would go down to the last round.

But they could only manage fourth, the R18s again struggled with outright speed on the long straights of Sakhir and spent a lonely and uneventful race well off the pace.

Porsche clinched a double podium behind the #8, Neel Jani, Romain Dumas and Marc Lieb held off the #20 car as Mark Webber was powerless to attack his team mates while on ageing tyres. 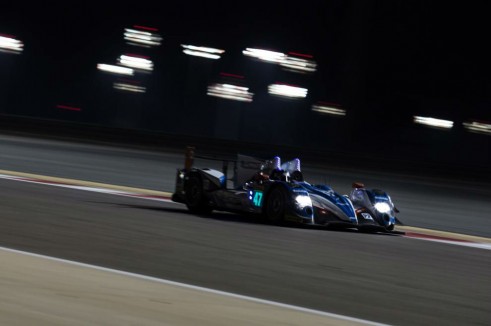 In LMP2 the #47 Oreca Nissan of KCMG took its second victory of the year, cruising to a dominant three-lap victory ahead of the #37 SMP Oreca of Kirill Ladygin, Anton Ladygin and Viktor Shaitar.

The championship contending second SMP car was forced out of a drama filled race late on after gearbox trouble caused oil to spew out of the rear of the #27 with less than 20 minutes to go.

Nicholas Minassian had already been slapped with a controversial stop-go penalty after making contact with one of the LMP1 Audis. 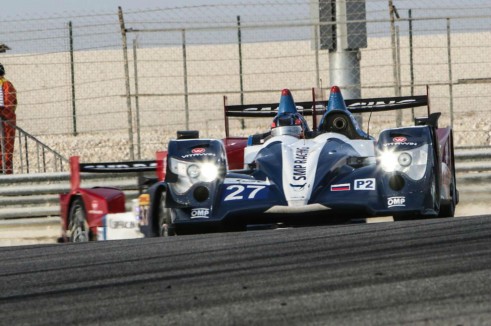 Their demise meant Sergey Zlobin was passed for the championship lead by the G-Drive crew of Olivier Pla, Roman Rusinov and Julien Canal, who managed a fourth place finish despite breaking two wishbones in contact with other cars. 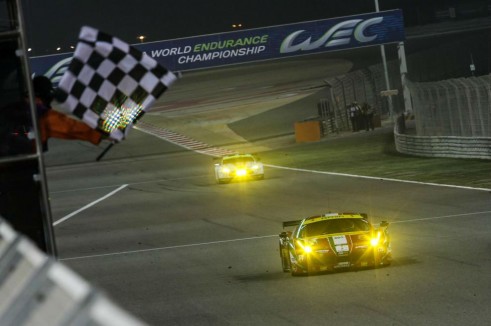 The GTE Pro drivers title was also decided a race early, the #51 AF Corse Ferrari fought back from their nightmare Shanghai weekend to take a close fought victory and clinch the title for Gianmaria Bruni and Toni Villander.

The Ferrari 458 took the chequered flag just a handful of seconds clear of the hard charging #97 Aston Martin after Darren Turner had slashed a 20-second deficit in the final stint to run the leaders close. 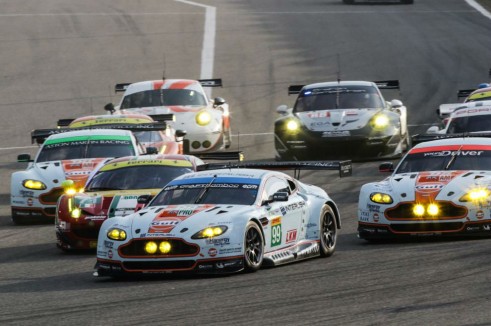 All three manufacturers led the race at some point in a close fought battle that overshadowed the prototype procession for long periods of the race.

James Calado and Davide Rigon helped Ferrari push further ahead of Porsche in the battle for manufacturers honours with a third place finish, forcing the two 911s to settle for fourth and fifth. 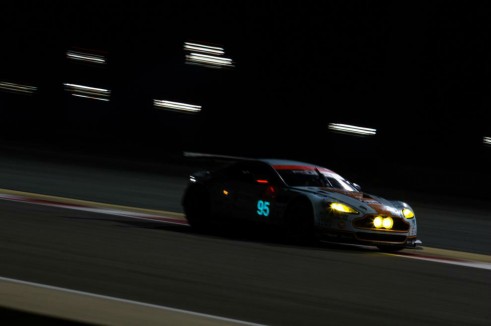 The GTE Am win and title were both claimed by David Heinemeier Hansson and Kristian Poulsen after they and Nicki Thim took a lap victory over the Ferrari 458 of Stephen Wyatt, Michele Rugolo, and  Andrea Bertolini.

The cars will now head for the season closing round at Interlagos with manufacturers and LMP2 title still up for grabs. 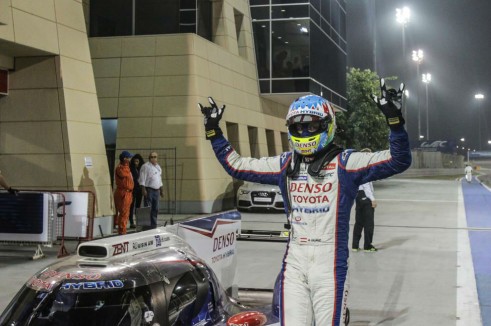 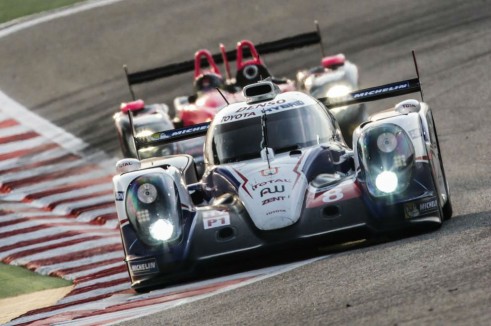 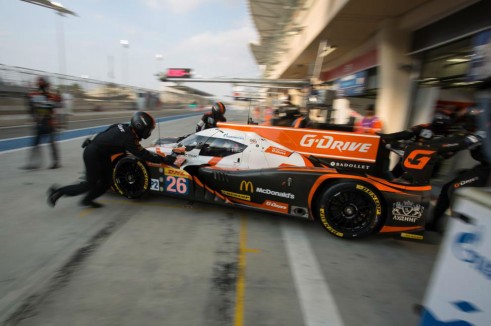 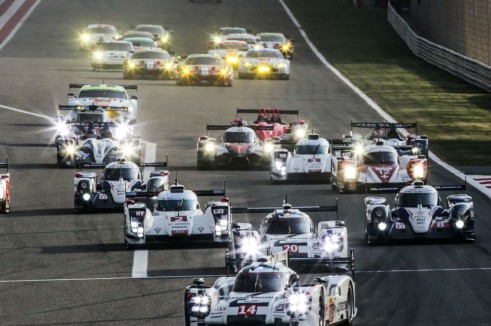 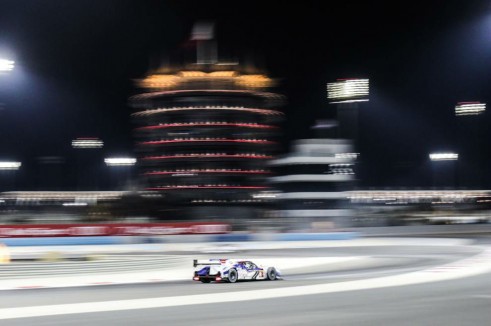 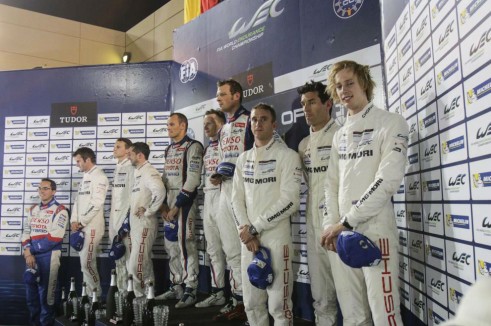 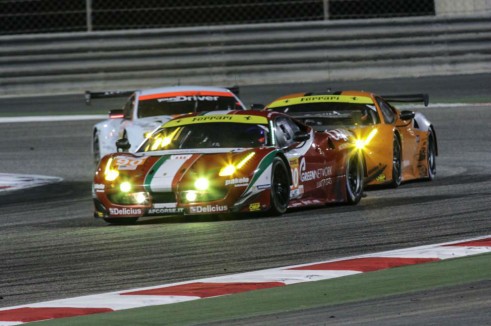 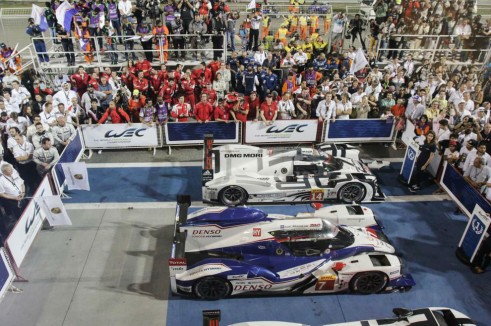