The Golf R is one hell of a machine with 300bhp, sophisticated torque vectoring all wheel drive and a whip-crack dual clutch transmission capable of taking 62 in under 5 seconds.

It was a more than capable front to the brutally quick but rather limp driving R badged efforts of Golf generations bygone.

With the DSG VW claims it’ll average 0ver 40mpg as well- categorically blowing its predecessors into the weeds as a viable practical proposition. 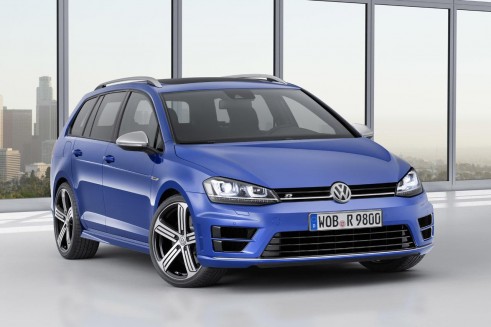 Now take that masterpiece of a hyper hatch, whack an estate body style on it for added practicality and you are potentially looking at one of the most effective all rounder point to point weapons on the market.

Thats not to mention the rear biased momentum that the added chunk of the wagon profile may lend in a fast bend on a track. If calibrated properly, the systems on this thing could give us track tomfoolery previously the reserve of some of the most miraculous four wheel drifters ever manufactured. R8, R35 GT-R, Impreza and Evo could be joined by the humble Golf.

62 arrives a little later than the hatch at 5.1 seconds but it is a mild trade off given the Variants added talents.

I reckon its better looking too. Theres something about a fast wagon that holds a presence on the road and commands respect whereas the hatch is more likely to suffer from the degrading “its still a Golf” comment. 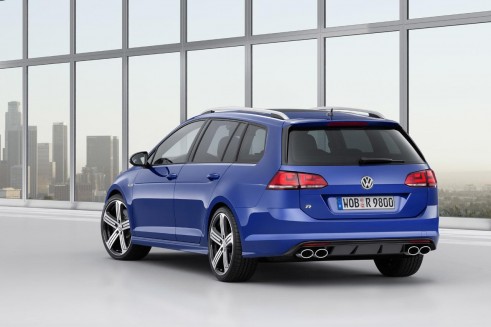 There is of course nothing humble about the price that any top of the line product from under the VAG wing commands. The hatch is yours for no less than £31,000… expect this to cost more still with some hatches passing the £35,000 mark with options.

Like the hatch the interior is a lovely step up from the rest of the range and this generations predecessors: holding its own at least in terms of quality in the face of products from Audi, Mercedes and BMW. 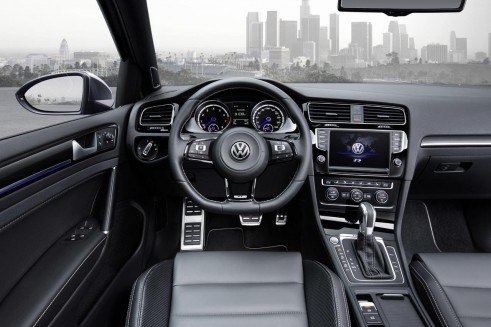 See the Variant unveiled at LA in the coming days and on our roads by summer next year.