Confirmed, unconfirmed, shelved, cancelled altogether- a convertible version of the sensual Bentley Mulsanne was never on the cards but never off the table either.

As is the way with these things an idea getting onto the road is entirely dependent on customer demand. 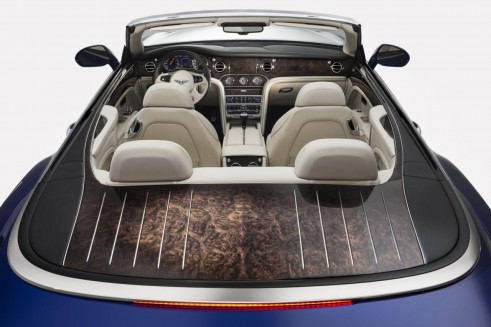 An attempt to capture the hearts, minds and indeed chequebooks of potential clientele, the Grand Convertible Concept is a very road-ready looking preview of what could be.

What an appropriate place to do so too. LA being the glamorous jewel of the west coast and within easy flying distance of Asia- much of the potential production cars target audience will be in attendance. 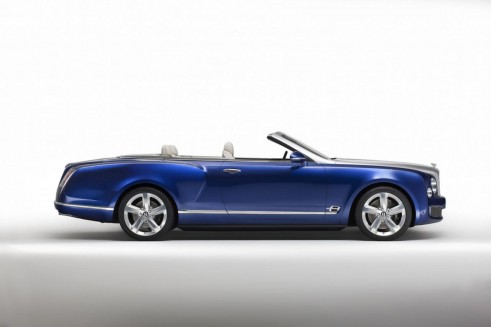 Much like the Mulsanne, the Grand Convertible follows a more traditional formulae for a luxury car.

It’s motivated by a 530bhp, 1100nm 6.75 litre V8. Acceleration and top speed figures are irrelevant but the combination makes for a soothing experience in the saloon- the same should be true of the GC.

Although I am a massive fan of these kinds of cars, I feel their time has passed. Much of Bentleys (and its rivals) clientele of late hang their hats in China and are very much committed to being driven, rather than driving.

The GC along with its competitor the Rolls Royce Phantom Drophead Coupe are cars more aimed at the customer taking the wheel. Bentley are wise to be tentative- offering it as a limited commissionable edition rather than a mainstream model if at all. 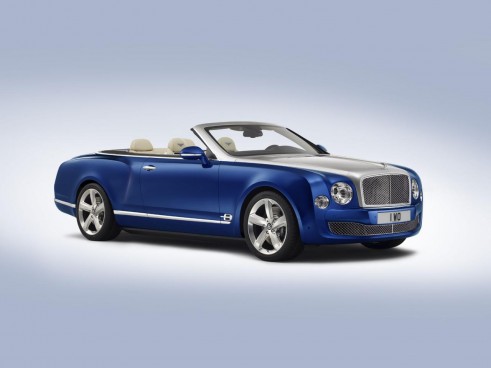 Hopefully the concepts ‘Sequin blue’ hue and ‘liquid metal’ accents wet the appetites of more than a few punters at LA over the coming days and can make an Azure, even if its limited in production number, a reality.