You know what it’s like, you’re driving along and there’s something rolling around in your boot making the most annoying noise. Many cars these days don’t even come with storage nets as standard, so you’re either left with your stuff getting damaged and thrown around, or wedging it down behind the back seats.

WeatherTech have a solution, Cargotech. 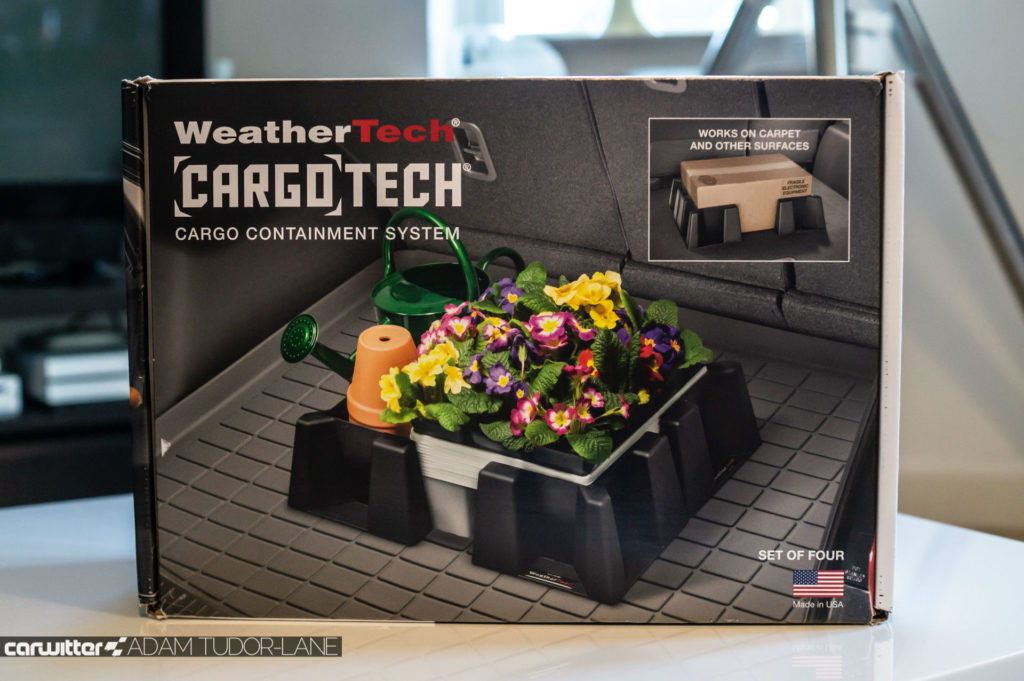 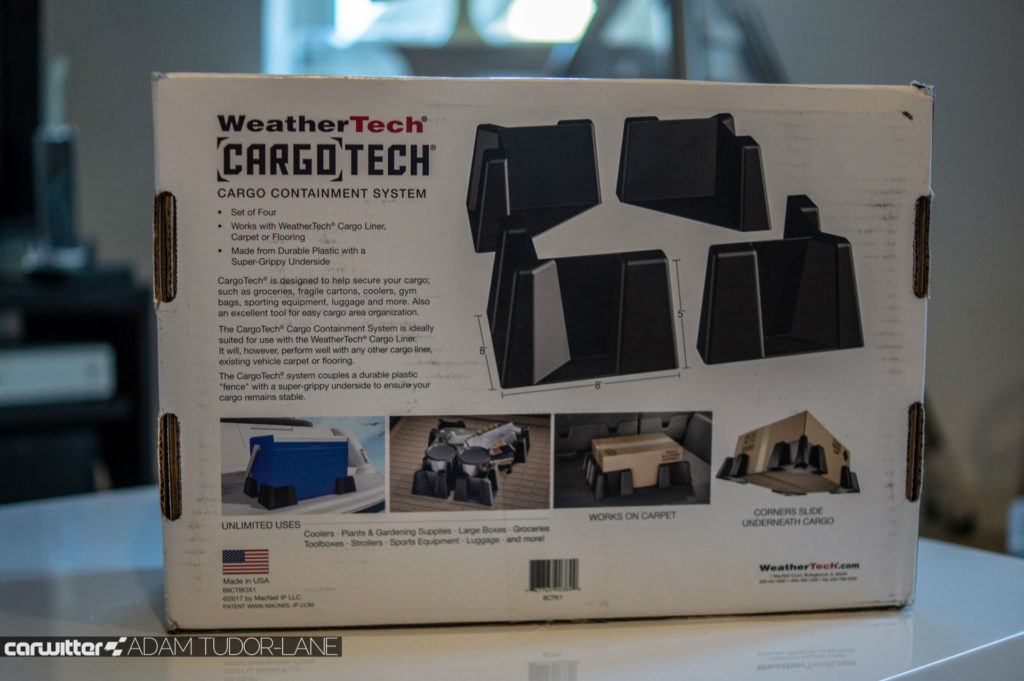 CargoTech is a set of four plastic blocks measuring in at 20.32 cm x 20.32 cm by 12.7cm. They act as a fixed point to stop your items from flying around while driving, they’ll hold things like luggage, sports bags, shopping etc. 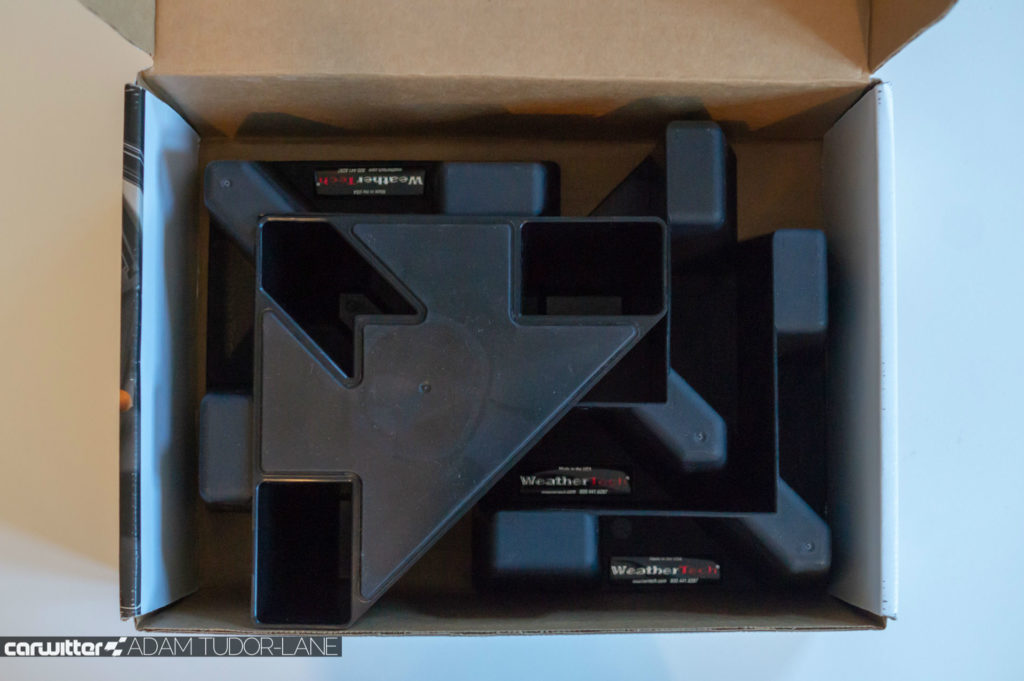 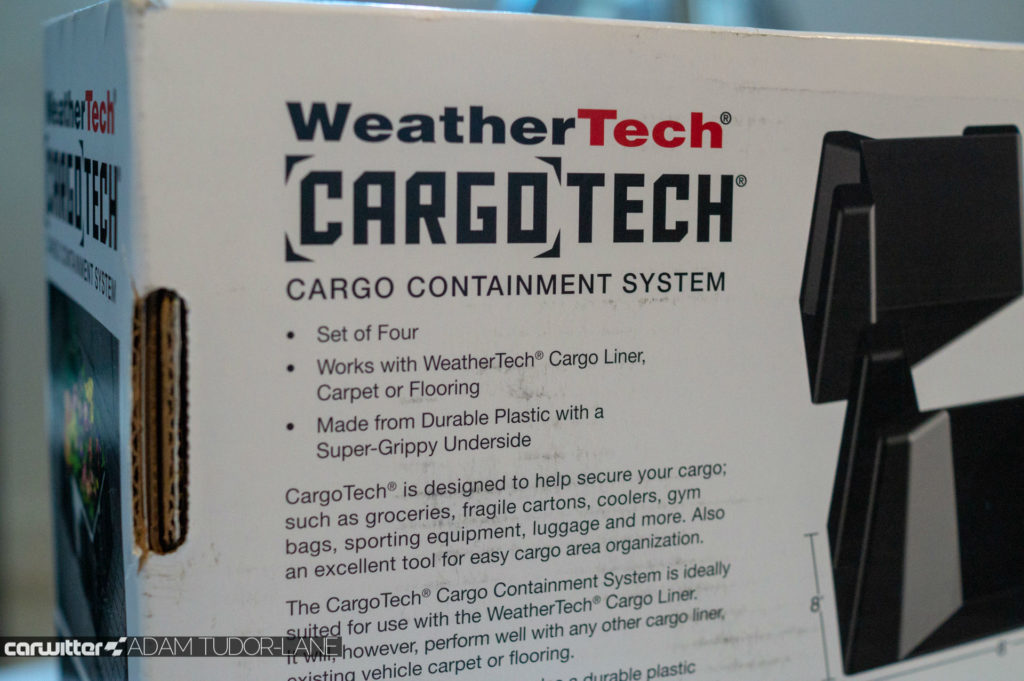 The underside of each triangular block features a sticky, almost rubber like surface. This means it works with existing carpet as well as WeatherTech’s very own Cargo Liners.
A combination of all four blocks gives so much friction that items put between them won’t budge. 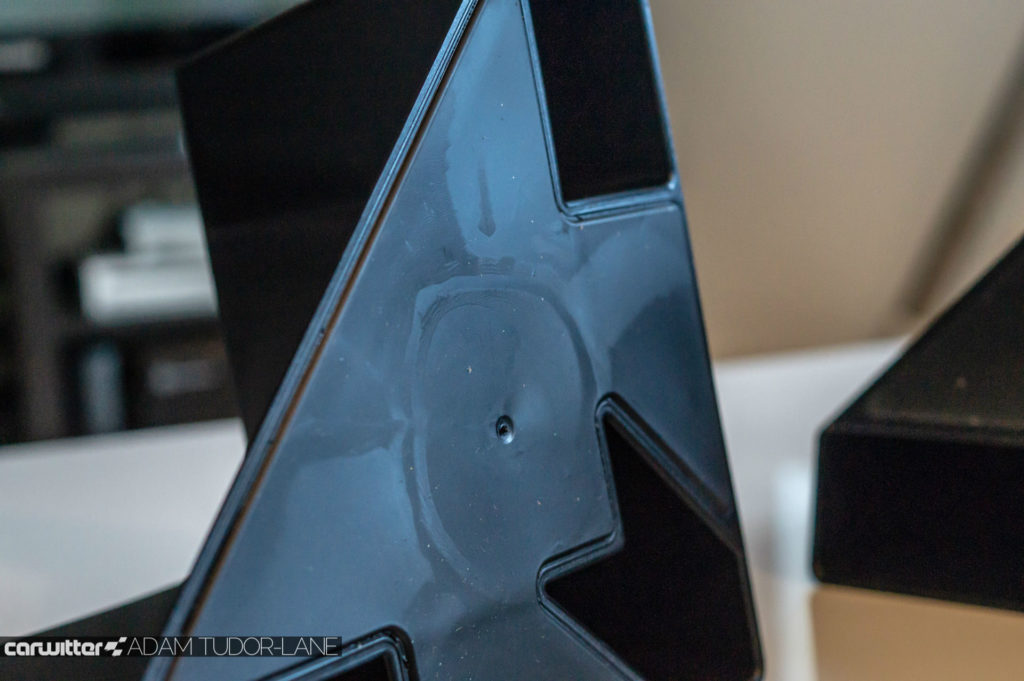 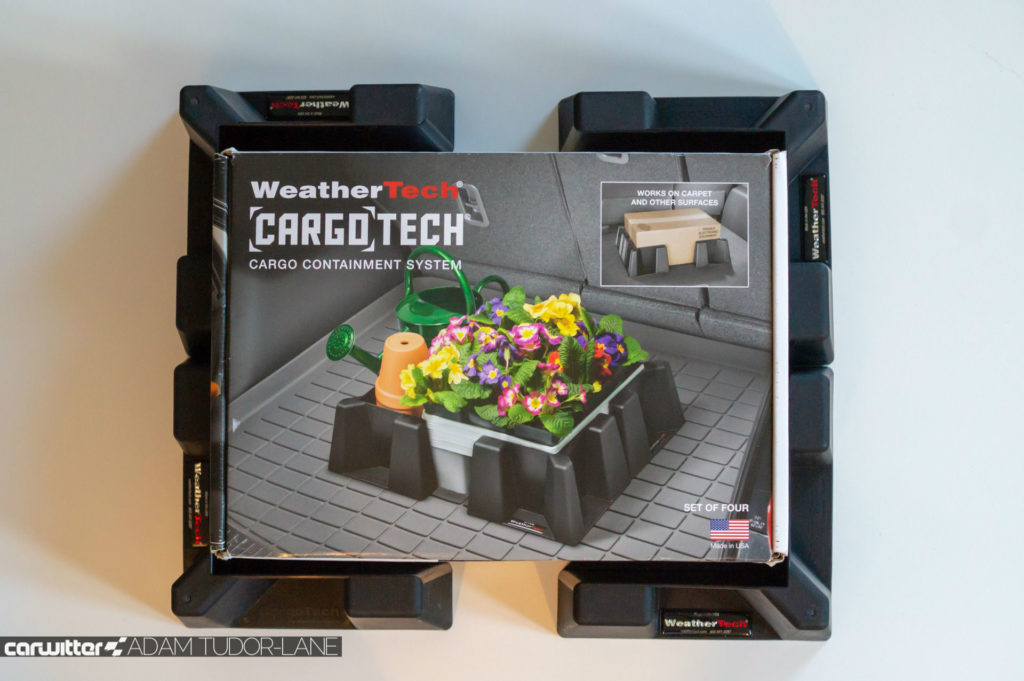 Well, we were rather dubious that this would work on normal boot carpet. When we’ve seen products like this in the past they always use Velcro, which obviously means they’re immovable but will also pull the pile up on your boot liner, likewise if you have a carpet boot matt.

Placing them down into the boot we put our aluminium case between them and went for a spirited drive. Half an hour later we came home and opened the boot, it was exactly where we’d left it. Which is pretty impressive seeing as the briefcase is fairly weighty, we added a laptop to it as well to give it some extra heft.

Now the ultra sticky surface does pick up dust and dirt, over time this can impact performance. WeatherTech recommend wiping the underside down with mild detergent or a damp cloth to remove this pick up. 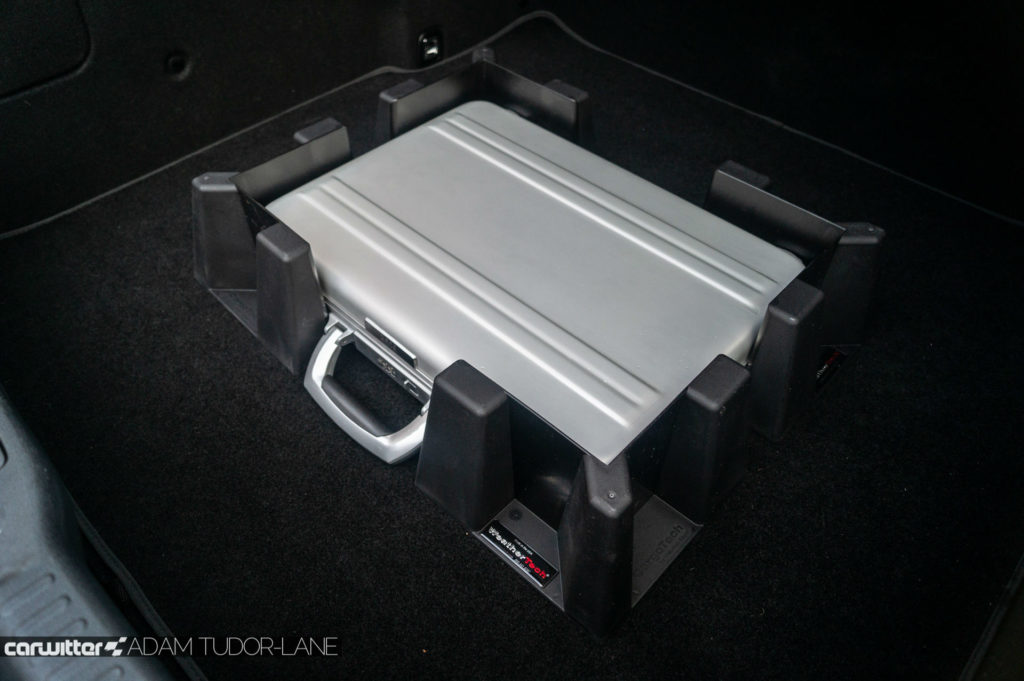 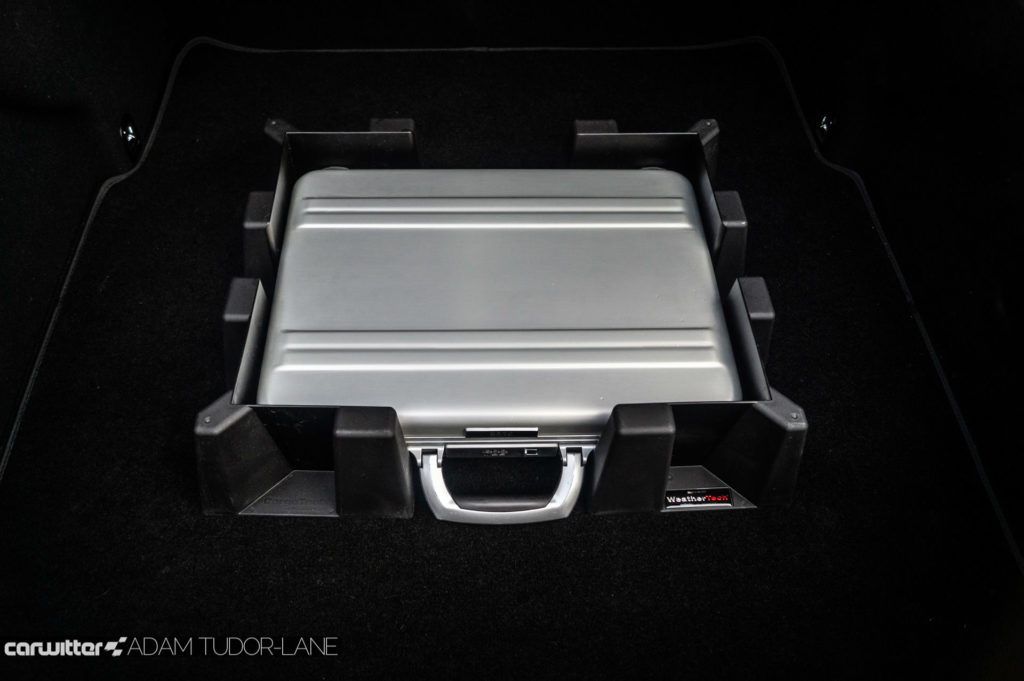 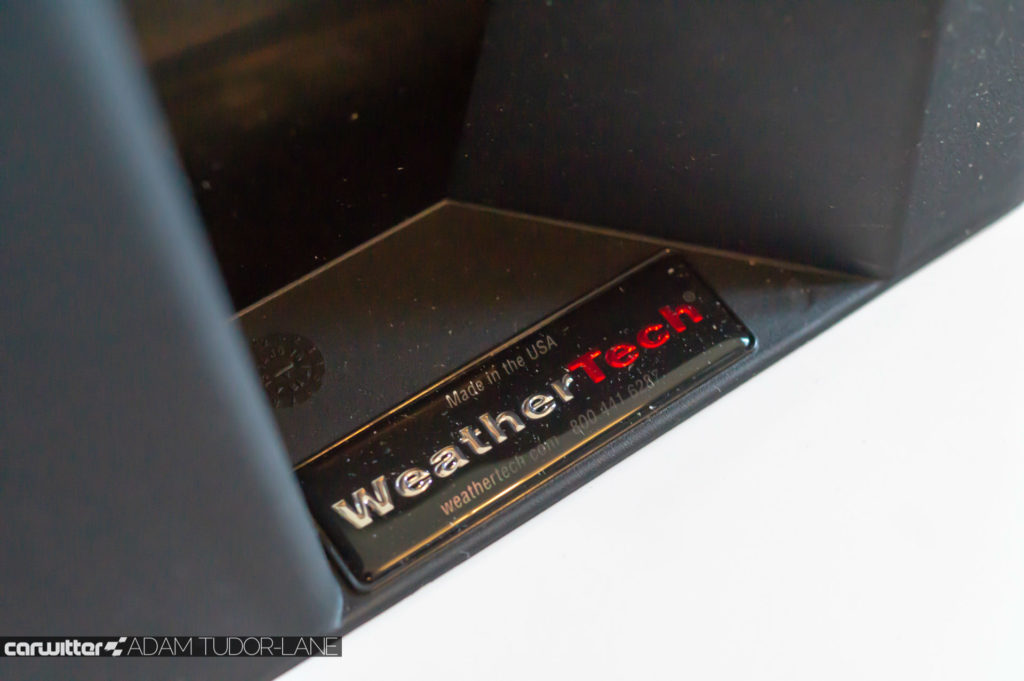 WeatherTech sell the Cargotech direct from their European website, everything ships from Parma in Italy and will arrive in 3-4 days.

Postage can be a little on the high side so it’s worth buying a few items to make it worth your while. 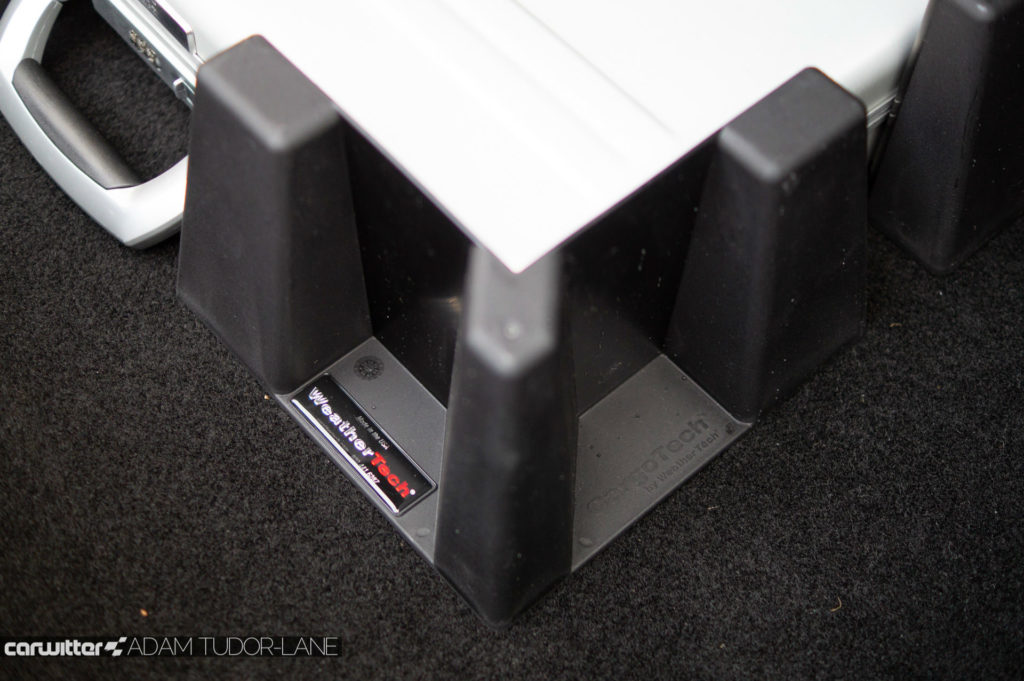