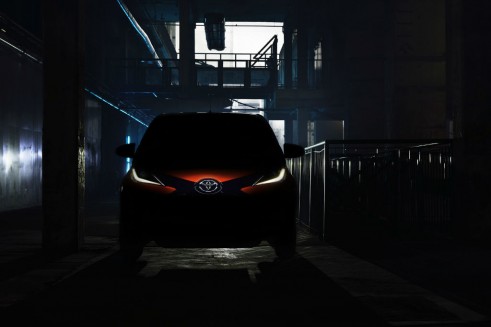 Following on from Peugeot’s revel of it’s new 108, Toyota have teased the sister Aygo ahead of a Geneva debut.

Just the one image has been released, a highly photoshopped front-facing image, but it shows a similar face to that seen on the current Yaris, which became more angular look when it arrived in 2011.

We can see the Aygo appears to retain it’s thin, low resistance, tyres and it gains new day running lights and a more butch stance than the outgoing model, but not much more from the darkened image.

Toyota will reveal more details of the 2014 Aygo in Geneva on March 4.