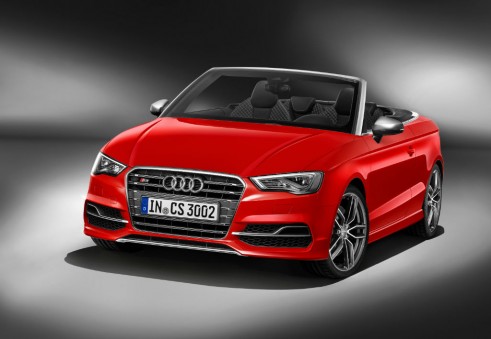 Audi has announced it’s smallest drop-top will join the s-line brand with the debut of the 296 bhp S3 cabriolet.

Outside the S differs from it’s A3 sibling via Aluminium windscreen surrounds, a modified rear bumper which includes an integrated spoiler and dual, twin exhausts set in a grey “diffuser” that hints at the power beneath. 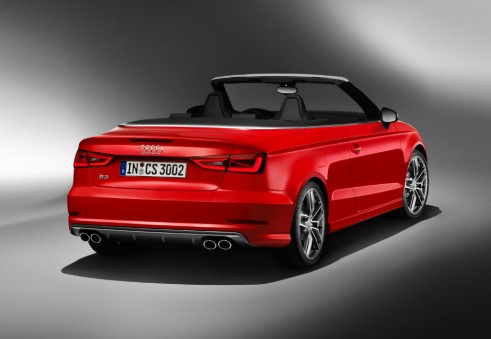 The open-top S3 is powered by a turbocharged 2.0 litre TFSI petrol motor producing a hefty 280 lbft of torque alongside the headline power figure.

Audi claim the S3 will manage 39.8 mpg, this extra mileage is created through a trick exhaust which cools gases, increasing the mpg figure.

However, it creates an eye-watering 165g/km of CO2, pushing it up to vehicle tax band G, but we doubt that will bother owners as the Cabrio flies to 62 in 5.4 seconds and on to a limited 155mph top speed.

To save weight the Germans have turned to their favourite material, Aluminium, scattering it throughout the engine and body to minimise the S3’s mass. 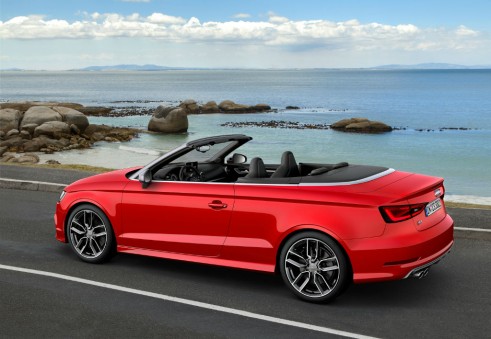 Audi’s iconic Quattro four-wheel-drive system underpins the S3 after power is routed through a six-speed, dual clutch gearbox worked by paddles on the wheel. It is then split by Audi’s trick system, which alters how much power is sent front or rear depending on conditions.

At 25 mm lower than the standard A3 drop-top Audi claim the S3 is more agile and drivers will be able to select five different driving modes with a dash mounted selector. 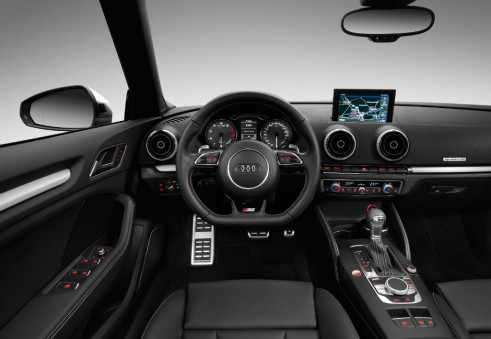 Inside the S3 is swathed in black with a central infotainment screen dominating the dash, seats are clad in nappa leather with ‘S’ badges embossed to remind you where you are, for an extra hit the screen powers up with an S3 badge as an extra reminder.

The Cabriolet comes with heated front seats and Xenon headlights as standard, these are joined by brushed aluminium pedals and a flat-bottomed multi function wheel.

At the back the four-seat S3 manages a 285 litre boot, but that drops by 40 litres when the roof is stowed, and we imagine space in the rear may be at a premium.

Audi will “lift the lid” (their pun, not ours) on the S3 at next month’s Geneva motorshow, UK orders will be taken in April with the first cars hitting the road in July. 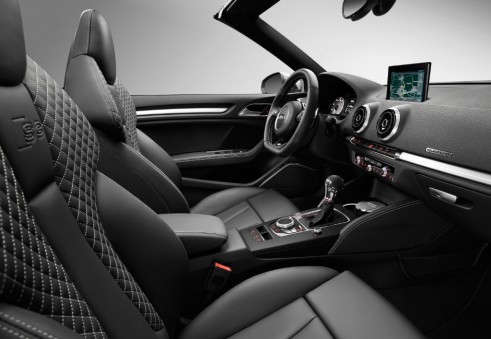 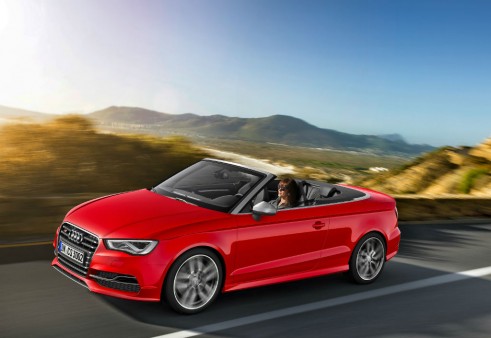 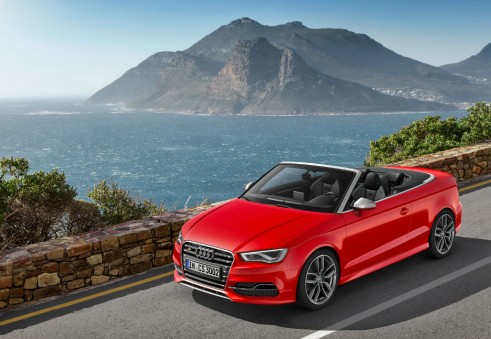