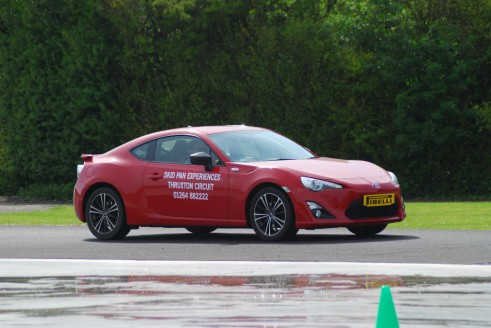 A Toyota GT86, a Mini Cooper, 3200 square metres of polished concrete and over 30 water sprinklers. What could possibly go wrong?

During the recent BTCC event at Thruxton, I took the opportunity to sample the Skid Pan at the circuit, giving me a taste of what to expect should I re visit in the future. What I did experience was, in a word different, enjoyable none the less but definitely different.

The Thruxton Skid Pan is laid out like a capital “P” allowing for a long slalom course on my taster. 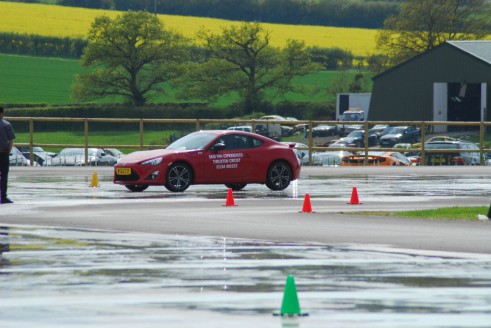 In the rear drive Toyota it wasn’t long before I ended up going round and round – much to the amusement of the instructor, it was quite an eye opener as to how little grip there was on this wet surface. Even at relatively low speeds it was very easy to get the car to spin – less so to bring it back under control. 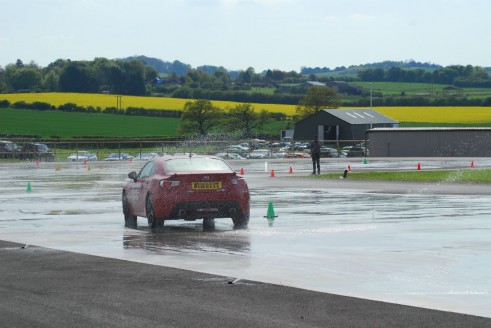 After the short run down the slalom at the ‘P’ was a ‘roundabout’ coned off and designed to take at an aggressive angle so as to induce a drift around the obstacle before exiting the ‘pan and on to the dry, grippy tarmac and the short drive back to the top for a second course. 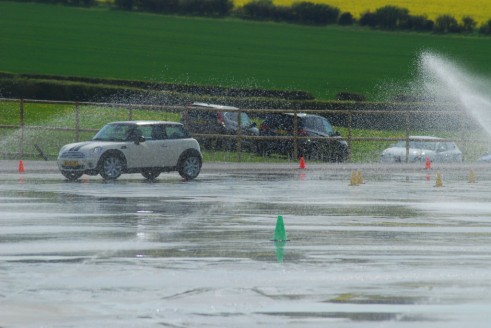 Following the second Toyota course I swapped to the Mini and front wheel drive for more of the same but this time with the use of the handbrake as well, the results were as good (or bad) as the Toyota but – as is often the way with these taster sessions I felt I was getting the hang of it just as it was time to stop. 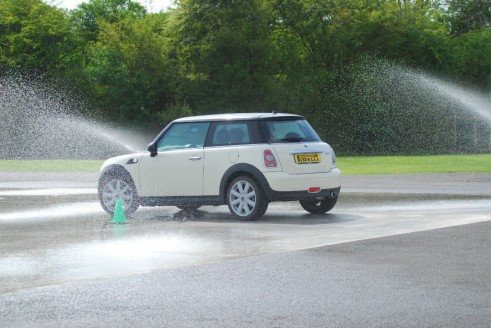 In short the Thruxton Skin Pan is an interesting alternative to a full blown track day and I for one would be more interested in doing the full course.

For more information on this or any other Thruxton experiences visit the Thruxton website.