Taking your car to Europe amid Brexit uncertainty

Originally, we wanted this feature to be called ‘Taking your car abroad post Brexit’, sadly our politicians keep moving the goal posts even though the vote has been cast. So we can’t bring you that article, we can however tell you how ridiculously easy it is to still take your car to the continent in the midst of all this ‘leaving the EU’ uncertainty. 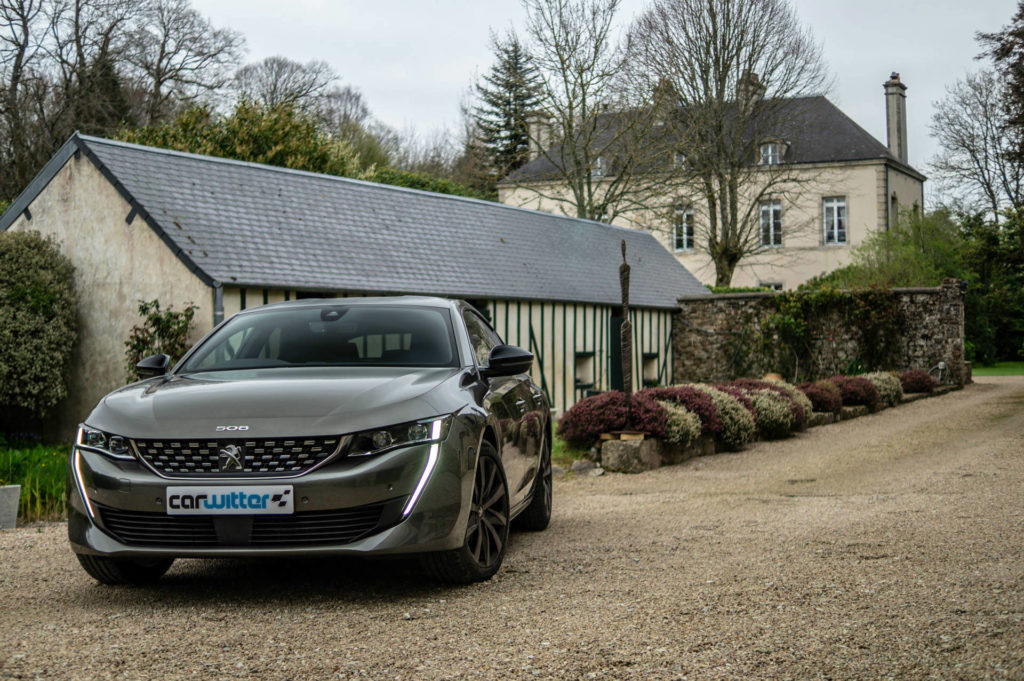 In fact you can buy all these in kit form these days, like this AA one, it makes it far easier just to sling in the boot then you don’t have to worry.
Oh, and breathalysers aren’t mandatory. There was talk about it and that you’d be fined €11 for not having one, but it’s never actually come to fruition. 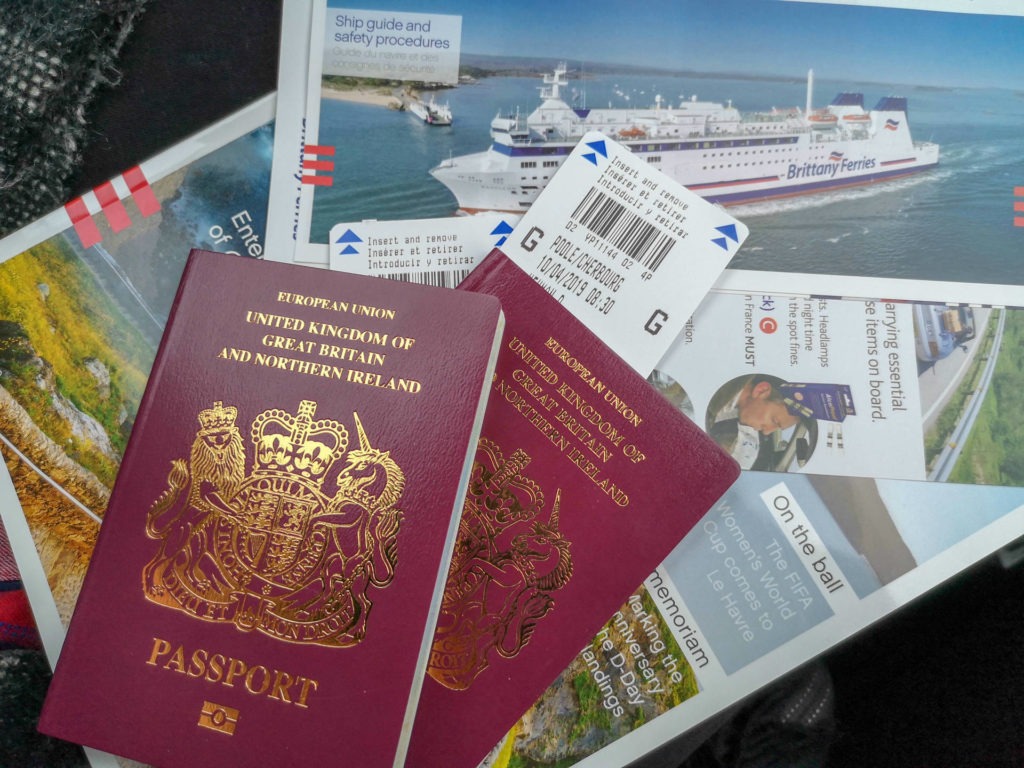 With our Brittany Ferries tickets in hand we headed down to Poole for a quick overnight before our early morning crossing to Cherbourg. Nothing has changed in regard to booking a ferry either, in fact it couldn’t be easier.

It’s quicker and less hassle than booking flights, all you need is your registration and both occupants names. Your passports are checked before you board the ferry. There’s no luggage allowance, extra taxes, fees or scrabbling around trying to find passport numbers when you book.

Now it does take four hours to get from Poole to Cherbourg, why it takes that long in 2019 I have no idea it’s roughly 80 miles across the channel. So the Barfleur must travel at 20 miles per hour, or 17.37 knots. I don’t know, I’m clearly not used to seafaring, it just seems like a long time. 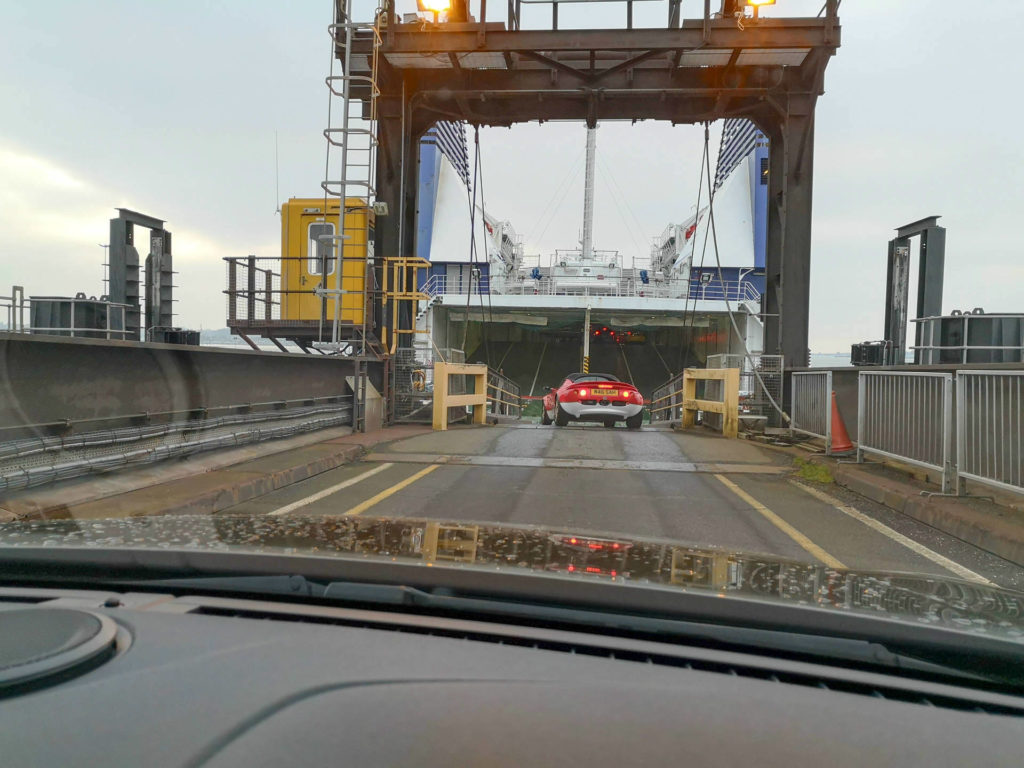 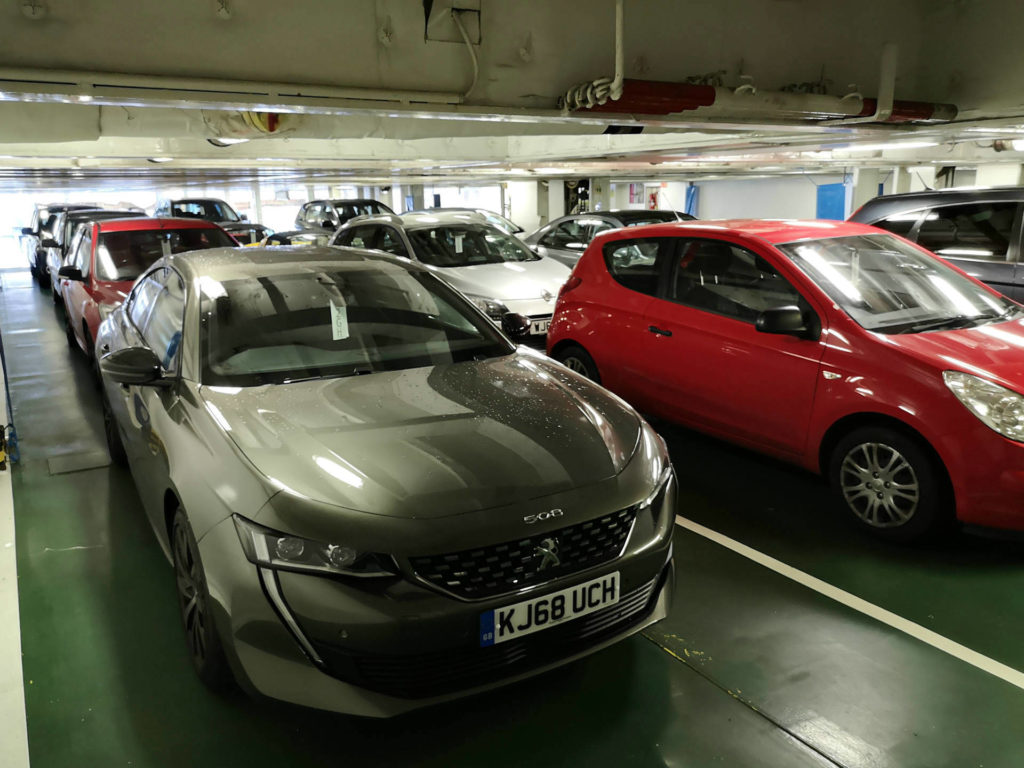 We drove our trusty 508 on-board, switched the alarm off and locked her up for the journey. We travelled in the April half term and the whole boat was incredibly quiet. In fact, for our journey out we must have been the youngest people on board, it seems the grey haired oldies love to travel by ferry.

As the journey was more than just a short hop and it was an early start, we decided to opt for a cabin in case a nap was needed. There are around 40 or so onboard, some with windows, others internal and they cost £30 per person each way.

Don’t expect luxury, they’re basic as you’d find in a self-catered apartment, but there’s a bathroom with a shower in case you want a freshen up, blackout blinds, curtains and each cabin can sleep four thanks to the pull down beds.
The bedding was clean and comfy and we made use of the cabin on both sailing out and back, getting 40 winks makes the journey so much quicker and gives you a little refresher before you hit the road again. 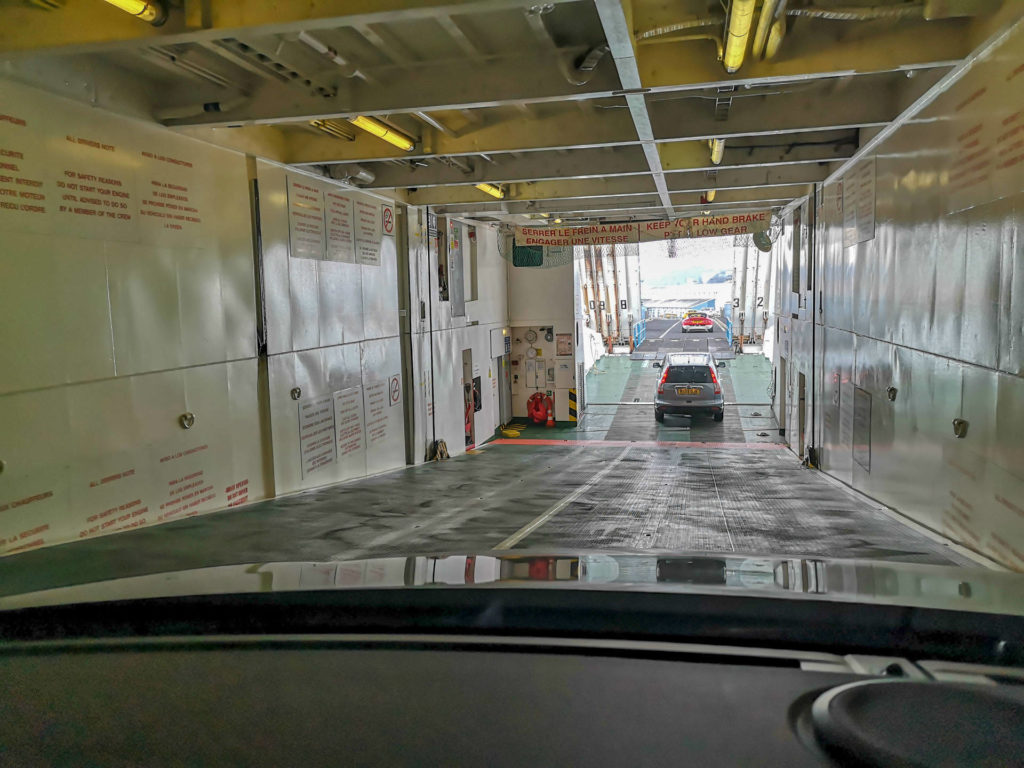 One thing to take note of, and we only found this out after our European adventure – don’t try and take Rabbits on-board a Brittany Ferry, they’ll cancel your ticket. Something to do with a French maritime superstition of fluffy bunnies being bad luck.

One allegedly nibbled its way through the hull of an old old wooden ship and drowned many sailors. You have bene warned.

In the shut of an eyelid we were coming in to port with Cherbourg ahead of us. Once moored up the signal was given to return to our cars. Offloading we went through passport control and then we were free to roam in France. 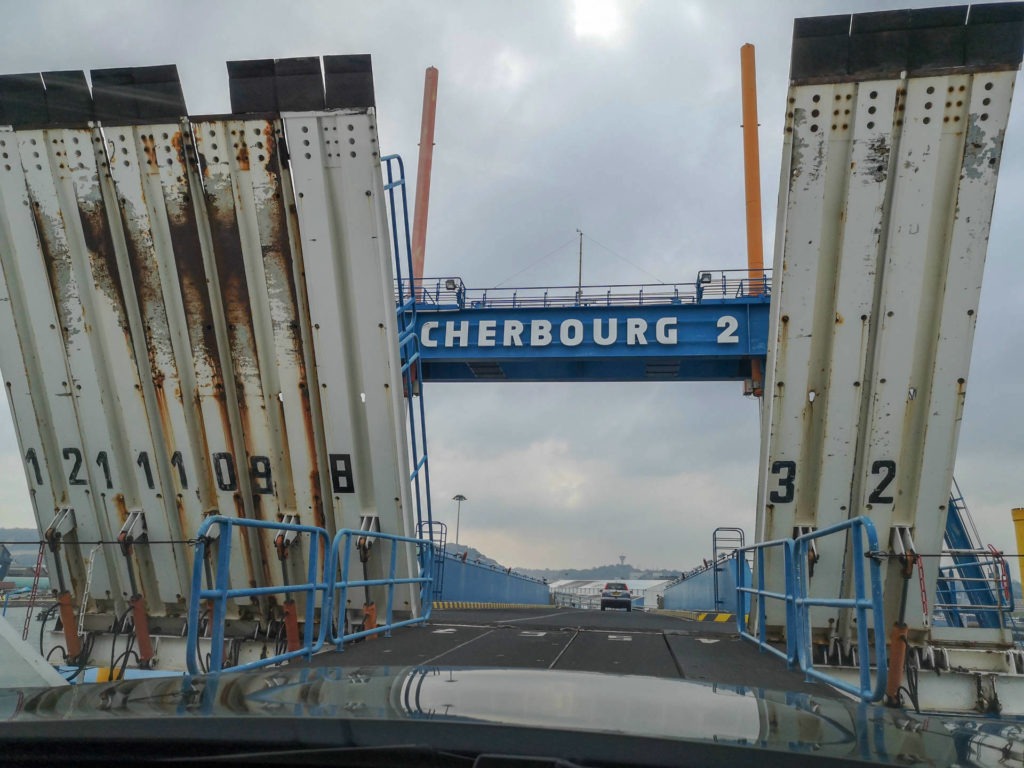 There’s an ease and simplicity about the whole thing you just don’t get with flying. It’s something I can only relate to travelling to London by car instead of train. I’ll always choose the car even though the train is quicker, but I do so because I’m in my own space, can listen to what I want and most importantly I’m away from other people, while the ferry part doesn’t mirror this entirely, the taking your car abroad does.

You have your home from home with you, it’s your base to adventure out from. A place to stow all your belongings safely. There’s no lugging of suitcases, taxis to get in and out of, worrying about leaving luggage as you transfer from place to place, no waiting around at the airport many hours before you actually fly, nor does it take forever to get off at the other end. It just works, it’s hassle free.

I must admit I’m not a fan of boats (after a few terrifying incidents of ferries and stormy seas in the Greek islands and a channel crossing in the past) it wouldn’t be my first choice. But after travelling to France and back within three days, having just a full 24 hours in the country I’d do it again without hesitation, Brexit or no Brexit. 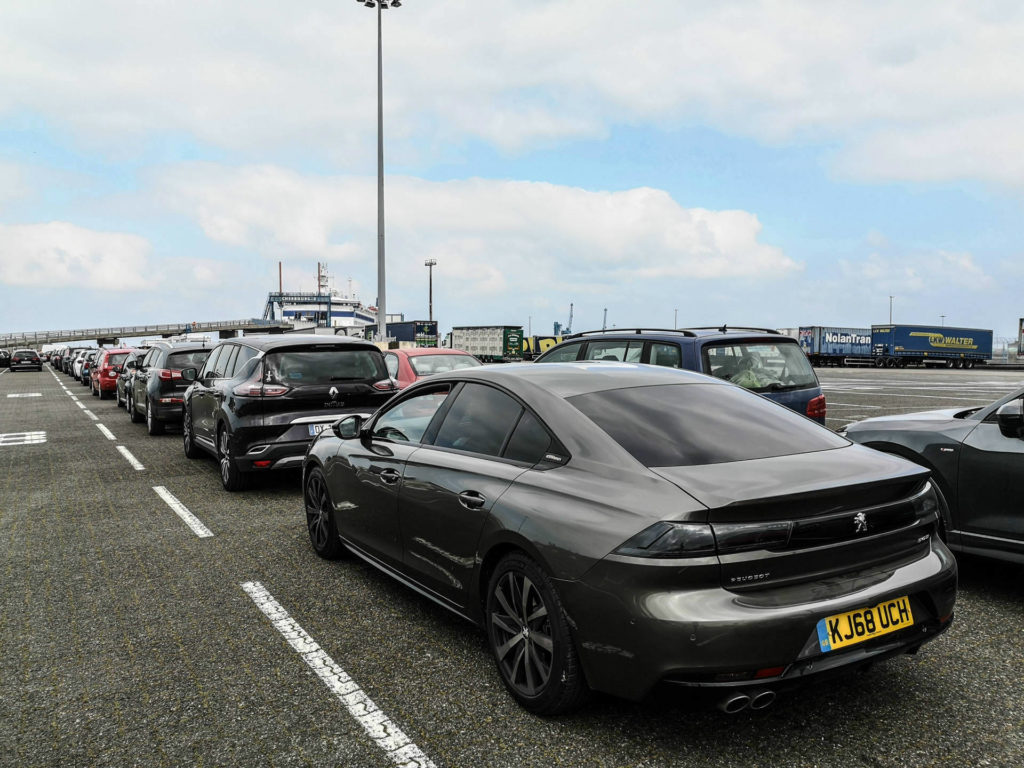 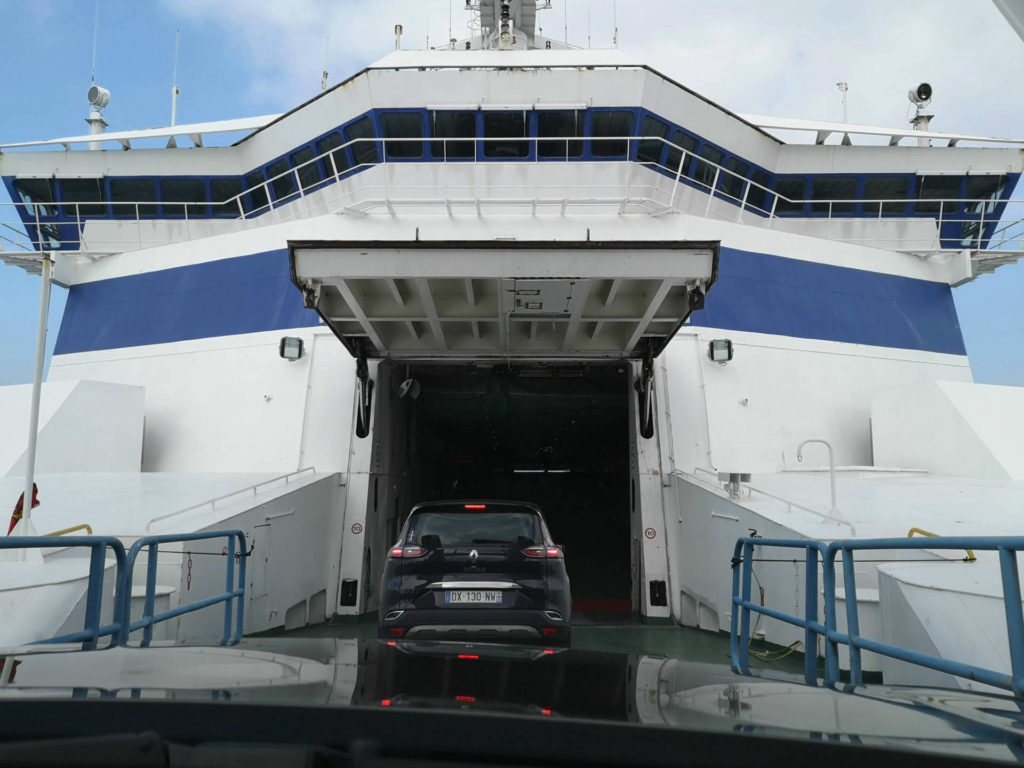 So lets list the things you may, possibly, potentially need once our parliament accepts the will of the people and leaves.

If we leave the EU without any sort of deal then anyone driving their car on the continent will need a Green Card if you’re planning on using your UK insurance policy abroad (which you will). Essentially it proves that you have insurance when in the EU.

To apply for one you’ll have to contact your insurance company roughly a month beforehand. They’re free of charge however some insurance companies may slap on an admin fee.

Even if your car has the ‘GB’ EU flag on the left hand side the Government have advised to use a traditional GB sticker once again.

That’s because if we leave we fall out of the agreement that states having that little mark on your numberplate is good enough. French police can be a funny bunch and could well start being awkward about it, so its best to stay safe and slap on some big GB roundels.

Take your V5C with you if you’re driving in Europe for less than 12 months at a time. If your car is hired or leased that will need to be the VE103.

Currently our driving licenses are accepted in Europe, if we leave without a deal that won’t be the case and you’ll have to obtain an IDP or International Driving Permit.

The UK issues three of these, 1926, 1949 and 1968. They relate to different countries so check here to see what one you’ll need for where.
They cost £5.50 each and can be obtained from your local Post Office branch, you just need to take a long a passport sized photo for each. 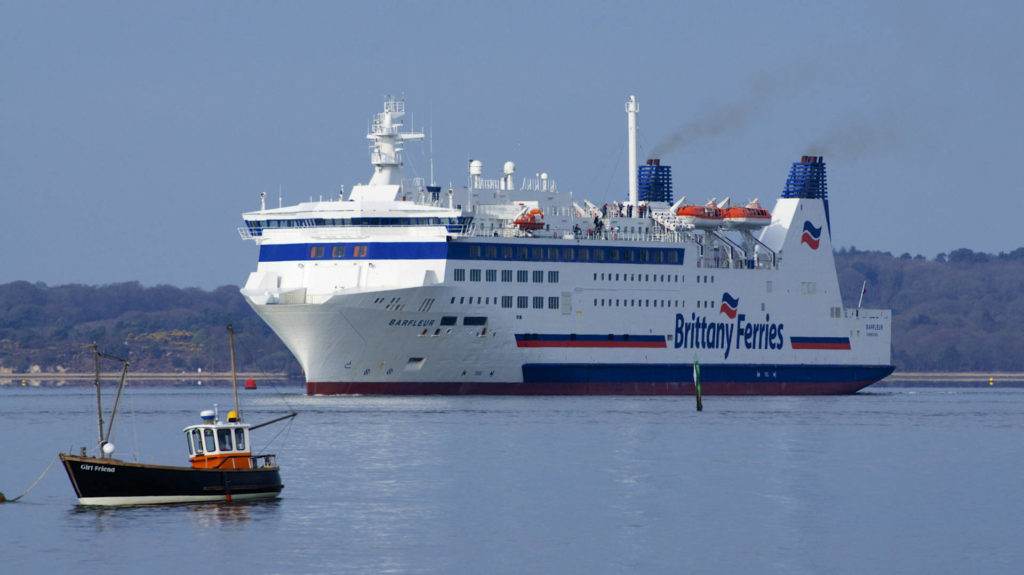