It is no secret that Mclaren has been an ambitious player since its on road renaissance in 2010. The name has always rang familiar in the minds of petrolheads due to an omnipotent presence in Formula 1 as well as the undying echoes of the legendary limited F1 road car of the 90’s, but in […] 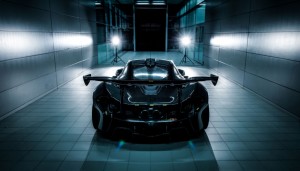 Barely have the Detroit Auto Show organisers packed up their red carpet when news of the next big show is rolling in – McLaren’s stonking P1 GTR will debut in Geneva. That show is still nearly a month-and-a-half away, but McLaren want to ramp up the excitement for the racer’s first public appearance, which follows […]