It is no secret that Mclaren has been an ambitious player since its on road renaissance in 2010.

The name has always rang familiar in the minds of petrolheads due to an omnipotent presence in Formula 1 as well as the undying echoes of the legendary limited F1 road car of the 90’s, but in reality Mclaren Automotive as a road car manufacturer is still extremely young.

Nevertheless the last 5 years have seen them jump from strength to strength showing what correct application of determination and discipline can do in terms of manufacturing, sales and the development of technology with a 32,000 square metre manufacturing facility opened in 2011 to supply demand for their first car, the MP4-12C and all subsequent models. 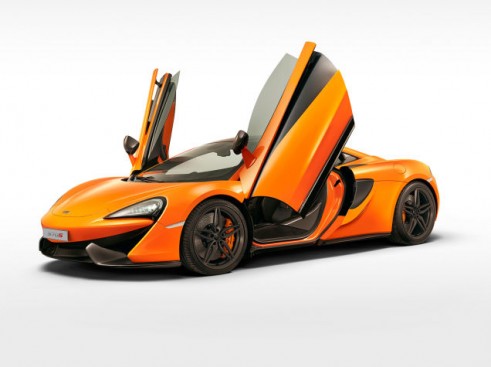 So we can forgive Mac for their ambition and confidence in omitting displaying their baby model at Geneva and instead unleashing it at NYAS, seemingly to make sure that it really does have the floor when the covers fly off.

And frankly, this car needs an uncluttered stage from which to sell itself as the 570S is intended to make up a 4000 p/a sales wedge for Mclaren.

We say baby as this is the least powerful, smallest, cheapest and as professed by Mclaren, most usable offering in their range. It allegedly has 35 more litres of boot capacity than the 911. Mclarens model structure sees it in the new Sports Series category below the Super Series 650S and Ultimate Series P1.

570 refers to the 570ps that the reworked twin turbocharged 3.8 litre V8 produces. Thats 562bhp for us English old guard. That power is sent to the rear wheels via a 7 speed dual clutch gearbox. The exciting numbers are 3.2 seconds to 62 and a 204mph top speed.

A crucial difference between this and its more exuberant siblings is that this does not share the interconnected hydraulic suspension set up, instead favouring a traditional double wishbone arrangement.

This should make the 570 feel like a completely different car in terms of its body control and, potentially worryingly, ride quality.

The backbone is dubbed “Monocell II”. As the name suggests, it is a development of Mclarens existing architecture and is a significant aid to the claimed 1313kg weight- some 150kgs south of the new R8 V10+.

In further pursuit of usability the sills have been lowered too, for ease of entry and exit. 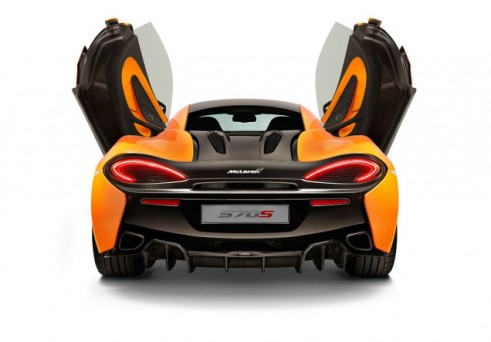 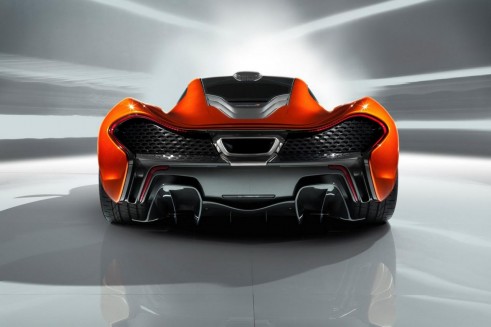 Styling wise its proving to be a bit Marmite. As many love it as they do hate it, but this kind of conjecture could be seen a positive thing when your primary rival is a car that has faced criticism for changing face very little over the course of its life.

I like it, personally. For want of a less graphic metaphor, it resembles a P1 in a sort of foetal stage. A good margin smaller and imbued with many of the Hypercars features, albeit, stumpier, stubbier versions of them.

I get the impression Mclaren hasn’t really found the styling rails on which to ride yet and they’re clutching at whatever thematic straws they can get.

They can be forgiven for this given they are aside from the seminal F1, without an extensive back catalogue of cars from which to draw inspiration and given the market sway towards the ridiculous rather than the beautiful, something more aesthetically extroverted and purposeful is more likely to garner interest.

All of that being said, the black accenting up to the vent on the sides is a delicious homage (intentional or not) to the old Mclaren logo which featured a Kiwi bird. 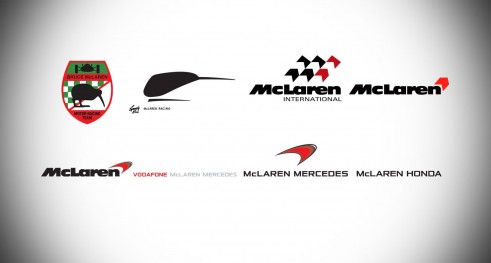 On the inside it takes a comfortable step away from its 650S and P1 siblings with a more inviting grand tourer like cabin.

The steering wheel, switchgear and dynamic controls carry over with an o so fashionable digital instrument binnacle being utilised as well.

IRIS continues to feature in this rather more inviting cabin, but the bright orange and black contrast of the press images are a bit Focus ST for my taste.

The Silver exterior rests easier on my eyes, too.

The 570 in spite of it being their smallest most attainable offering, might be Mclarens most ambitious play yet.

History (including the last five years) tells us they have no problem going toe to toe with the might of Ferrari but as a brute sales and volume production entity, Mclaren really is stepping up to a leviathan with the 570S.

The Porsche 911 is the most widely bought sports car of all time, and the Turbo may well be its most iconic version.

A customer base this loyal will be difficult to convince, especially in the volumes that are demanded in order to be a success in this more widely accessible segment.

In addition, now more than ever sees the field most saturated with players stepping up to the 911s game.

A sporty two seater in the image of the Bentley EXP 10 Speed 6 is likely too, as a more luxurious option. This is an extremely saturated segment with a very wide scope of ability, speciality, price and performance, centred around the omnipotent 991 Turbo.

The 570S will need to be exceptional in ways that its bigger badder faster siblings could afford to compromise, especially given that it’s nearly double the price of some of the other competitors.

Yet I retain little doubt that the baby 570S will be a hit.

Rarely, if ever, do we see a company so prodigious and determined in its delivery of performance powerhouses as Mclaren has been, and all over the course of five years.

Okay, so much of this new cars potential success may well be attributable to the residual bow wave of hype from the phenomenal P1 hypercar, but the strength of position that Mclaren has found itself in after such a short amount of time is impossible to ignore.

All through hard graft, and I sincerely hope the 570S keeps the ball rolling.

If nothing else it will make for some fantastic group tests.