Subaru Impreza returns to the UK for 2014 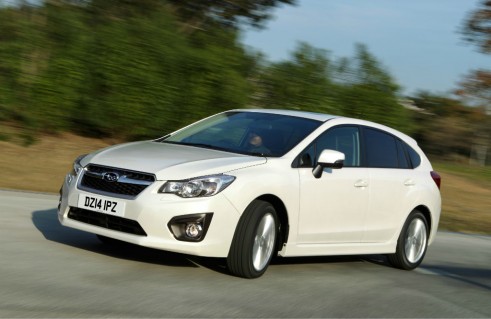 Following on from the announcement earlier this year that the WRX STi will roll onto British roads Subaru has revealed it’s Impreza sister will follow right behind.

On sale from May 1 from £17,495 the new Impreza retains it’s predecessors All Wheel Drive system and traditional ‘boxer’ engine.

This version of the rallying legend has been on sale in the US and Japan since 2012, but Subaru says “persistent” customer requests have helped the decision to bring it across the pond, albeit in small numbers.

Outside it is very much an evolution of the model last seen over here in 2012.

The newer, less harsh version of the company face has been grafted onto the same hatchback body that debuted on the predecessor to much anger.

The rear has also been softened up, with round edged brake lights sitting above a large rear bumper.

The theme of evolution is continued in the Scooby’s dimensions, the new Impreza is identically sized to it’s unlamented predecessor.

Underneath the bonnet the new Impreza comes with just one engine choice, a 112bhp 1.6litre petrol that pumps out just 110lb ft of torque. Pushing the new Impreza away from the WRX STi’s target market.

That engine can be mated to either a five-speed manual or a CVT transmission. 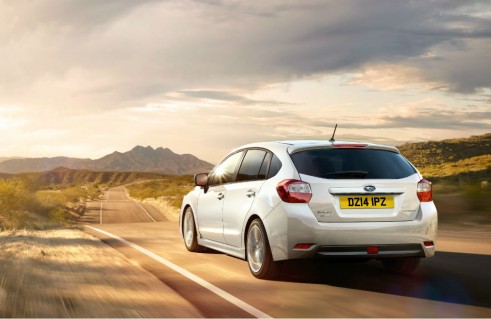 Fitted with the manual the Impreza will motor gently to 60mph in 12.3 seconds, and on to a top speed of 114 mph.

That gives fuel economy of 44.1mpg on a combined cycle and CO2 emissions of 147g/km, improving to 46.3mpg and 140g/km when fitted with Lineartronic, none of which are stand out figures in a class full of economical cars.

However handling should be good, with the Impreza receiving a limited slip diff and high-tensile steel to improve body rigidity.

Subaru didn’t release pictures of the dash, but say that boot space will be a reasonable 330 litres, or 1,270 with the rear seats down. Only a single spec level will be offered from the lineup available abroad, RC.