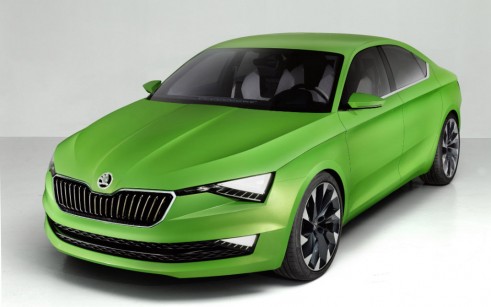 Skoda have joined the blistering selection of concepts and announcements coming out of Geneva by revealing their VisionC concept to the world.

Becoming the latest member of the growing manufacturer community to misunderstand the word, Skoda say the VisionC is a coupe, albeit with five doors.

However, the main purpose of the bright green machine you see here is to introduce Skoda’s new design philosophy, so expect the VisionC’s angular lamps and smiley lower grille to appear on the next versions of the ever-popular Fabia and Octavia. 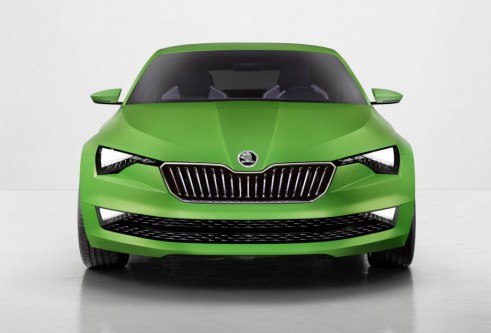 At the front those lights shrink from Skoda’s standard fare, creating a hockey-stick shape that tapers to a point near the standard grille.

The side-profile evokes the sister Passat CC, with a sloping, curved roofline that dips to join a hatch boot.

A strong shoulder runs the length of the VisionC, as well as cutouts from the lower portion of the doors, joining into the, again, hockey-stick rear lights sitting behind the huge, 19-inch, alloys. 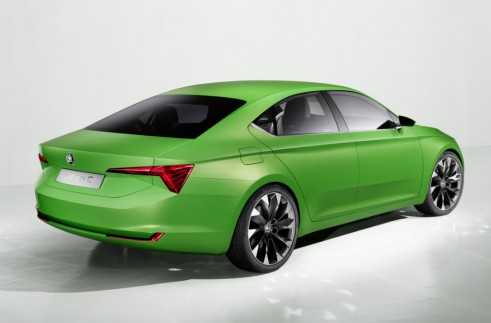 Skoda call this look “self-assured” and the rear “unexpected” although we would probably describe it as “actually rather nice”.

Underneath the bonnet the concept is powered by a trick 1.4litre petrol than can also run on natural gas.

This state-of-the-art powerplant combined with the coupe’s tiny 0.26 drag coefficient could power the VisionC to over 70 mpg and undercut the 100g/km CO2 mark, making it road-tax free. 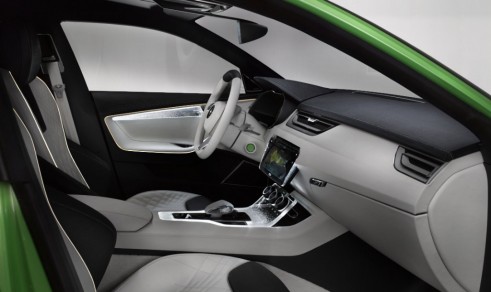 Inside, where the VisionC fits four adults, Skoda introduce a two-tone interior, focused around a central infotainment system, which clears the dash of the majority of it’s switches and dials.

This new system is, for some reason, 3D, although we’re yet to see what that entails, Skoda claim the screen will appear to ‘hang’ in the interior.

For those in the rear, individual, folding multimedia screens are also provided and another screen in the armrest shows “vehicle performance information” which we presume means fuel consumption.

While Skoda have released no specifics, they call the boot space in the coupe “impressively spacious” so expect similar loading area to the Octavia.

While in the grand scheme of things another five-door coupe may not seem that exciting, this is Skoda’s first step into trying to look more sporty, and it may well have worked. 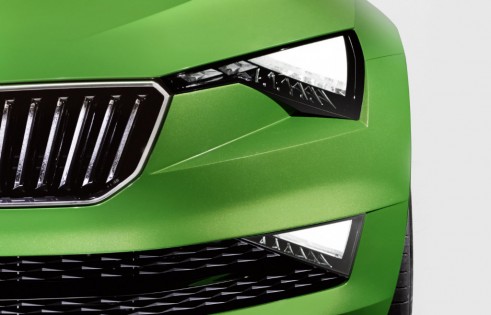 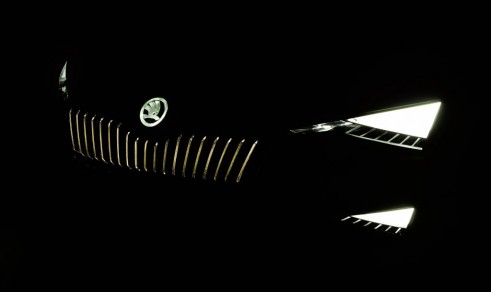 A look around the new Bentley Continental GT V8S