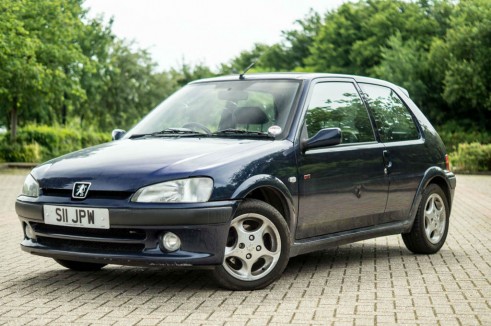 I already have a car, a perfectly good, working car. It rarely goes wrong, it has extended warranty so when it does, i don’t have to pay a penny…so because that car is all to easy and reliable i went and purchased a 1999 China Blue Peugeot 106 GTi.

After having my eye on them for a few months a goodun came up, so late one evening i drove the 60 odd miles from Milton Keynes to Stansted to go and have a look. 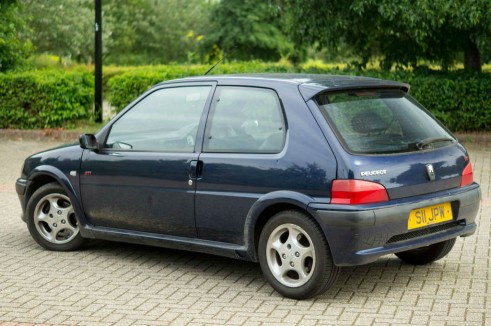 Sat outside a barn, a little dusty and a little dirty it looked as though it needed a bit of love. Structurally it all seems good, no rust in the normal places, no spray work, all original panels, no accident damage that i can tell, and all the glass is original except the windscreen. 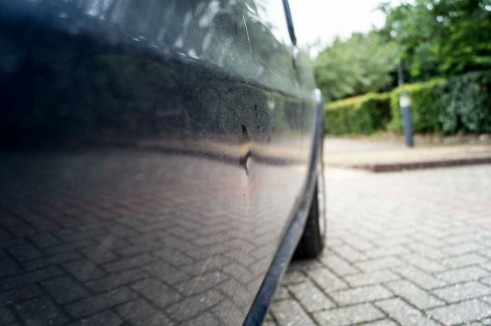 Now with it being 15 years old and having lived part of its life in London it is peppered with car park dents…in fact i’ve seen oceans with fewer ripples than the doors on this 106. The front is peppered with stone chips, the rear arches also…a previous owner has also kindly filled in any scratches or blemishes with what looks like a child’s finger sponge – at least it has stopped the rust! 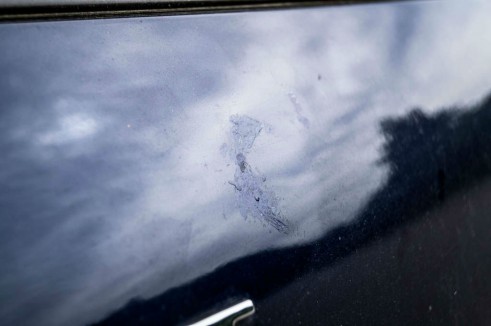 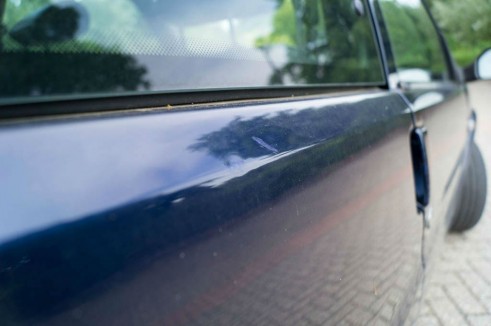 Looking under the bonnet it all looks a bit dusty and unkept, the VIN matches the log book, and theres a slight oil leak from what appears to be the rocker cover – a common problem on 106 GTi’s.

Opening the door i find the drivers seat looks as though its had a run in with a feisty feline, the passengers isn’t too bad. Slipping it into each gear with the ignition off is slick, reverse has a bit of a crunch but thats nothing to worry about…who needs reverse anyway? 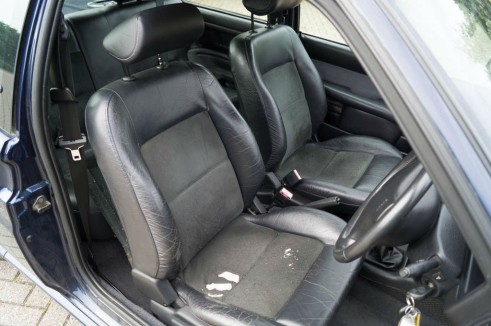 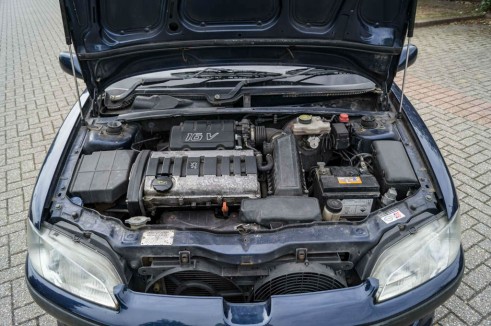 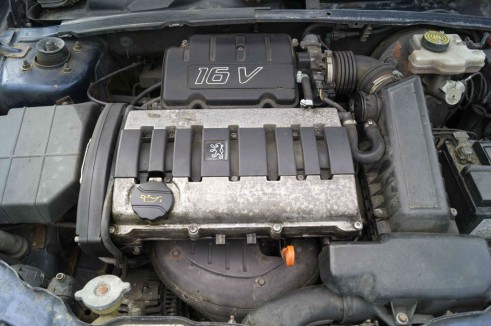 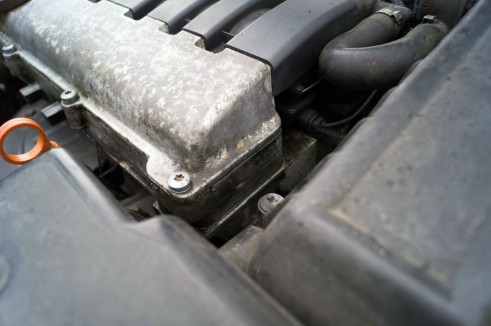 Firing the beast up it starts quickly and sounds very smooth, my 207 is far worse than this! Driving it up a private country lane it pulls effortlessly right the way to the red line, the gearbox is smooth and the brakes…hmmm, work?

After negotiating on the price, i paid a deposit and vowed to be back in 2 days time. 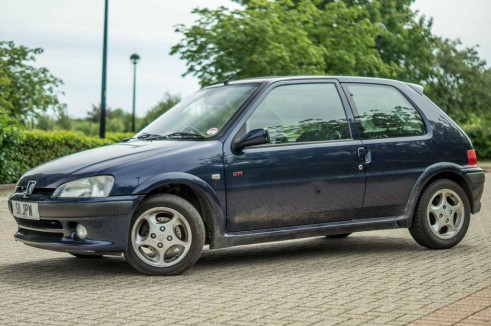 Picking the car up that weekend was an adventure, not knowing how structurally intact or safe this little Pug is i took it easy the first few miles. Radio off, i listened hawke-like for any knock, rattle or ding.

It all sounded pretty solid, except a nasty klang when you go slowly over bumps, but it just sounds metallic like a heat shield…of course it could be something far worse, who knows? 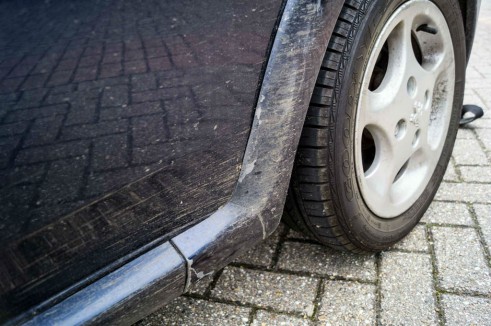 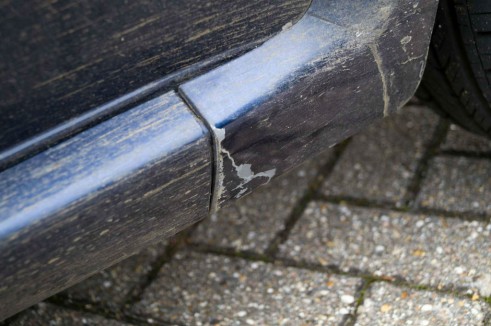 Confidence building i stick it in second and plant my foot to the floor coming off a roundabout, wow! This thing flies! It had warmed up nicely by this time so i let it rev all the way to the limiter, shifting as quick as i could into third the little 99,000 mile 1.6 litre engine sang beautifully.

On an empty stretch of road i got up to 50 MPH before slamming the anchors on, a violent pull to the left ensued…thats one that will need sorting. I also noticed on that 2 hour journey home that to go in a straight line the steering wheel has to be ever so slightly turned to the left. 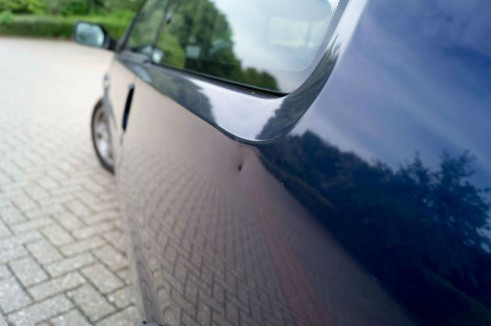 Another strange thing was the fuel gauge, it showed as full when i started it up that day – which i thought very odd as who sells a car with a full tank?! Over the 60 mile journey back it barely moved, as if the 1.6 had been swapped for a puny 1.1…hmm! 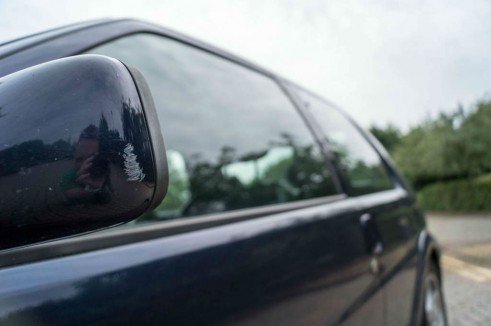 As i pulled onto the drive i added my own mark to the car, scraping the previously perfect mirror on the brick wall as i tried not to stall it with the laughably high biting point. 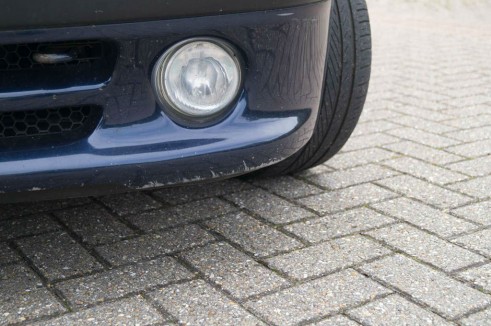 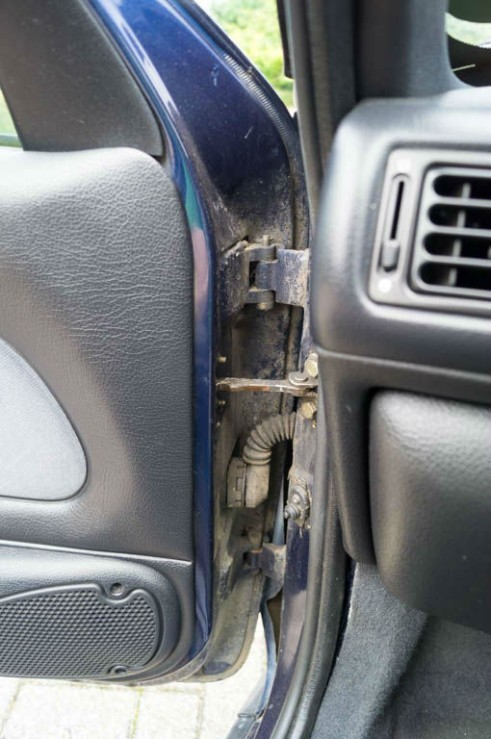 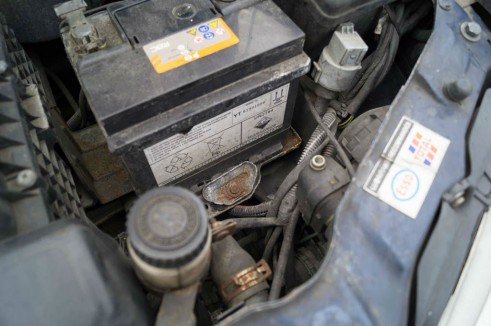 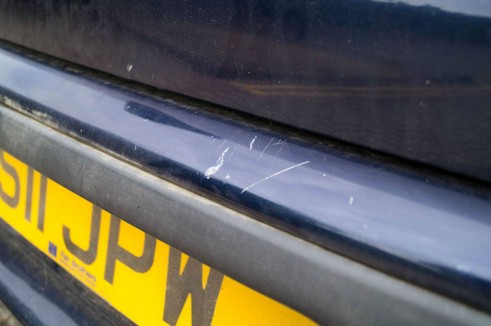 Peugeot 106 GTi’s are getting rarer. Personally, price wise i think they have hit rock bottom, some good examples are even going up in price right now!

Over the next 3/4 years this slightly unloved Pug will be turned around to a near pristine example, parts will be replaced, bits will be sprayed and TLC will be given. Most of the minor jobs i will attempt to do myself *looks on eBay for a 106 Haynes manual*.

It will only be taxed and used during the summer months as an occasional driver, over winter periods it will be holed up out of the bad weather (offers on garages in the comments please!).

Parts are so cheap to buy and replace on 106’s it should mean its a fairly affordable project, work will be carried out as and when i can afford to do so.

Giving the little 106 its first wash so i can really see whats under that dust and dirt. 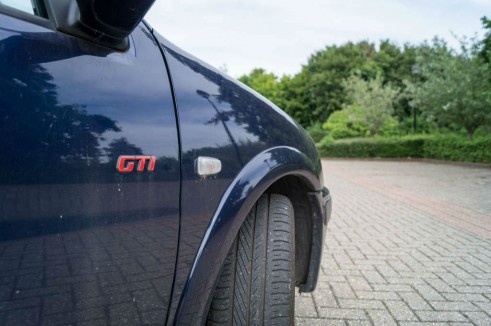 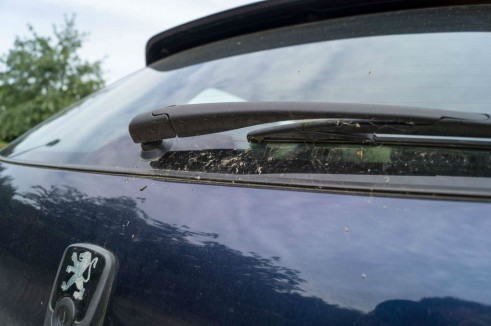