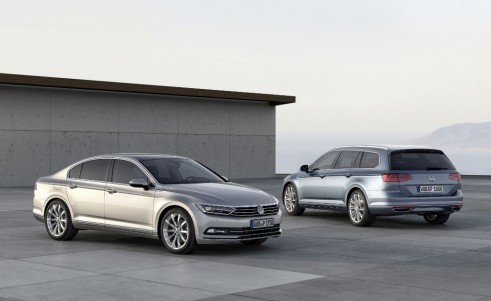 Ahead of a public debut at October’s Paris Motor Show Volkswagen have unveiled the first details of their brand new Passat.

A small 2010 facelift aside, the current seventh generation of VWs 41-year-old saloon has been with us for almost a decade.

The eighth version of the Passat arrives with new angular features and improved interior space and kit. 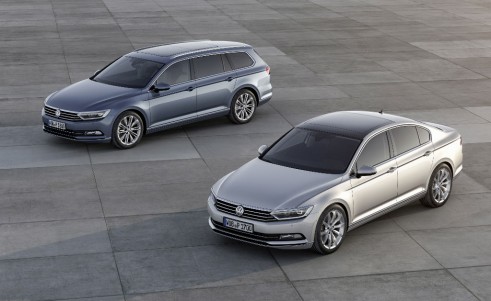 Gone from the new saloon and estate are any ideas of curves up front, the new Passat’s lights cut a hard, edgy slash into the upright, almost Mustang-like nose.

The grille features four distinct chrome bars that bend into the angle of the headlights as they reach the side.

Under that the Passat has a wide intake, with foglights set into it and pushed wide apart into the corners. 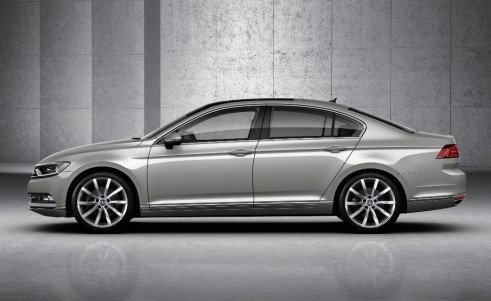 Big alloys sit underneath aggressive arches, and strong shoulders run the length of both the saloon and estate.

At the back it is angles again, the boot is strikingly upright and two trapezoidal exhausts sit under a larger rear bumper that recalls the Scirocco. 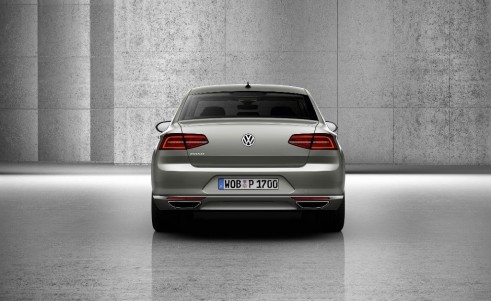 The new saloon is 2mm shorter than the outgoing model, pulling up just short of five metres long at 4,767mm.

But that increased interior space is created by stretching the wheelbase 79mm, slashing into the overhangs front and rear to increase the size of the cabin.

The new aggression in the design is aided by a low and wife stance, with the new car 14mm lower and 12mm wider than it’s predecessor. 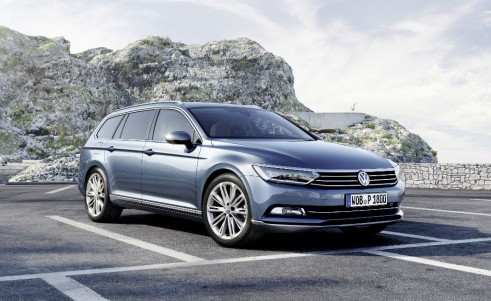 Inside Volkswagen have chosen to showcase the Passat in a mountain of cream leather and dark plastics.

Through a subtly flat-bottomed steering wheel can be seen a display screen flanked by two smaller dials, another, much larger screen houses the infotainment system and dominates the centre console. 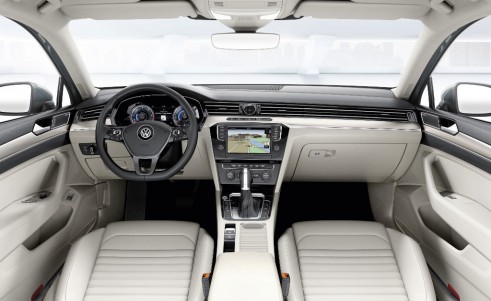 All new Passats will come with LED head and rear lights, but the higher models will receive an extra touch – the horizontal tail lights will swap to vertical under braking.

Expect more specs at Paris but VW announced in Germany that the new car will come with an all-new 2.0litre  four-cylinder diesel motor which produces 236bhp and a stonking 370lb ft of torque.

All that power will be harnessed through a seven speed dual clutch gearbox and fed to the road through VW’s 4MOTION all-wheel-drive system. 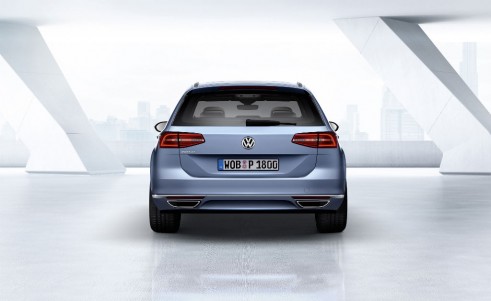 VW also revealed a plug-in electric hybrid version of the new Passat will eventually be available, which they say will do 31miles on battery power alone and on to a range of 600miles.

Both the saloon and estate come with the usual mod-cons as options, including a head-up-display, 360 degree park assist and that fully configurable screen.

Safety features include Side Assist with Rear Traffic Alert, Traffic Jam Assist which VW say will make the often jarring start/stop tech more comfortable, Emergency Assist, which can potentially halt a vehicle when the driver is incapacitated, and the latest Front Assist system with City Emergency Braking, which optionally combines both radar and camera sensors to add pedestrian detection.

VW say UK dates will be announced closer to the public reveal but that the order books will open late this year with first cars arriving at homes in Britain in early 2015. 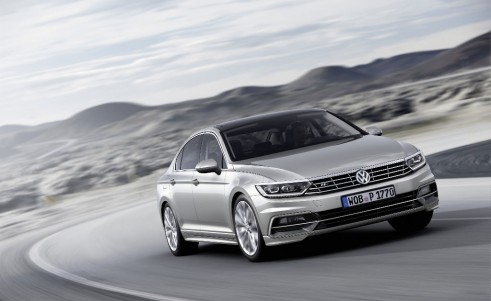 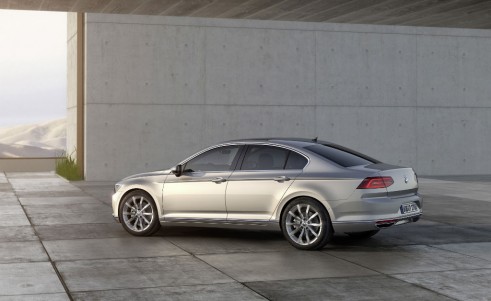 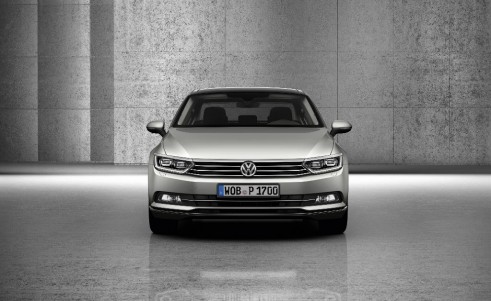 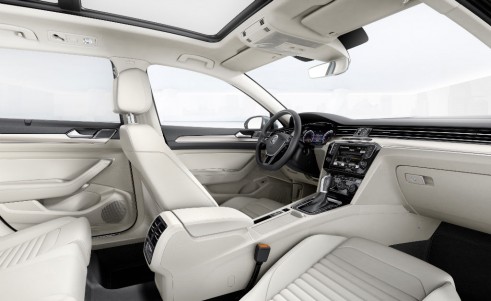 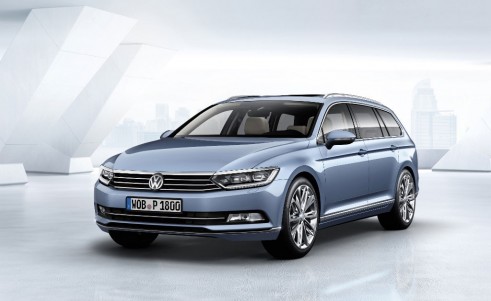 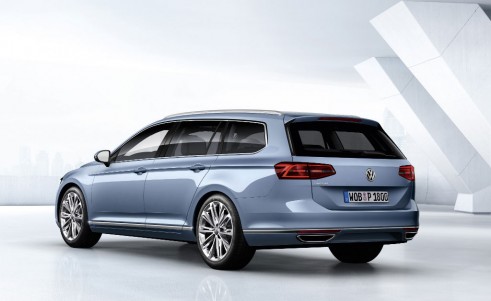 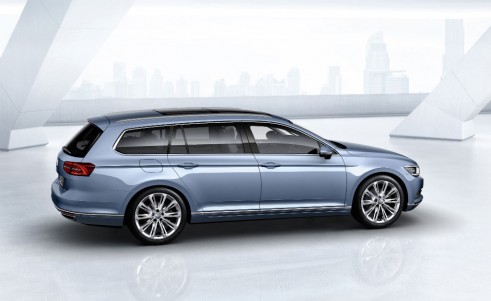 The Changing Face of Peugeot