I realise it has been a full 7 months since the last update, however the car is now well over a hundred miles away from me. It used to sit on my driveway so daily I was tinkering with it, but now that has become a tad harder!

Anyway, things have progressed and moved on well.

The first thing I wanted to get sorted was the boot. It had now been welded up and made solid, all the rust cut out and *fingers crossed* will never return.

Inside the boot was a bit of a mess, the floor was all scratched and marked over years of abuse so it needed spraying and making good. 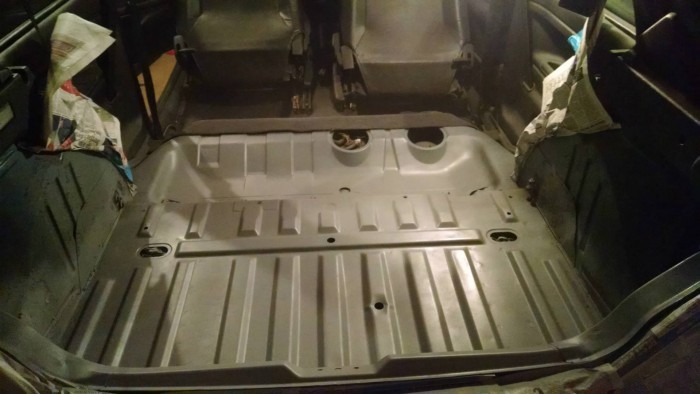 Starting off I rubbed the boot down with some wet and dry to give it a bit of a key, then gave it a good few coats of Zinc 192. I want to make sure this thing stays solid for the foreseeable future, especially after the amount of time and effort I am putting into it. 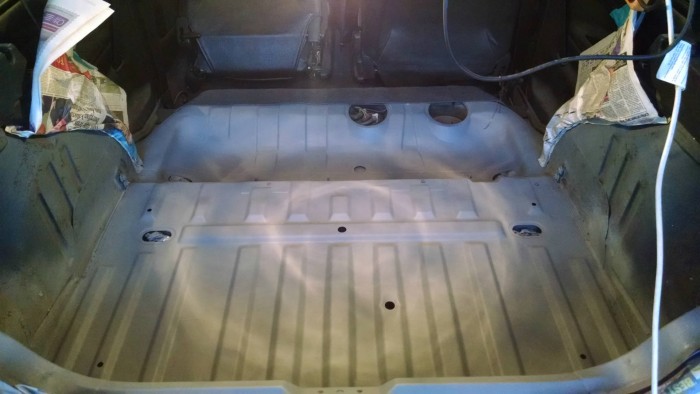 Once I was happy with the finish it was time to get spraying the colour. I had some KPK mixed up and put into rattle can form, it costs roughly £10 a can so isn’t exactly cheap and from memory I have gone through 4 cans so far with all the other work. 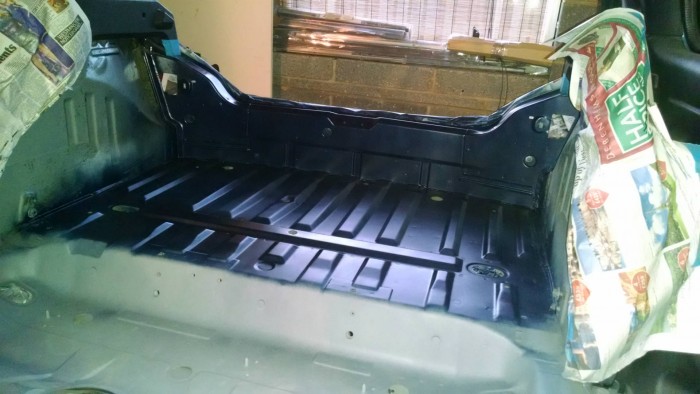 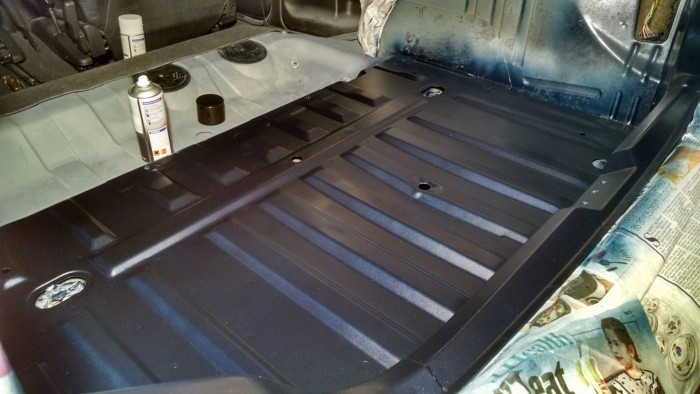 After a good few coats of this building them up over time i got to the stage where i was happy with the finish, it is pretty much spot on and came out excellent for a rattle can jobby. Spraying some primer over the top of it i did then realise i had spent days on the interior floor of a boot that will never be seen. Ah well! 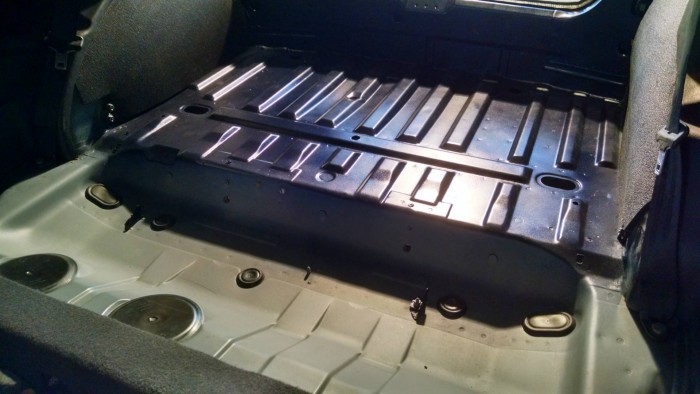 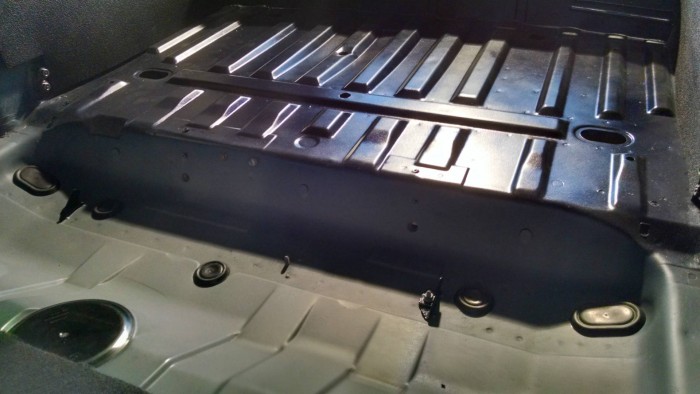 Whilst taking the rear lights out i manage to find a date stamped to them. 25/10/99. My little 106 GTi was only registered new on the 30/11/99 this means it must have been pretty much built to order. At least i know it wasnt sitting around on a forecourt for months on end waiting to be sold. 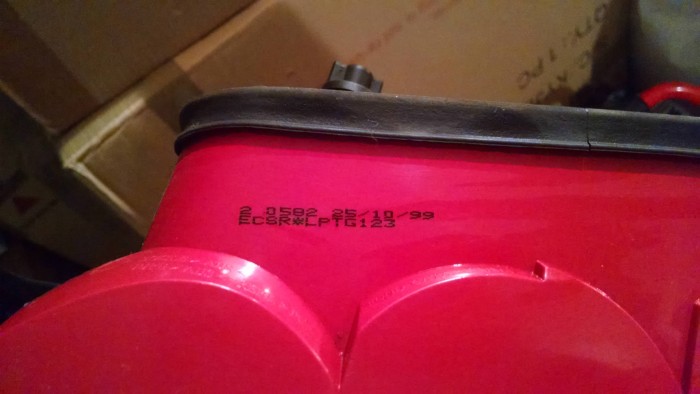 Now the inside of the boot was presentable it was time to look at the underside. It wasn’t in a horrendous state but rust and the elements had taken their toll over the years. The two main beams under the floor had a lot of surface rust on them, but after scrubbing them back with a wire brush they were 100% solid. It was time to get the Zinc 192 out again! 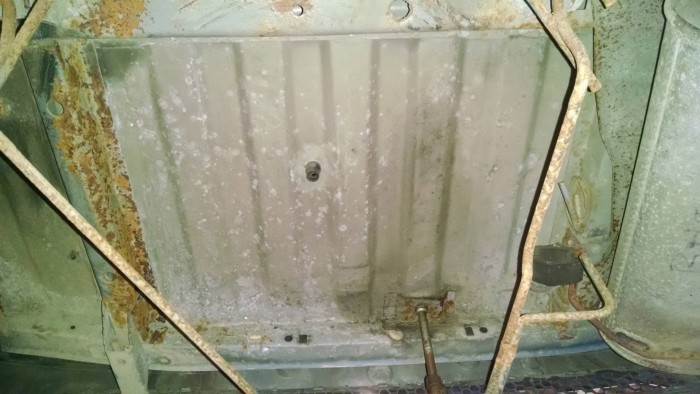 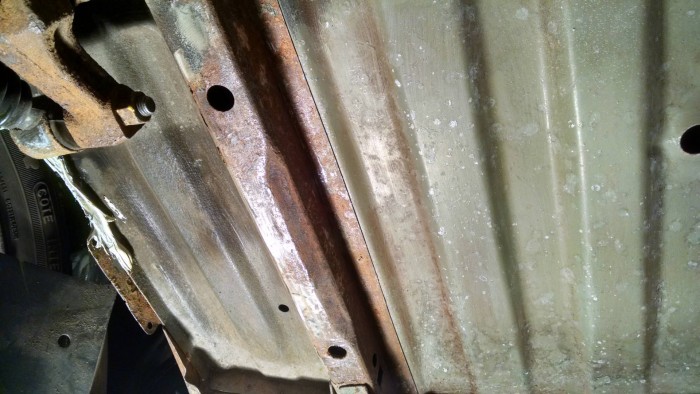 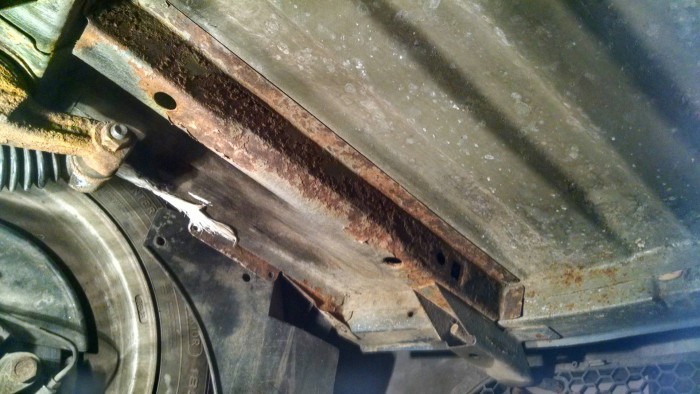 This time i applied it in brush form rather than spraying it on, just to give it a bit more protection and longevity. Three coats later and it was ready for some stone chip guard, this is the rubbery type coating that protects the paintwork from the elements. It now looks a darn sight better than when i started. 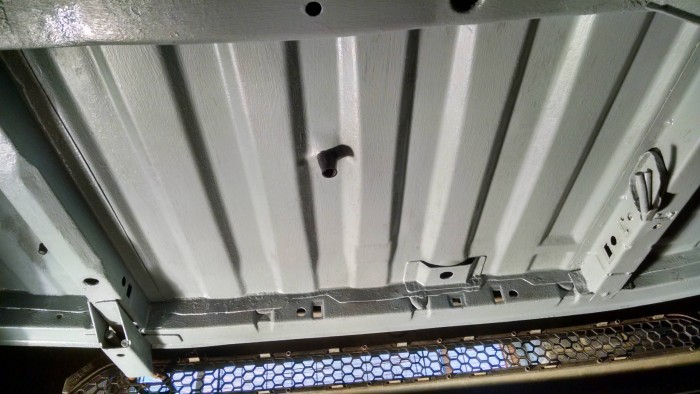 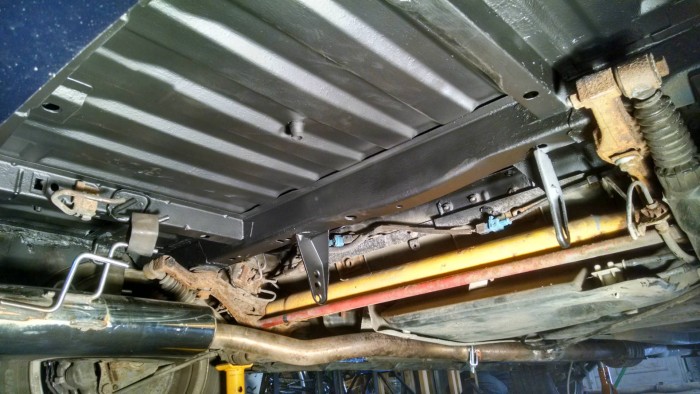 Somehow this garage seems to be THE dustiest in the world, every time i visit the car i clean it off and every time i come back to a barn find. But at least it’s warm and dry! 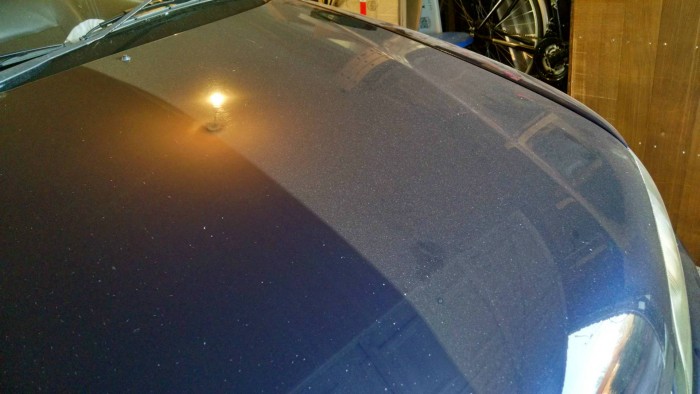 Next up is to look at replacing the rather suspect exhaust…stay tuned. 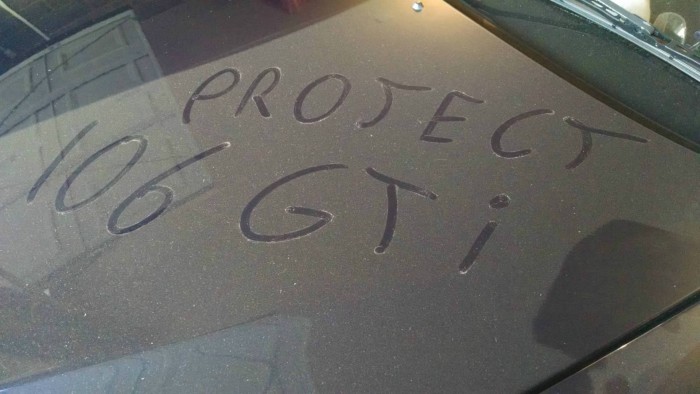 The problem with supercars.