Yes, faithful following! It’s been long, far too long since we updated you with news on the trusty little 106 GTi.

The last time we updated you was moving the 106 from its warm, sheltered garage to being an outdoor hood rat, and yes, that was the third time i’d ever driven it!

So, what happened since then?

Well, it was parked up in it’s purpose built secret lair. It may just look like a garden fence…but behind it 😱 A large plastic ground sheet was then put under the little car before it was tucked up until my next visit. 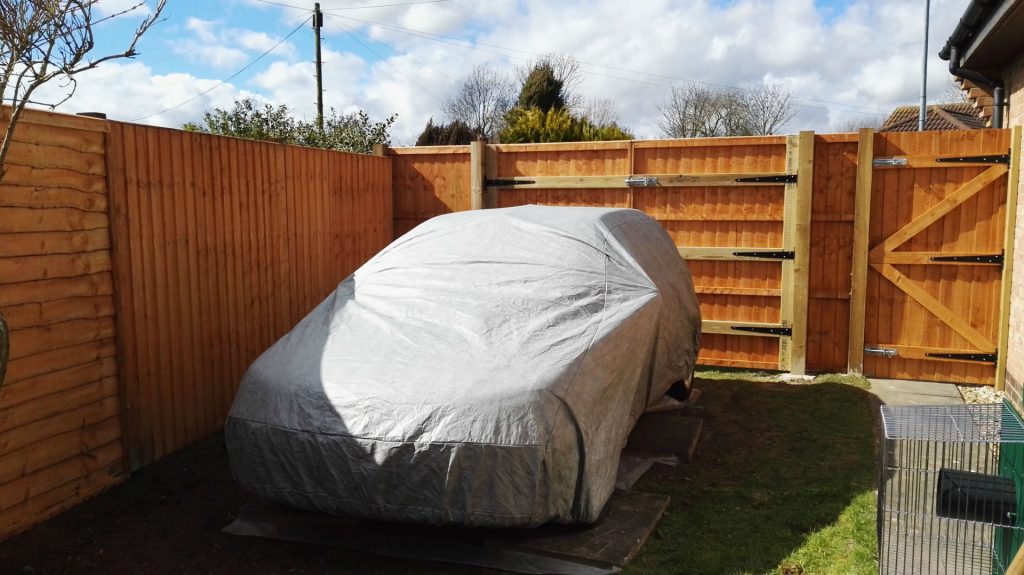 But…it’s never good storing a car on the earth. Moisture and damp rises up and collects on the cold metal underneath, and with the 106’s numerous rust issues I didn’t want to risk it. So we put a concrete drive in! A few hundred quid and a cement mixer later… 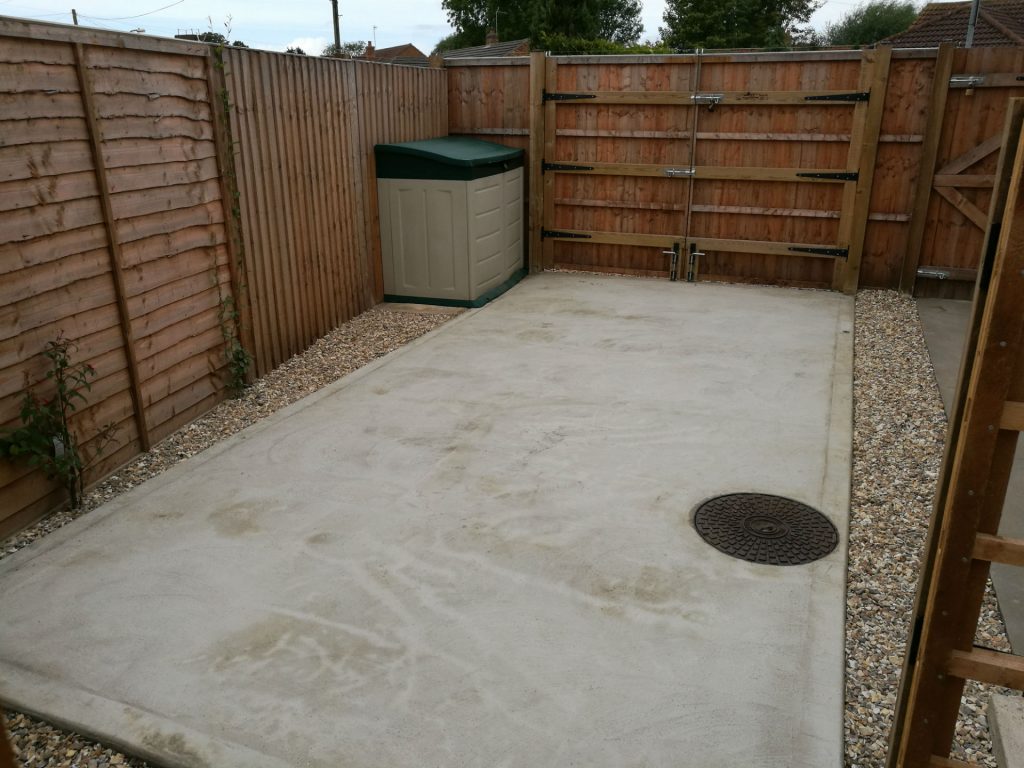 Smart eh? And then the 106 was tucked back up, now in pride of place. Phwoar. 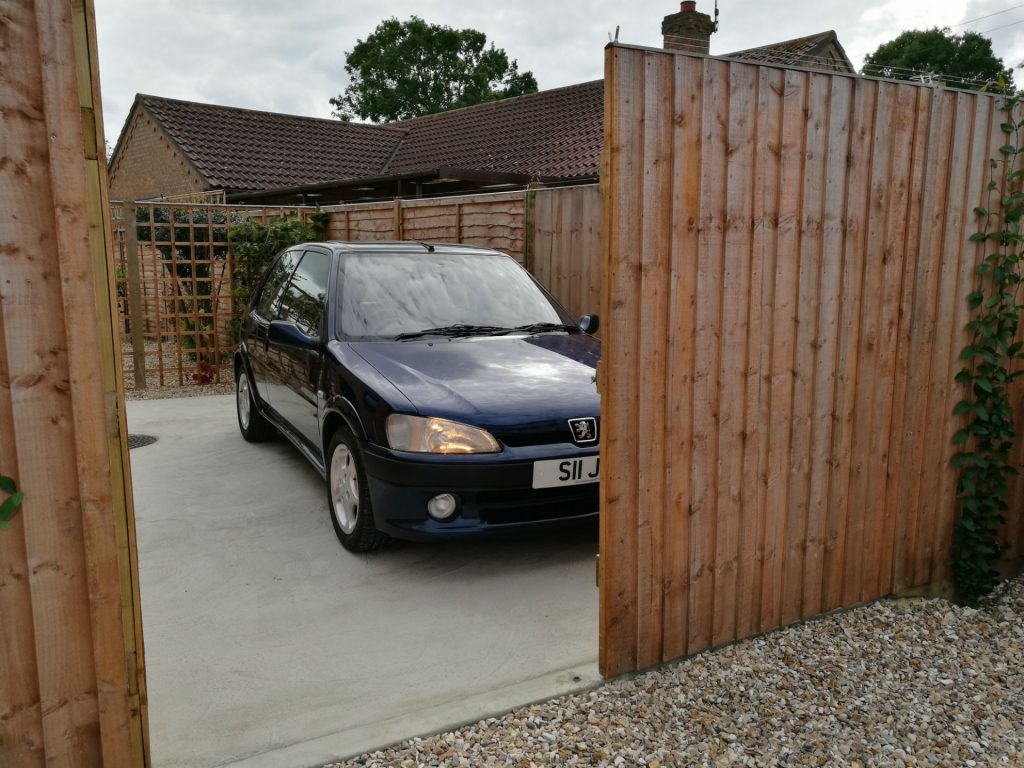 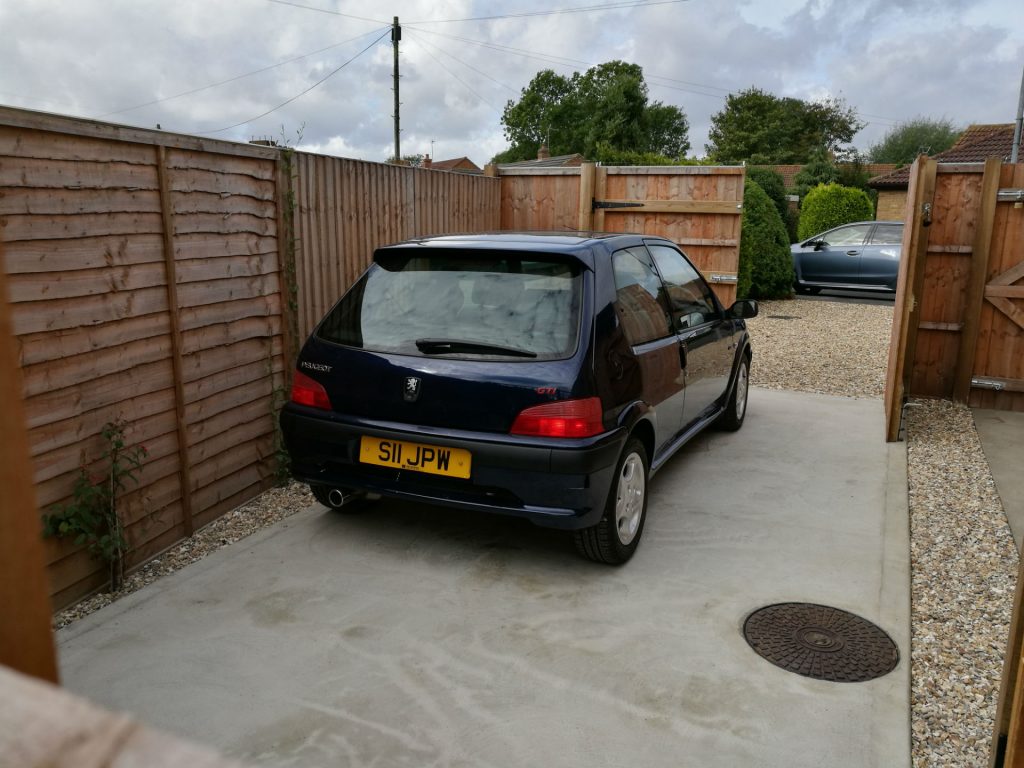 The next update I PROMISE will be soon, as lots of tinkering went on after this…including looking at that bloody exhaust!