The new Porsche 911 R has been unveiled today at the 2016 Geneva International Motor Show.

Produced as part of a limited production series, the 911 R celebrates the 50th anniversary of the original 911 R.

The Porsche 911 R is more or less a Porsche 911 GT3 RS. It has the same 500hp naturally-aspirated 4.0-liter six-cylinder engine and a 7-speed manual gearbox. The engine produces 460 Nm of torque to the rear wheels and can do 0-60 mph is possible in 3.7 seconds. 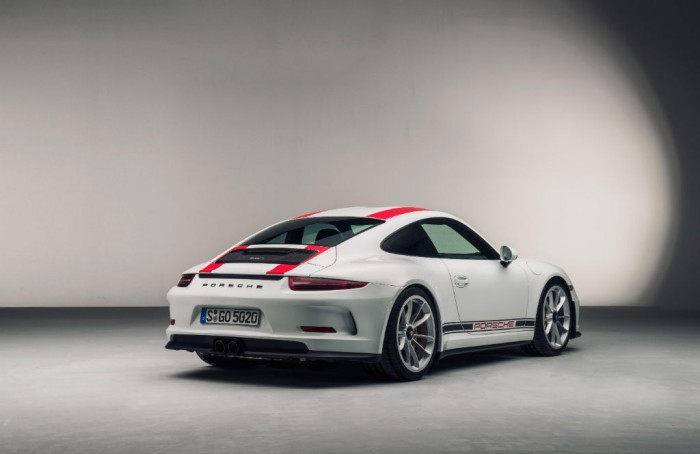 On the exterior, the 911 R is again like a GT3 RS but features a retractable rear wing which gives it a cleaner look. The red stripes pay homage to the original 911 R.

The 911 R is the lightest 911 with a curb weight of just 1,370 kg. This is helped by the bonnet and front wheel-arches being made of carbonfibre. The roof is magnesium, rear windscreen and rear side windows are made of lightweight plastic, there’s reduced sound insulation in the interior and the rear bench seat has gone. 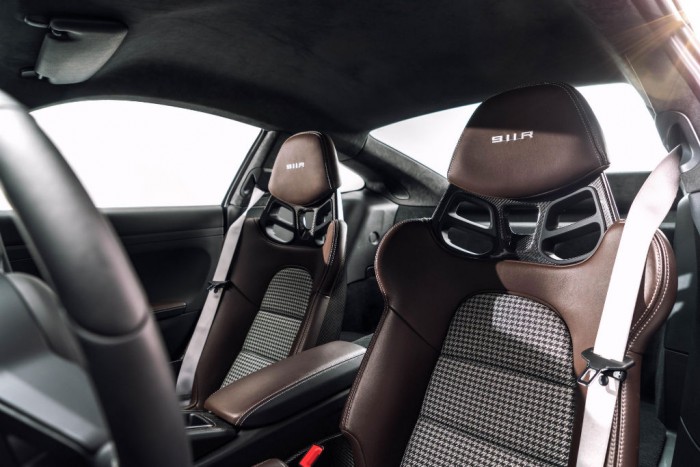 The interior is upholstered in dark brown leather with carbon fiber trim. The bucket seats feature a special houndstooth upholstery along with exclusive 911 R plaques on the side sills, green backlighting for the instrument dials and a Sport Chrono package fitted as standard.

The new Porsche 911 R is available to order from today and is priced from £136,901 with the first UK deliveries scheduled for June.