Dash cams started off in Russia due to the largely lawless nature of their roads, but in recent years they have started to become prevalent in the UK too.

Nextbase have been making dash cams for quite a while, so we took their latest 512G model for a spin. 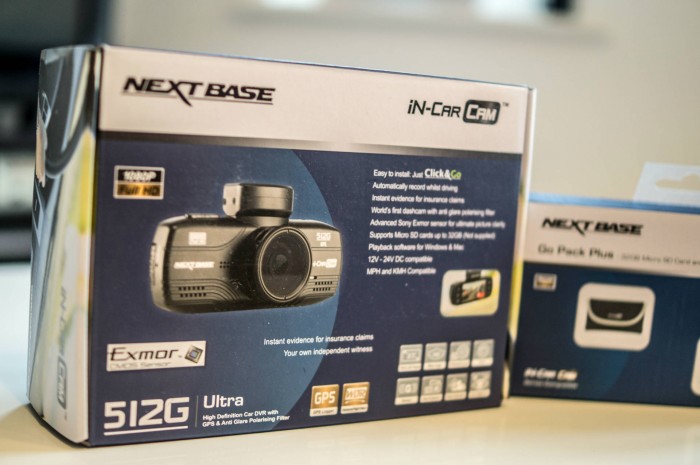 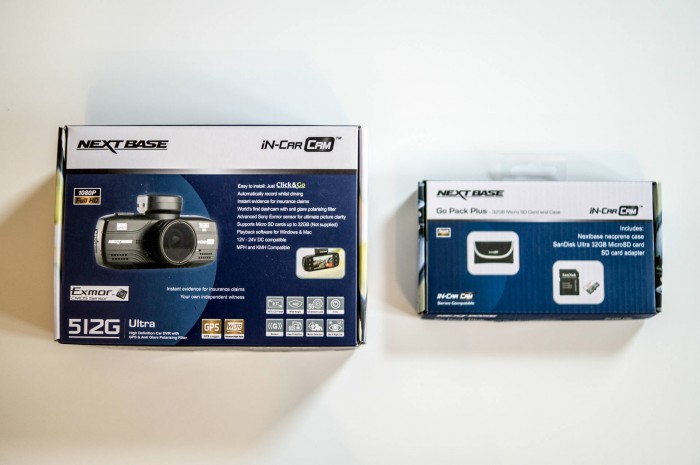 It’s an in car camera that records everything that happens in front of you. It combines GPS data to overlay your exact location on Google Maps when the footage is replayed.

Inside the box you get the camera, suction mount, 4 metre 12 Volt USB lead, USB cable for connection to your PC, software disc and a large sticker proclaiming that your car is fitted with a Nextbase camera. 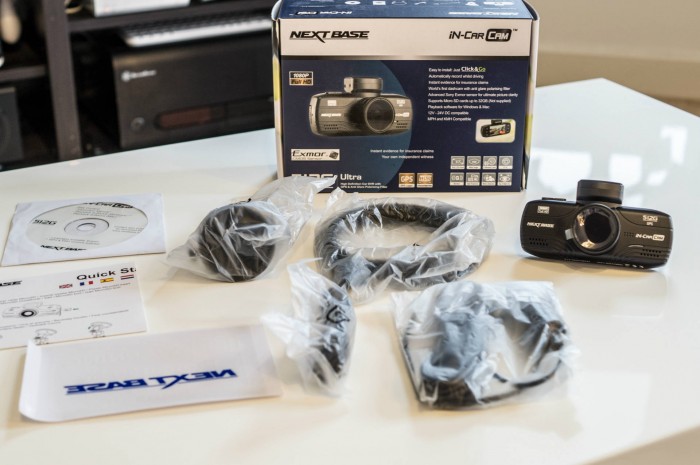 This latest Nextbase unit comes with a plethora of tech inside it. G force sensors to measure any impacts, a 2.7 inch 16.9 lcd screen, a lens that records 30fps 1080p Full HD quality via a Sony Exmor sensor, anti glare polarising filter, 140 degrees of view, an ISO of up to 3200 for clear filming at night, a mini HDMI output, a microphone for recording all audio and as already mentioned GPS to locate you and record your speed. 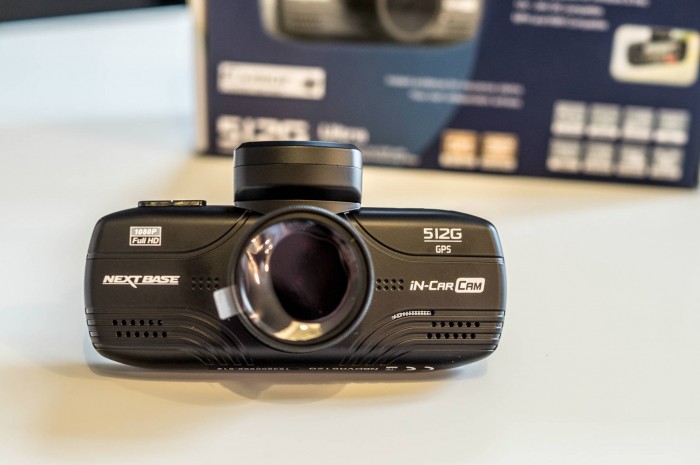 Our Nextbase camera came with the Go Pack Plus, this included a 32GB microSD memory card and a neoprene carry case. But ordinarily the 512G doesn’t come with a memory card.

32GB is the largest it can hold, but this is good for 4 hours of continuous filming. 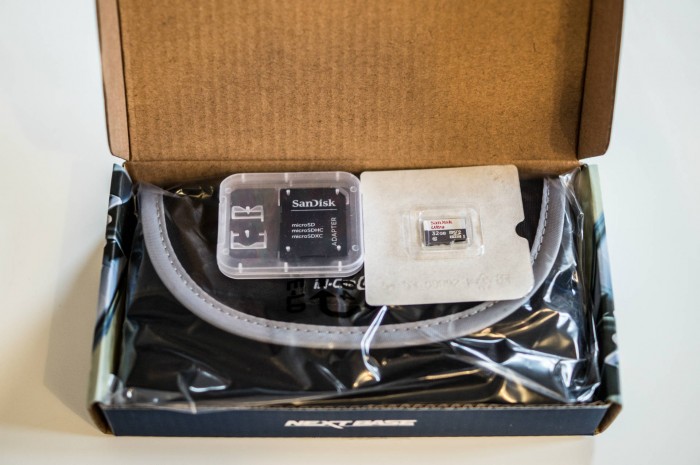 If the G sensors notice an accident they will record that segment of footage and keep it safe in a separate folder on the memory card so it wont be overwritten. You can also press the yellow exclamation triangle on the camera and that locks the current segment of footage too. 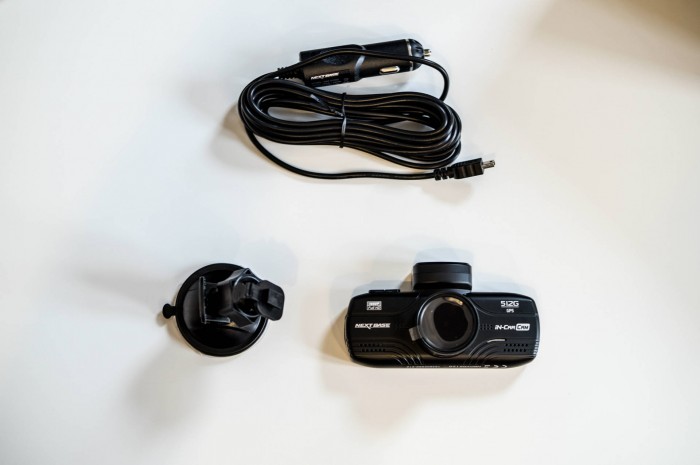 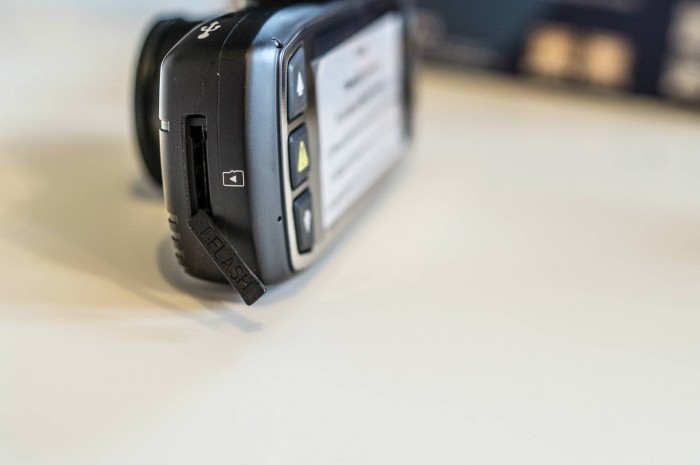 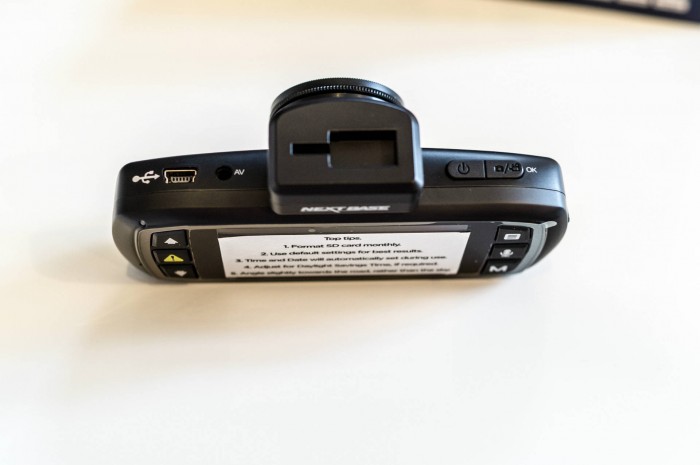 Very, very good. The quality of the footage is superb, really crisp and clear. Even at night the footage is great, the polarising filter really cuts down the reflection on the windscreen, it appears as if the camera is mounted outside of the car you get so little glare on the lens.

The filter twists so you can change the amount of glare reduction by looking at the image on the LCD screen at the rear. 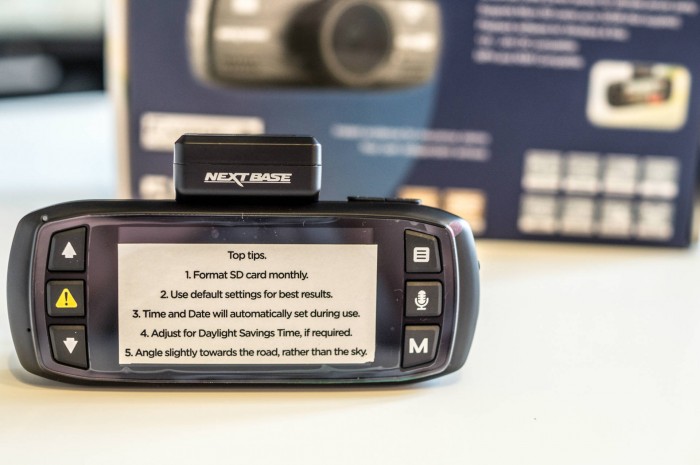 Once plugged in to the 12v socket you can run the cable behind the trim inside your car, it’s easy enough to fit behind headlining and up the a pillar in most vehicles.

As soon as you unlock the car the 512G springs into life and starts recording straight away, you don’t have to do anything.

Battery life isn’t amazing due to its size and all the internals it has to run, but it is only ever really needed during the extended auto off time when you park up and leave the vehicle.

Nextbase also sell a hardwire kit so you can permanently wire in the dash cam and free up the 12v socket once again, very handy.

As the box fresh sticker on the rear says, the default settings are optimum, but for us we tweaked the recording time from 3 minutes to 5 minutes. All the other settings remained factory.

Playing back the video on the Nextbase software is stupidly easy. Just plug the microSD card or camera into your PC or Mac, open the software and browse to the file on the memory card you want to view. 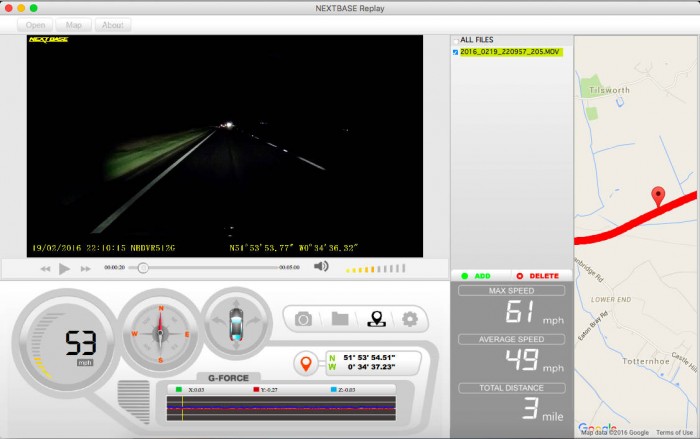 Once open it will show you all the recorded info for that section of video. Max speed, average speed, distance driven, G forces, current speed, location on Google Maps and even the exact coordinates second by second.

In the software you can also take screenshots which is handy.

If you don’t want to download the software you can also view the .mov QuickTime files on their own, but then you forego the map and speed detail.

All in all it’s an awesome bit of kit. £180 may sound like a lot, but for the amount of technology it packs in such a small unit it’s damn impressive. It’s basically a miniature smart phone for half the price.

For the peace of mind it gives you, coupled with the amount of data it’s undisputable evidence if the unfortunate was to happen. Well worth the investment.

The best place to buy one is most likely your local Halfords, then you can actually go and see a unit in the flesh. You can also buy it online here at Amazon.

All the accessories are reasonably priced too, the hard wire kit is £20, whilst the Go Pack Plus isn’t currently for sale but the Go Pack with a pouch and 8GB microSD is just £15.