Pittasoft, a Korean dash cam manufacturer have released an updated BlackVue model into the range. 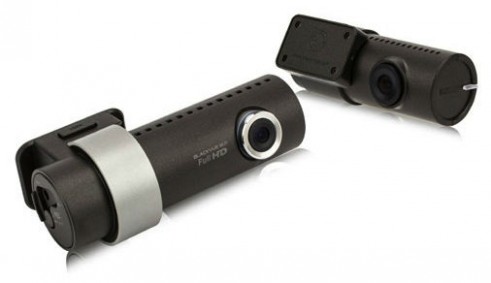 This latest model the BlackVue Dr550gq-2ch (a mouthful I know) incorporates both a front and rear facing camera. Inside the box you get a 12v power socket which you can plug into your lighter socket – if you don’t wish to permanently hard wire it. You also get a 16GB MircoSD card – it’s very rare to actually receive memory cards with dash cams! The front facing camera enables you to record 139 degrees of view at 1080p (Full HD), this is at a bit rate of 6Mbps, the rear camera supports 2Mbps at 720p. Recordings can be viewed on any PC or Mac with the software that is loaded on the memory card. It can also be viewed on your phone via an iOS or Android app. You can also link the dash cam via Wi-Fi, this lets you transfer recordings to your laptop or tablet without taking memory cards out. 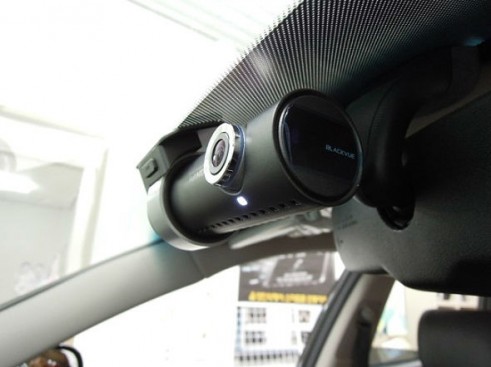 The BlackVue also enables you to record the speed you are travelling at and the date/time. Recording can be triggered by the 3 axis sensor built into the cam, so it will record what happened before and after the impact. It can also be set to ‘loop’ mode, this enables you to record everything and it will just overwrite itself when the memory card becomes full…handy! Oh, and if you decided to permanently wire your camera into your car you can also have it record everything that goes on when you are parked, very James Bond! Prices for the BlackVue Dr550gq-2ch start at around £280.00. Which isn’t bad as most half decent dash cams are around the £250 mark.

All pictures and video from dashboardcamerareview.com