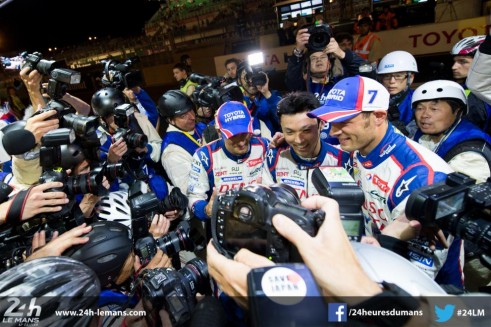 Kazuki Nakajima handed Toyota pole for this weekend’s Le Mans 24 Hours after a potentially fascinating battle in qualifying was snuffed out by a series of on track incidents.

The two Porsche 919s had set the initial pace in an incident packed first qualifying session with Kiwi Brendon Hartley in the #14 leading Neel Jani #20.

But the Toyotas hit back on Thursday afternoon staking their claim for a place at the front of the field during another accident ridden practice.

Nakajima’s time, the only car under 3 minutes 22 seconds, came early in the final qualifying session of three, which had been extended after the cars had struggled to run for more than an hour without a red flag. 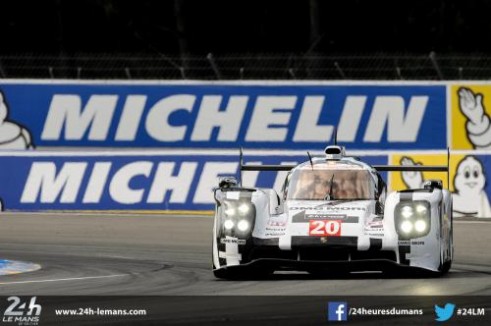 As the minutes ticked away all seven factory P1 cars headed onto the track for a mouth watering battle for pole.

However it wasn’t to be as Karen Chandhock sent his Oreca P2 car to the gravel at Indianapolis with 20 minutes to go, which race director Eduardo Freitas chose to deal with by way of a new-for-2014 slow zone.

With the cars forced to travel at 60 kph through the zone no-one was able to improve on the times already set and Toyota were able to celebrate their pole.

The session had been extended after two red flags stopped qualifying earlier in the day, the sixth and seventh reds of the week!

First James Calado suffered a heavy off in the Porsche Curves, severely damaging the #71 Ferrari and leaving Calado in hospital and out of the race due to medical advice.

While he limped the car back the Pegasus racing P2 Morgan was surprised by his errant driving and took to the grass in avoidance before slamming head first into the concrete barrier. 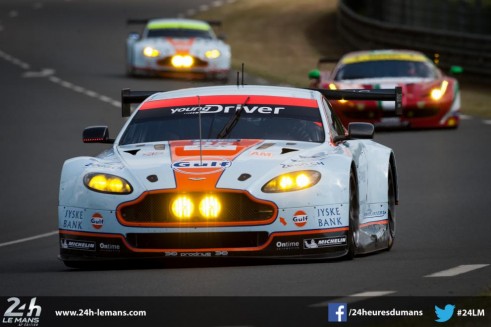 While the Pegasus car was recovered the #99 Aston has been withdrawn after a heavy crash for Fernando Rees in the first qualifying session left the car too damaged to repair, and brought a halt to that period of running.

In P2 the brand new Ligier in the hands of Tiriet by TDS and Tristian Gommondy clinched pole for its first ever race.

Behind him the Jota Sport Zytek-Nissan of Simon Dolan, Harry Tinknell and now Ollie Turvey, who flew in to replace Mark Gene only that morning, took second while the G-Drive #35 Ligier beat its team mate #26 Morgan to third.

In GT, 2012 GTE-Pro winners Gianmaria Bruni, Toni Vilander and Giancarlo Fisichella fought off a stunning run from the Am #81 sister Ferrari, in the hands of Sam Bird, to take pole in the #51 458.

Behind them Corvette claimed third for their brand new #73 C7 R just ahead of the #97 Aston.

The experimental ZEOD RC from Nissan, which had only managed to complete a lap and a half on Wednesday, qualified between the P2 and GTE fields in the hands of Satoshi Motoyama. 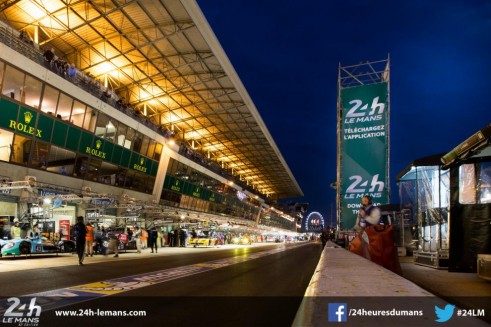