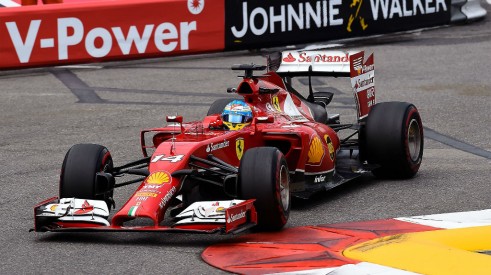 Rumours have been circling around for a while…but now Ferrari chairman Luca di Montezemolo has expressed his disappointment with the team’s performance in F1 and how Ferrari may leave for sports-car racing instead.

2007 was the last time Ferrari won a Driver’s Championship and 2008 since they last won the Constructor’s Championship. Since the regulation changes in 2009 Ferrari have been unable to regain the edge that they had in the early 00’s.

Fast forward to the present day and Ferrari find themselves 3rd in the constructor’s championship with Force India 10 points behind them. Both also equal with the amount of podium finishes.

Recent regulations saw screaming V8 engines being replaced with V6 hybrid power units, the first big step to make F1 ‘greener’. Also regulations see a limit of engines along with other aspects to make F1 more affordable. These have further angered Montezemolo and his thoughts about F1’s regulations.

People watch racing to be entertained. No one wants to watch a driver save gas or tires. They want to see them push from here to there. It’s sport, yes, but also a show.

Montezemolo says that Ferrari could just focus on endurance racing as competing in both F1 and sports-car racing “is not possible.”

Ferrari could compete in endurance racing possibly as soon as 2020. Ferrari competed in sports-car racing from 1947 to 1973 where they won Le Mans nine times. They then left as Enzo Ferrari wanted to concentrate on F1. Currently, they are the oldest team competing in Formula 1.

That being said, Luca di Montezemolo says a concrete decision hasn’t been made and comments on Ferrari racing team’s website states that Montezemolo’s comments have been exaggerated by the media and Ferrari COULD compete both in F1 and sports-car racing.