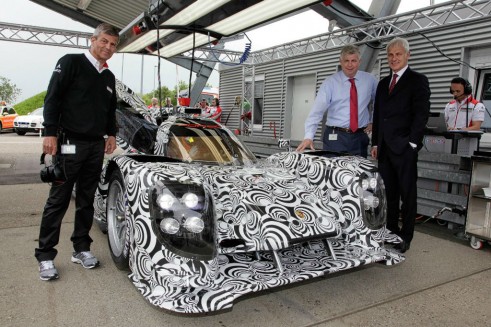 Porsche have unveiled its new (slightly swirly) LMP1 race car. It will compete in the 2014 Le Mans, and also next years World Endurance Championship (WEC).  It was completely developed in house, further testing will happen during its 2014 race debut.

Matthias Müller, Chairman of the Executive Board, Porsche AG, particularly emphasises the benefits customers will enjoy from the development of the high-tech race car.

“The engineers were able to start with a blank sheet of paper in the design of the new LMP1 car that was out here today on the Weissach race track for the first time. Hence, they were able to apply many new technologies within the framework of the regulations that will also benefit the customers of our road-going automobiles in the future. After all, there’s a race car in every Porsche.” 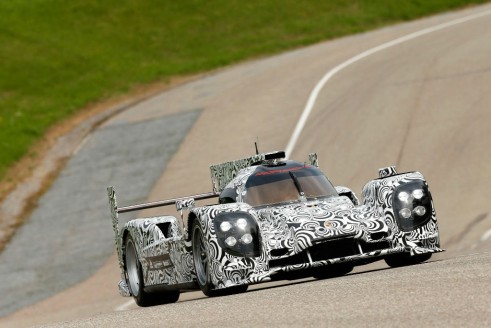