Mitsubishi’s electric world is powering up

Come join the electric world, it’ll be fun they said. “They” being electric car owners with super fast charging networks on their doorstep and a driveway for a charging point. For everyone else, electric cars remain an interesting but unsuitable concept and will do until the batteries in them can be charged in less than 5 minutes.

You see, it’s about convenience is this. We are accustomed to driving, filling up, driving, filling up and, you know, driving. Not waiting 30 minutes for an 80% charge or meticulously planning our routes (and changing them to accommodate charging stations) because our car might run out of juice. It’s that lifestyle electricity has to grasp.

The answer right now to that is a plug-in hybrid (PHEV), a half-and-half that’ll run in electric mode for 20-50 miles before calling on its petrol engine to boost range. In electric mode, PHEVs emit nothing from their tailpipe. They only emit CO2 when the combustion engine is called on and for many people it won’t be called on at all. It depends on the electric range of the PHEV, and Mitsubishi is having a good crack at that. 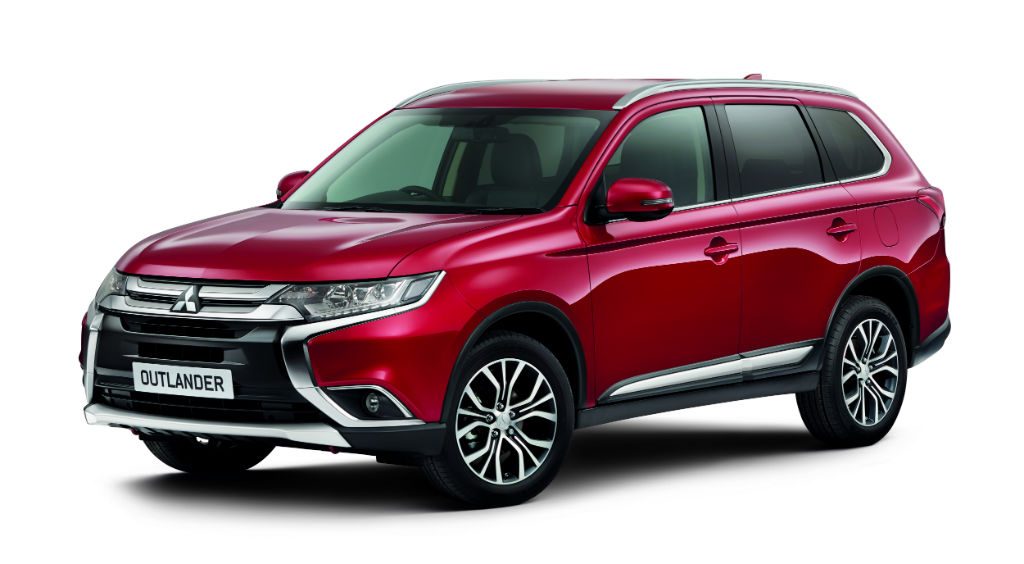 The 2019 Mitsubishi Outlander PHEV is one of the biggest plug-in hybrids on sale. And yet, it has impressive EV range. It has a bigger battery pack, which enables it to produce an electric range of 33 miles on the now outdated NEDC test, but 28 miles on the new WLTP test which is a better indication of real-world range. The city WLTP test produced excellent results – 35-miles, which around town in 20, 30 and 40 zones is plenty.

That bigger, better battery pack (10% bigger than the old car at 13.8 kWh) hasn’t just increased EV range either, it has increased the top speed in electric mode to 84mph. It’s as at home on the motorway as it is in the city then.

The new 2.4 petrol engine offers more power and torque for a responsive drive. The WLTP combined fuel economy for the Outlander PHEV is 139mpg or 50.4mpg with a depleted battery. Which is impressive stuff for a car weighing in at 1,880kg bone dry. 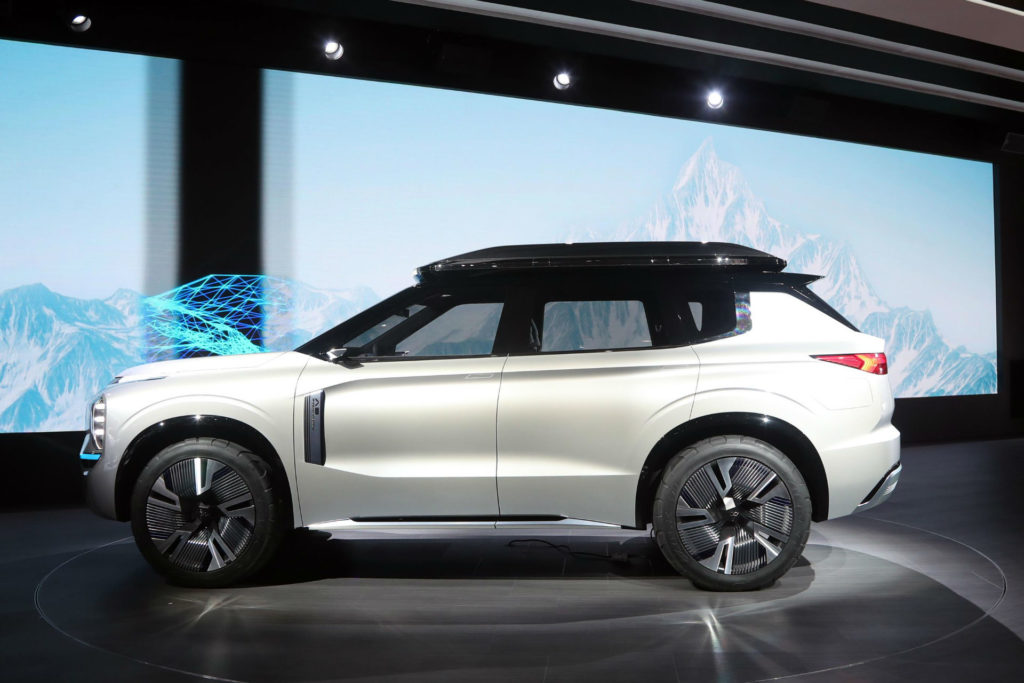 It has twin motors, a 2.4 petrol engine and 4WD to offer reliable performance in the most challenging weather conditions. It’s a bigger, more powerful vehicle than the Outlander, with three rows of seats for seven passengers and a stonking boot. 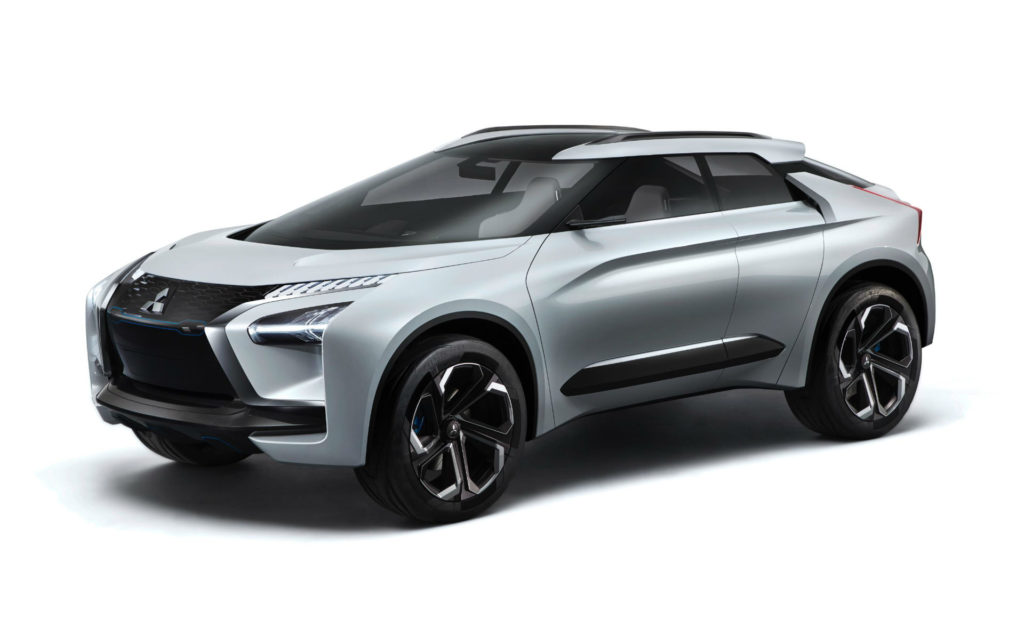 Remember what we said about electric cars? Mitsubishi hasn’t got an all-electric car on sale right now because of the challenge. But they’re in the process of meeting it, and the e-EVOLUTION CONCEPT is the first step.

It’s an all-electric luxury saloon with a high capacity battery and dizzyingly futuristic styling. It’s somehow curved yet angular and you can see how their current “Dynamic Shield” design language has inspired it. Mitsubishi claims it to be a long range EV which means a range in excess of 300 miles.

Of course, in the cases of the e-EVOLUTION CONCEPT and Engelberg Tourer, we’re discussing concept cars. Neither will likely make production. But the Outlander PHEV is right here, right now, and sets the standard for hybrid SUV motoring. 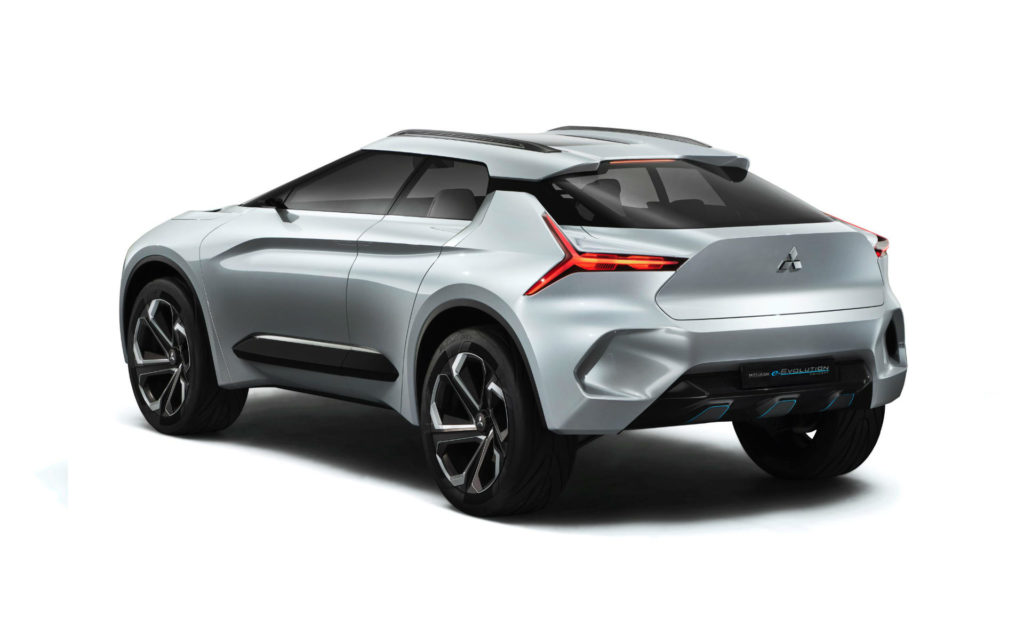