The Frankfurt loins doth gird for the rush of pre show reveals has begun with the hotly anticipated yet wildly unsurprising Mercedes-Benz C-Class Coupe being the latest to have the sheets whipped from its bow. 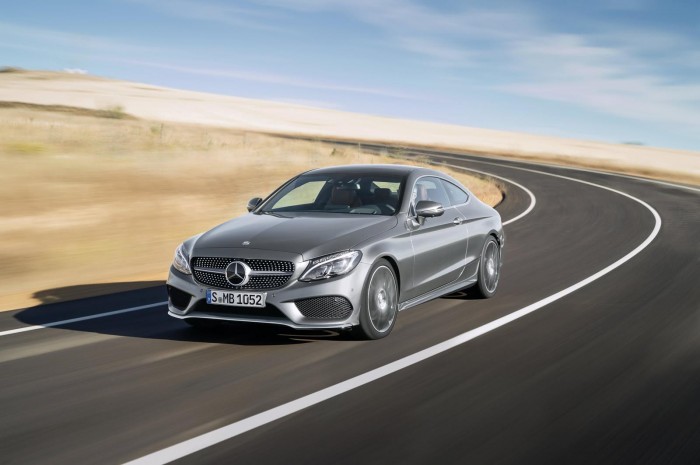 “Unsurprising” does somewhat an injustice to it’s looks. As with much of Mercedes’ recent crop, the new C Coupe is handsome and expensive looking, which anything that was an aesthetic amalgam of the S Class Coupe and the AMG GT would find hard to avoid.

The front borrows most from it’s saloon counterpart with the coupe window skyward flourish familiar from the GT, and the entire hindquarter a cut, paste nip and tuck, from the S. All told, the new Coupe looks like it should be keeping company with BMWs 6 Series rather than the 4 Series, with the latter looking rather cheap by comparison. Even following the spangly LEDs of the LCI update, the 4 Series is at best middle management to the new C Coupes CEO. 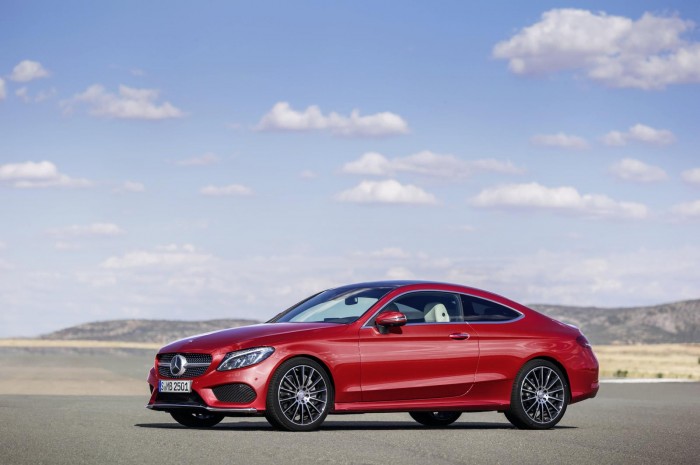 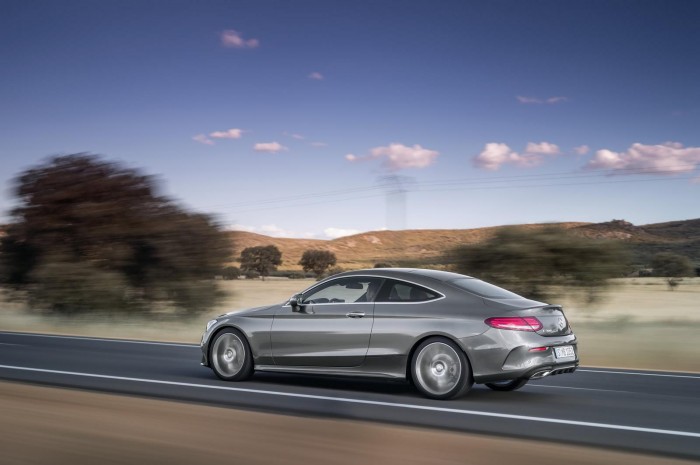 The inside is familiar C Class including, rather unfortunately, the 2010 HP slate tablet PC crucified atop the centre console. The rest lives up to the standards of the highly commended cabin of the saloon with a neat design, fit and finish and a quality atmosphere. Ambient lighting, quality aluminium accenting and minimalistic design make for an interior that is in keeping with the “punch above its weight” attitude of the exteriors presentation. As ever though, it really is a shame about that screen. 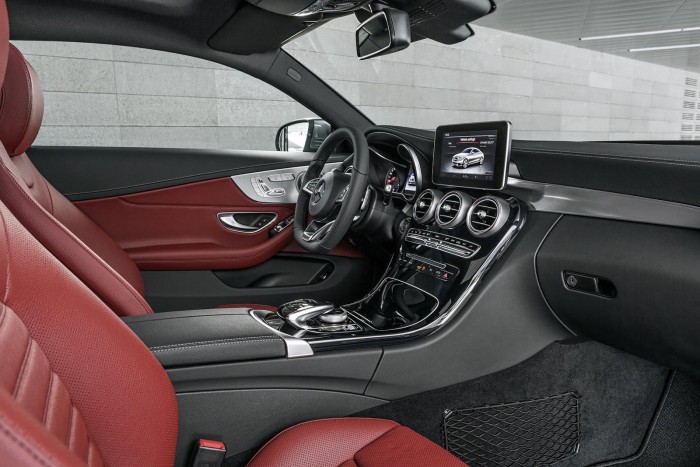 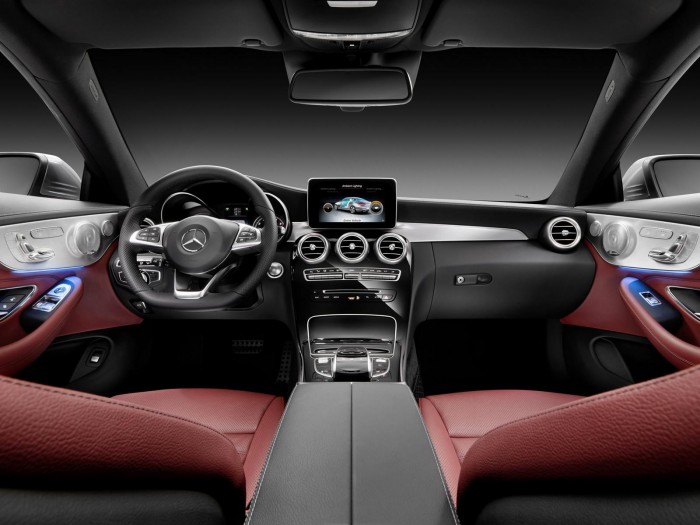 Under the skin much of the four door carries over with the platter of power plants, transmission, air suspension and AMG trimmings all available. As for the Full fat C63, a full reveal is slated for August 19th following quite an aggressive “teaser” campaign.

The last C63 was a big hit and with many last gen’ AMG Coupes three year leases elapsing about now and onwards into 2016, Mercedes will definitely be hopeful for customers repeat proscriptions. 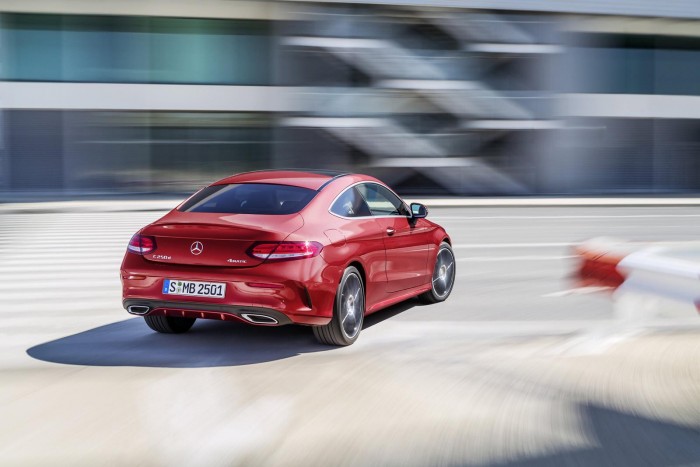 Both versions will without question be appearing in the metal at the 2015 IAA Frankfurt Auto Show in September amongst a smorgasbord of other reveals. Order books will no doubt be open with deliveries likely commencing in the first quarter of 2016.