Just hours after Mercedes dropped the cloth on its new compact executive C Class Coupe, BMW has lifted the lid on the concept that previews the most extreme version of its high performance coupe AMG rival, the M4. 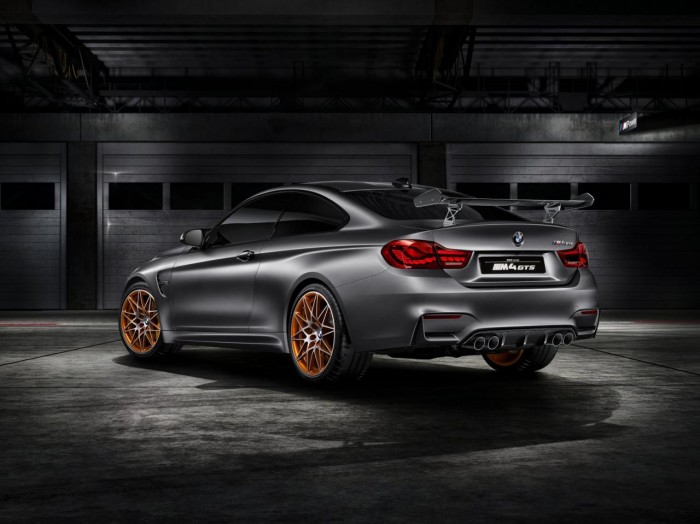 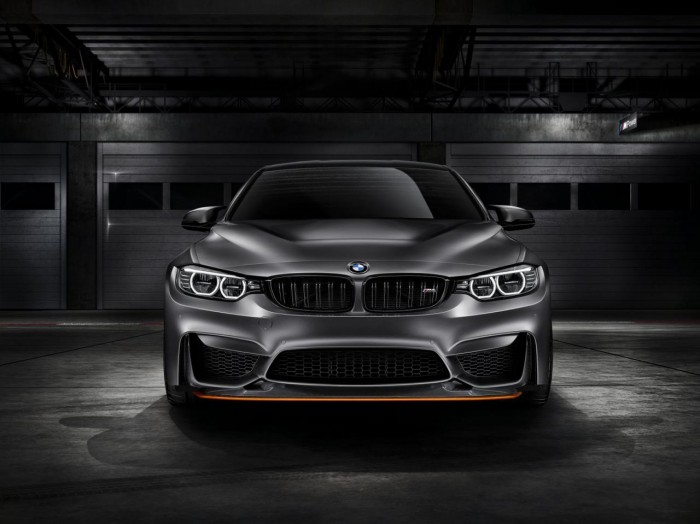 Other aesthetic changes include the glitzy OLED light clusters at the rear, reminiscent of the CES M4 “Iconic Lights” concept, as well as a mild bewinging and a new set of lightweight forged alloy wheels. Those and the more steroidal splitter at the front feature “acid orange” accenting, too. 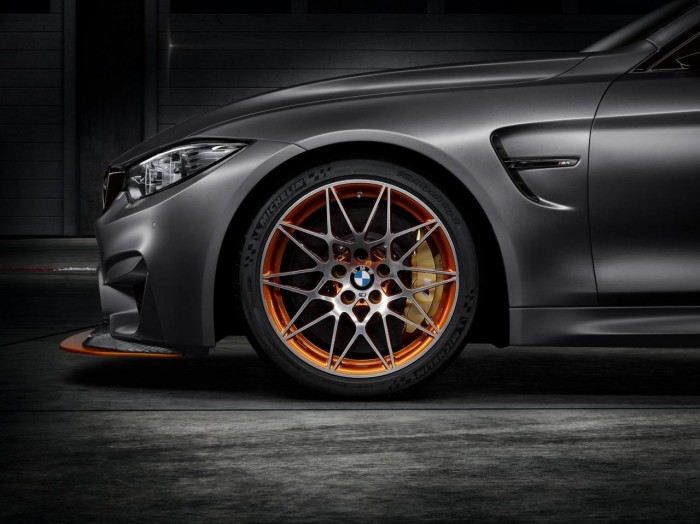 Under the skin things do indeed get interesting. The rumoured water injection system goes official allowing for an as yet unspecified but, BMW assures, significant increase in power and torque as well as a decrease in full throttle fuel consumption. Injected water vapour into the inlet manifold decreases intake air temperature significantly. With the risk of “knock” in the engine subsequently reduced, a tighter injection map and higher boost pressure can therefore be used. 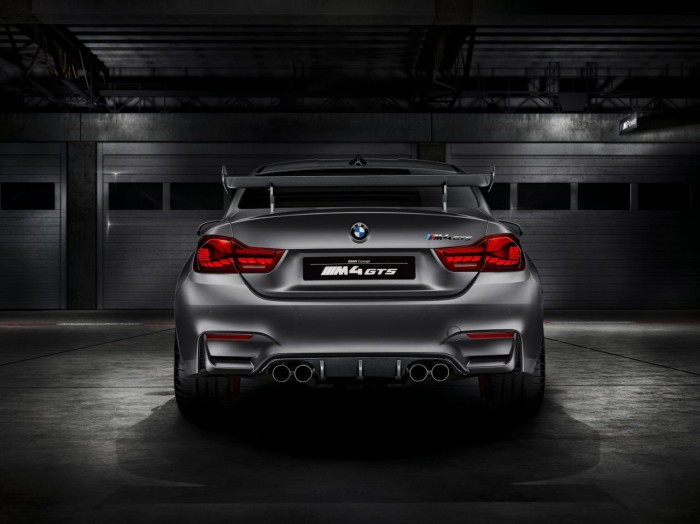 Being such a niche collector oriented product, Pebble Beach is the ideal debut venue for the pre production GTS to get some ink in the order books. As for how close this concept is to reality… expect the rear light clusters to be downgraded to the imminent LCI update units, with the ageing fronts being binned for the aforementioned upgrade. The high maintenance paint job will likely be binned also, if not for feasibility, just to differentiate concept from production. Carbon trinkets such as the bonnet and wings are all but certain to reappear on the final product, too. 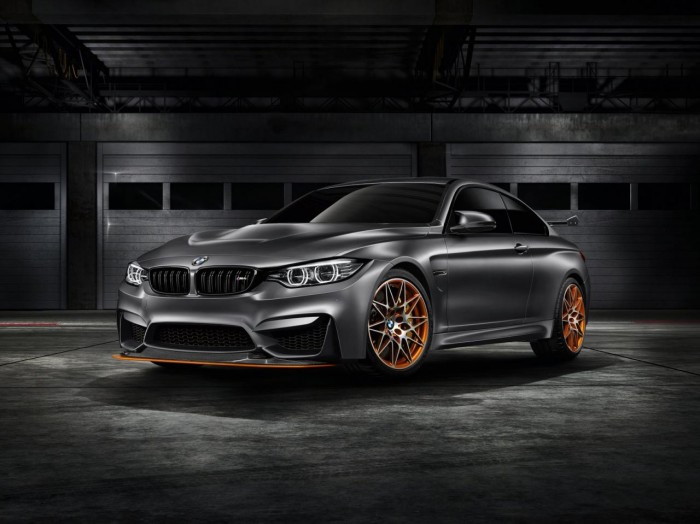 That will likely make an appearance at Geneva next year, but until then the M4 GTS Concept will take a bow at Pebble Beach and possibly Frankfurt in September.