In the 13 years since the incorrigibly beautiful and expertly tuned Mazda RX7 FD Spirit R Type A drew its last breath, the legend of the Mazda Rotary engine has been but a dim glow in the eye of it’s indirect successor, the RX8.

Less well endowed, softer styled and aimed at an entirely different audience, the weight of the torch that the FD had to pass was always too much for the commendably enthusiastic but ultimately weaker RX8 to bear.

Consequently the yearning of petrolheads the world over for a true super sporting muscle bound successor to the iconic RX7 has been difficult and as we can now confirm, impossible to ignore. 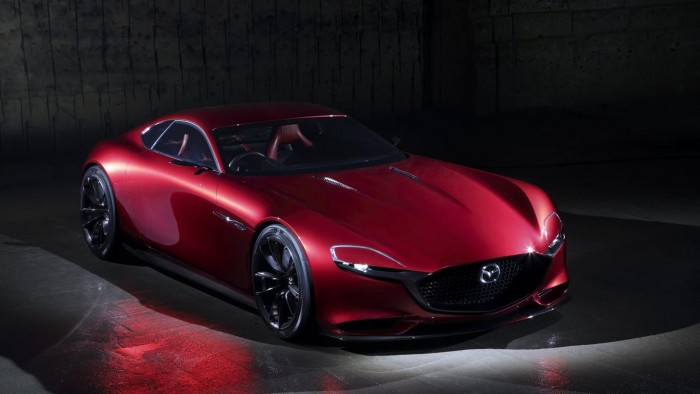 Whispers that the iconic Rotary was to be resuscitated have been swirling for years. Indeed Mazda claims that work has never stopped on bringing the format up to modern emission consumption and reliability standards, but the pipe dream of a super sports car revival has only been granted credence at this years Tokyo Motor Show.

The RX-Vision concept is an unashamed idea for what a true RX7 successor could be. The long swooping bonnet makes a front mid mounting for the new Skyactiv-R rotary unit a near certainty whilst it’s unapologetic port hole coupe windows, fuss free evolution of the Kodo design ethos and tautness of it’s posterior give it serious attitude and a definitive singularity of purpose.

The FD DNA running through those gorgeously aggressive yet refreshingly simple rear light graphics hammers home the point: Mazda has ambition for a serious performance model once again, with an astute and acute awareness of icons bygone in their vision. 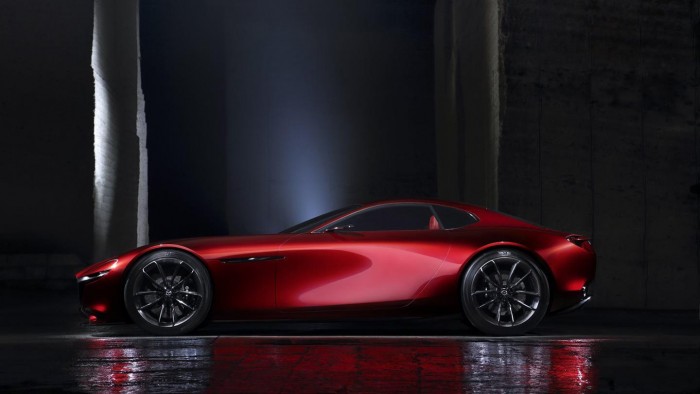 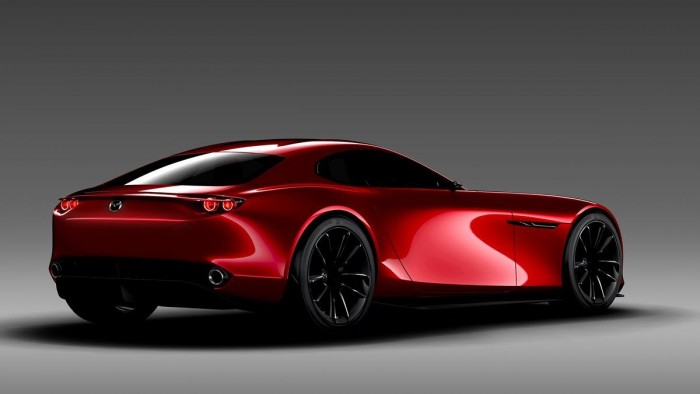 As for whats under the gown, Mazda has been resolutely coy. That it packs a re-imagination of the Rotary with lightweight efficient Skyactiv knowhow has been in the air since long before it’s reveal, but the specifics of it’s arsenal are as yet withheld.

From shots of the deliciously driver focused interior, a lack of paddles and presence of a beautiful old school metallic short shifter suggests this is a manual, but we hold low expectations for this to be any more than a propaganda install to fuel chatter.

Could the new engine be hybridised? A torque-fill esque system would certainly gel well with what is traditionally the achilles tendon in the dynamic repertoire of a Rotary: low down grunt. It would also negate the need for a personality sucking turbocharged steroid shot. Heres hoping for the aforementioned more forward thinking powertrain. 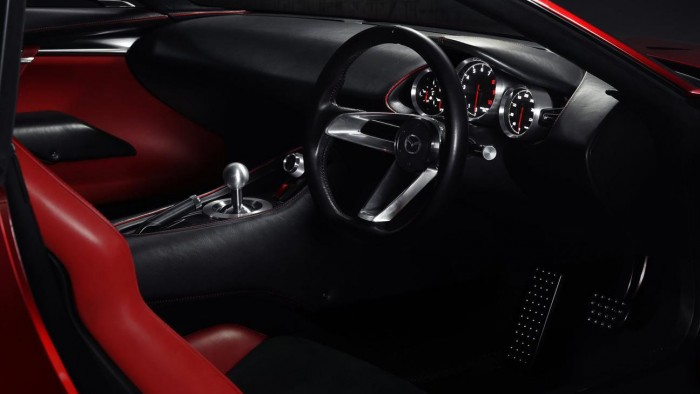 Speculation aside, Mazda has achieved its very simple directive for the RX-Vision: demonstrate intention, and stoke the blaze of hype for just a couple of years more. Production of some description is highly likely, but expect a serious tone down of the concepts proportional frippery. Of course it’ll be jaw dropping regardless. 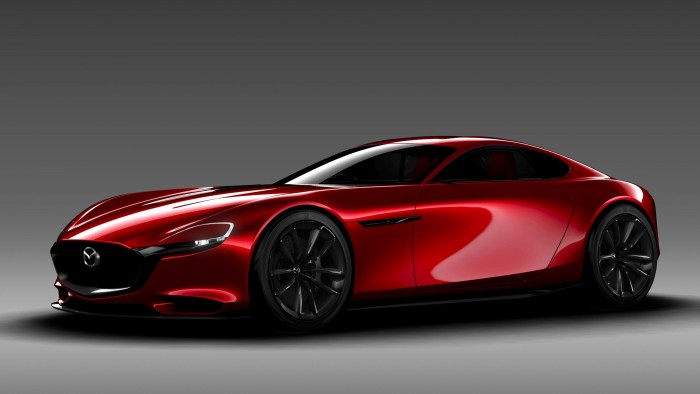 How about a 2017 appearance in production form then. Just in time to celebrate the 50th anniversary of the rotaries install in the Cosmo?

Word has it that Mazda are gunning for the Cayman. That’s big talk but Mazda seem to think a more lightweight model could take the mid engined sport cars crown away from the Porsche…

Lord knows we hope that rumour is true. As of now all we have is the RX-Vision, and that will most certainly do for the foreseeable.