In a time where the crossover is king, it seems manufacturers are trying to appeal to niche buyers. Someone that wants those tough, go-anywhere looks, but not necessarily the bulk of such a big car.

Ford started this trend with the Fiesta Active and followed on with the Focus Active, well, now Kia are in on the game. Their first family-sized crossover hatch offering is here, the Kia XCeed. 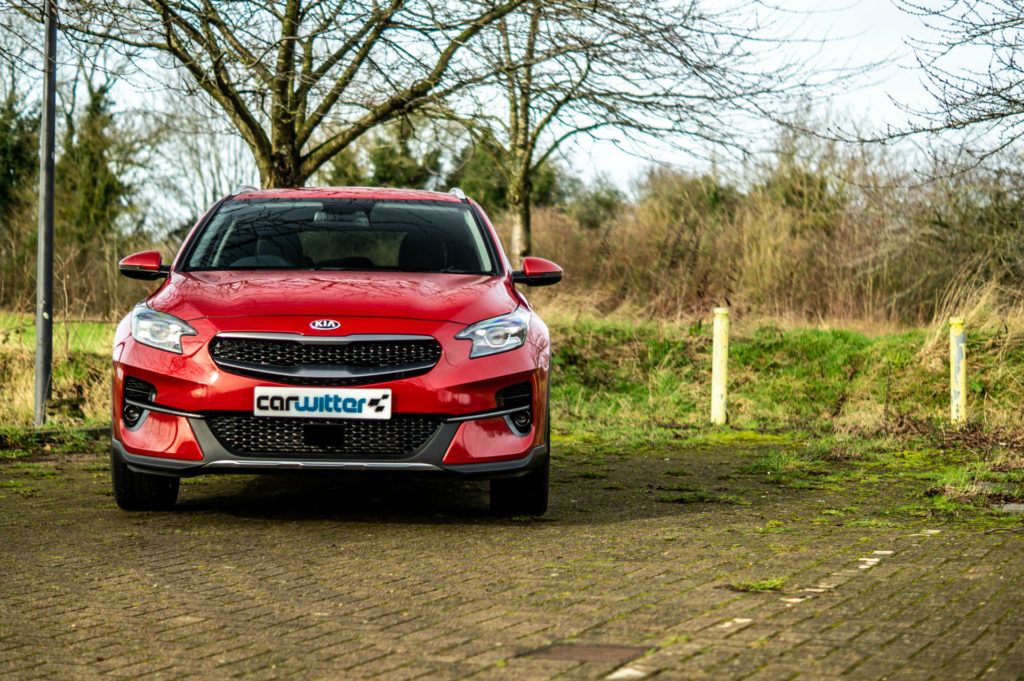 Now, most of the players in this hatchback crossover market employ the usual ‘slap plastic cladding on the sides’ approach to styling. Not so with the XCeed. Only the front doors are the same when you compare it to its brother – the Ceed, the rest of the car is all new.

Head-on you notice those tougher, rugged looks, the XCeed takes on its own style when compared to the rest of the Kia range. Boot space has grown and there’s an extra 85mm gained over the Ceed. 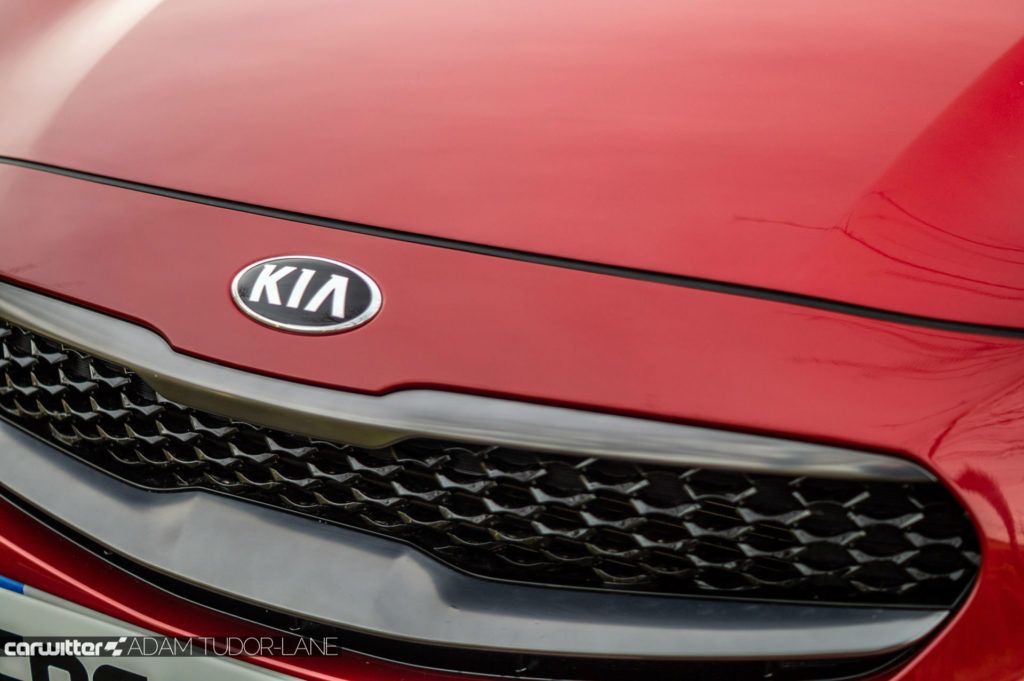 Ground clearance has only been upped by 40mm, but this is no off-roader as we’ll come to later. A wider body than the Ceed gives this hatch a more purposeful stance, with the heavily flared front arches making a great feature.

Overall it’s a fresh looker, offering more style and pizzaz than the likes of the humdrum Ford Focus. 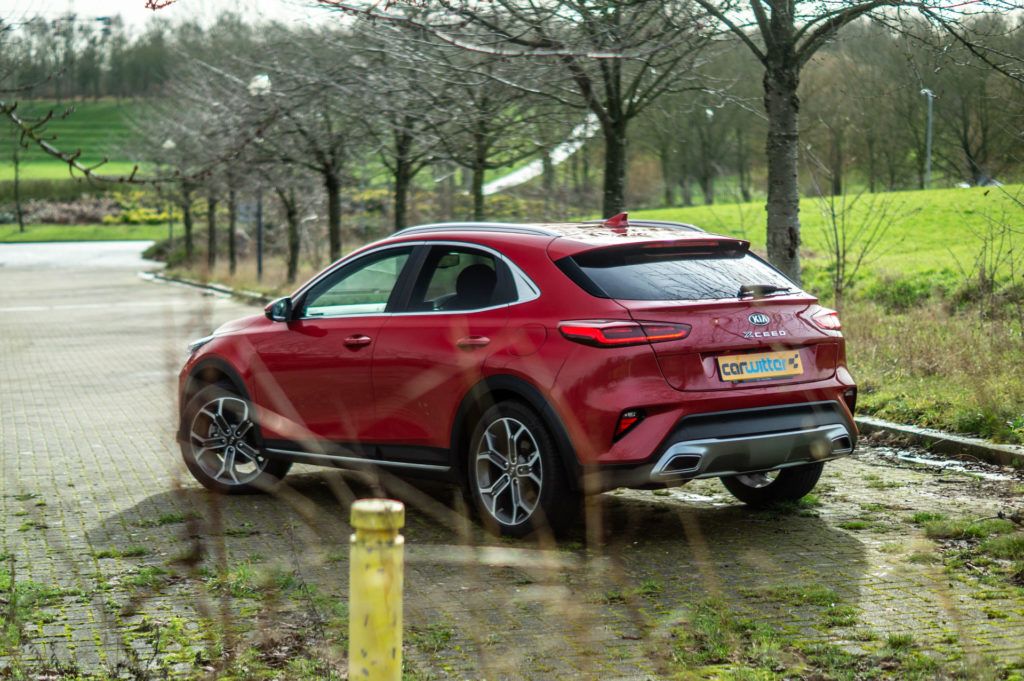 With the death of diesel still dragging on, there’s only one in the XCeed line up. Making 114 BHP and 280 Nm of torque our ruggedised Kia would drag itself to 60 in 11 seconds. Sounds slow, but the torque makes it feel spritelier than it is. 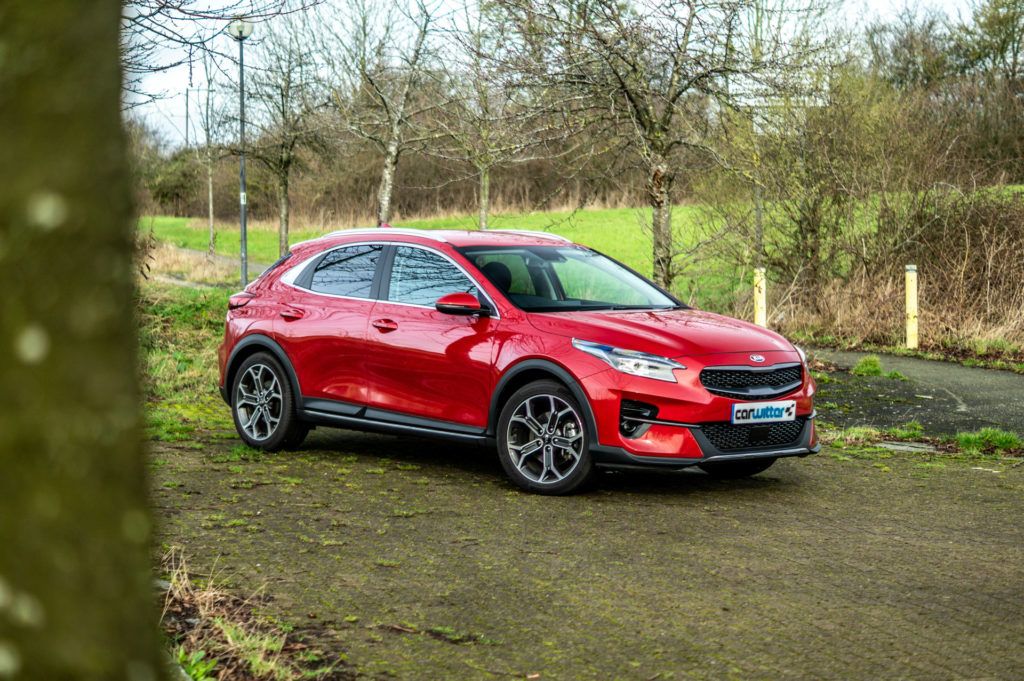 Even the dinky 1.0-litre turbo gets to 60 quicker than the diesel, which is a surprise. However, you are met with great MPG in the 1.6 CRDi.

Over 272 miles of pure town driving we averaged 41 MPG, this would have no doubt skyrocketed if a few long slogs up and down motorways were thrown into the mix.

Despite the Kia XCeeds looks, that’s all they are in terms of soft-roading abilities. Unlike Fords ‘Active’ offerings, there’s no trick pseudo-all-wheel drive modes, nor any hint of a mechanical diff in the options.

This makes the Focus Active a more enticing prospect for those weekend adventurers, alas Kia aren’t really shooting for that market here.

Overall the ride is well balanced, sometimes in cars of this ilk, you can get the ‘driving on stilts’ effect due to the raised ride height.

But Kia have nulled this completely, the XCeed corners just as well as any hatch of its size should, utterly beguiling of its extra height. 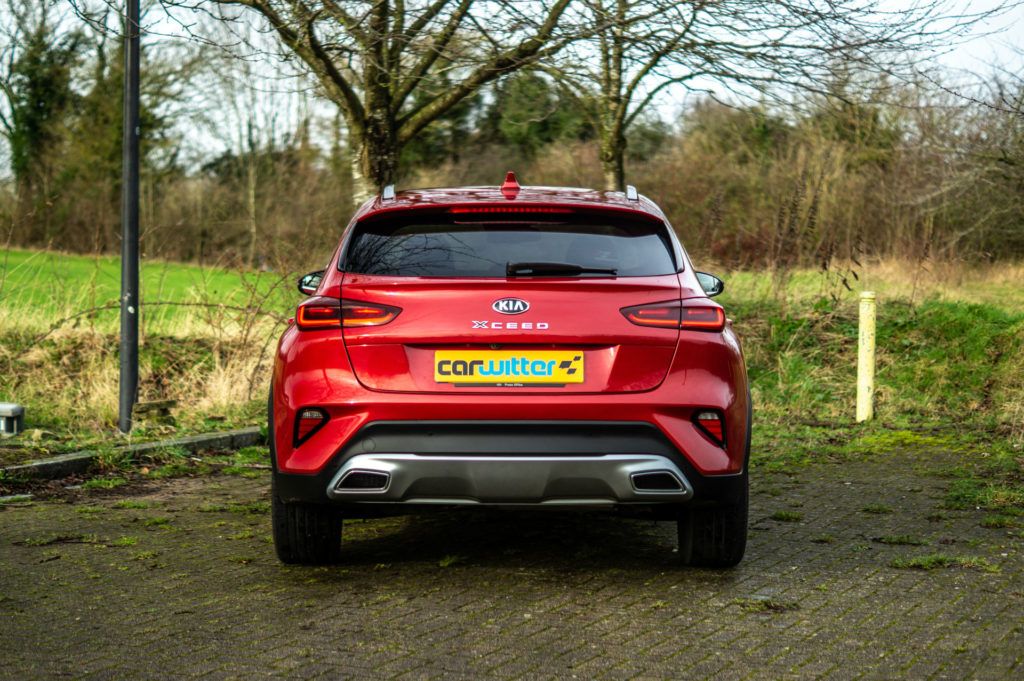 Around town, you notice how Kia have controlled that additional ride height. Over smaller imperfections the Kia XCeed jitters now and then, feeling like all those bits underneath you are just a bit too stiff – even though they’ve added fancy hydraulic bump stops up front and independent rear suspension.

But you can’t have poise and handling with soft, comfy springs and dampers, so it’s easily something you can live with.

Pace in the 1.6 diesel is fine, the torque gives it a liveliness that makes you forget the more sedate 0-60 time.

But if you want something with a little more bite, go for the 1.4 turbo. Yes, you’ll lose MPG, but you’ll gain performance and save yourself £1,200 in the process. 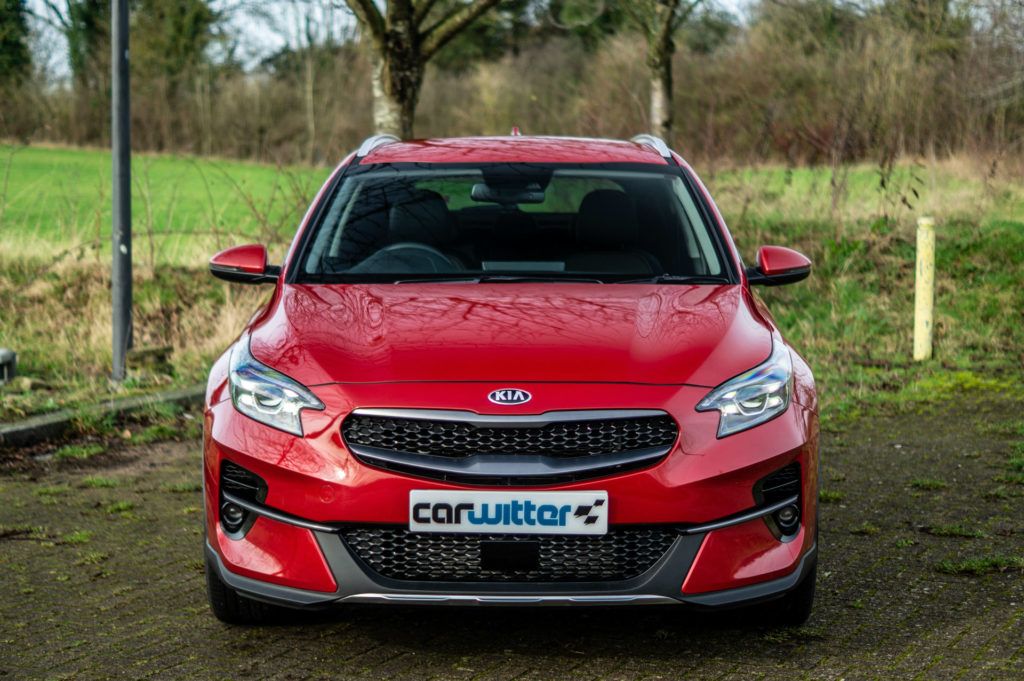 As with all modern Kia’s quality for money is top-notch, all the soft bits are soft, the touchy bits svelte and the design modern.

Granted, there are still a few too many switches when compared to the likes of Audi and Volkswagen, but the ones that are present across the dash are things you need instant access too rather than fiddling through menus. 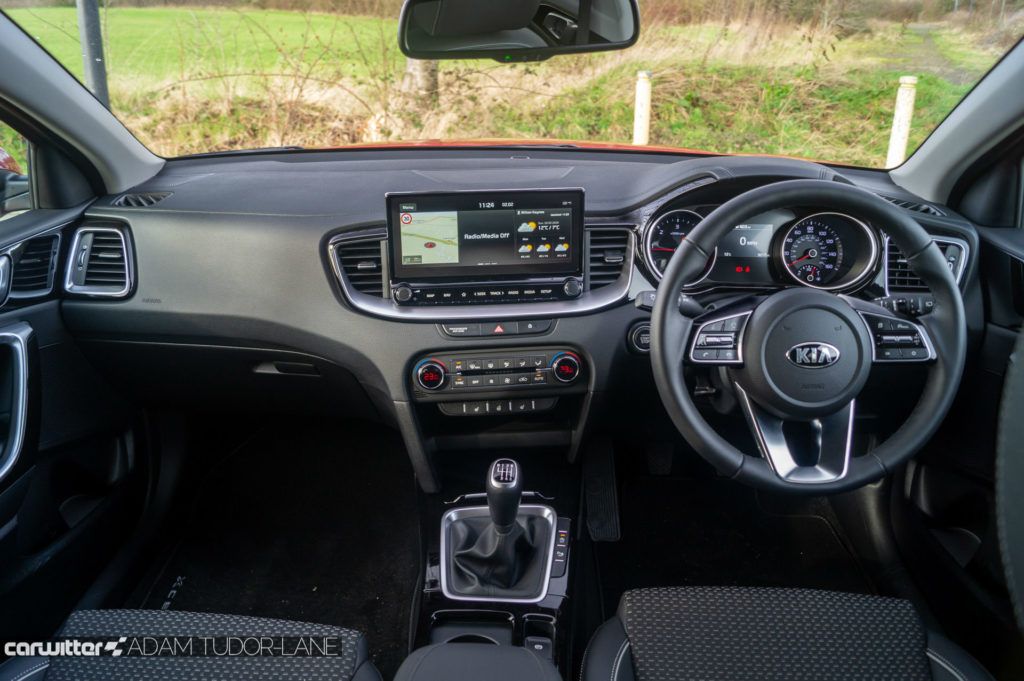 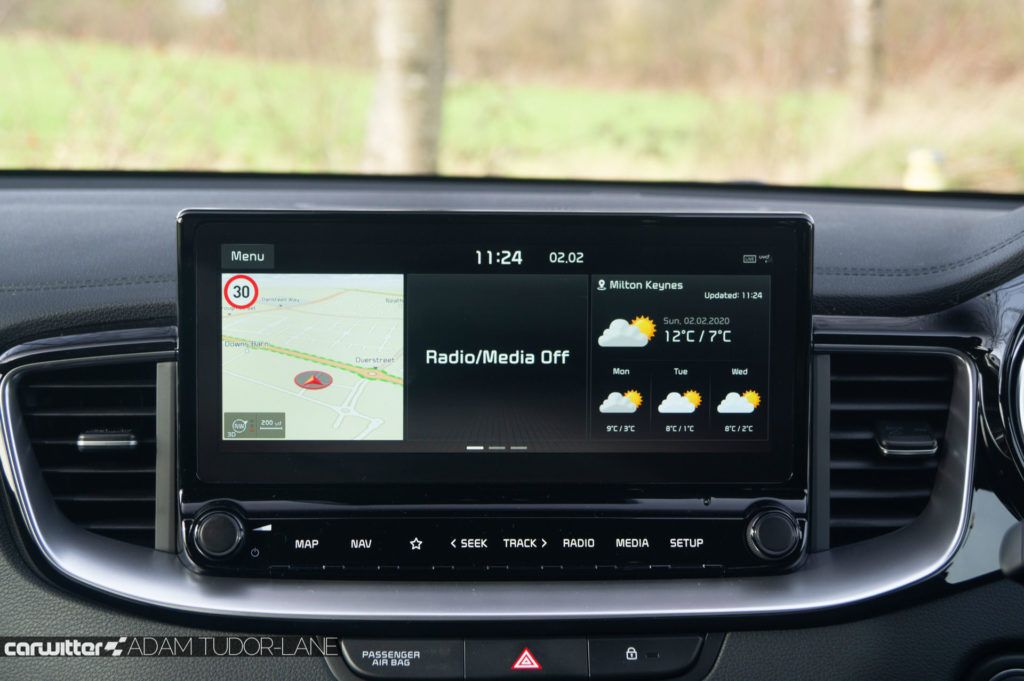 Handy shortcut keys sit below the 10.25-inch infotainment screen, again, making things far less dangerous when on the move. You can also upgrade the binnacle dials to a 12.3 inch TFT which makes the interior feel even more modern. 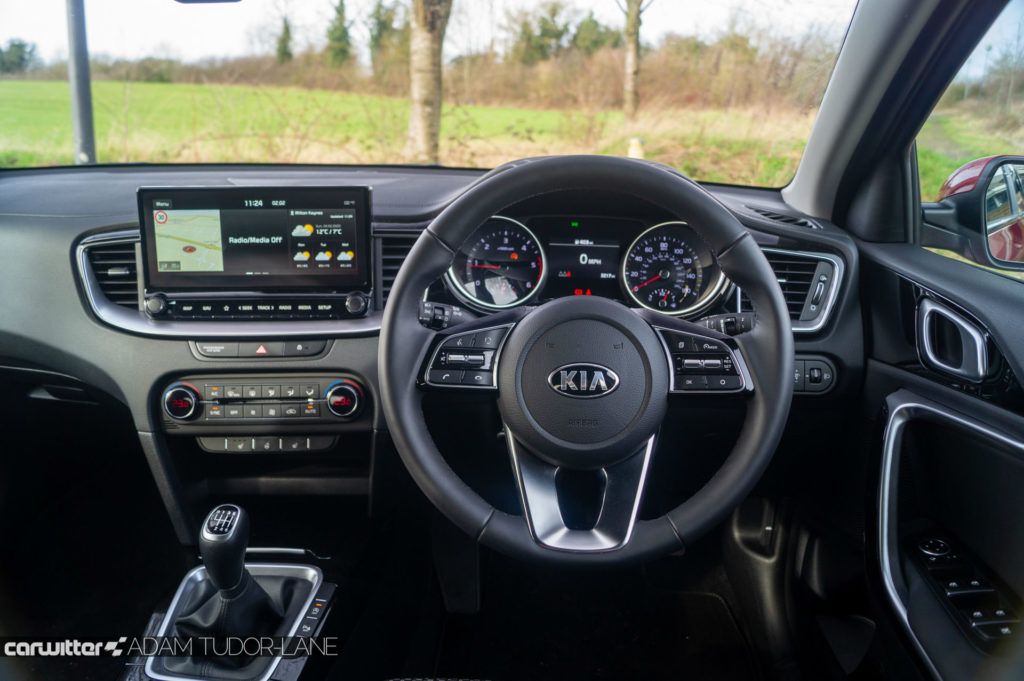 Rear seat legroom is on the smaller side when compared to similar hatchbacks in its class, while that curved roofline does eat into headroom if you’re on the taller side.

Boot space measures in at 38 litres more than the Ceed at 426, the boot floor can also be made entirely flat by lifting it up – very handy for heavier items. 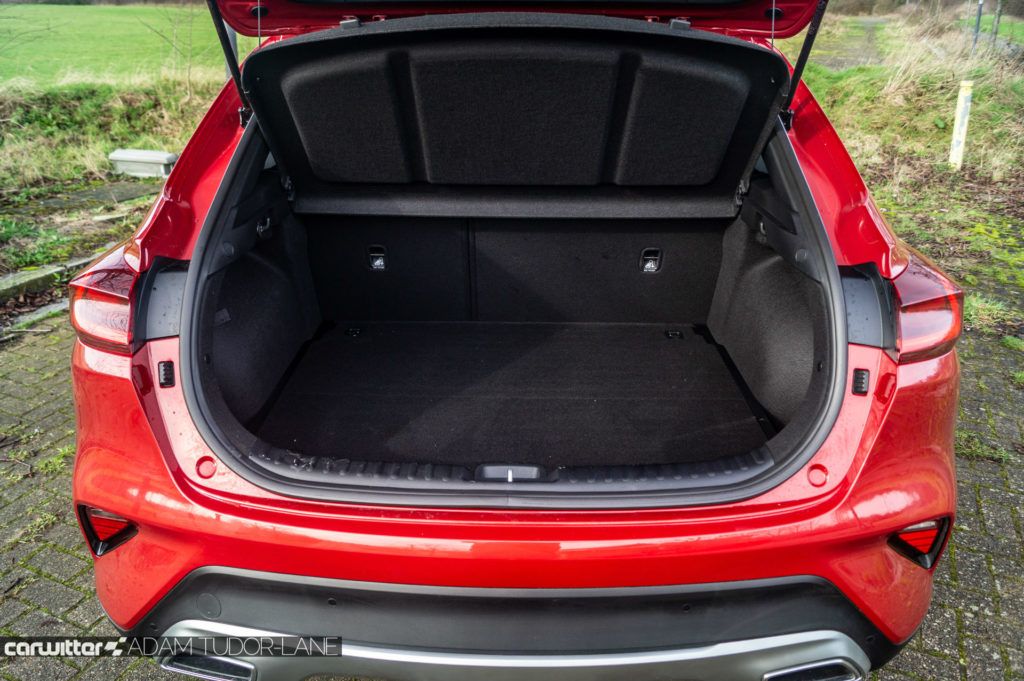 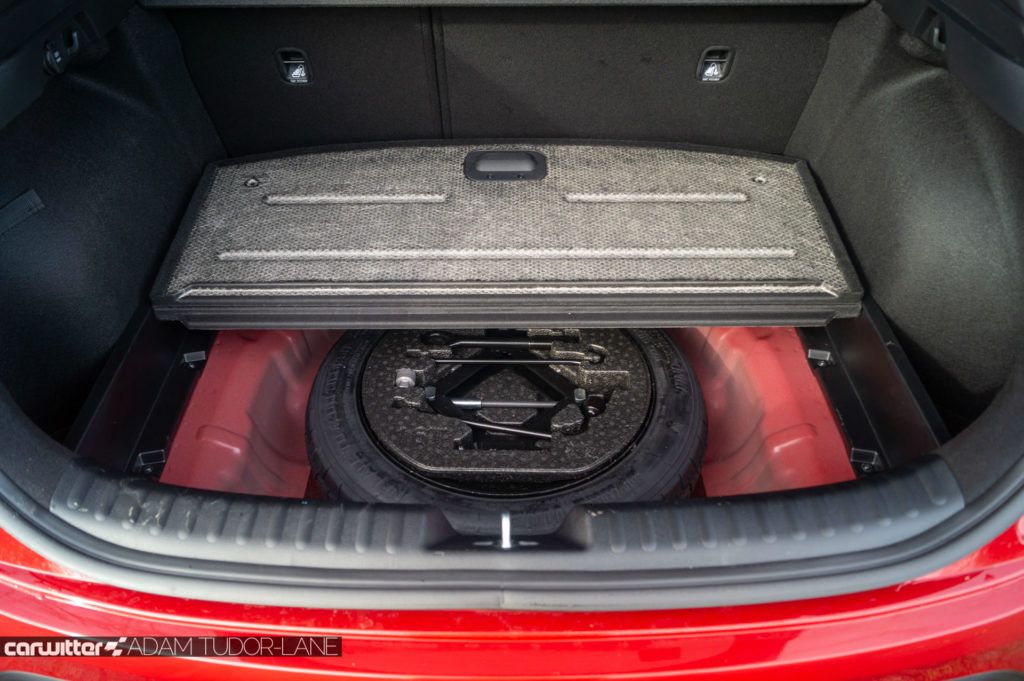 If you want something a little different, a car that stands out from the crowd yet isn’t a generic ‘crossover’, then the XCeed is well worth looking at. It may have Ceed underpinnings, but on top, it looks and drives like a totally different car.

It’s a shame there aren’t some sort of traction control based all-wheel-drive abilities thrown in, but the style the XCeed packs means it’s aimed squarely at the city dweller not the urban escaper. 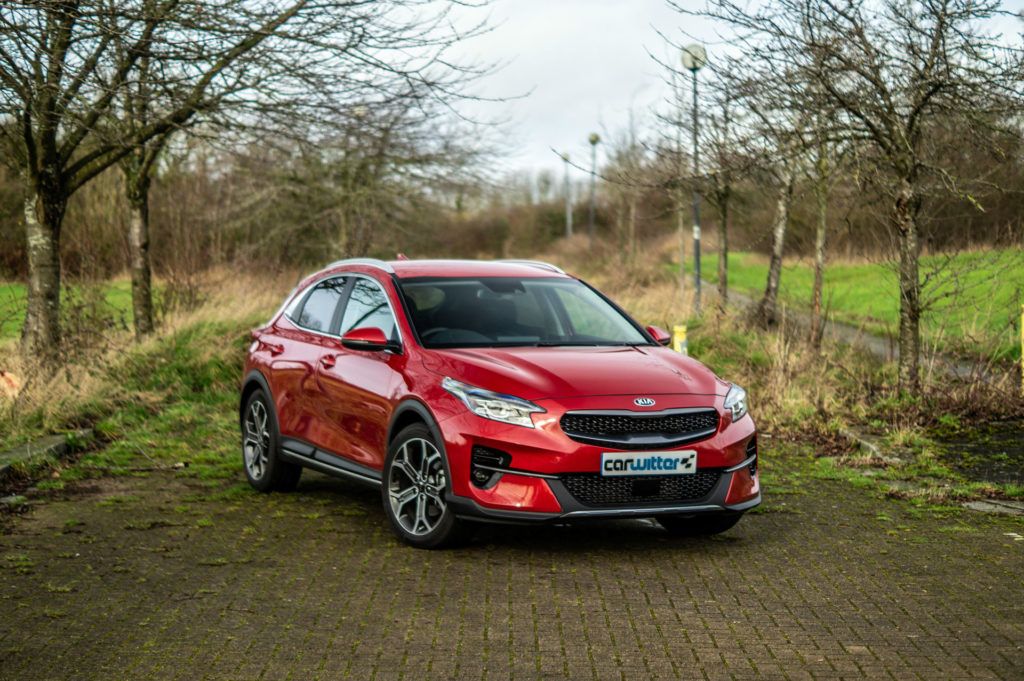 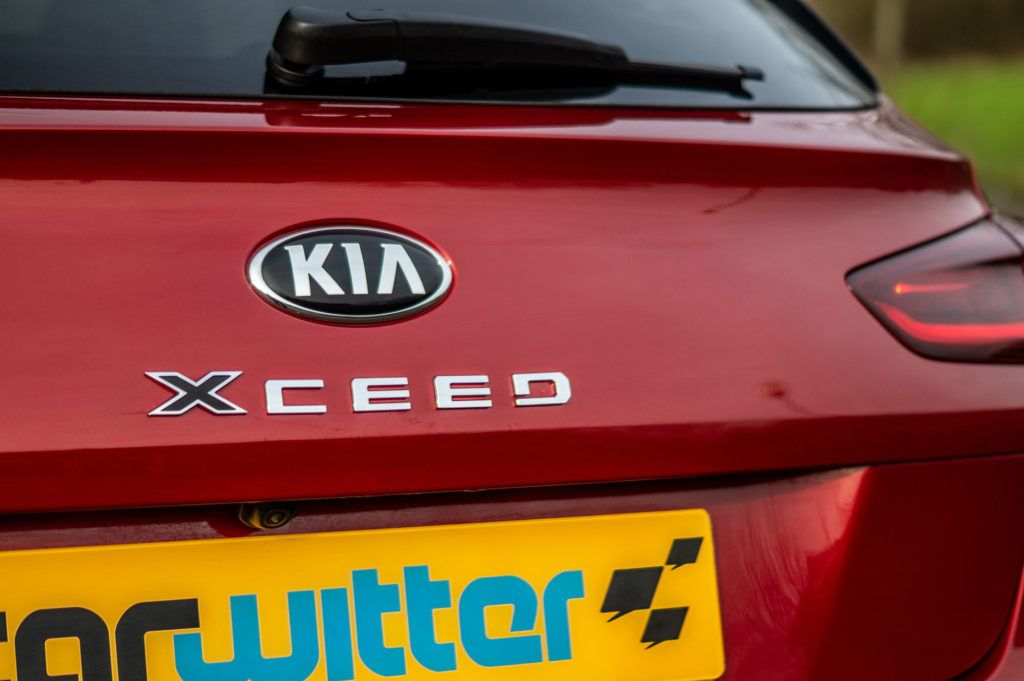