In a departure from the norm, you’ll find a van review on Carwitter. No, we aren’t starting Vanwitter, but every now and then you need a van in your life.

I needed something big enough to move house in, so what better way to put the Mercedes Sprinter to the test? 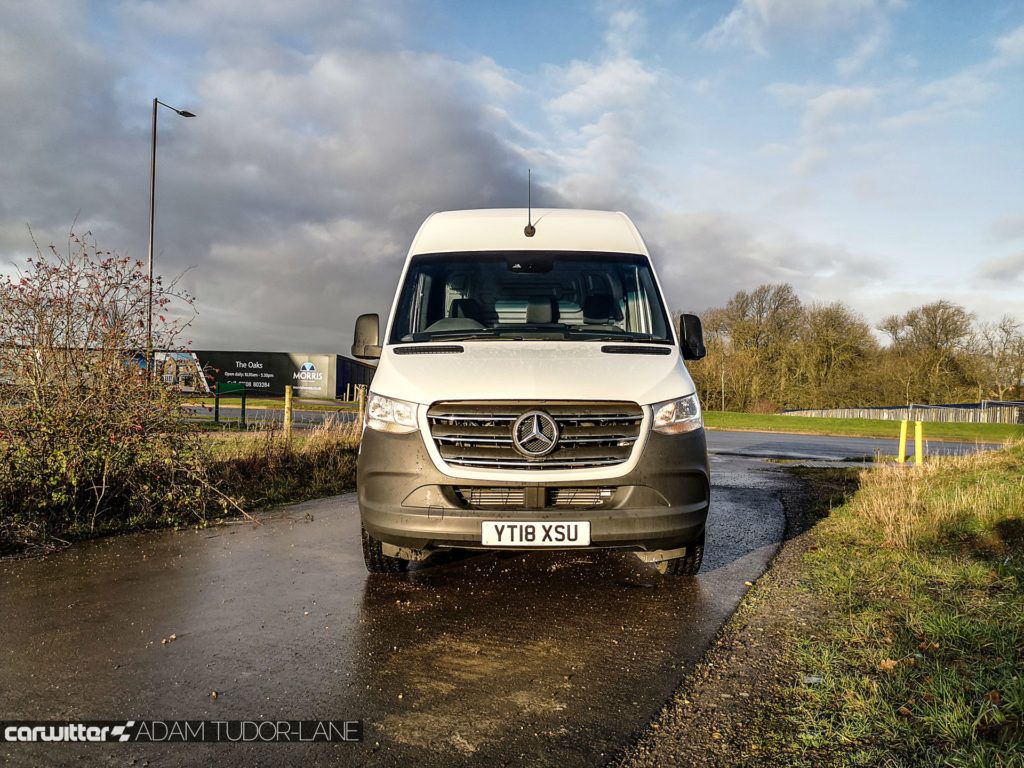 2018 saw a pretty comprehensive refresh of the beloved Sprinter, the bonnet has been lifted slightly, lights become squinter, and the overall appearance somehow looks more premium than before.

Configuration is vast, there are up to 1,700 different combinations of Mercedes Sprinter to pick from on the MB Vans website. There are three different body styles for the van, four lengths and three heights.

You now pick from either H1, H2 and H3 for the roof height and L1, L2, L3, L4 for the length to simplify things. A crew cab and chassis cab are available as well as a drop side, minibus and a 4×4 version. 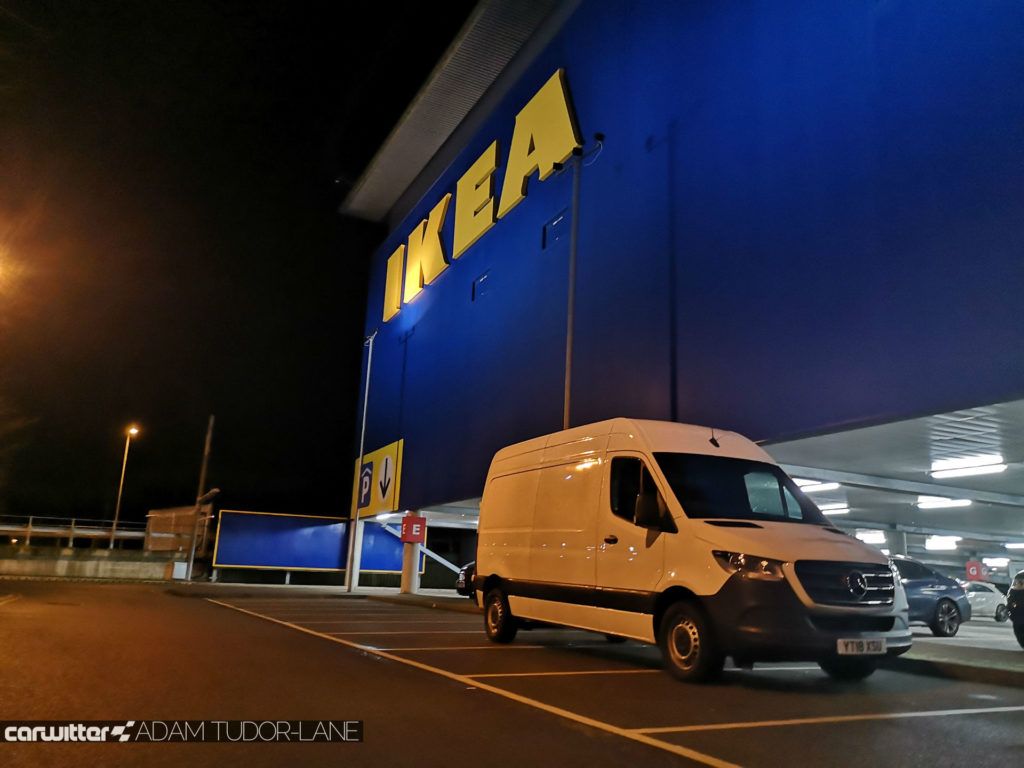 A Sprinter with front-wheel drive was never a thing, now it is. It simplifies things no end, now the engine which is up front doesn’t require a long driveshaft, transfer box etc. It also means you get an 80mm lower rear lip, so its easy to jump in and out of on the regular.

In terms of driving, you notice the lack of wheelspin from the rear if its wet, which is reassuring when you put your foot down. It feels like you’re being dragged, as opposed to pushed, but power is ample from the 314. 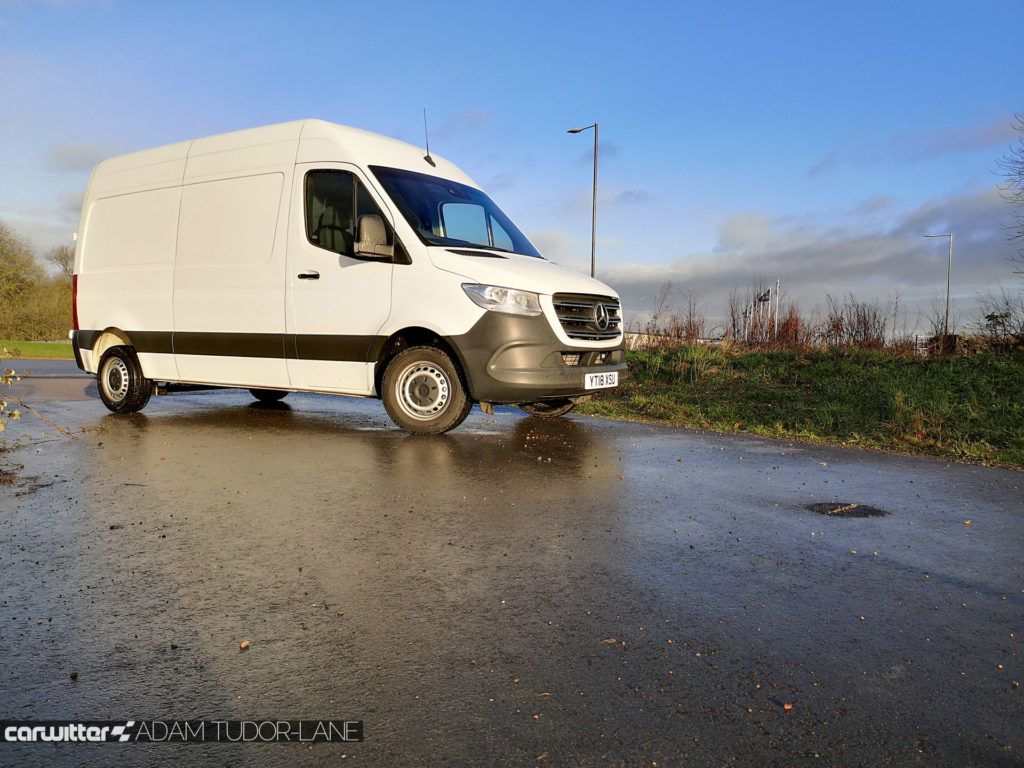 Getting up to speed isn’t an issue, nor are overtakes at a motorway pace. A full load doesn’t seem to hamper its abilities either. Yes, you’ll notice the weight, but the grunt under the bonnet makes light work of the extra heft.

I can imagine anything less than the 143 BHP would feel somewhat lacklustre though, so stick with the middle range option.

Switching from cars to commercials can often leave you with the feeling that anything van related is archaic by comparison. Rough engines, awful gearboxes…they’re usually like driving farm machinery. But what was surprising with the Sprinter is just how car-like all the controls were.

Commanding a vehicle of this size is often daunting, but after a few minutes behind the wheel, you realise it drives just as any car would. Light yet precise steering, a slick, relatively short throw on the gears and brakes that wield all that weight with ease.

The learning curve is short, incredibly short. In fact, it probably gives you a false sense of security if anything, especially when you have to remember there are metres upon metres of metal behind you. Thankfully there’s a reversing camera for help with that. 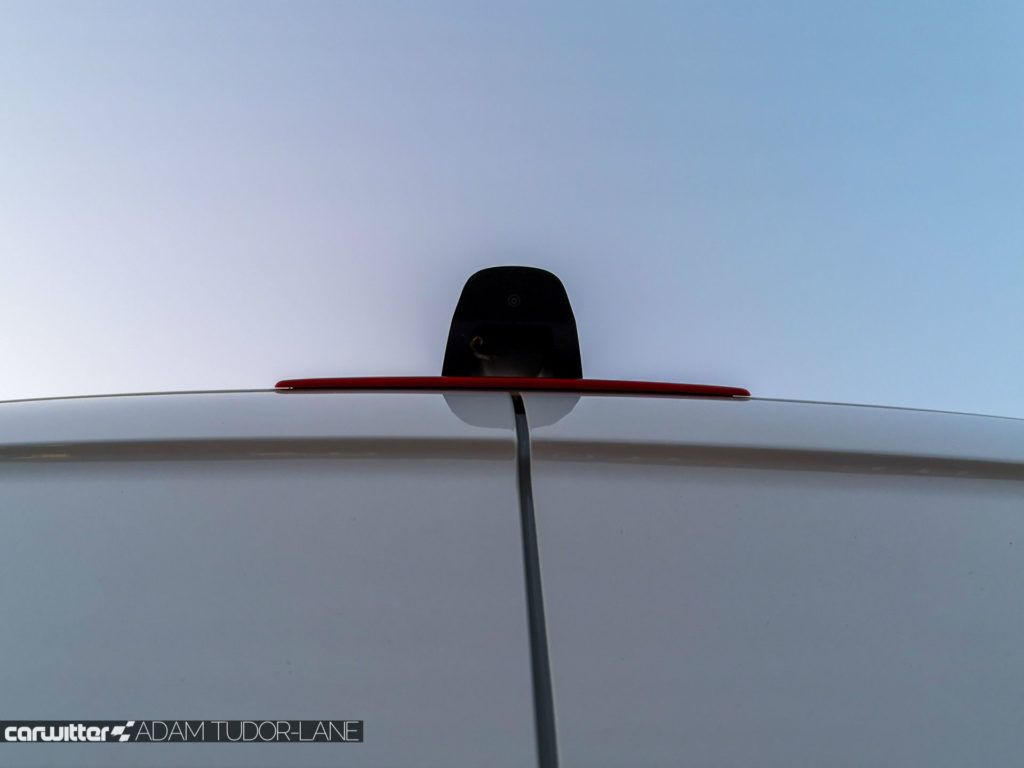 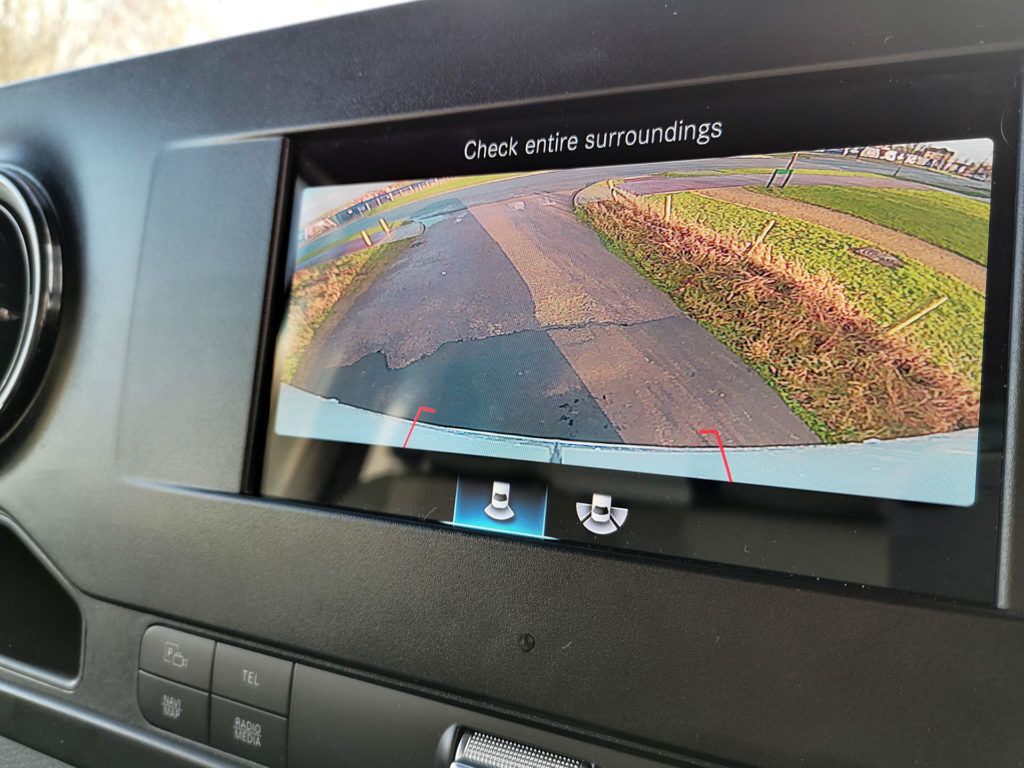 One thing that’s a little strange to get used to is that you’re perched right over the wheels, so as soon as you turn the wheel, the front is in motion. Oh, and giving corners a wide birth to account for the extra length.

Ride is also incredibly well controlled compared to other commercials, there’s little bounce when empty and lean is kept to a minimum considering its size.

In the front that ‘car-like’ feel continues. The dash, buttons and plastics have seen an incredible uplift since I last piloted a Sprinter, quality is top not without a doubt. Los of crossover has occurred between the car and truck division at Mercedes Benz. 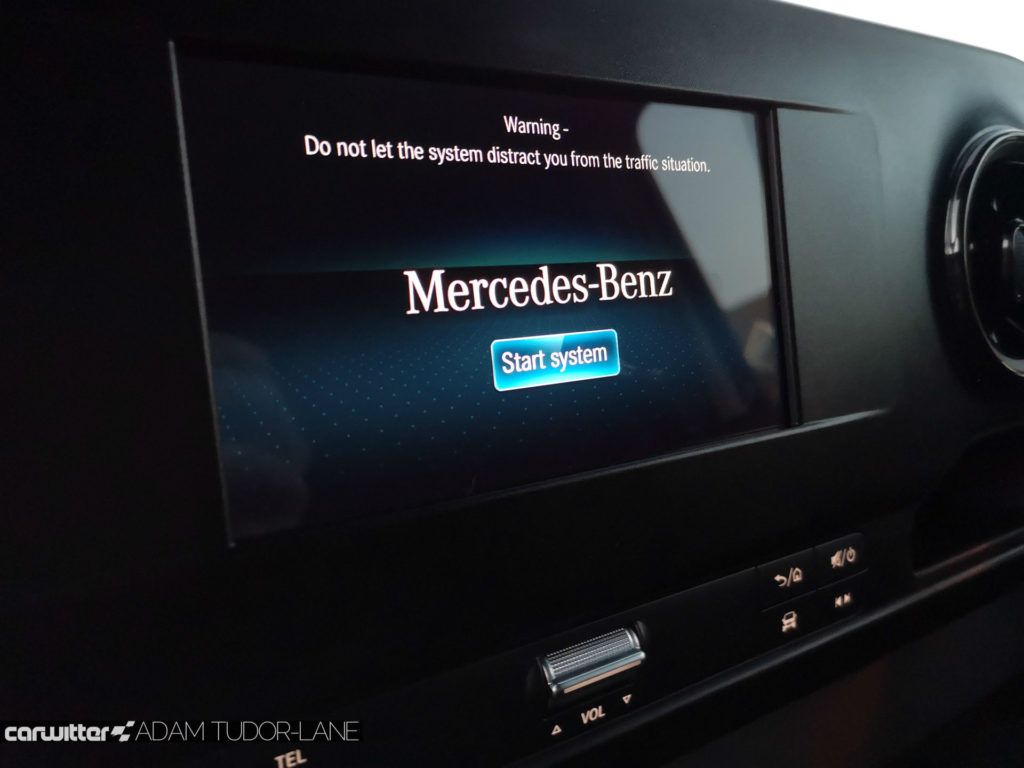 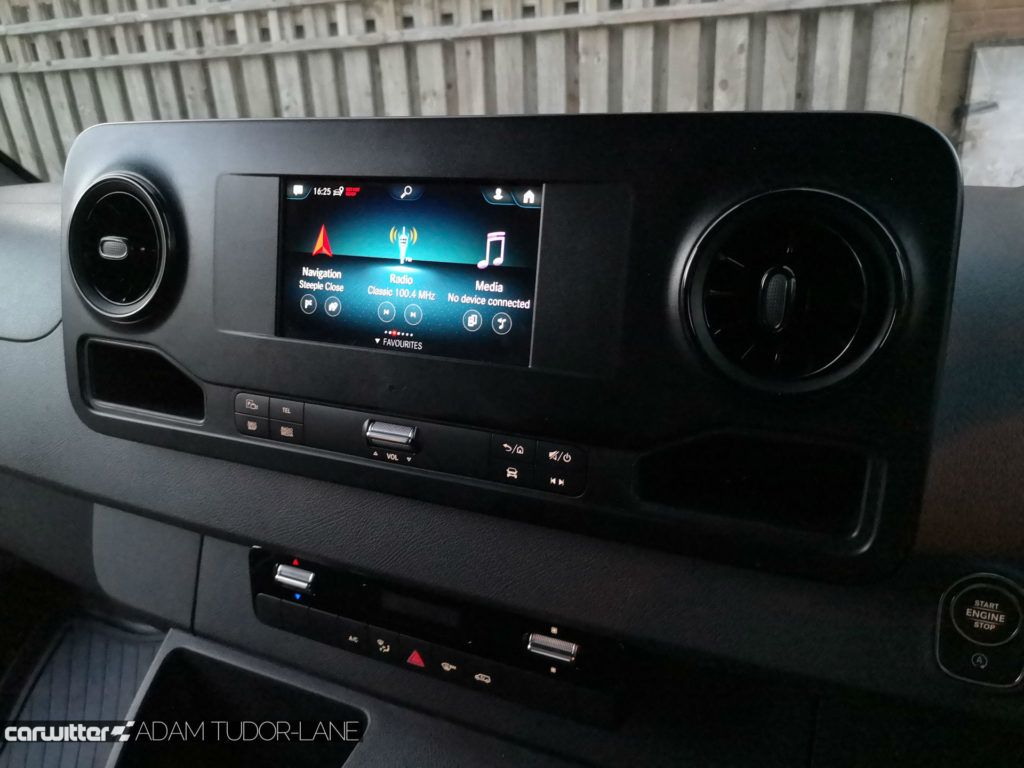 Although it’s dinky, the 7.0-inch touchscreen infotainment system does everything you could ask of it with ease, from Bluetooth, USB and aux inputs to sat-nav and road sign assistance – the latter two costing £670 and £265 respectively. 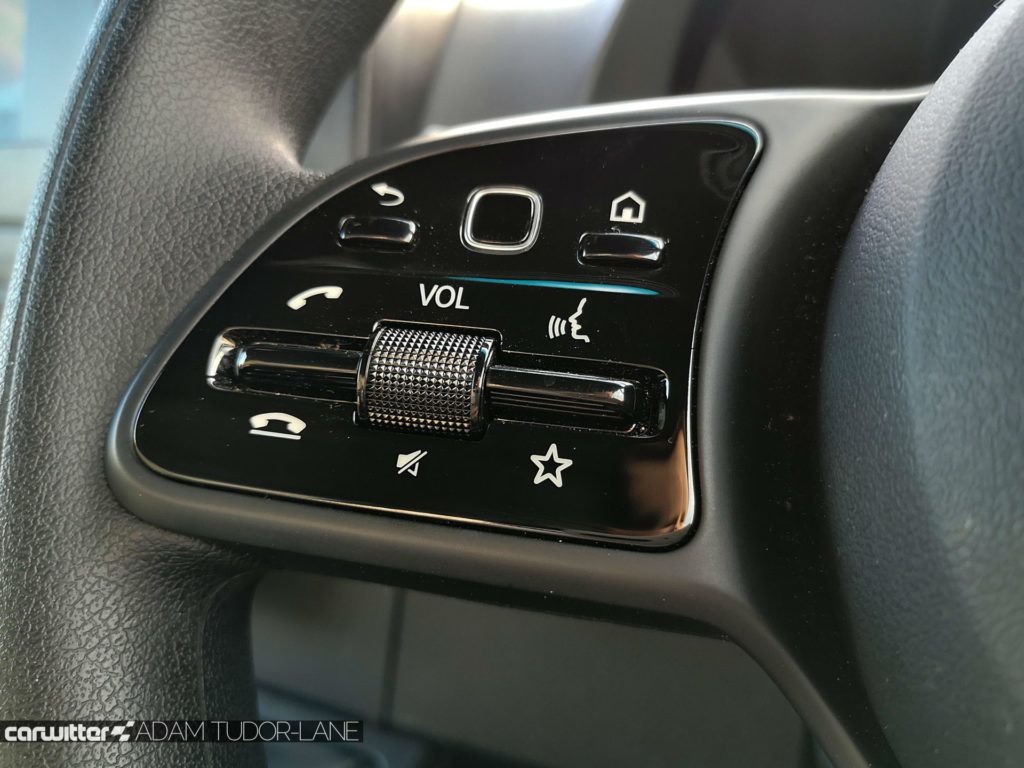 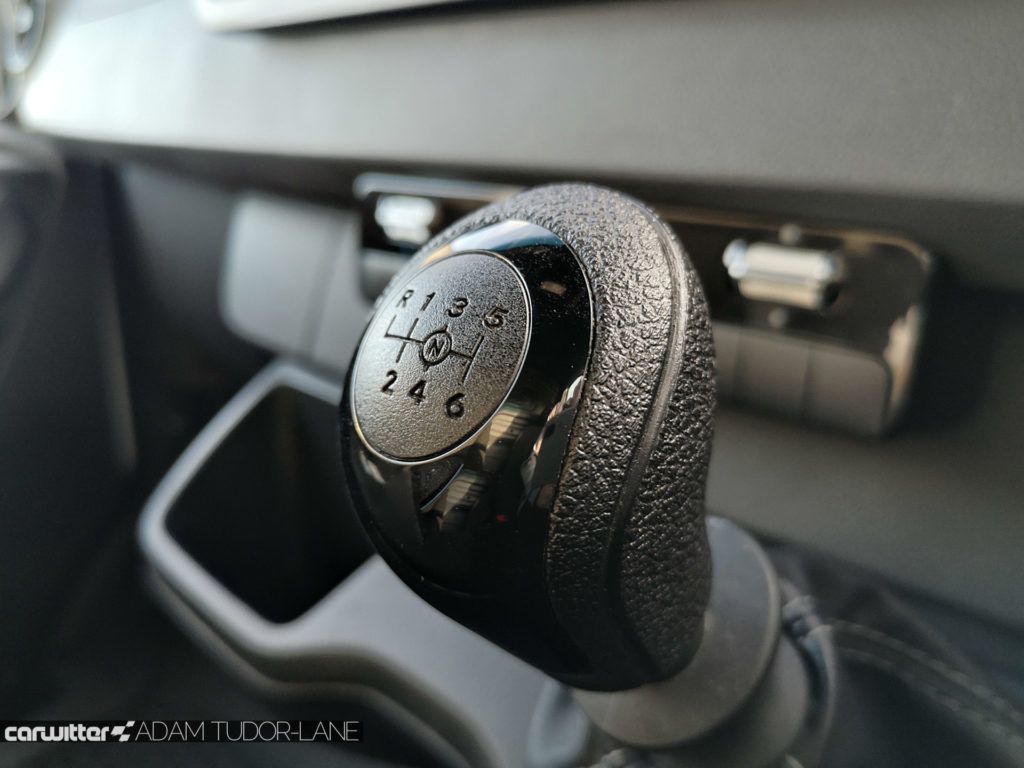 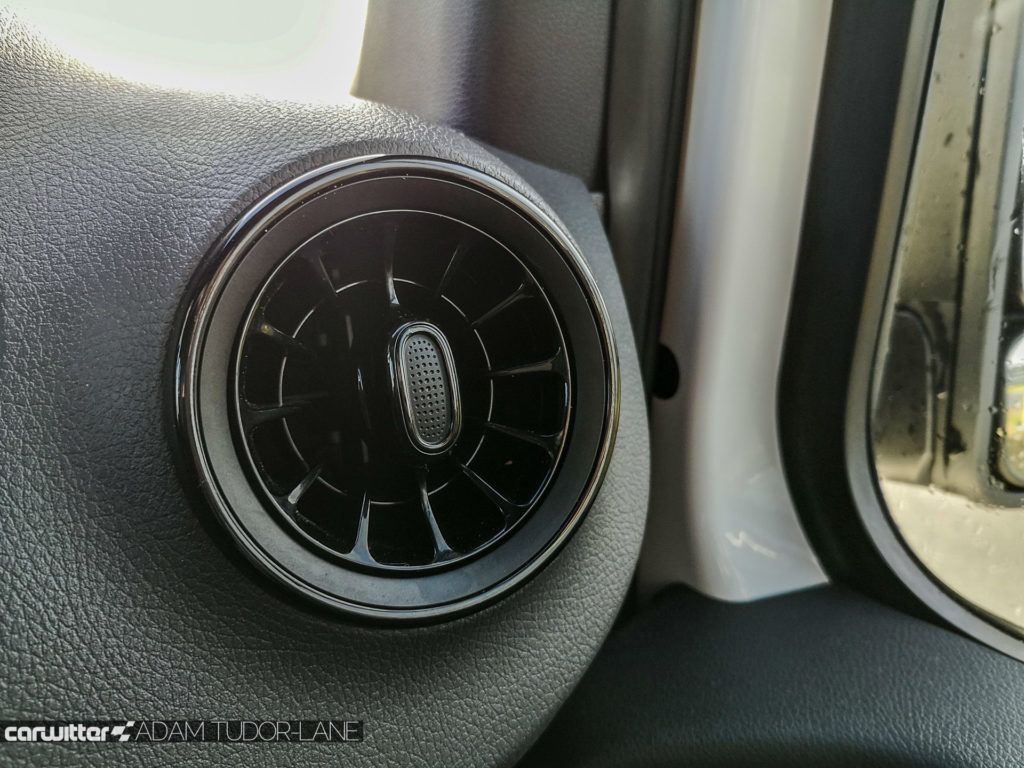 Large cubbies sit atop the dash (£90 extra), at first they’re not particularly easy to open, but once you’ve mastered it, there’s a ton of space to utilise; with the one in front of the passenger even featuring dual USB-C inputs. 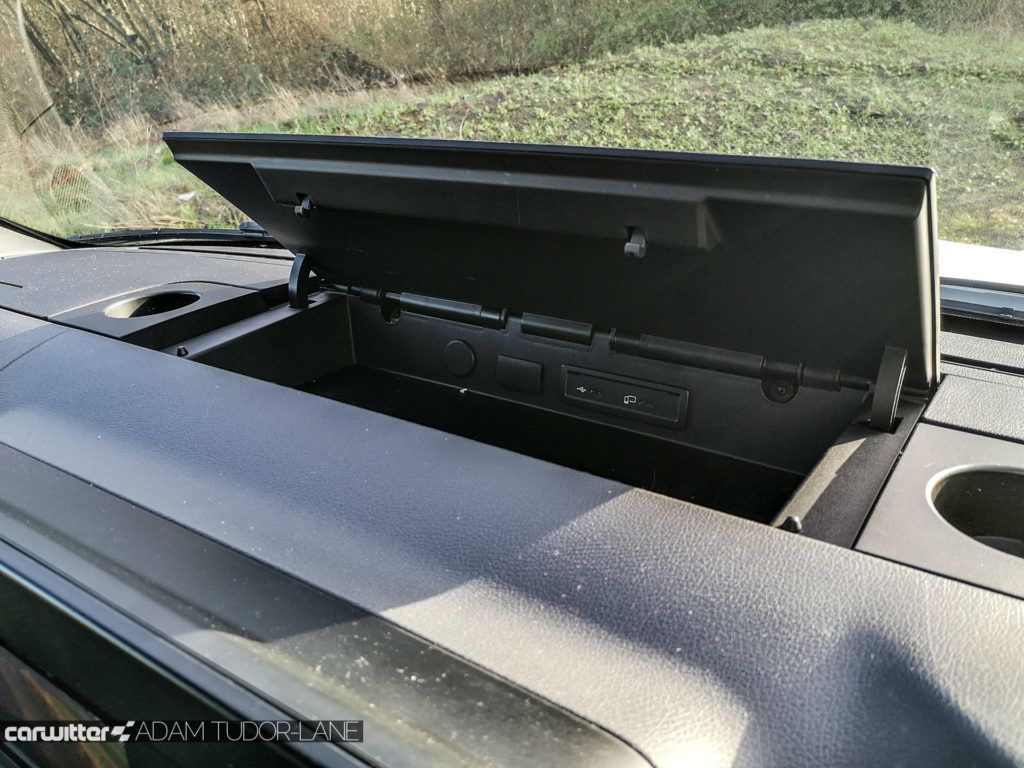 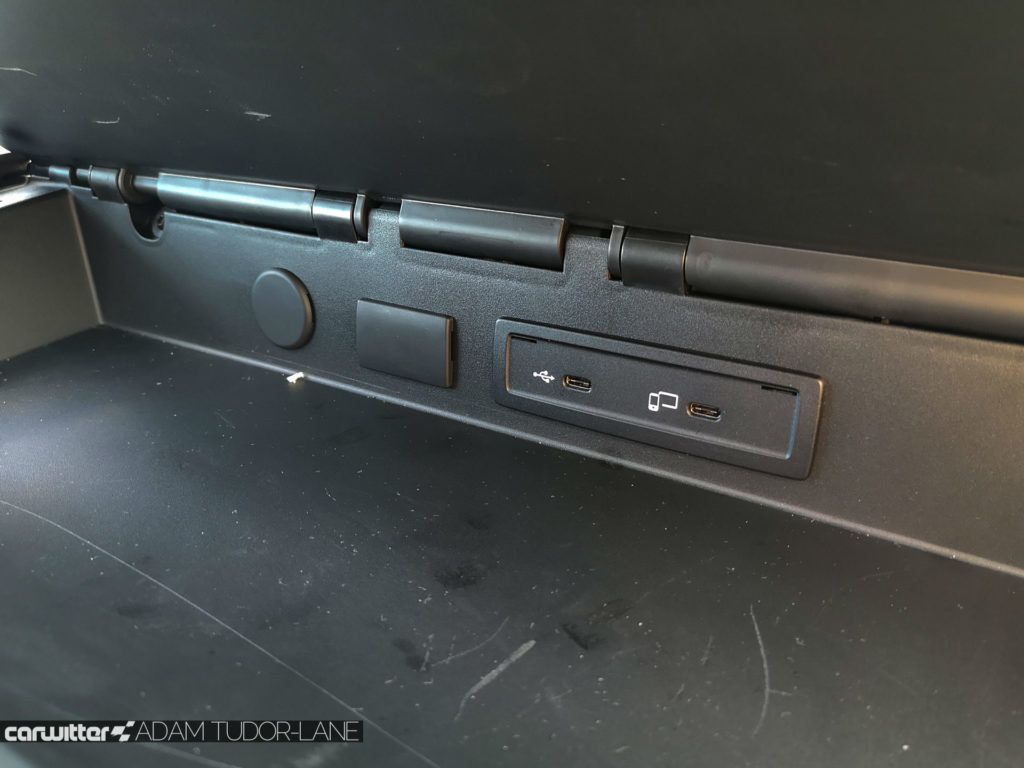 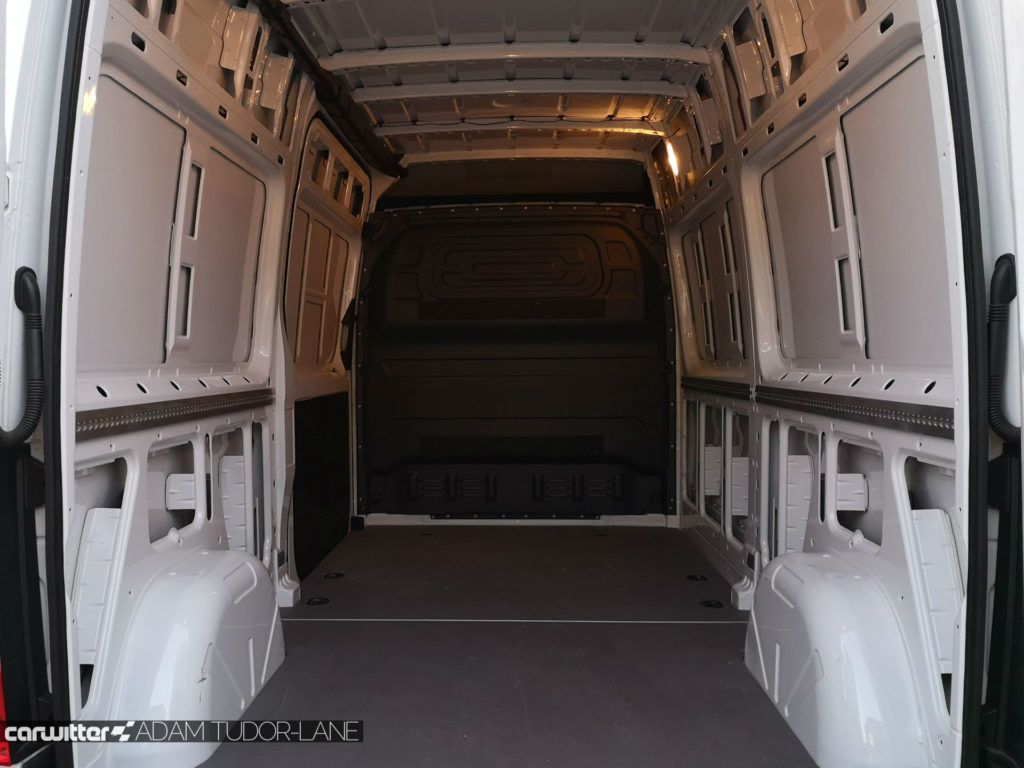 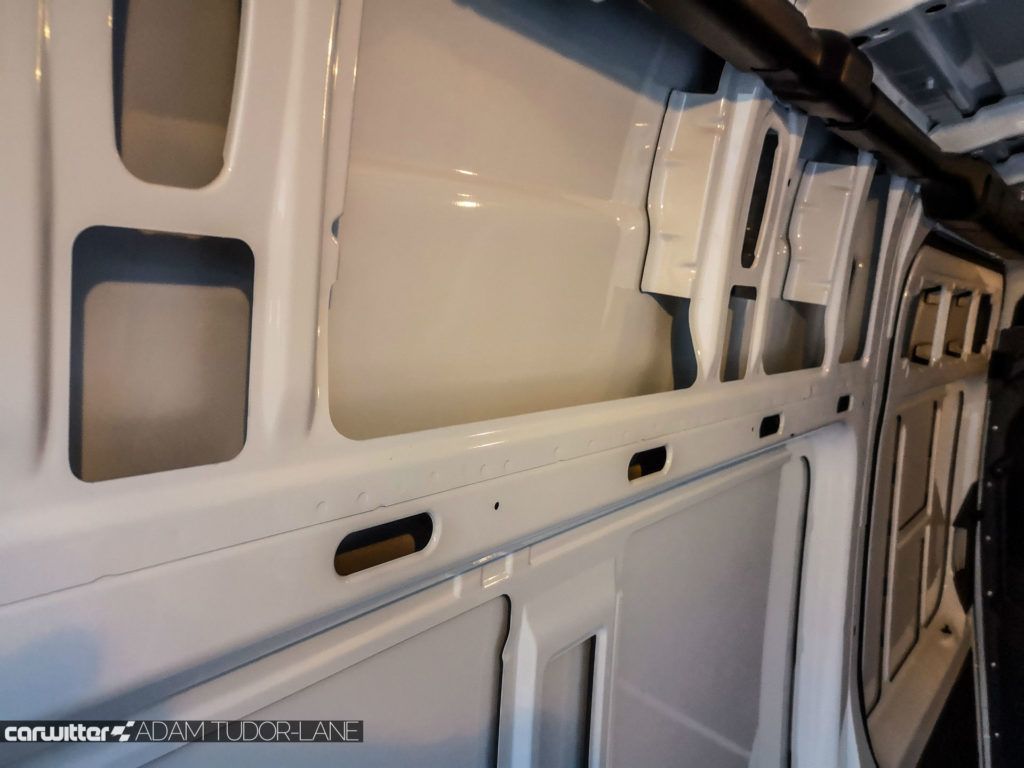 Wood lining is standard, but ours came with hard-wearing plastic instead. Waist height tie-downs were also extra at £195. There are plenty of other cutouts in the internal frame, which ended up being perfect for clothes hanging. 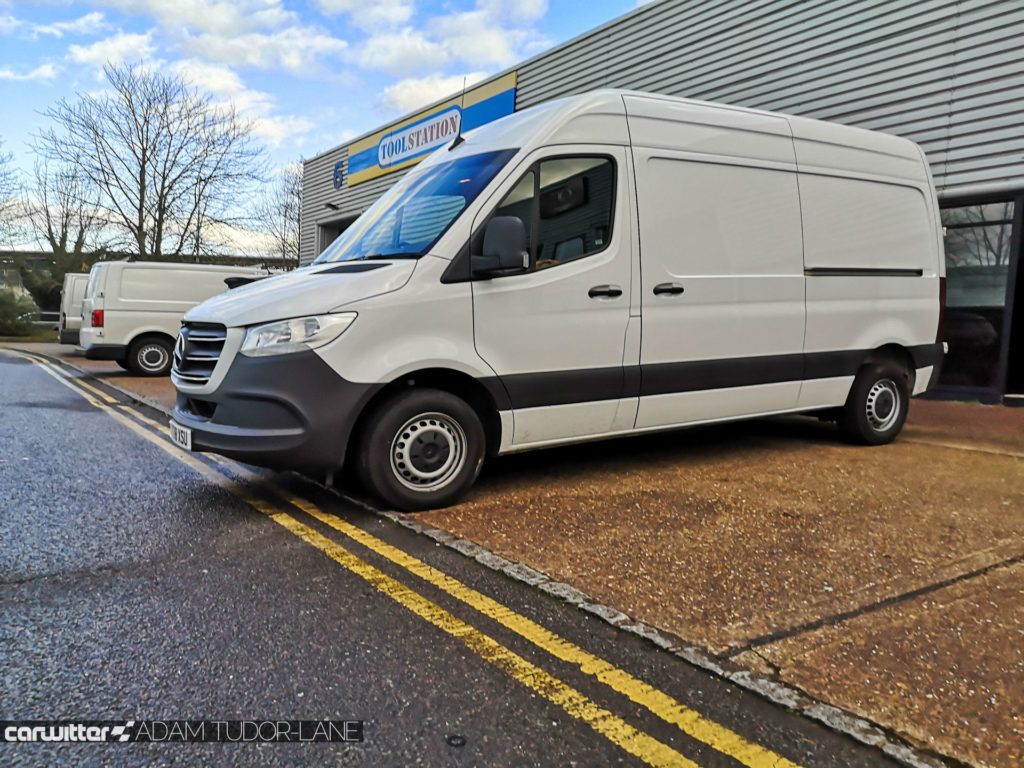 Over a week, I moved my entire life in this van, it was a breeze. From lugging furniture and my possessions to Ikea trips, looking that part pulling up at Toolstation and jaunts around the country to pick up second-hand furniture.

From having never driven a vehicle of this size on the road before, the switch was seamless. It felt just like piloting a large car.

Yes, the extra length can be beguiling, but you only nearly reverse through a brick wall once right?

The Sprinter was genuinely impressive in how comfy it was, and still, it was a tool that just got the job done. Powerful enough for outside lane cruising, with economy to return 30 MPG over 200 miles of mostly town driving.

In fact, I was kinda sad when it was collected. I have no need for a Sprinter in my life, but it was just great all-round. 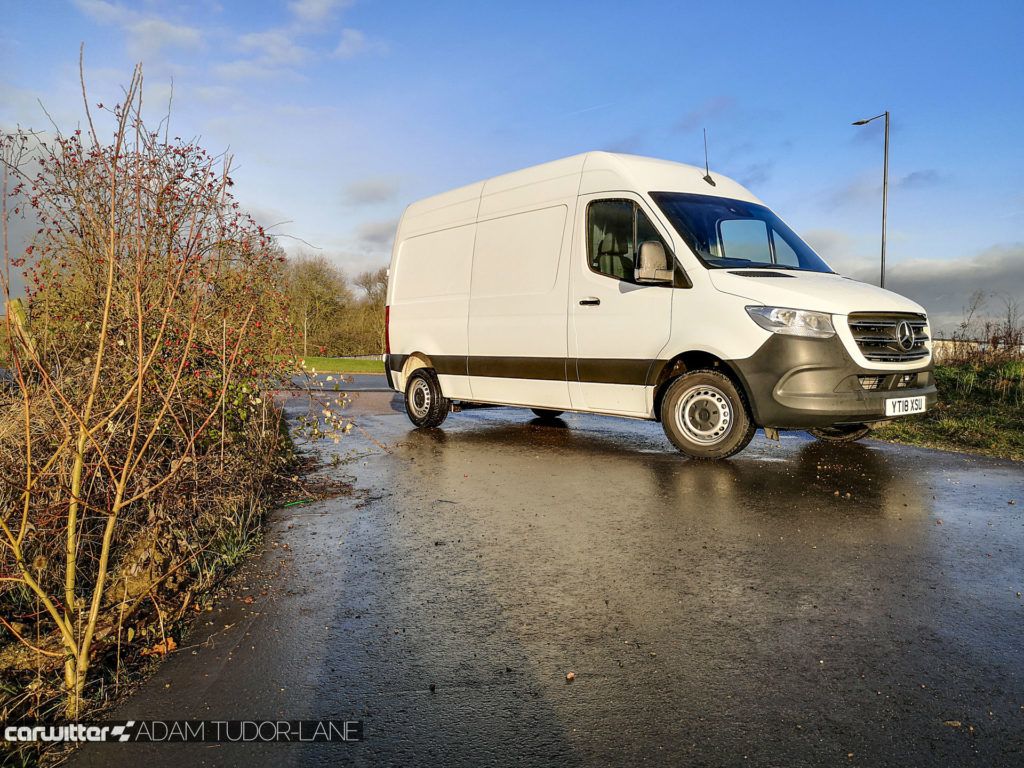