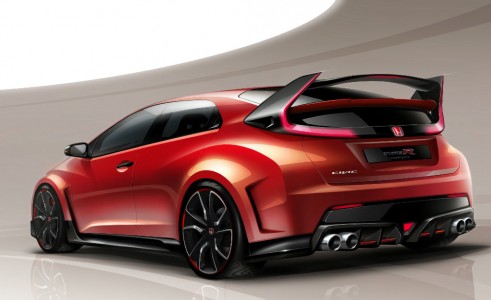 Honda has announced two brand-new concept cars will make their debuts at the Geneva Motorshow in March.

The image, shown from the rear, shows the R will come with the huge wing, which is moulded into the rear lights. Below it are dual twin-tailpipes and a small diffuser.

The Civic’s profile is given a bold stance with extra-wide wings over front and rear wheels and black side-skirts channeling the air around the rear. 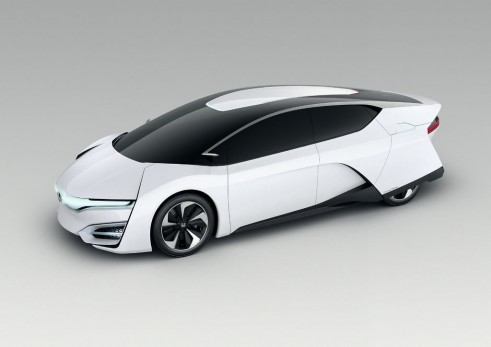 Alongside the aggressive R, Honda also release an image of a more economical FCEV concept.

They say this is a cue to the design characteristics that will be seen in a new fuel-cell powered car to be released in Japan and the US next year.

Sleek white lines cover the rear wheels, in a style reminiscent of the Honda Insight, while above the FCEV is swathed in glass.

As well as the concepts Honda say they will reveal the powertrain of their NSX replacement and the new livery for their World Touring Car Championship team. 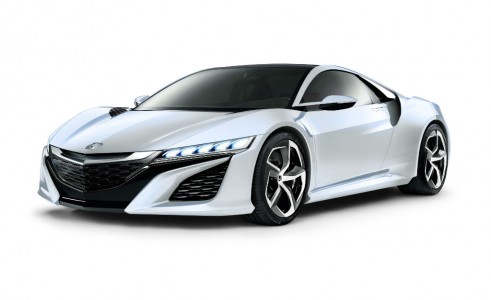