Ask anyone about UK car culture and you’d expect to receive a variety of answers based on the context and location of your asking.

Within a 60 mile radius of Chelmsford you’ll hear tales of todgers in lowered Fiestas “ballin” about, circumnavigating infamous speed humps and blasting out “German Whip”.

Take your enquiry to Sloane Street in London on a warm evening in late June and expect to be ignored.. or, to be reminded of the “Billionaire Boy Racers” in the sharpest of tongues. 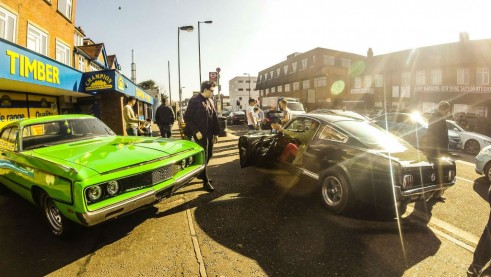 Irrespective of where you go you’ll likely be told about how loud the ruddy blighters are. Malvern boys and girls, that applies to you too. So with that, I can quite affirmatively report that should you attend any consumer organised car event you’re likely to get a lot of noise, irrespective of what bracket of UK car culture your attentions are invested in.

The ‘#GumballGetTogether’ at Krispy Kreme- New Malden back in March was such an event where the decibel meter gets a jolly good rogering. 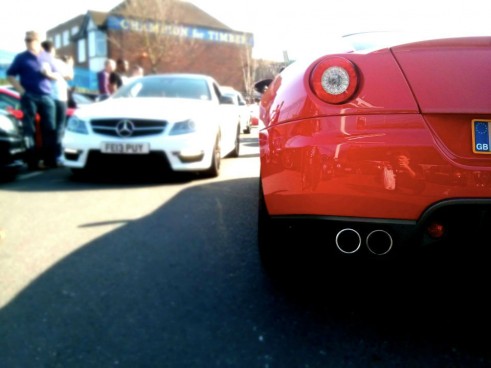 Organised by one John Marcar who is the events and logistics coordinator at GB3k, the meet is envisioned as sort of a catch up session between potential participants, friends of GB3k and car lovers in general over some delicious donuts and equally delicious motors.

I however didn’t find myself hunched over a box of treats at any point during the day, as I was too busy drooling over some of the magnificent machinery that made an appearance. 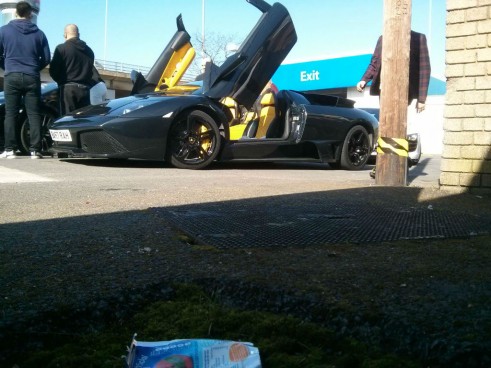 The amount of photographs I took does literally no justice to the amount of people that attended this event. It was sheer visceral lunacy and logistical chaos. The absolute pinnacle for me was a gorgeous and sonorous Lamborghini Murcielago LP640 Roadster of Basrah Lounge London (as seen in many of the photographs). 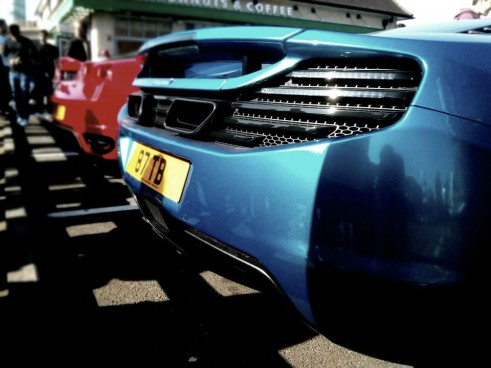 Everything from decatted straight through mk 3 Fiestas to Murcies and 599s and 458s to old Mustang Bosses. An Aventador, Shmee in his Mclaren 12C, a legion of AMG Mercedes courtesy of one ‘Lord’ Aleem and friends. M3’s, M5’s, R8’s, superbikes, Skylines, the whole damn lot. The air stank of eviscerated rubber and chuffed 97 octane. 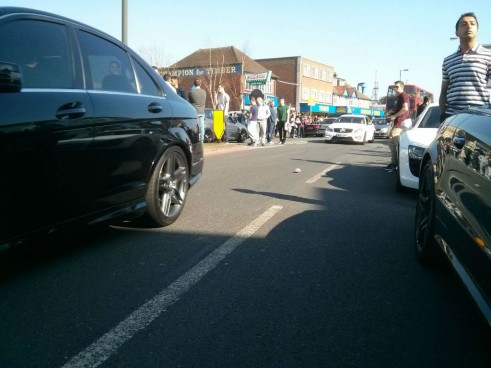 Therein lies another one of the ridiculous aspects to this kind of off the beaten path motoring event is that anyone can attend, bringing what they like to a venue set on a main road.

The consequence is plain to see. Balls to the wall launches and getting sideways on an entrance to a public roundabout, bikes doing donuts (pun intended I guess?), falling off in the middle of the road and in many cases participants taking up both lanes for a blat.

I love fast cars, I love fast driving: all where appropriate. It’s arguable some of the driving that day was not contextually appropriate and so I was kind of torn between feelings of awe and disdain. 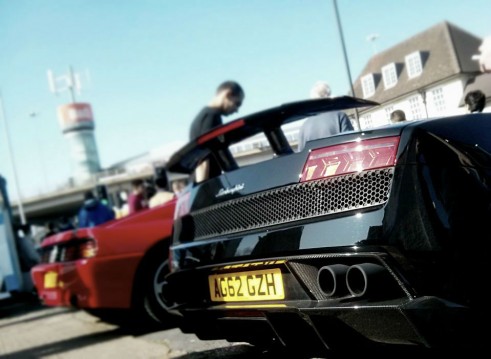 Regardless this was the kind of event that I would love to attend more of…but that some of the behaviours exhibited at may make its kind short lived. Word had it that shortly after my friend and I left, the Police shut the whole thing down.

To them I say long live UK car culture, and to the imbeciles that saw fit to do full throttle launches surrounded by people and children in a car that can hit 60 in four seconds down a road meant for oncoming traffic I say, ease up a bit lads. You might spoil it for the rest of us.

Overall it was an absolute belter of a day. 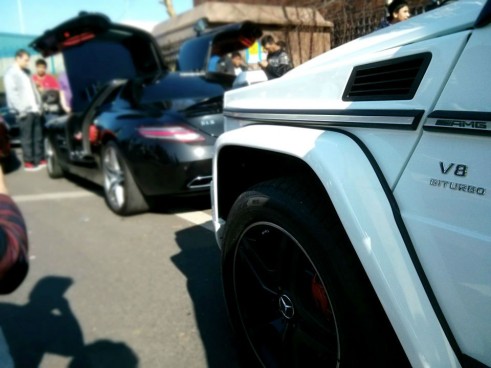 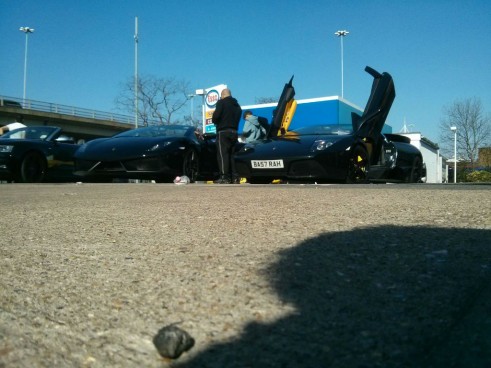