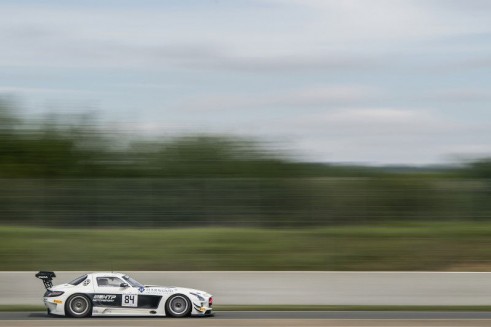 Max Buhk and Maximilliam Goetze took a dominant victory in the opening round of the Blancpain Sprint Series after jumping a slow Z4 that held up the field and building an unassailable lead.

An incident packed qualifying race on Sunday saw the WRT Audi of Laurens Vanthoor and Cesar Ramos clinch pole position in the rain after leading most of the race. 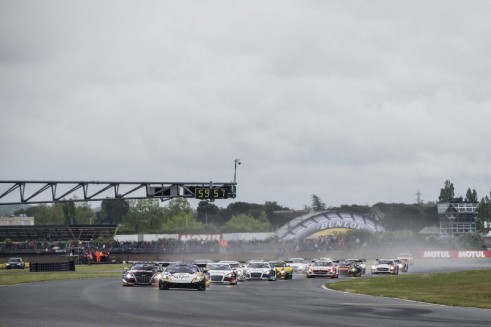 Vanthoor had pounced on a slow starting Jeroen Bleekemolen to take the lead from the outset and built a 17 second lead that would never be topped.

But behind him the action was non-stop, with the major talking point of the race coming with a quarter of an hour to go. 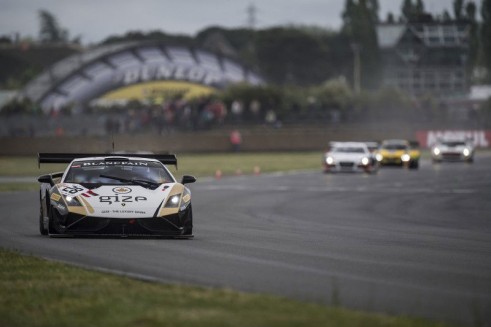 The Gallardo would eventually be recovered but was left way down the field in 18th.

Ide would escape punishment for the incident, but was sent to the back of the grid for the main race due to a technical infringement.

That left the Mayr-Melnhof/Winkelhock Phoenix Audi to take second after it followed the two WRT cars to a distant finish.

Sergio Jimenez broke the Audi stranglehold with third while the G-Drive Audi of Gregory Guilvert and Stephane Ortelli made it three R8s in the top four for Sunday’s race. 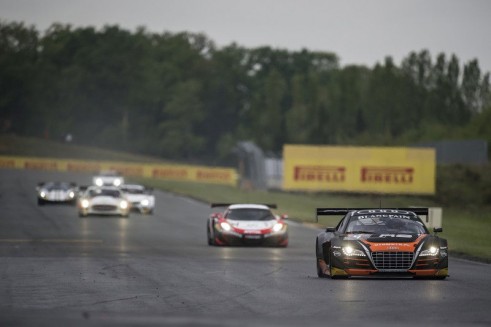 The main race immediately went wrong for the formerly dominant Vanthoor/Ramos Audi as Ramos was forced to pull the R8 into the pits as the cars streamed towards the start.

That left a train of cars quickly building behind Sergio Jimenez, who had taken the lead after Ramos pulled off.

Blancpain Endurance champion Buhk passed the Z4 with a brilliant move around the outside of the first corner after six minutes and was quickly able to build a nine second lead as the field struggled to follow him past Jimenez.

Mayr-Melnhof, who had made contact with the Ramos Audi on the start lap, struggled behind the Z4 with a flapping bonnet, which eventually flew off after 20 minutes, thankfully landing harmlessly to the side, the R8 would be retired shortly after.

Guilvert was the only one able to jump Jimenez during the opening stint after Buhk, he soon powered away from the Z4 but was unable to find the answer to the leader’s pace. 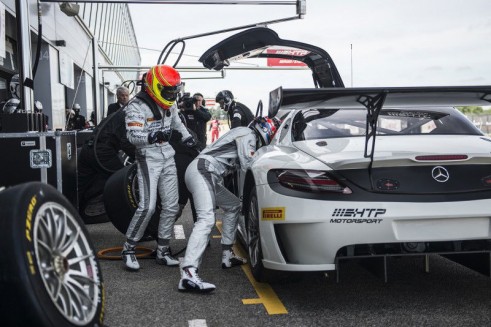 Buhk dove into the pits as soon as the window opened and team mate Max Goetz was able to stay in the lead but some stunning laps from Guilvert saw the lead reduced to just four seconds as Ortelli took to the track.

A hard charging Ortelli set about chipping away at that lead as the leading pair held a huge 21 second advantage over the rest of the field.

The Monegasque driver was able to slash the lead down to just under two seconds but was forced to settle for second. 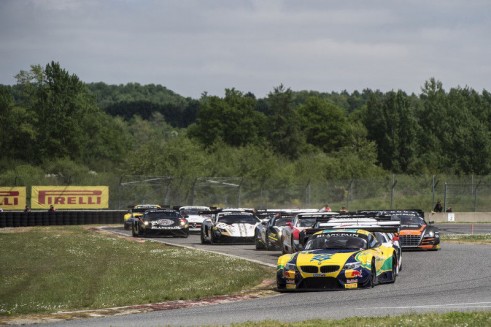 Behind them Jimenez had handed over the Brasil Z4 to team mate Caca Bueno who continued the rearguard fight his team mate had started with the Audi’s holding a clear advantage on the short circuit.

He had looked like keeping the Z4 in a fantastic podium until the closing stages when Vincent Abril and Stef Dusseldorp were finally able slip past in the closing minutes.

That allowed Abril and team mate Mateusz Lisowski to take victory in the silver cup, well ahead of their leading challengers.

Following their penalty Ide and Raste were able to fight their way back from last position, ironically coming home in seventh, just behind the Bleekemolen/Proczyk Gallardo that Ide had hit in the qualifying race. 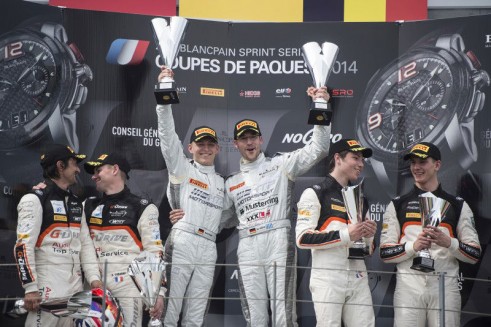 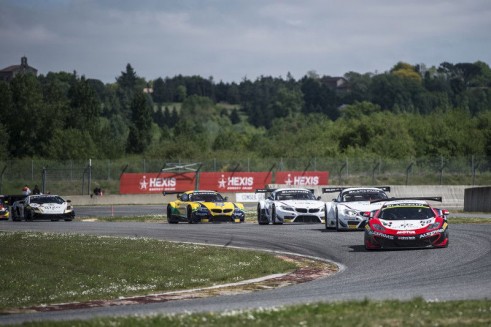