Last year we reviewed the older Garmin DriveAssist 50 sat nav dash cam. The 51, is the updated model for 2017.

It still combines a Sat Nav with dash cam capabilities, for what is arguably the same cost as a decent dash cam these days. 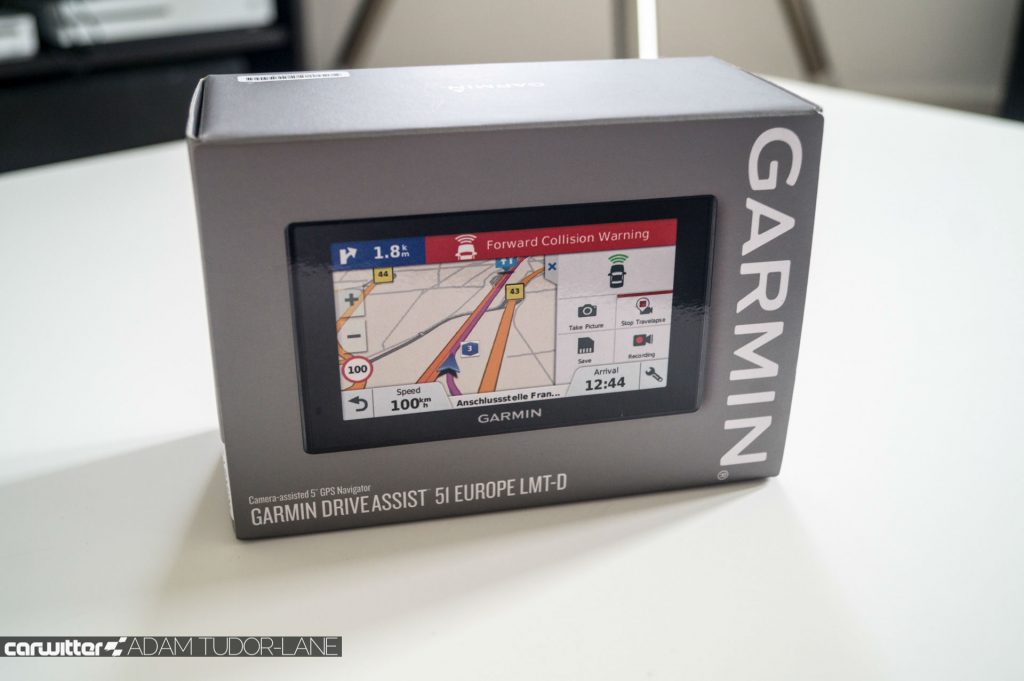 An updated model of the highly rated DriveAssist 50 sat nav from last year. It’s the only sat nav in Garmin’s range that combines a nav with a dash cam.

The only real change over last years device is the inclusion of WiFi, but more on that later. 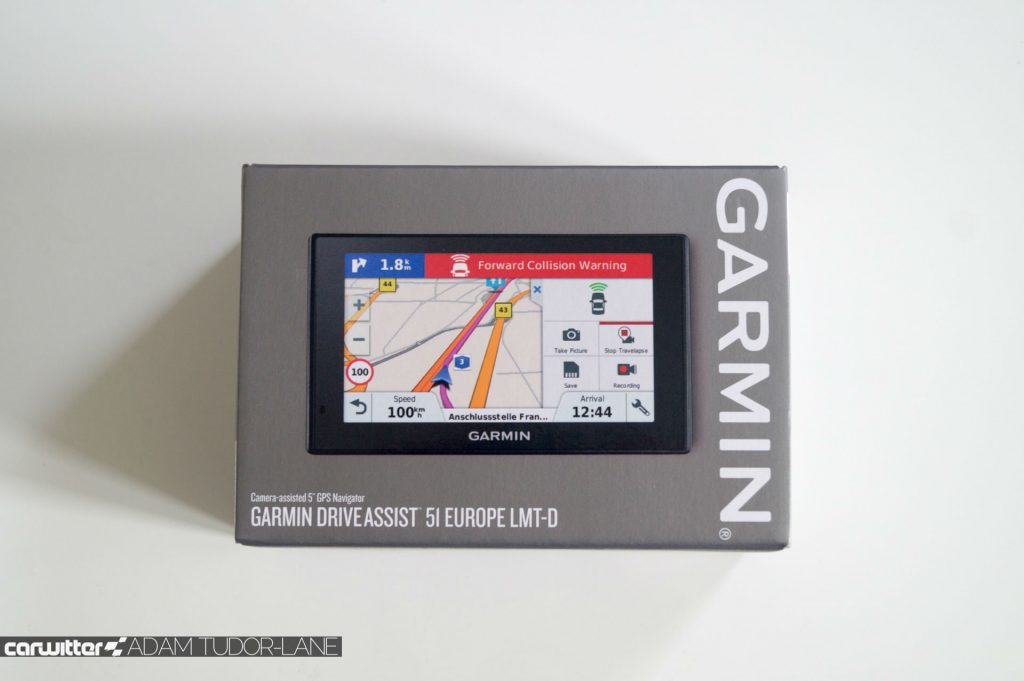 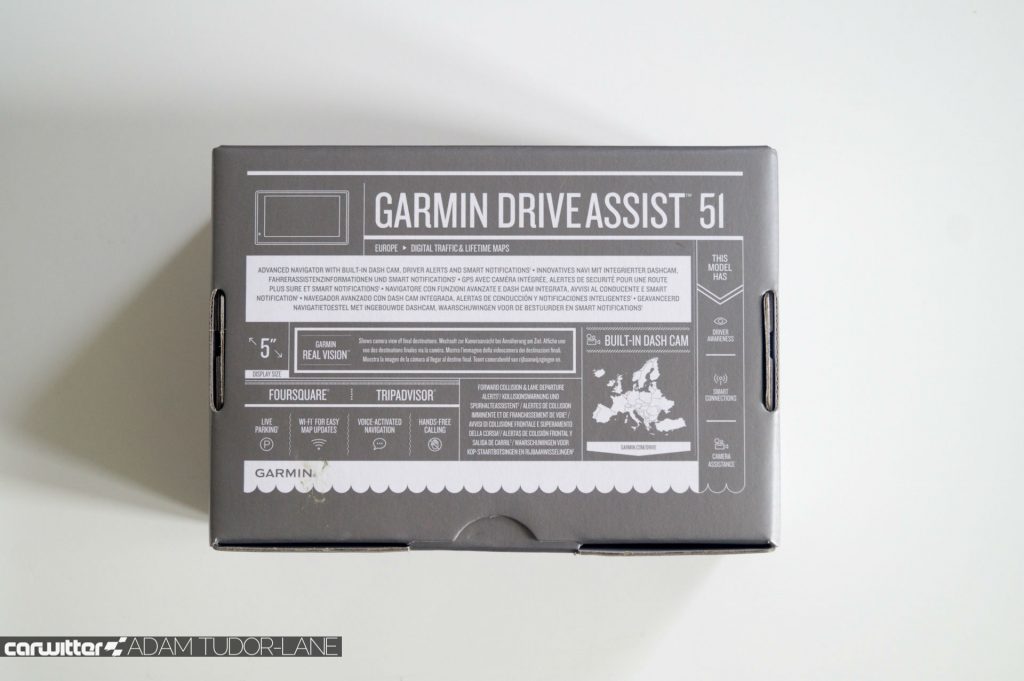 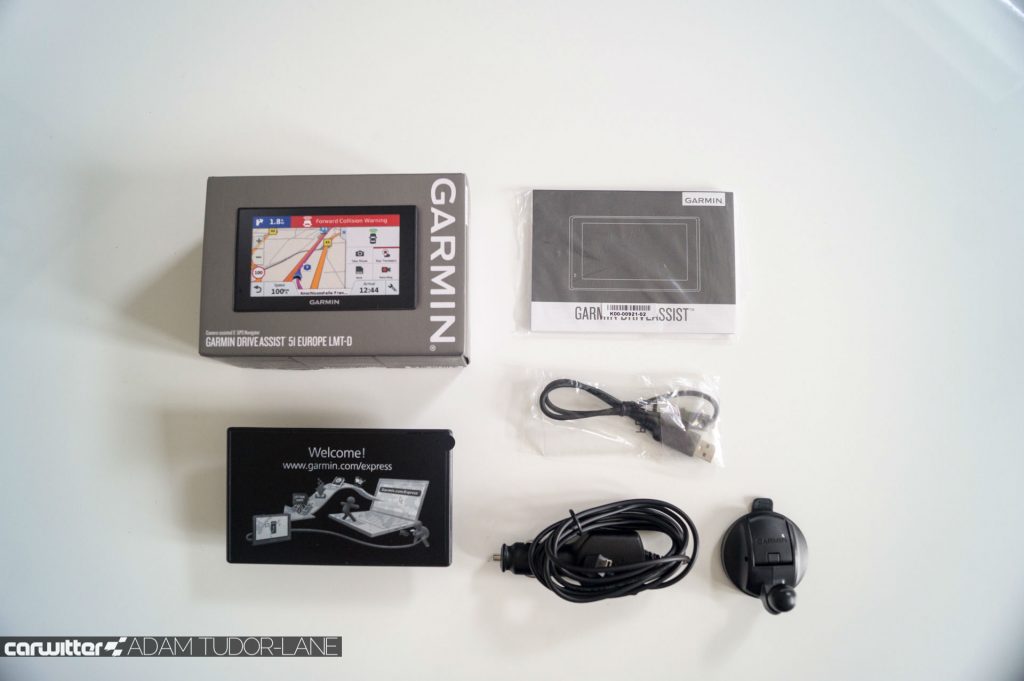 The DriveAssist 51 features a 480 x 272 resolution 5″ capacitive display, meaning you get the ultra intuitive pinch to zoom. Sitting behind it is a camera capable of either 1080p or 720p at 30 frames per second.

There are two microSD card slots, one for the dash cam to record to, and another to update the device. The unit comes with a 4GB card already installed in the dash cam slot, that’s roughly good enough to record an hours’ journey. After that it will overwrite.

G sensors can record incidents automatically, which will then be protected from being overwritten.

As with the last model, you get forward collision warning at speeds above 30 MPH, it starts off a little twitchy but you can tone down the sensitivity so it’s not constantly hassling you when approaching junctions. 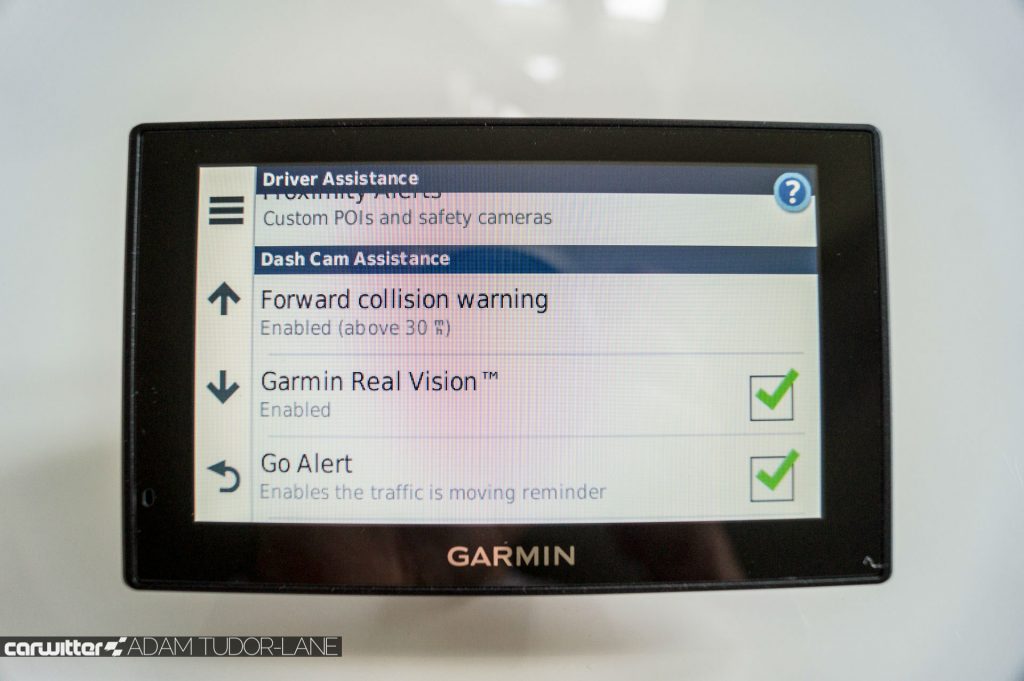 You can also select lane departure warning, that kicks in above 40 MPH and you can also be alerted when traffic starts moving off in front of you. The DriveAssist 51 also features Real Vision, this shows you a live view through the camera and overlays your directions.

Naturally you get lifetime map updates of Europe.

And of course, the Garmin notifies you of speed cameras, but it can also ping up an audible notification if you’re driving too fast or for too long in one stint. 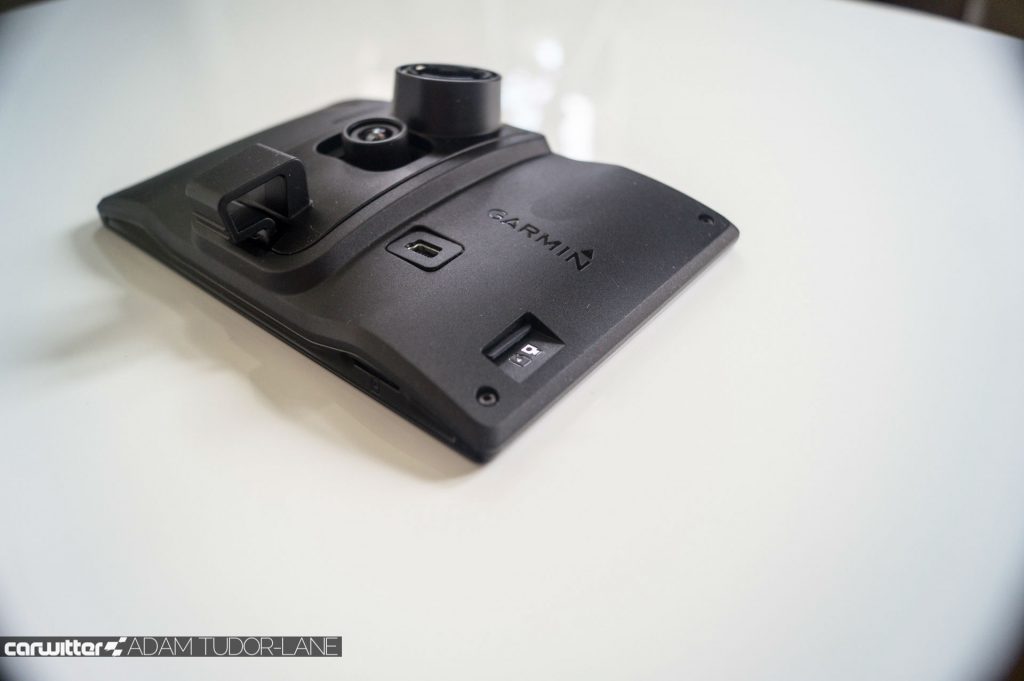 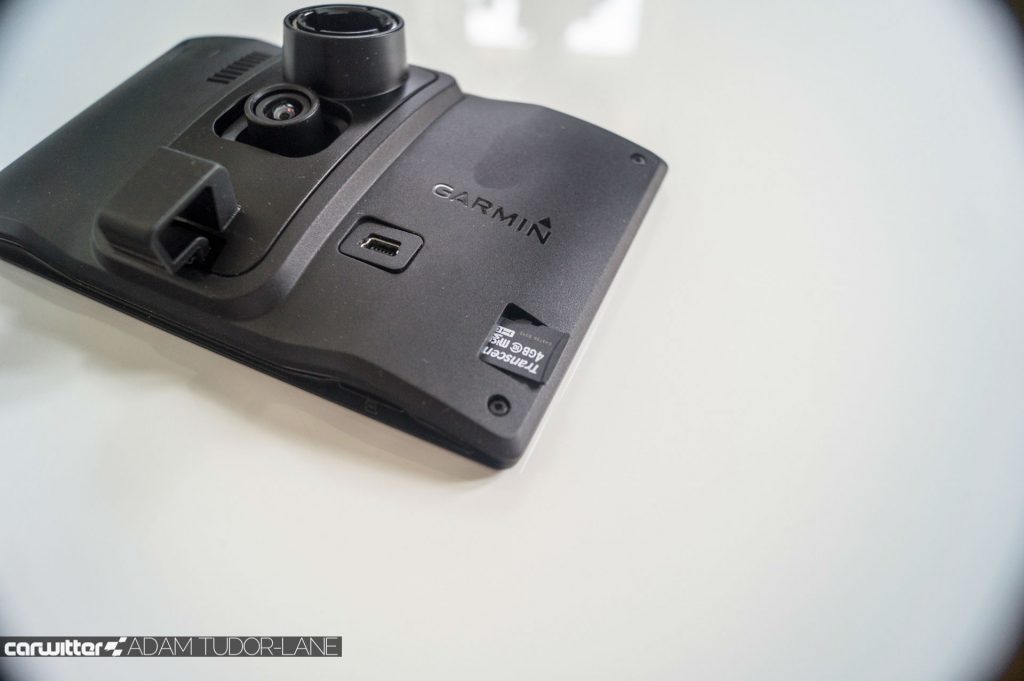 We love the Garmin’s for one thing. Their speed. The 51 is no different, it boots up super quick and you can access all the menus within seconds. 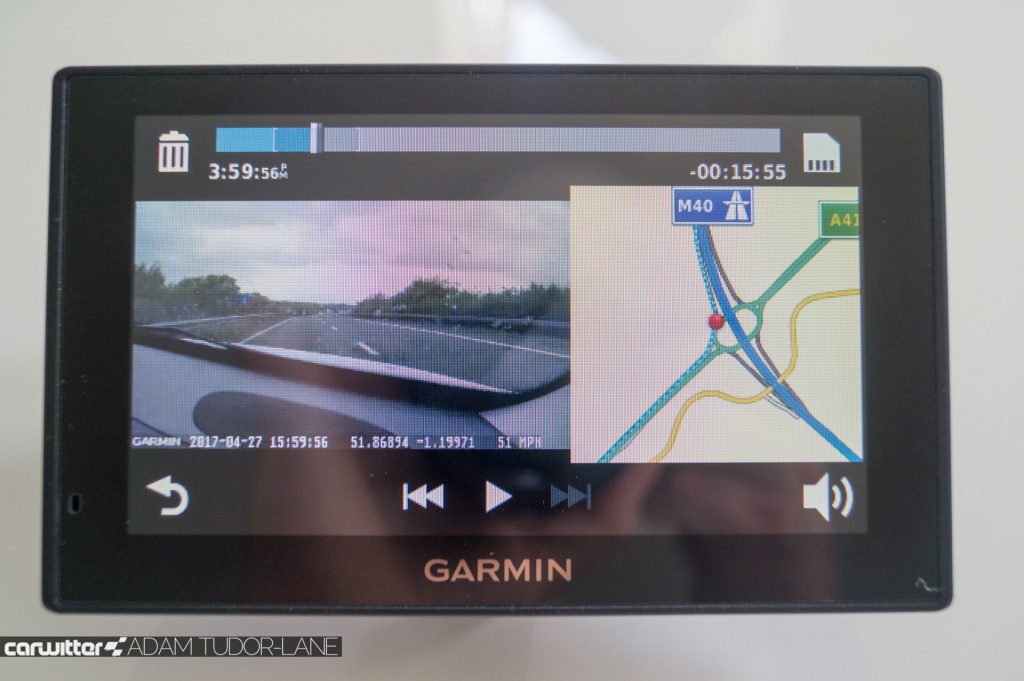 Snap in the frame that holds the suction cup and you’re nearly good to go. Just set up the dash cam – which it prompts you to do on first use – and it will start recording straight away.

Video quality is pretty good, even for the slightly lower 7Mbits/sec recording rate. You also get your location, speed, the date and time stamped onto the bottom of the recording. Handily there’s an option to review it on the fly with the Garmin’s built in gallery.

Oh, and you now get audio recording too, which was something omitted from the last model. It’s not always needed, but it can be helpful when reviewing incidents.

Another new option is the Travelapse. It does what it says on the tin, takes a time lapse of your journey.

Taking a picture still results in a blurry, artefact ridden image but realistically you’re never going to use it. 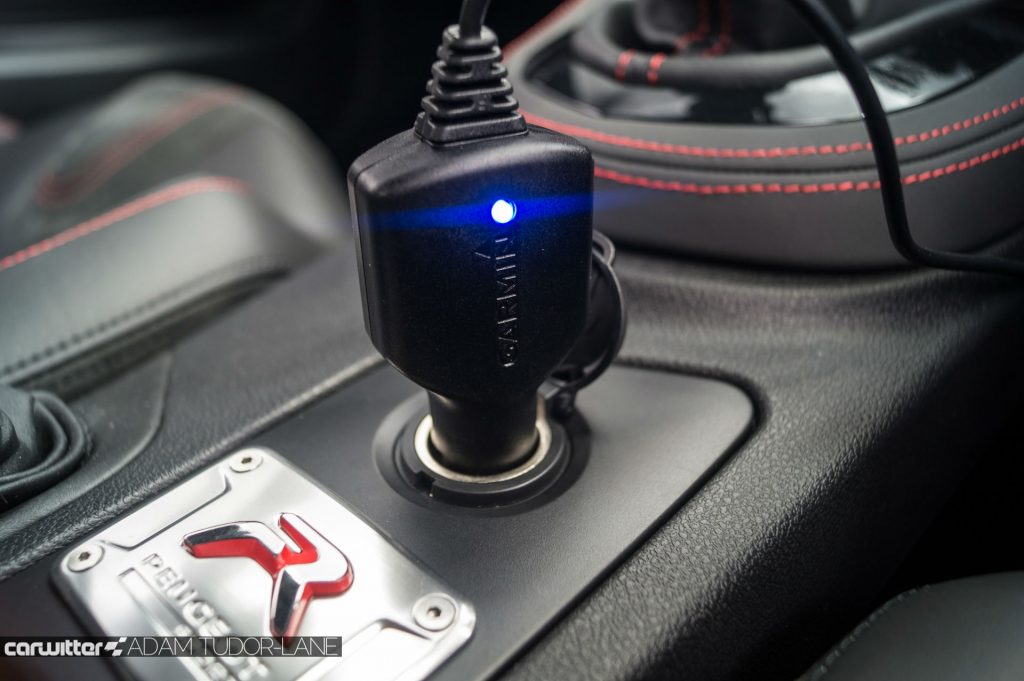 Once again you can’t swap out the USB cable as it contains the aerial for the DAB traffic updates, and you still don’t get a secondary USB output on the plug. So your one and only 12v adapter is hogged by the Garmin.

You can combine the DriveAssist with the £134.99 wireless reversing camera if so desired. It looks as though Garmin have ditched the baby monitoring camera that featured last year in their line up. 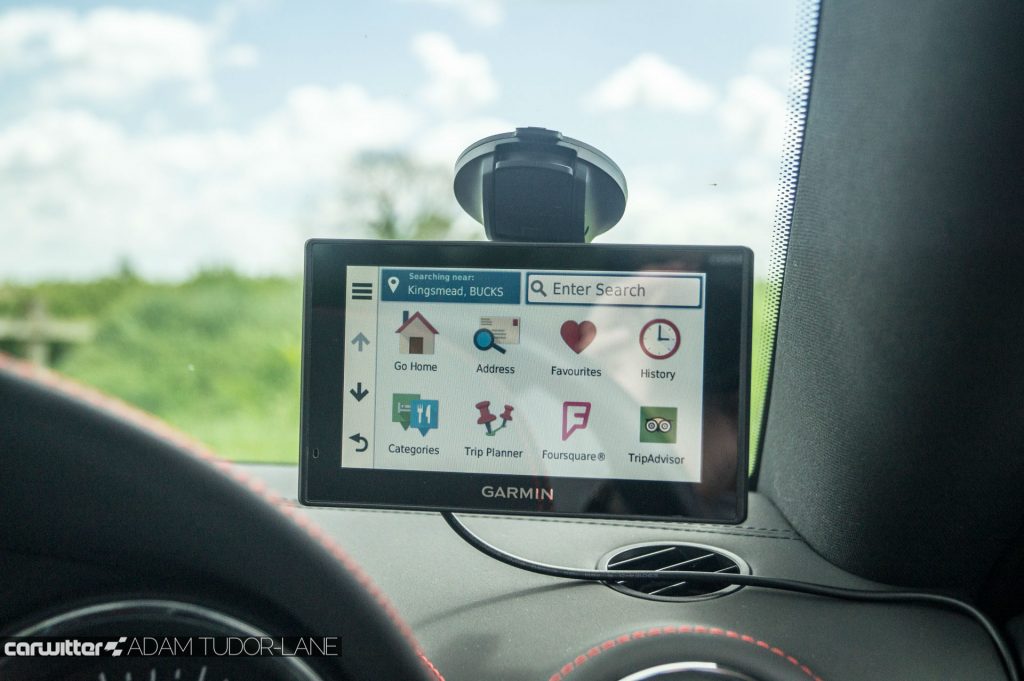 There are a few built in apps on the device too. TripAdvisor, FourSquare as well as the Smartphone Link that lets you hook up via Bluetooth to receive traffic & parking alerts via your data connection. You can also pair it to your Garmin watch, this will let you find where you parked your car…if you’re that stupid to forget.

The trip planner is really handy though. It’s far simpler to use than the TomTom equivalent. You can set your destination and add way points along the way, it makes a sightseeing weekend a breeze. 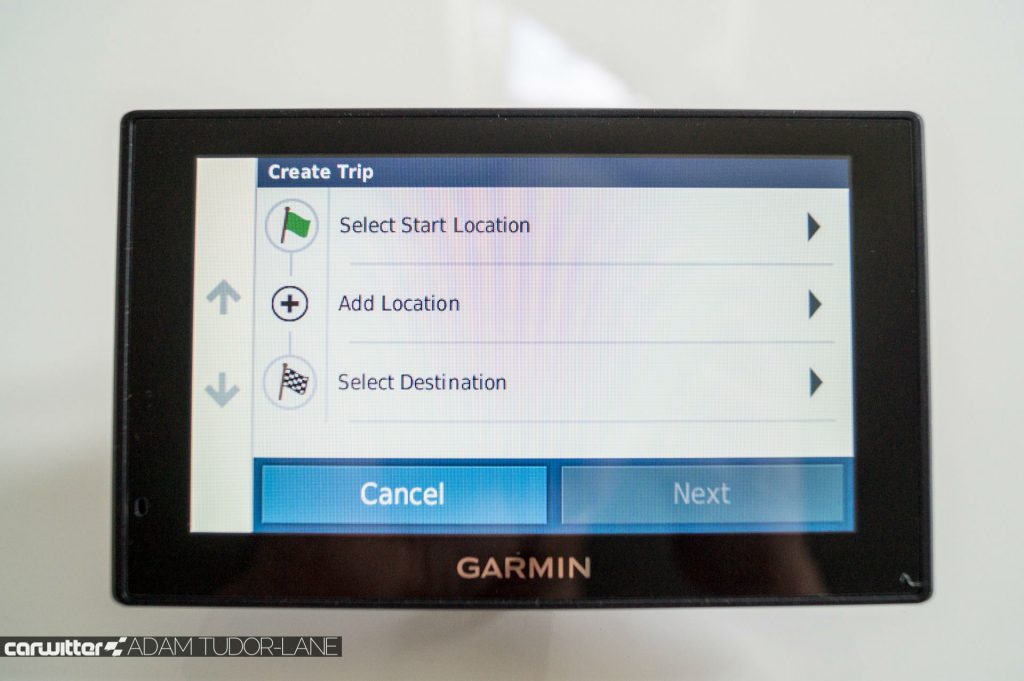 But the main update of the DriveAssist 51 is the inclusion of WiFi. How many times do you think about bringing your sat nav inside, plugging it into your laptop and downloading the latest updates. Exactly, it never happens.

We were handily parked on our drive, with the WiFi connected and it updated itself no problem. Granted, you’re probably still best to plug it in for the huge 4/5GB map download that we had to do fresh out of the box. But for everything else it makes total sense. Well done Garmin.

It looks as though Garmin have toned down on the ‘corner’ alert as that didn’t ping up half as much as with the older 50 model. Speed camera warnings were always up to date and spot on with their location, giving you plenty of warning. 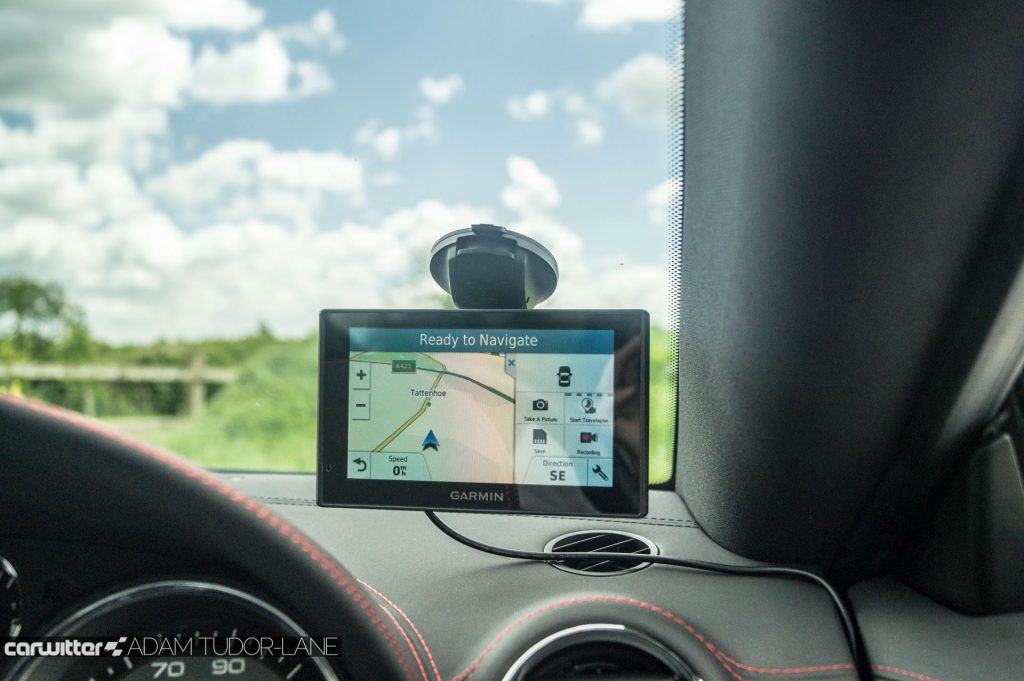 Halfords are one of the biggest retailers when it comes to sat navs, they currently have the DriveAssist 50 priced at £299.99 but keep an eye out for deals and bundles. 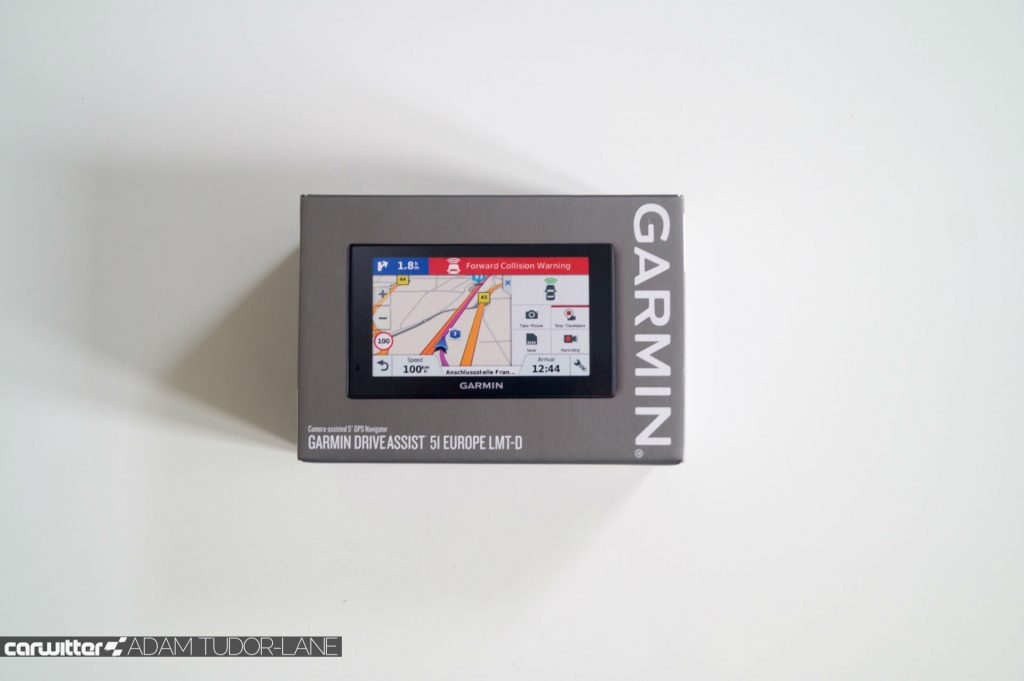