The championship headed to the high speed Thruxton circuit for rounds 7, 8 and 9 of the 2017 campaign. Although while the weather was good and the crowds enjoyed a weekends fine competition the memories of young Billy Monger who suffered horrendous injuries at the previous event were fresh in the minds of those on both sides of the armco barriers.

As a result, all the BTCC cars carried #BillyWhizz on the front number plate as opposed to the the usual Dunlop branding, many other teams and drivers up and down the paddock adding there own touches to their machines. 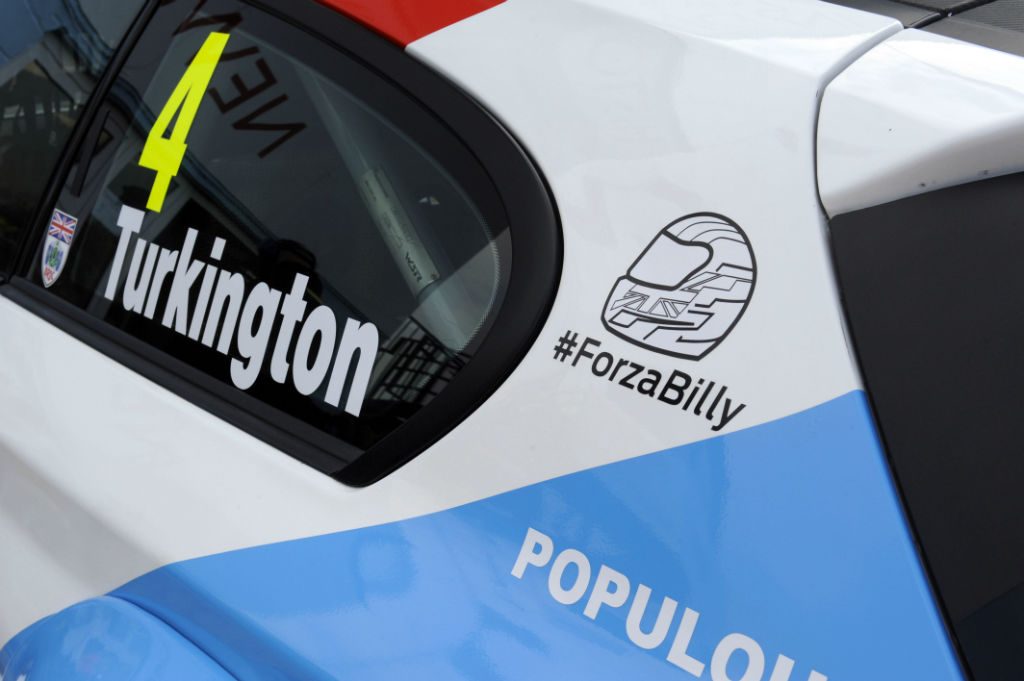 Qualifying saw a fairly expected Thruxton grid form with the pair of works Honda Civic Type Rs on the front row, Matt Neal lining up ahead of team mate Gordon Shedden, Shedden carrying full ballast despite being disqualified from the final round at Donington, ballast is carried based on finishing or points position prior to any penalties being issued.

Jack Goff made it three Hondas in the top three in his Eurotech run Civic just ahead of points leader Tom Ingram in the Speedeworks Toyota Avensis. Rob Austin’s similar Handy Motorsports entry lined up next before Jeff Smith made it four Civics in the top six planing his Eurotech entry next.

Neal led away from the lights and set about putting a decent gap between himself and Shedden, Goff settled in to third but couldn’t really get on terms with the works entries just ahead, Ingram stayed in touch with Goff for most of the contest but, in the end, had to settle for forth. 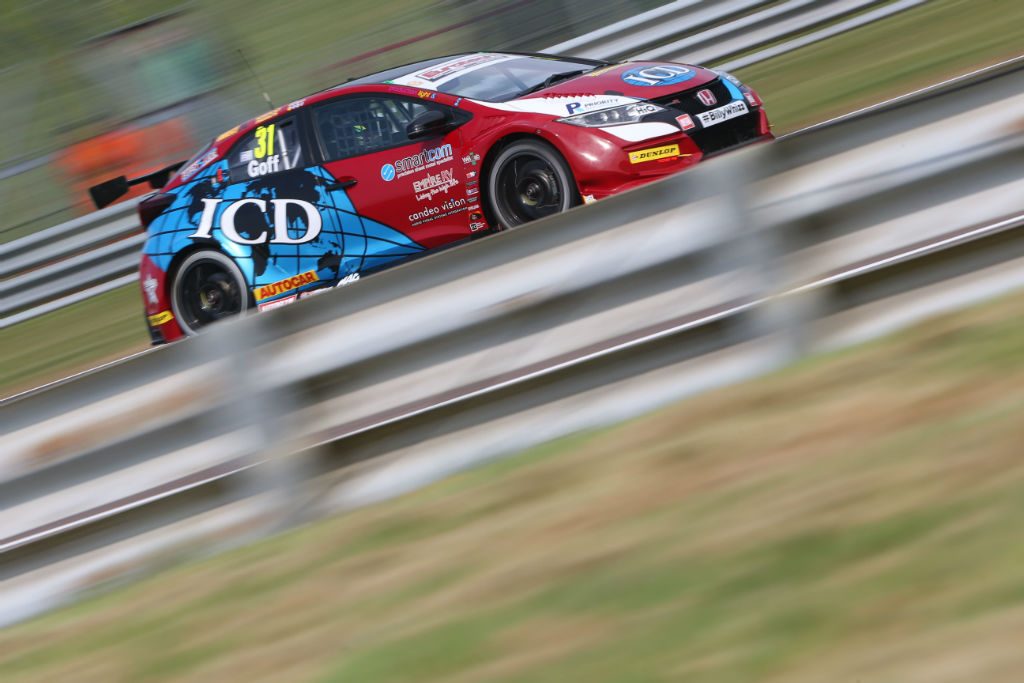 The mid points positions offered a bit more action though, Austin dropped following battles with Morgan, Sutton and several other while Jake Hill in the Team HARD VW and Josh Cook’s Maximum Motorsport Ford Focus looked like they may get in on the points action before contact between them took the pair out at the complex.

It was a similar story for Andrew Jordan in the Pirtek liveried BMW 1M, a spin while chasing Jeff Smith saw him drop to 28th at the flag while battling for top ten position. 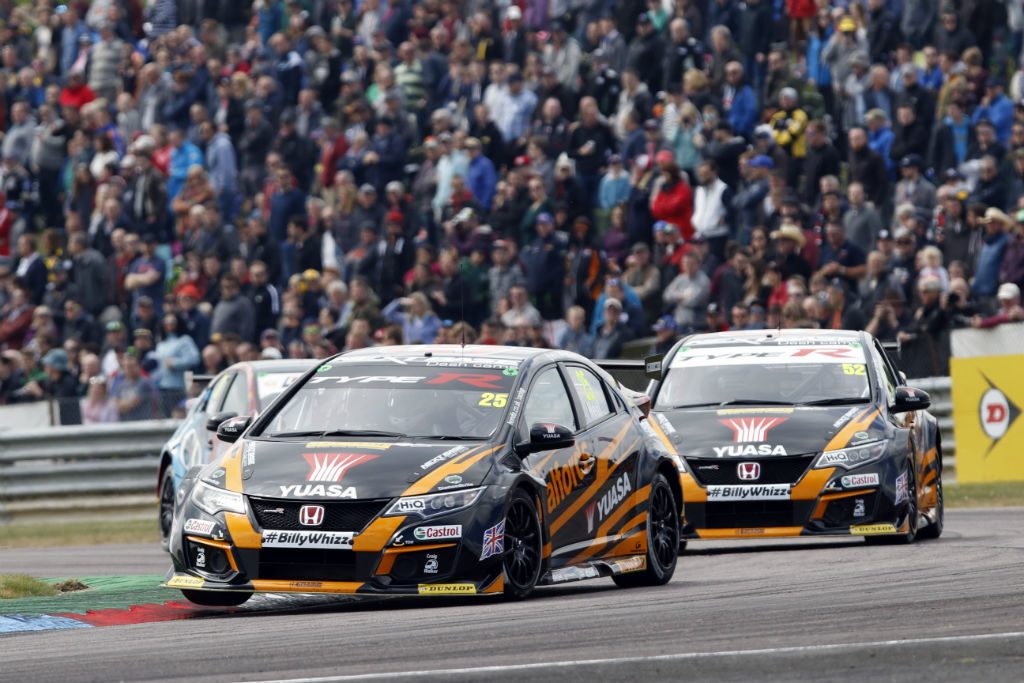 At the flag the three Civics locked out the podium ahead of Ingram. Morgan, Sutton, Turkington, Jackson, Austin and Rob Collard in his BMW 1M finished 10th.

Race two lined up at the front as had race one, Neal again getting a good start before the red flag was waved following a huge shunt involving the Powermaxed Vauxhall of Senna Proctor and the two MGs, Dan Lloyd’s car coming off the worse, fortunately the drivers were fine but proceedings were halted for almost an hour as repairs to the armco were made. 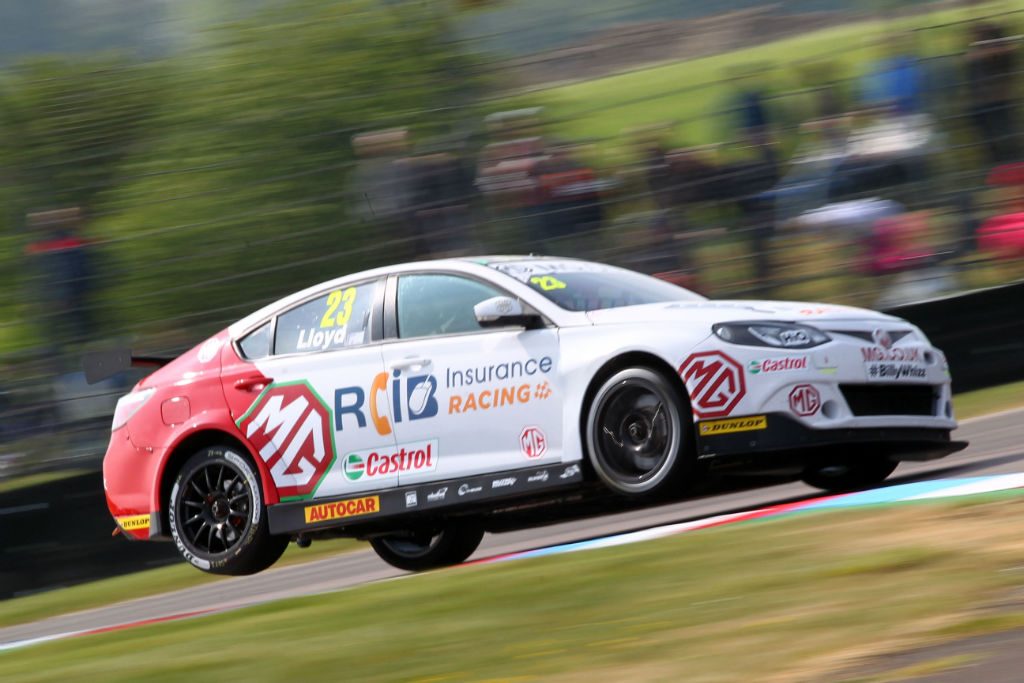 At the restart Neal again led away from the Hondas of Shedden and Goff, but, by the end of the lap Collard had bustled past the pair in a move that saw three cars going through the chicane side by side. Goff, had also passed Shedden for third by this point.

A lap or so later, Neal slowed and headed for the pits, Collard led and set about ensuring a victory from Shedden who had dealt with the similar car of Goff. 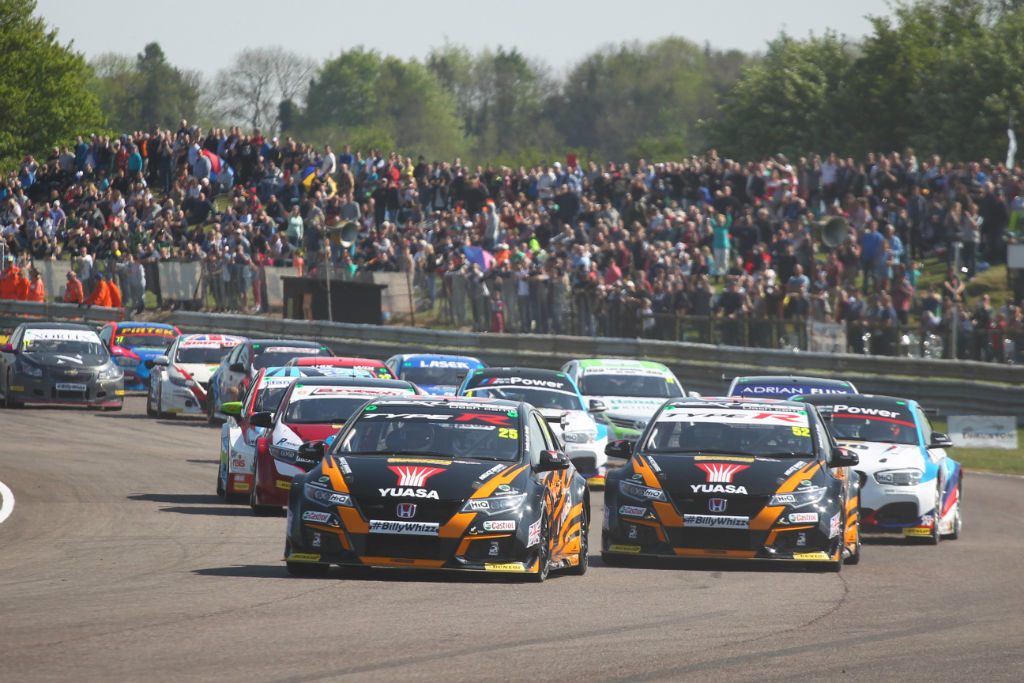 As Shedden chased the BMW down, more drama in the pack as Martyn Depper in his Shredded Wheat Duo Racing Ford Focus went off heavily at Godwood, bringing about a second red flag and with it, the end of the contest. 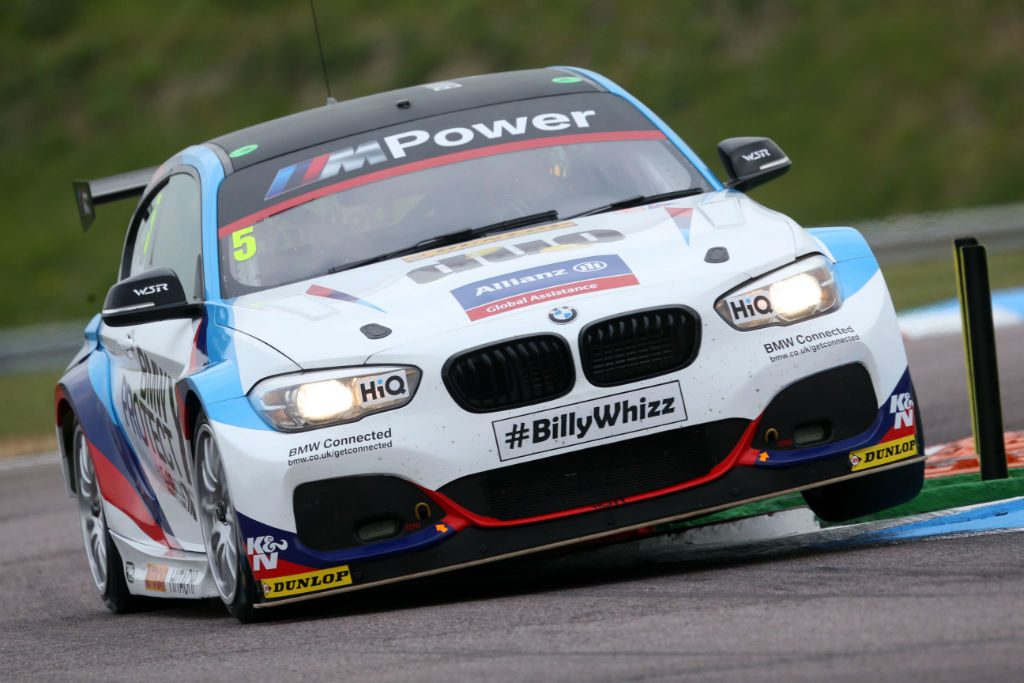 Collard took the win from Shedden while Ingram pipped Goff for third. Austin took 5th ahead of Turkington with Morgan, Sutton, Aiden Moffat in the Laser Tools Mercedes A Class and Jeff Smith completing the top ten. The reverse grid draw would see Colin Turkington promoted to pole for the day’s final race.

Turkington led away from the pole and quickly pulled out a gap as those behind him battled for positions, but, with all the fighting Turkington wasn’t going to be caught and, took the 100th BTCC victory for the German manufacturer. 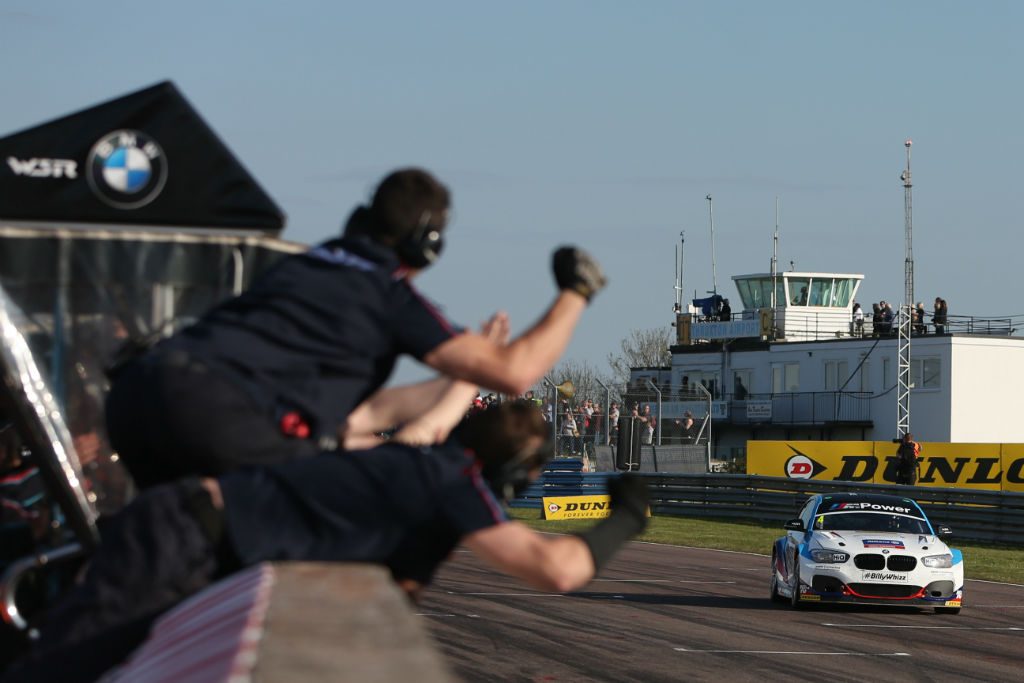 Behind though it was a different story, Ingram Goff Shedden and Austin all fought for the podium places while Collard and Sutton were there to pounce if anyone slipped up, Ingram got the better of the Hondas and looked to chase Turkington but, it was too late. 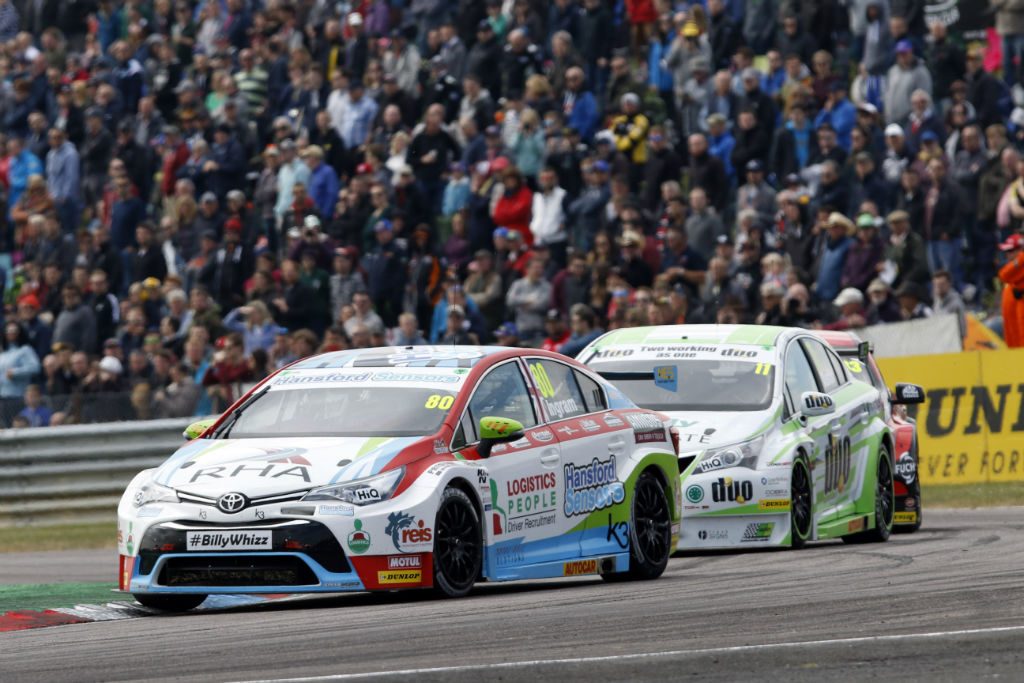 Ingram was able to maintain his points lead in the championship with second place ahead of Jack Goff, scoring his second podium and third top 4 result of the day ahead of the works car of Shedden. Austin, Sutton and Collard followed ahead of the Mercedes pair of Morgan and Moffat.

Tom Chilton in the Powermaxed Vauxhall scored the tenth position just ahead of the recovering Matt Neal who started towards the back of the grid following his race two dramas.

Heading to Oulton Park, Ingram still leads the championship by 17 points from Shedden, himself a further two ahead of Turkington. Can the works squads catch the independents at Oulton? We’ll find out soon.

Sneak Peek at the Skoda Karoq