Sebastien Buemi sealed his second victory in his usual dominant style at the Punta del Este ePrix in Uruguay.

It was a Dragon Racing front row lockout with Jerome d’Ambrosio on pole. At the start Duval had a poor getaway with Sam Bird capitalising by taking 2nd place before the first corner. 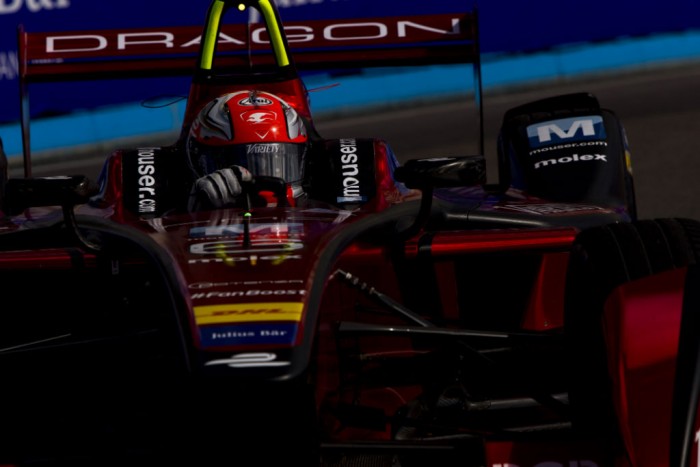 Buemi had started in 5th place but started to work his way through the field early on in the race and took the lead on lap 8.

It was a fairly neutral race until the mandatory pit stops came along. 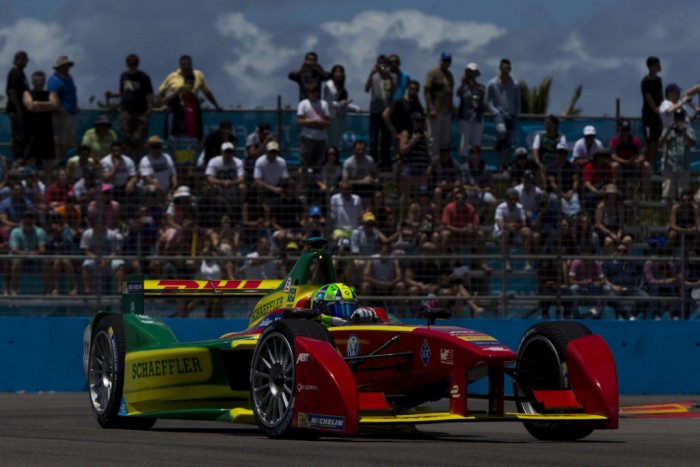 People were astonished to see Lucas di Grassi leapfrog both Dragon drivers, by a whisker, to take 2nd place. Sam Bird also made up a position in the pits but had to retire soon afterwards due to car troubles.

Things then heated up towards the final laps as Jean-Eric Vergne and Nelson Piquet Jr went into battle. But it was not to be for Piquet Jr who locked into turn 14 and smashed the rear of his car.

With Di Grassi finishing second, he is only a single point behind Buemi in the Drivers’ Championship.

Even with losing second place in the pit stops, Dragon Racing team had a good race with Jerome D’Ambrosio taking his first Formula E podium with teammate Loic Duval in fourth.

Next round is on 6th February at Buenos Aires, Argentina. 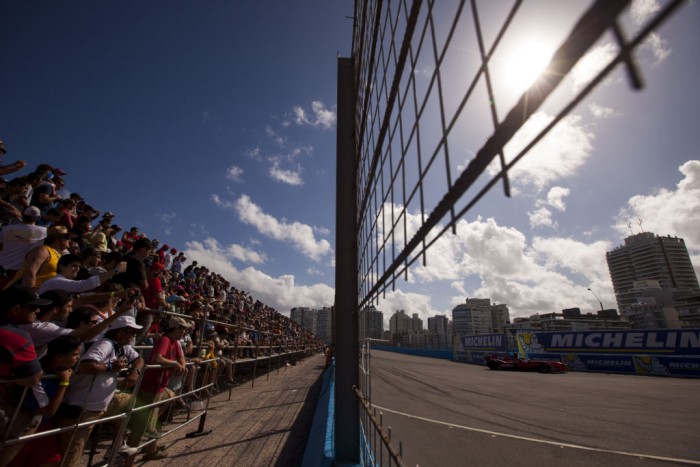