We’re all about being fair and impartial here at Carwitter, so after reviewing the Energizer 50806 lithium portable car jump starter, we reached out to the brands arch nemesis & rival to see if they’d want to feature their very own Duracell lithium ion jump starter pack. They did, so here it is. 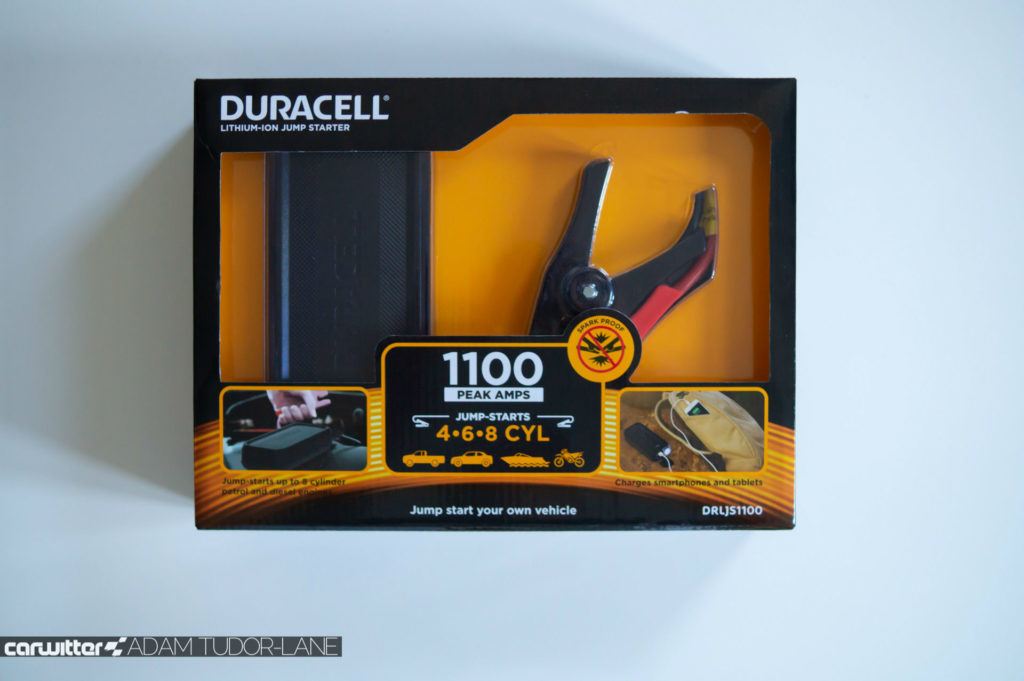 It’s a 12,000 mAh lithium-ion battery pack, one that gives enough punch to start cars with up to 8 cylinders, that’s more than any of the other pack we’ve reviewed claim to be able to jump.

However, it can also be used as a normal powerbank thanks to it’s single 5v 2.4 amp USB socket. There’s also an ultra bright 200 lumen LED light with low, high and SOS modes built in. 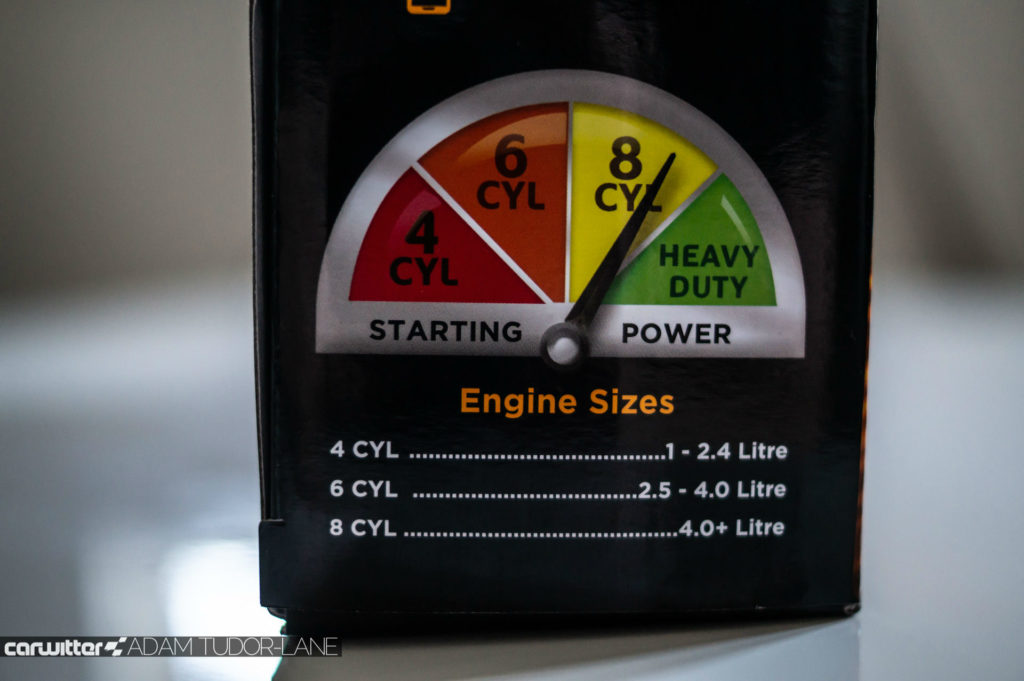 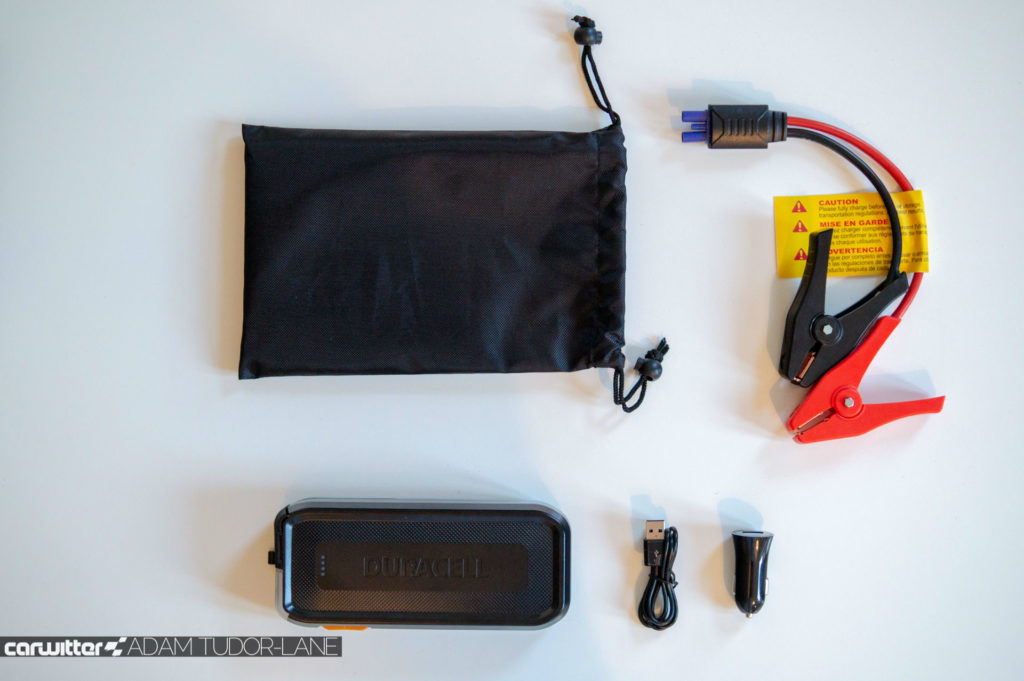 The pack charges via a micro USB cable which is included, along with a single USB car charger. In the box you’ll also find a drawstring pouch to keep everything in and the specialist jump start connector.

Duracell claim the pack will stay charged and ready to use up to 365 days, it’s also IP65 weatherproof thanks to rubber covers over the ports. 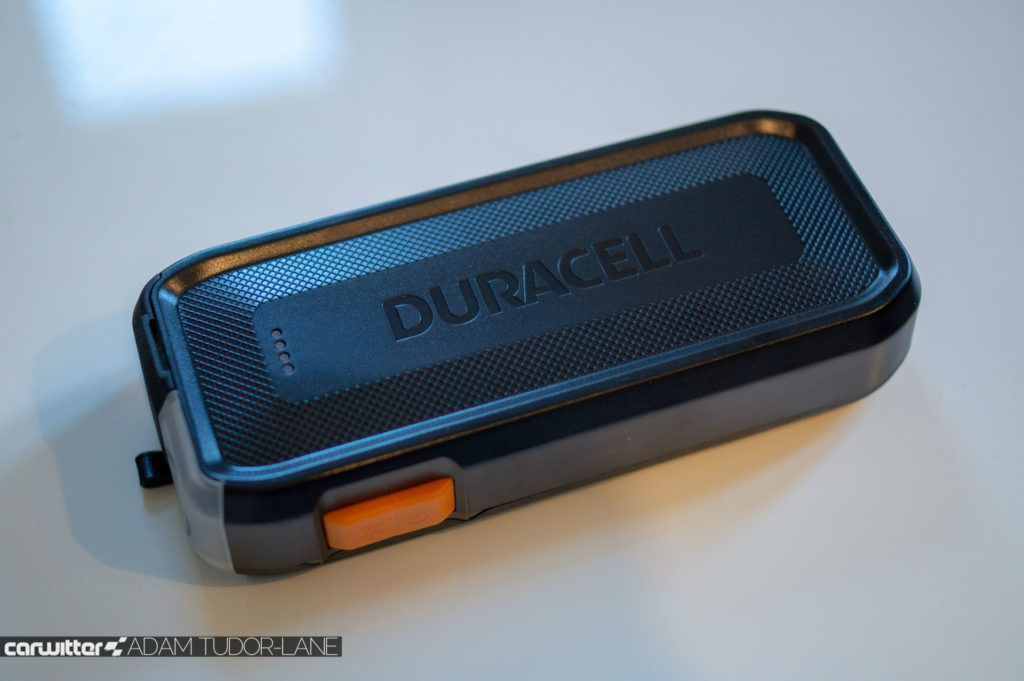 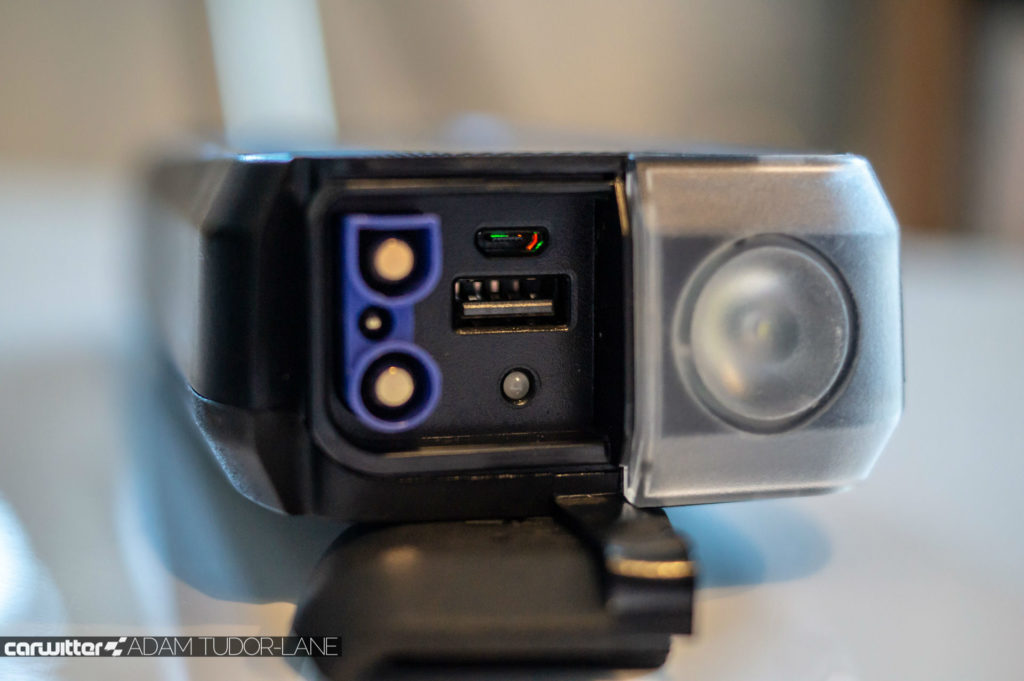 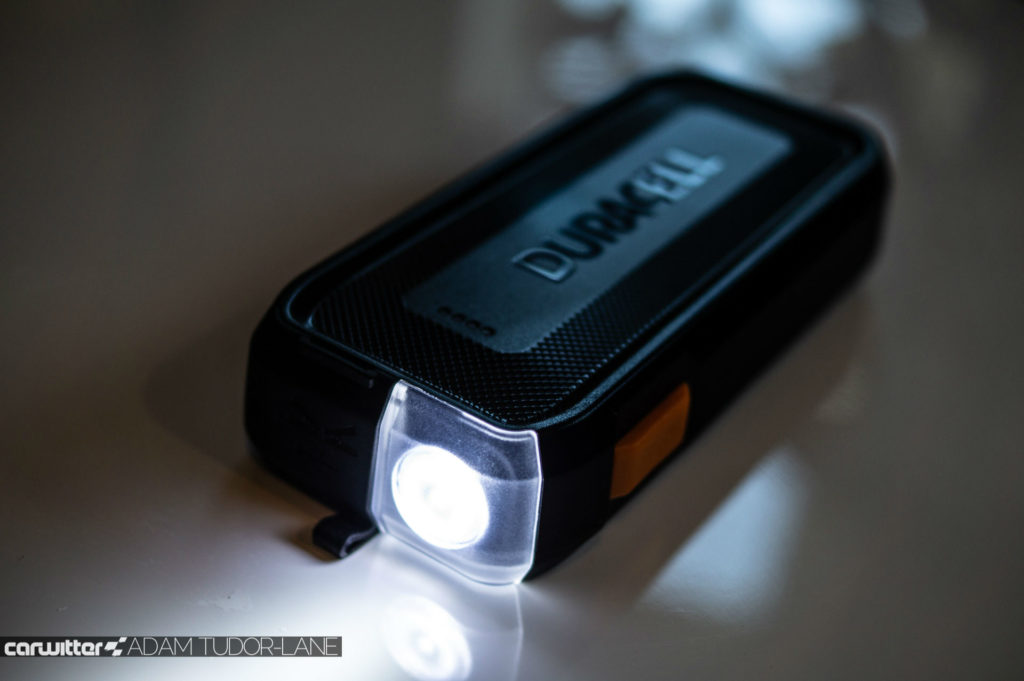 Working in the same way a normal powerbank charges your phone, the Duracell Lithium Ion Jump Starter simply packs far more punch, enough to start vehicles with up to 8 cylinders, or more than 4.0 litres in capacity.

All you have to do is connect the jump start leads, a green LED will start to flash. Then the red cable to the positive terminal, black to the negative, once the SafeJump circuitry has made sure the polarity, and voltage of the vehicle is ok the LED will turn solid green.

Now you’re good to go. Turn the key for no more than 4 seconds at a time, it should start straight away, but if not wait 30 seconds before trying again. 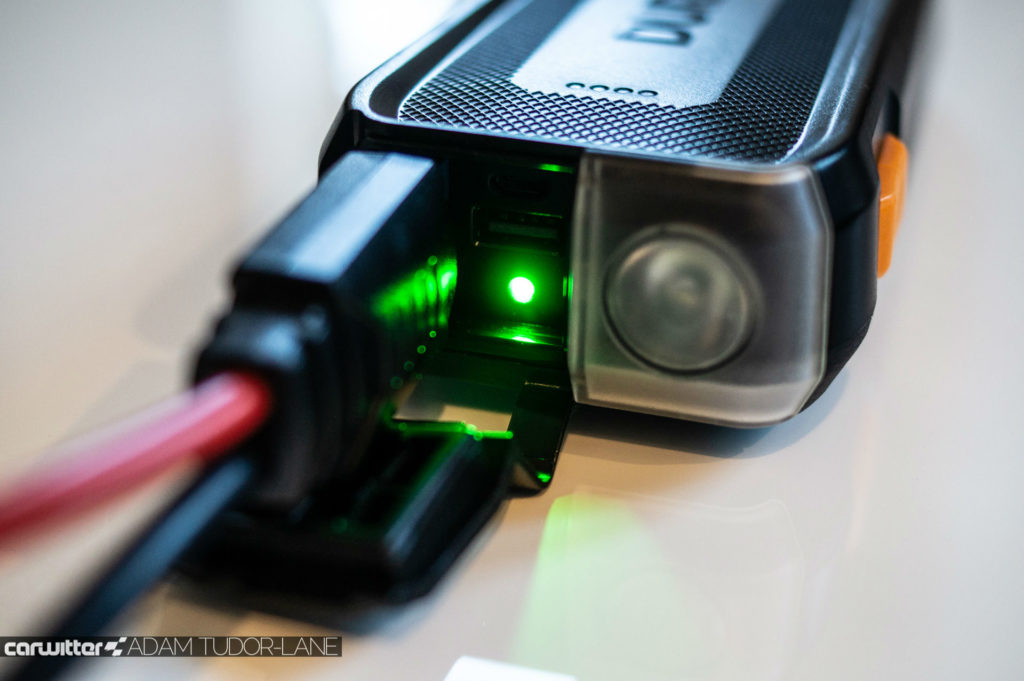 The larger size of the Duracell jump starter means it’s probably best left in your car for emergency situations. Although it can charge your phone, it’s a fairly bulky pack so not something you’d really want to carry around with you.

A great feature is the ability to just plug the jump leads straight into the pack, the Energizer had a large bulky add on to the end of the leads.

Being weatherproof is also a big plus, you can use it on jet ski’s or boats without the worry of water getting into the circuitry. 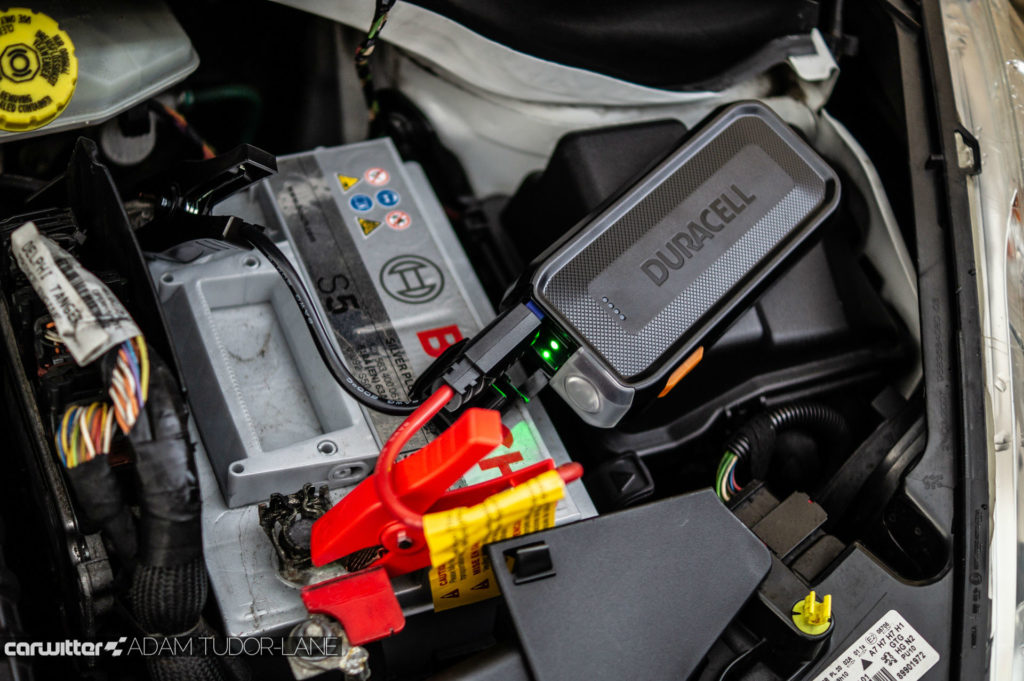 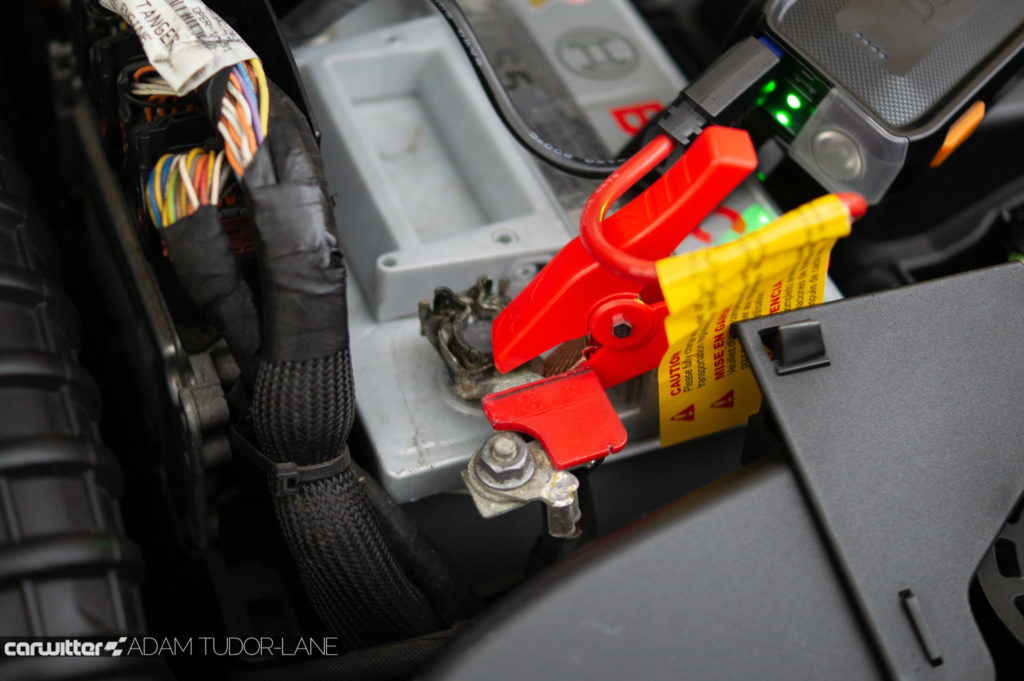 Using the pack is dead easy, it gave the kiss of life to our 207 with ease. Duracell claim you can jump your car up to 25 times before needing to recharge the thing, couple that with the ability to leave it a year between charges and it makes the pack a real set and forget product.

You could stick it in your spare wheel well and know it’s there waiting if ever needed.

The only gripe we have is the single USB output on the supplied car charger, two of a decent output would have been nice. Duracell do make a twin 2.4 amp USB charger, so why not include that?

There’s a few places you can get the Duracell Lithium Ion Jump Starter from, but straight from Duracell Direct is probably best, we also have a coupon code to give you a whopping £20 off the retail price.

Just enter: CRWTTR-2 at the checkout. 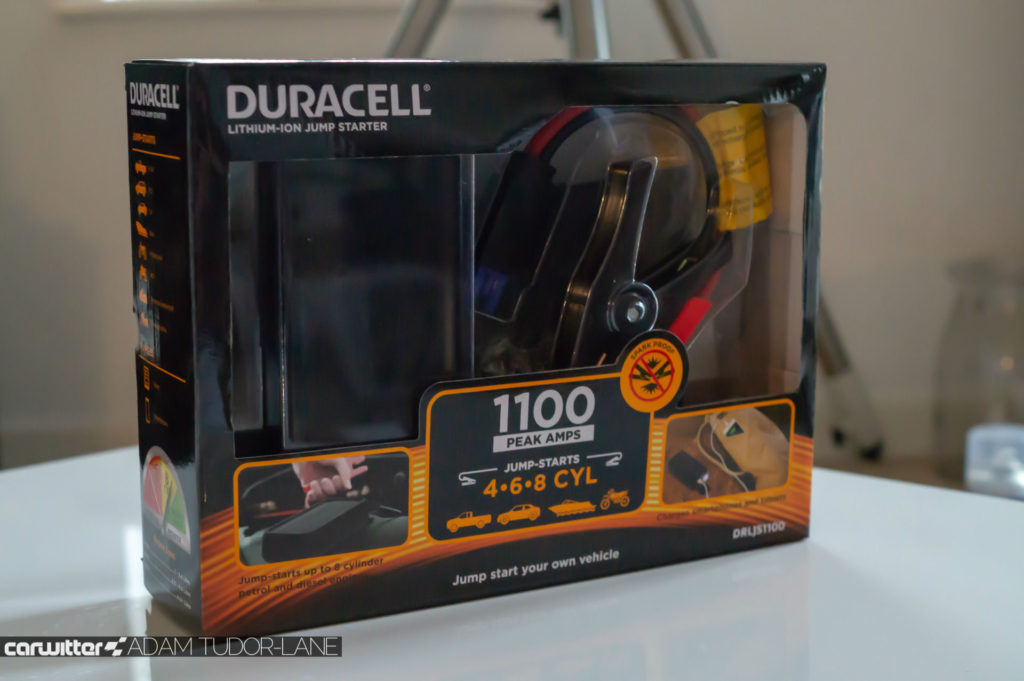 Illegal number plates are on the rise