Earlier this year Peugeot announced a Facebook competition, the prize was spectacular. To race a Peugeot 208 GTi round the Nurburgring in the 24 hour race. This wasn’t any run of the mill Peugeot 208 GTi though, it was a full carbon fibre clad, race spec 300 BHP monster. Developed from the 208 T16, Peugeot Sport tinkered with it even more! Three cars were built in February this year, after a three month development phase. Features from the T16, R2 and Racing Cup cars were all squeezed into this 24 hour racer.

The car used the same 1.6 litre engine as the standard road car, but with an additional 100 BHP. All that power was mated to a paddle shift 6 speed gearbox. Upgraded brakes where added, along with 18″ racing alloys. The standard petrol tank was removed and a 100 litre one fitted, aerodynamics were reworked to fully maximise the race regulations. Overall the car weighed just 990KG! I think you’ll agree it looks stunning. 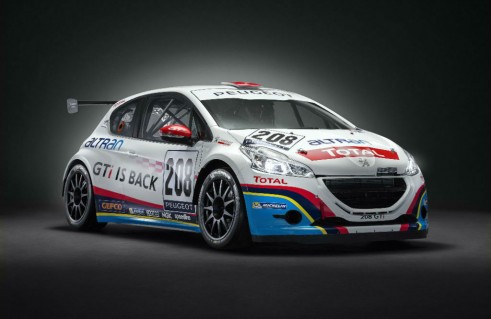 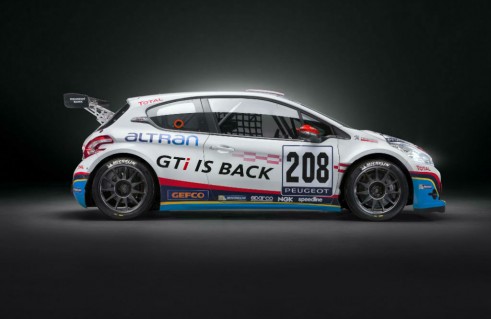 Bradley was racing in the SPT2 class, with three other drivers in his car who won the same competition in their respective country, Stephen Epp (D), Sentis (F), and Gonzalo Martín Andrés (E). Two further 208’s entered the race, another team of competition winners and a team of Pro drivers.

We first met Bradley at the launch of the 208 GTi, where he told us all about his trials and tribulations with Peugeot over dinner. After that meeting we were hooked, and followed the teams progress over the whole 24 hour race.

Tell us a bit about your background in racing?
I started indoor karting when I was 10 years old, and raced cadets as well as TKM karts in the following years. I entered and subsequently won the Toyota MR2 championship in 2007. After that I won the Red Bull Kart Fight in 2011. I have been a race instructor since 2006.

What made you enter the 208 GTI Experience competition?
I saw a Facebook “LIKE” button and clicked it. I had no idea how amazing the prize would actually turn out to be!

Did you ever think you would win the competition against 400 competitors?
I was confident that I would do well, but didn’t really entertain the idea that I would win outright. It was hugely satisfying to know that I had won on merit, by being the fastest against 400 International race licence holders, not just the general public.

How was the training, and getting used to the 208 race car?
We were forced to miss two full days testing, as well as the first round of the championship due to snow. One of my teammates crashed one of the cars both times in the two races we actually competed in! So I only actually managed four practice laps in the full 208 GTi race car before the Nurburgring 24 hour started. But nobody can do anything about bad weather, or accidents. 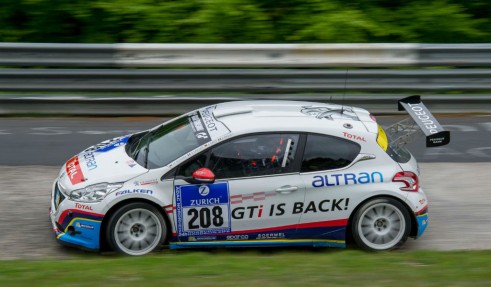 What was the car like to drive?
It’s no exaggeration to say that the car was unbelievably fast. The general feeling is one of tremendous power, and hardly any weight. It actually almost felt like driving a single seater because it was so fast, had so much grip, and paddle shift gearbox.

How does it compare with the road going 208 GTi?
Aside from the chassis and the door handles, I think almost everything is different to the road car. Every panel is carbon fibre or fibreglass. It’s lighter, more powerful, wider, has a totally different gearbox, no interior details are the same – basically its a vastly different machine.

How were your stints driving, the weather was pretty horrendous during the first! Any hairy moments?
The weather was so bad that the race was red flagged two laps after I finished my first stint. I could see absolutely nothing. Darkness, torrential rain, spray from other cars, fog, all whilst doing 155mph. It should have been a recipe for disaster!
Two laps into my stint the rain came, and I was ten miles away from the pits on slick tyres….somehow I didn’t crash and actually finished my stint, despite one minor nose into the gravel after two hours of driving.
My second stint was mainly dry, although I ran on wet tyres for the whole session as there was no time to change whilst we were battling our main rivals. 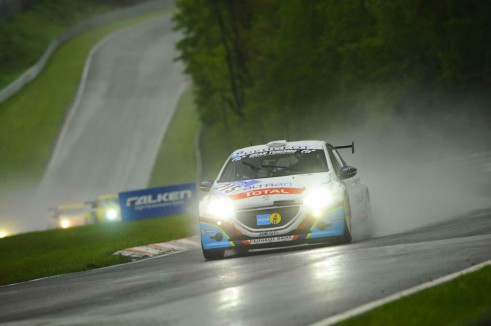 One of your team mates had a slight accident in the 208, how did you find out about the accident, and what were your first thoughts?
I heard some engineers talking about my teammate Stephane having hit the wall. I assumed the worst….but the car was actually totally undamaged. We lost some time whilst the mechanics checked the car over but not a great amount, and we managed to continue in the same position.

How on earth did the team manage to make up the gap between yourselves and the car in front, at one point it was around 3 laps wasn’t it?
We made up the gap by keeping up a decent pace and staying out of trouble. Our main rival, the Mini, was pushing hard to stay in front and in the end damaged their engine. As the final hour approached they pitted, we kept up the attack and they eventually retired with 40 minutes left to go.

Once the team gained that place how tense was the atmosphere for the rest of the race?
The atmosphere was still very tense, because we had to actually finish in order to score the result, regardless of how many laps we had completed. To go and score a Peugeot 1-2-3 was unbelievable! 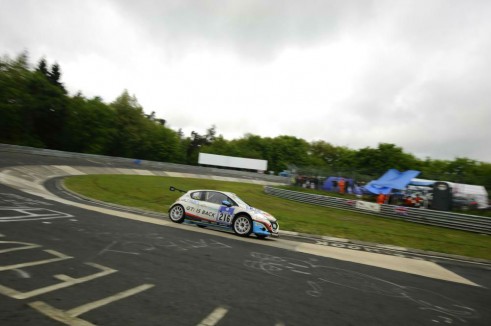 Throughout this process Peugeot have given you your own 208 GTi, how many miles have you racked up in it?
So far in just under two months I have driven 10,300 miles in my road car – mainly from Brackley to the Nurburgring and back!

That’s a lot of miles! Surely you’ll miss it when it goes back?
I will miss the car (Kenny 2 we’ve called it because of the registration containing KNY. My normal road car is Kenny 1, and also has KNY in the reg!) We’ve shared some great times, and 25 laps of the Nordschleife too! I’m glad I have those laps on video though so I can always remember this experience.

Do you have any future plans with Peugeot Sport?
Next week I’m driving the full race car at the Top Gear test track. After that I have the Goodwood Festival of Speed as well as some other promotional days. In terms of racing, we will just have to wait and see…

Considering the team’s success, do you know if Peugeot are planning to enter the Nurburgring 24 hours next year?
I don’t think that Peugeot have any plans at the moment. A 1-2-3 in class on the car’s debut would be pretty hard to beat. But I did hear them say something about some potential ideas for next year so you never know!

Sum up the whole experience for us in 100 characters
Racing at the Nurburgring with Peugeot has been the best three months of my life. Thank you!

Thanks for your time Bradley, we hope to see you at many more Peugeot events to come! 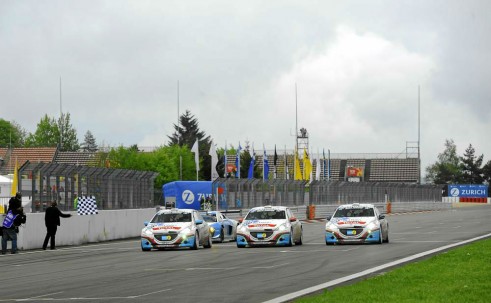 Here’s a video of Bradley and girlfriend, in his road going 208 GTi driving a lap of the Nurburgring!