Another round of automotive musical chairs was played out at Rockingham, again involving the Team HARD cars, this time team boss Tony Gilham taking the wheel of the Toyota Avensis over previous stand in Michael Caine. Over at Power Maxed, Dave Newsham will again stand in for Kevin Fletcher. 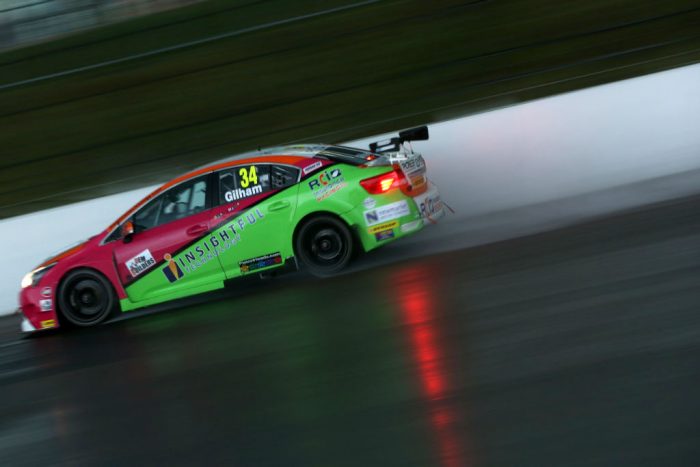 Qualifying was run in appalling conditions as heavy rain greeted the runners with the majority opting to set an early lap before conditions got too treacherous.

Gordon Shedden would emerge from the deep end fastest in his Halfords Yuasa Racing Honda Civic Type R ahead of the Motorbase Ford Focus of Mat Jackson. Josh Cook in his RCIB Insurance MG6 lined up 3rd ahead of a pair of the BMR Run Subaru Levorgs of Jason Plato and Colin Turkington before the second MG of Ash Sutton. 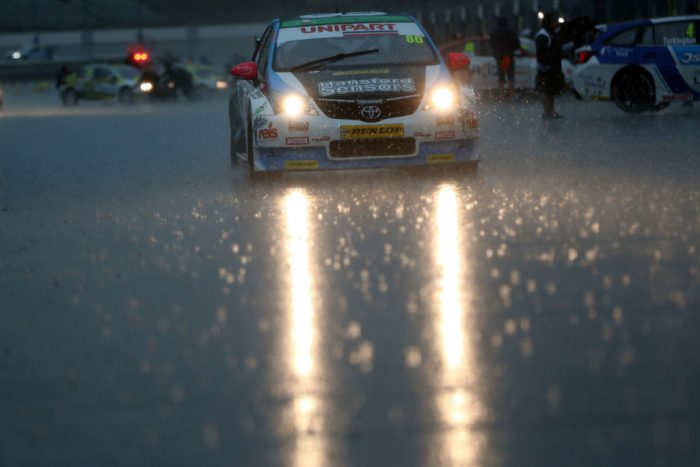 Tom Ingram’s Speedworks Toyota Avensis lined up 7th with Matt Neal in his Halfords Yuasa Honda next just up the road from the Wix Racing Mercedes A Class of Adam Morgan and the Power Maxed Chevrolet Cruze of Hunter Abbott completing row 5.

Following a short safety car interval in the opening laps Shedden dealt with the initial threat from Mat Jackson before settling down and shadowing the Speedworks Honda Civic of Matt Simpson running a lap behind for most of the contest. 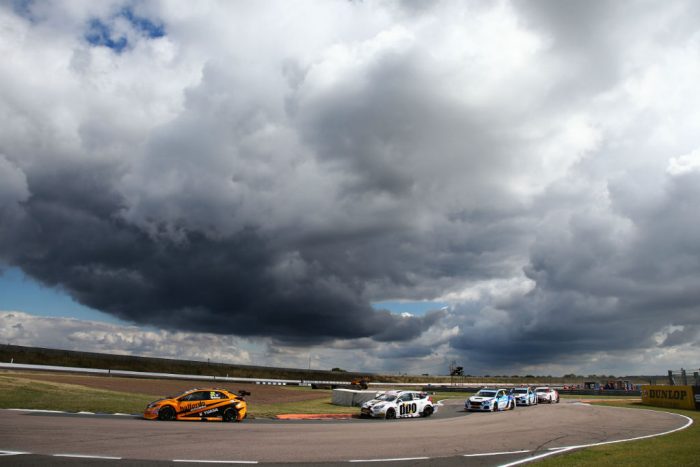 Jackson unable to do anything about the Scot having again to produce the kind of drive that saw him take the race 3 victory a few weeks previous ahead of the Subaru pair of Plato and Turkington. 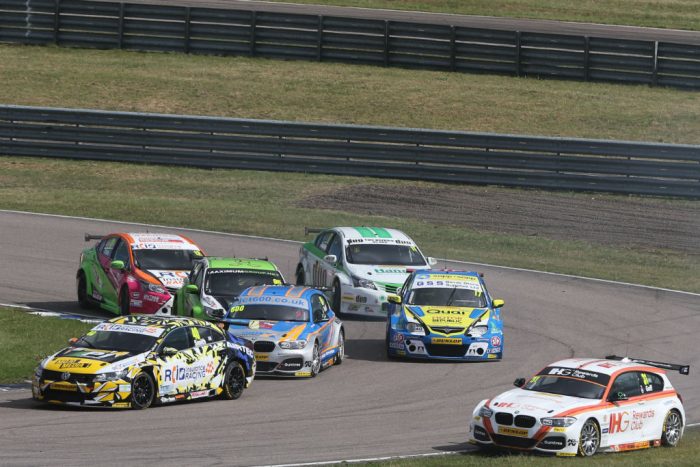 Cook was the best of the MGs in a lonley 5th ahead of teammate Sutton and a gaggle of cars that battled race long, Andrew Jordan in the Pirtek racing Ford Focus heading up a train of Neal, Newsham and Sam Tordoff in the JCT600 Gardx BMW, Tordoff leading the championship at the start of the weekend had started 28th on the grid with it maintained the championship lead.

Shedden led again early in the second contest but it wasn’t long before Jackson passed the Civic, stuggling on the harder compound tyres. Early race incidents saw the Subarus out of contention, Turkington and Plato involved with Josh Cook’s MG sending Turkington down the order and the other two into early retirement. 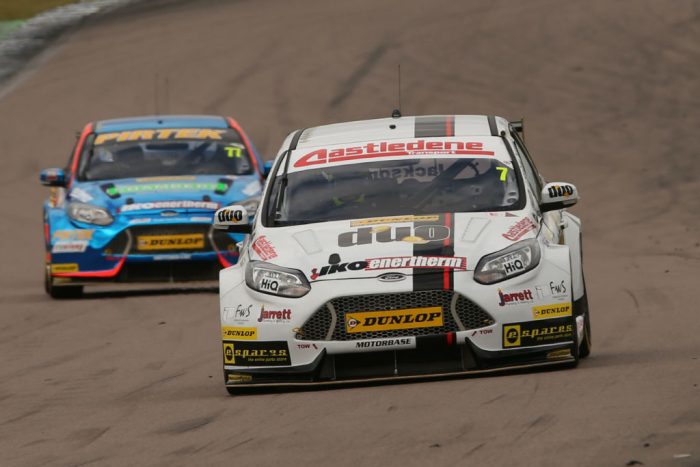 This promoted Jordan and Tordoff further forward and onto the back of the Focus of Jackson, Tordoff, now pretty much ballast free made quick work of the Ford and settled down into a race wining rhythm. Behind Jackson was soon passed by team mate Jordan and, later by Rob Collard in the second of the BMWs also recovering from a poor qualifying session on Saturday. 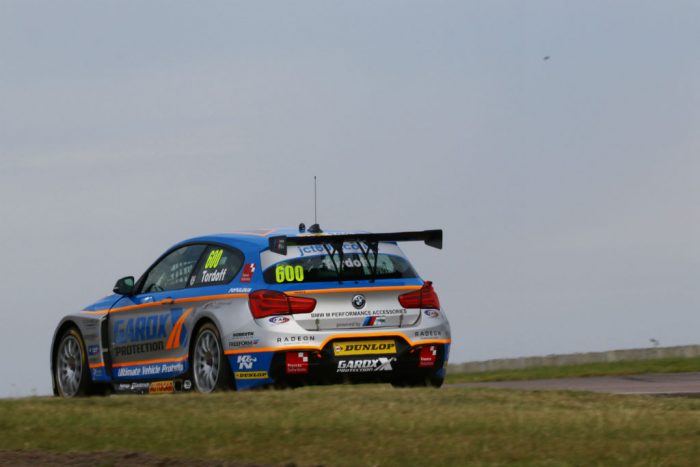 Sutton would score more strong points for 5th ahead of Neal in 6th. Aron Smith took 7th in the BKR run VW CC with the Mercedes pair of Morgan in the Wix and Aiden Moffat in the Laser liveried machines. Gordon Shedden salvaged 10th in the second works Honda.

Smith was granted the pole for race 3 and for the second time today a lights to flag victory was recorded, again inter-spliced with safety car periods as first Neal then Jackson faded before the fight was taken up by Shedden and, later in the contest, Turkington, battling from 16th on the grid following his race 2 excursions. 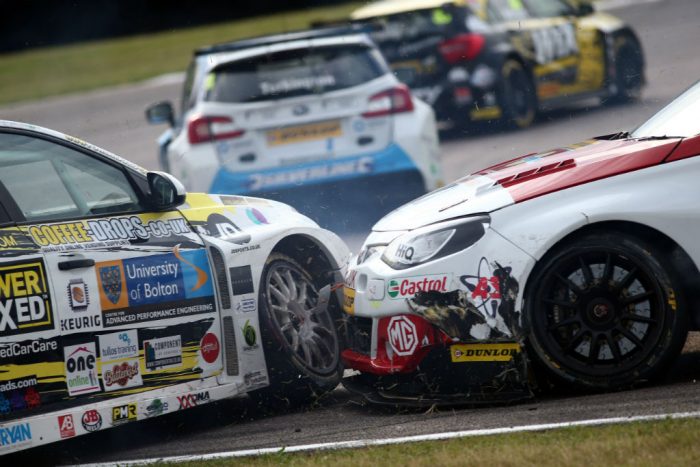 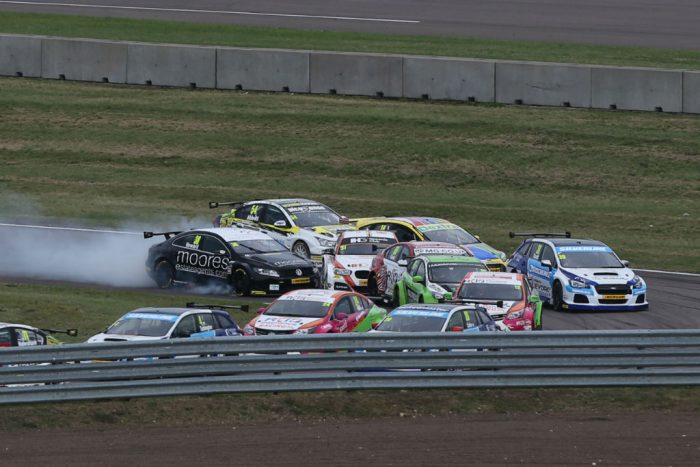 Smith became the 12th winner in the 2016 season taking the flag from Shedden and Turkingon, with Neal Jackson and Collard up next.
Morgan was 7th in his Mercedes while Jake Hill scored a fantastic 8th for Team HARD in their Toyota Avensis ahead of the Mercedes of Moffat and Plato’s Subaru. 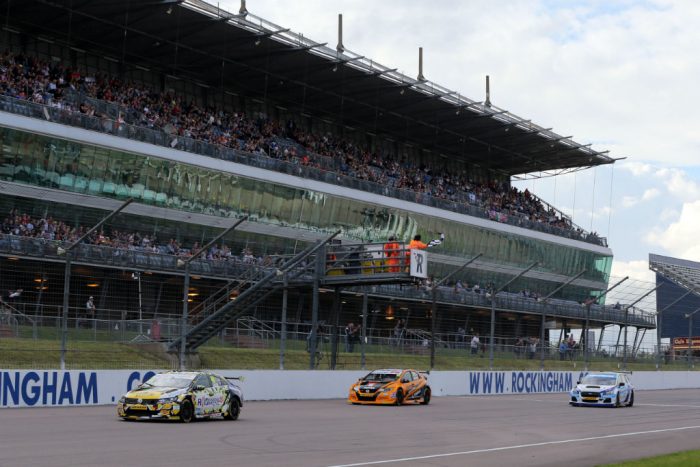 Tordoff still leads the championship as we head to Silverstone by 5 points from Matt Neal and 20 from his team mate Shedden with Mat Jackson 28 points adrift in 4th.