It’s rare that such a small car commands such a commotion, but ever since the leaked images made their way from Japan earlier this year the automotive community has been frothing at the prospect of getting their hands on the 2018 Suzuki Jimny.

In fact it’s safe to say the Jimny has been the most anticipated car amongst the motoring press this year. It seems we aren’t the only ones…

Starting from £15,499 the new Jimny is selling faster than Suzuki can make them. In fact they’d need a whole new factory to be able to keep up with demand. That’s why the UK only has an allocation of 600 for the first quarter of 2019. 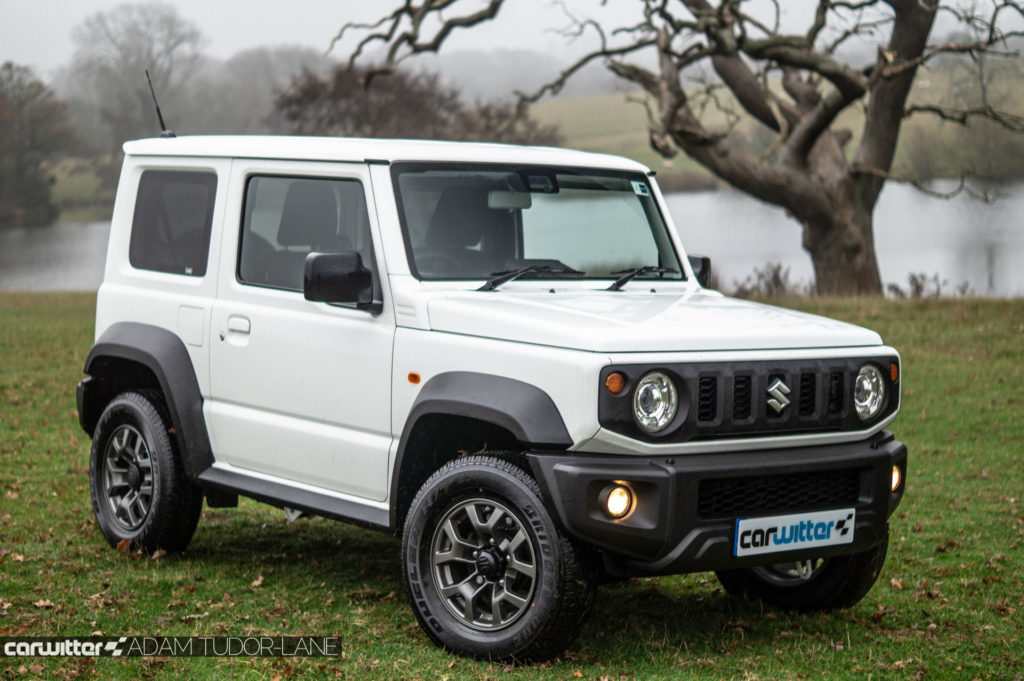 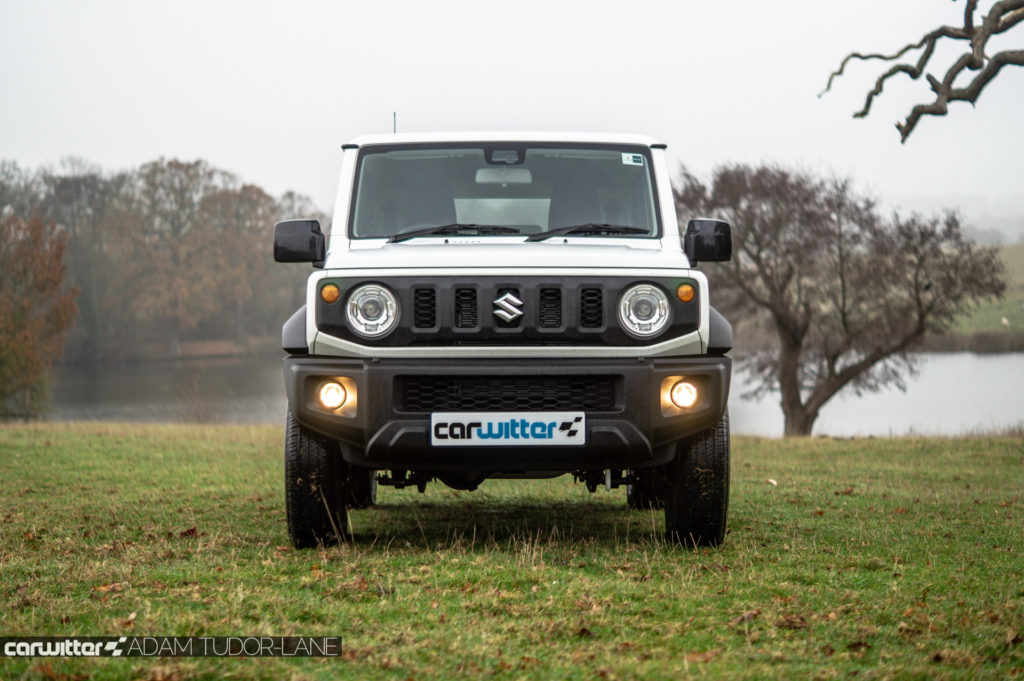 There’s no denying that everyone wants one because of its looks. Like a G Wagen and a Defender cross pollinated this little Suzuki has got everyone in a fluster. It’s affordable and looks incredible, like a tough little Tonka toy from your childhood.

It’s actually based on the old Jimny’s chassis, albeit with many new additions and increased strength. So a familiar ladder frame sits below those cutesy chunky angles, and that means you have proper four wheel drive, with a separate gearstick…like 4×4’s should be.

Entry level SZ4 does without the contrasting roof, so just get it wrapped if you go that route. The other tells are the 15” steelies, door mirrors and handles are also black plastic, oh and the lack of LED headlights. Apart from that they’re near identical from the outside, and you’ll save £2,500 while you’re at it. 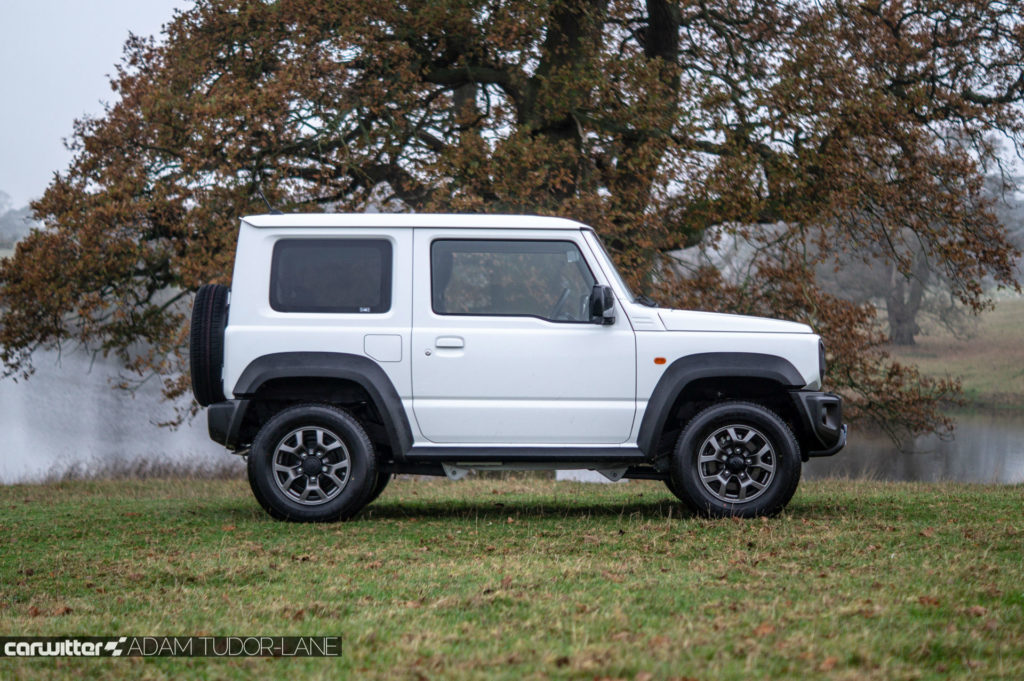 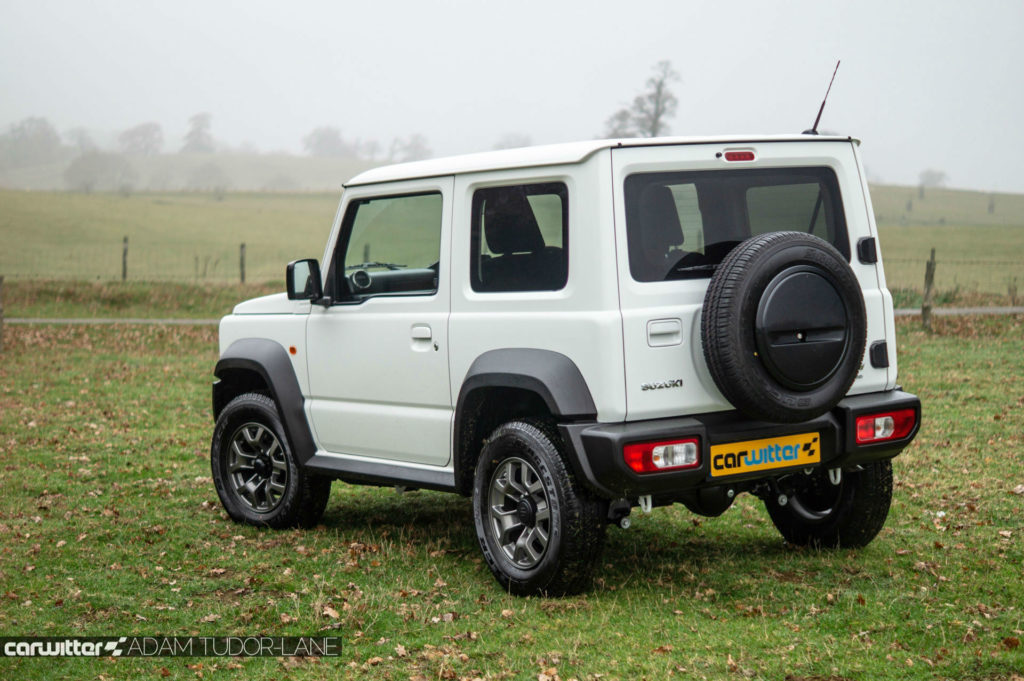 Now the last generation Jimny wasn’t famed for its on road prowess, nothing’s changed there. The ride is on the fidgety side, you feel like you’re in an old movie, constantly steering to keep the little Suzuki between the white lines.
It could also do with a sixth gear for cruising at motorway speeds, that’s not to say the noise is as bad as others have commented on, you could quite easily turn the music up a tad and that would solve the thrum of the engine…but it just feels like the revs are too high when you hit 70.

Around town it’s great, small enough to take advantage of gaps in traffic and the wandering steering is far less apparent. 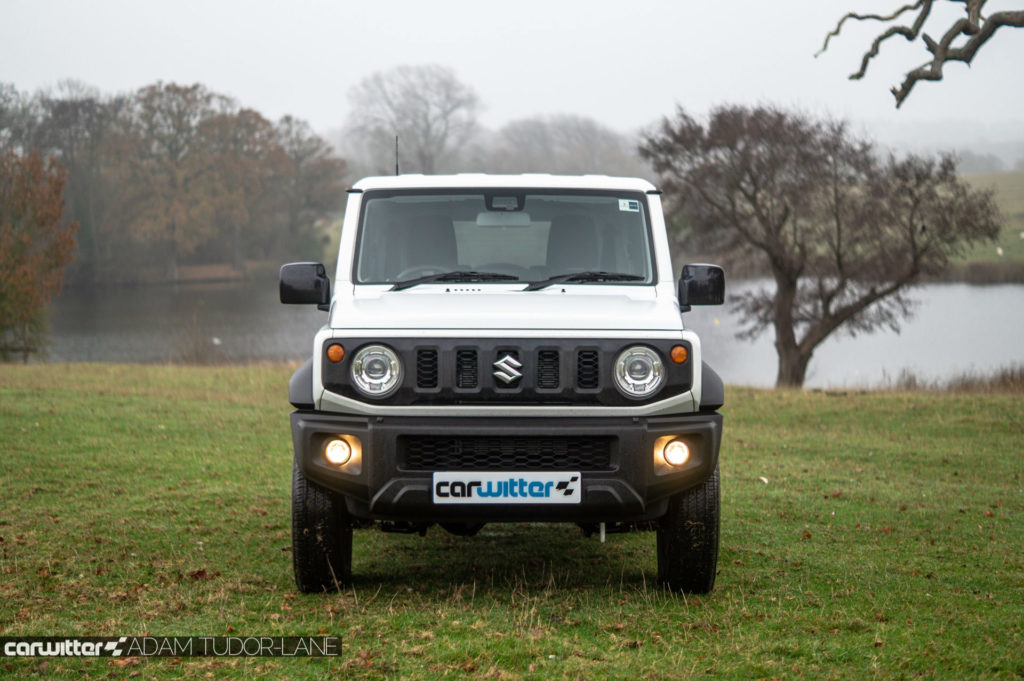 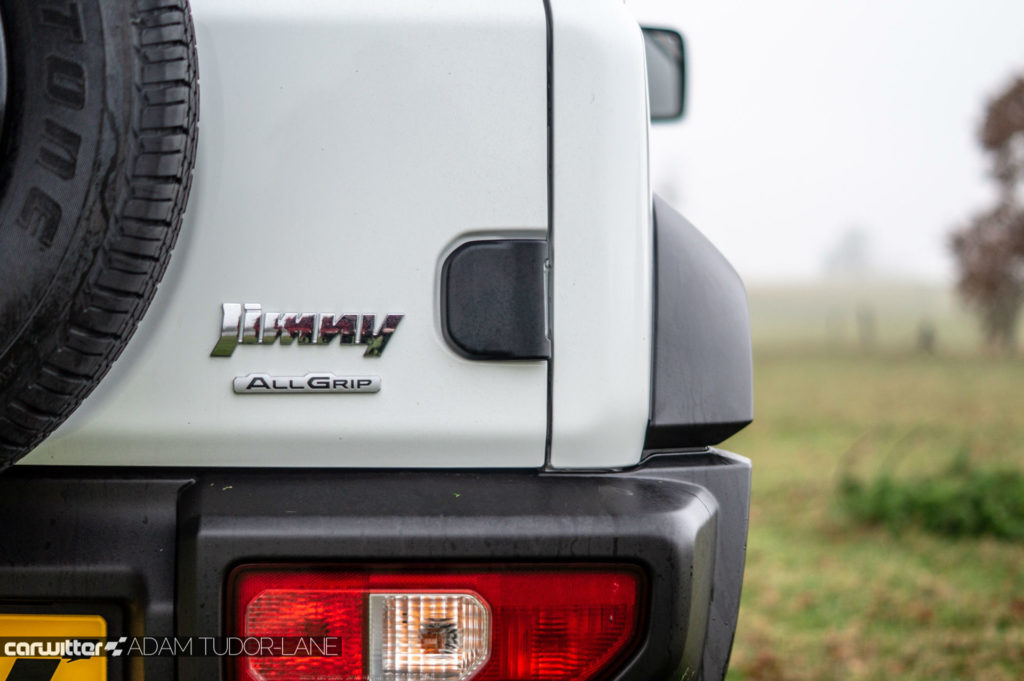 Off-road is where the 2018 Suzuki Jimny truly shines. Darting off the beaten path we switched into 4WD low and plugged some mud.
Being so light is actually an advantage to the tiny Suzuki, tipping the scales at just 1,135 KG means you don’t sink in the squidgy stuff. Other, heavier 4×4’s have to push their way through it, whereas the Jimny seems to ride atop it.

Peaks, troughs, dips and hills all covered in sopping wet mud were conquered without hesitation by the punchy 1.5 litre normally aspirated engine, 130 Nm of torque seem ample enough in any situation.

This model also sees an increase in departure, breakover, approach angle and ground clearance over its forbear. You also get hill hold and hill descent control as standard.

Once inside the Jimny you find everything to a utilitarian standard, tough plastics and big chunky controls are the order of the day. The dials sit in their own square binnacles making them look like their from a fighter jet, between them sits the standard Suzuki black and white LCD screen that tells you fuel, MPG and the like.

Infotainment is taken care of with a 7 inch touch-screen in the SZ5, while the SZ4 has an old school LCD radio but both feature Bluetooth and DAB.

Space in the back is ridiculously tight even for a smaller sized adult, there’s literally zero leg room unless you sit side saddle and crush your knees.

The rear seats fold totally flat and have a hard wearing back to them so can be easily washed down if they get mucky. With them folded boot space jumps to 377 litres from the rather poultry 85.

At the back the rear door opens fully being hinged from the right on a gas strut making it easy to throw everything in.

There are a range of accessories available from tow bars and skid plates to a different front grille and mud flaps. Glynn Hopkin seem to offer the full range of Suzuki Jimny accessories, including a double din facia so you can install your own killer Android infotainment system for around £200, thus not needing the SZ5.

The 2018 Suzuki Jimny is a pure utility vehicle, but buyers are no doubt flocking to it because of those looks. Will they be disappointed? It depends what they’re after.

You need to realise that the Jimny is a tool, just like a utility knife it will get the job done but won’t be the thing to use when you want to carve a chicken for dinner.

Also the price is somewhat steep for the SZ5 model, it adds precious few additions for the extra £2,500. The only thing you’ll probably miss are the heated seats, but if you want the Suzuki Jimny for looks alone or it’s off-road abilities the SZ4 at £15,499 is all you need. 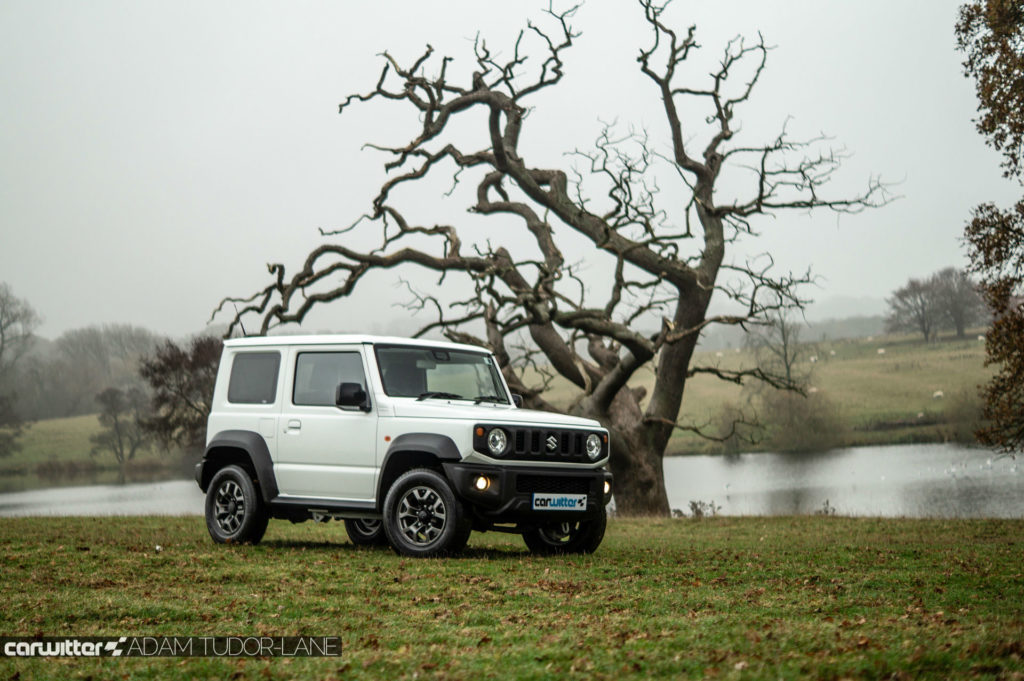 Taking a Jaguar XF Sportbrake to the Alps