There are a number of petrol system treatments on the market, such as RedEx, STP, Wynns etc. Additives are something most people will never put in their car, but they can help keep your vehicle running at its best.

One of the newest on the market is UK based Fueltone Pro, it comes in an innovative bottle that makes multi treatment easy. 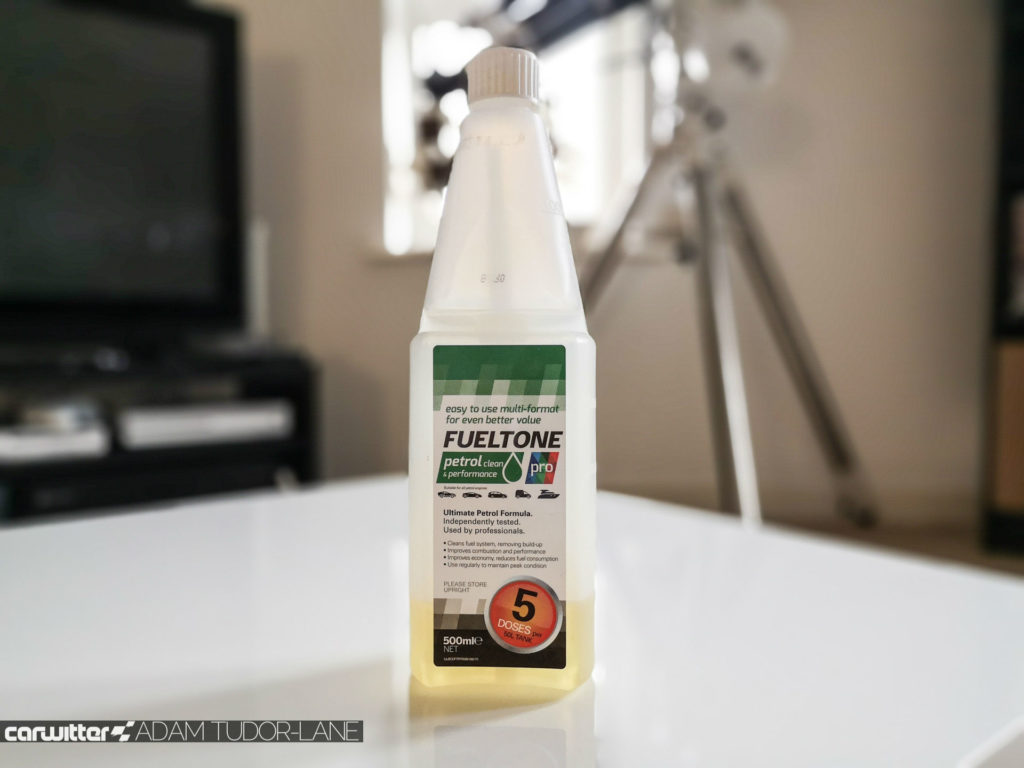 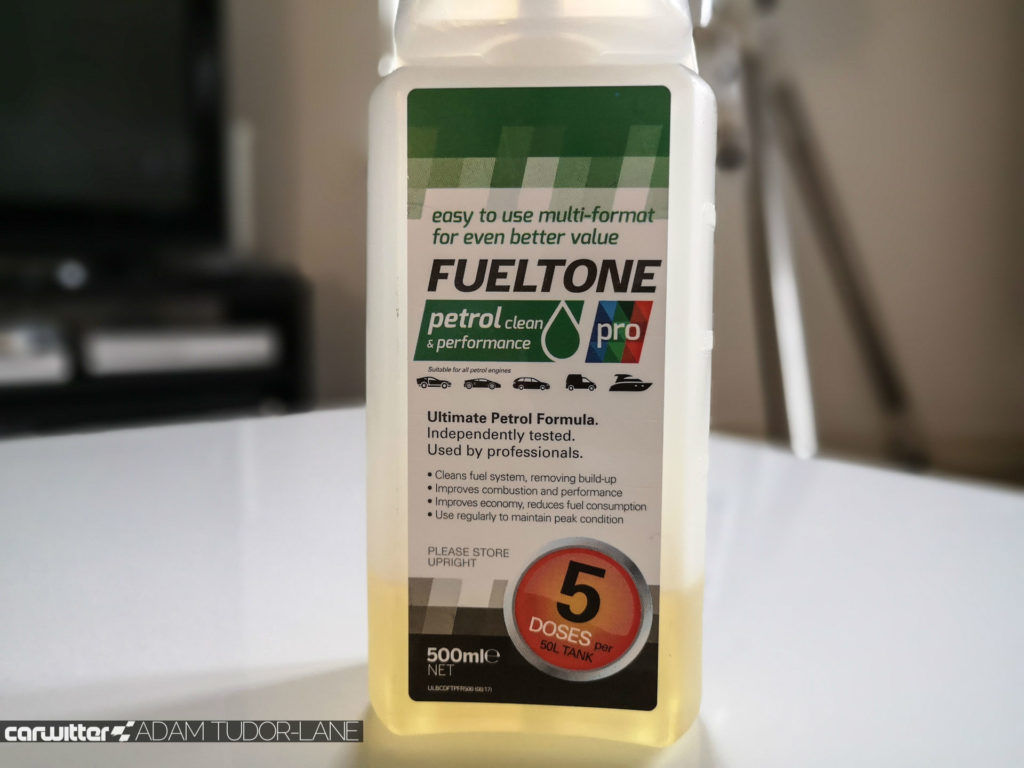 Fueltone Pro is an additive that can help treat common engine problems. It cleans and restores fuel system components like injectors and lines from build up over time. In doing so it can treat smoky engines and help reduce emissions, which is especially helpful with older cars.

It’s also said to improve engine performance and brake horsepower. An independent test carried out by Robert Gordon University in Aberdeen showed an increase of 10% in BHP and a reduction in fuel consumption of 7%. 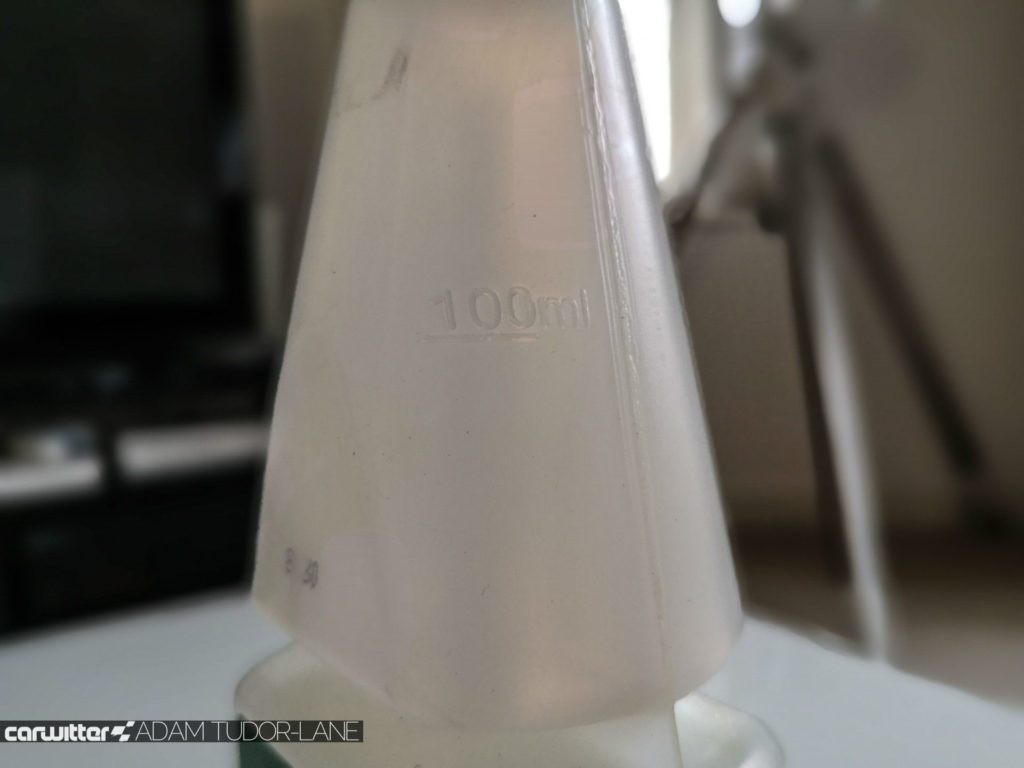 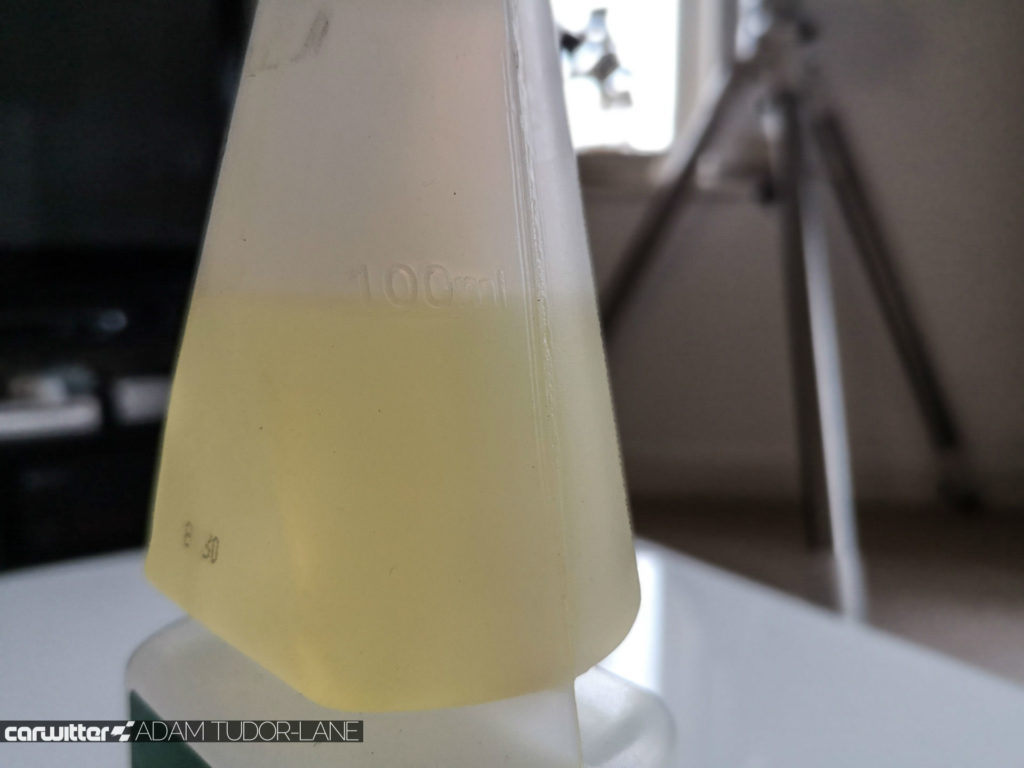 Naturally Fueltone don’t publicise what’s in the ‘clear, pale yellow liquid’. But it’s been scientifically developed, we know that much.

As with any fuel additive it’s hard to really tell what you can’t see. We did have a slight stutter on a ’15 plate 1.6 turbo Peugeot 208. Sticking in 100ml of Fueltone Pro seemed to make the stutter at about 2,000 revs in fifth gear become a lot less prominent. It didn’t remove it altogether though.

We also saw a slight boost in MPG, but the cost of most fuel additives outweighs the increase. 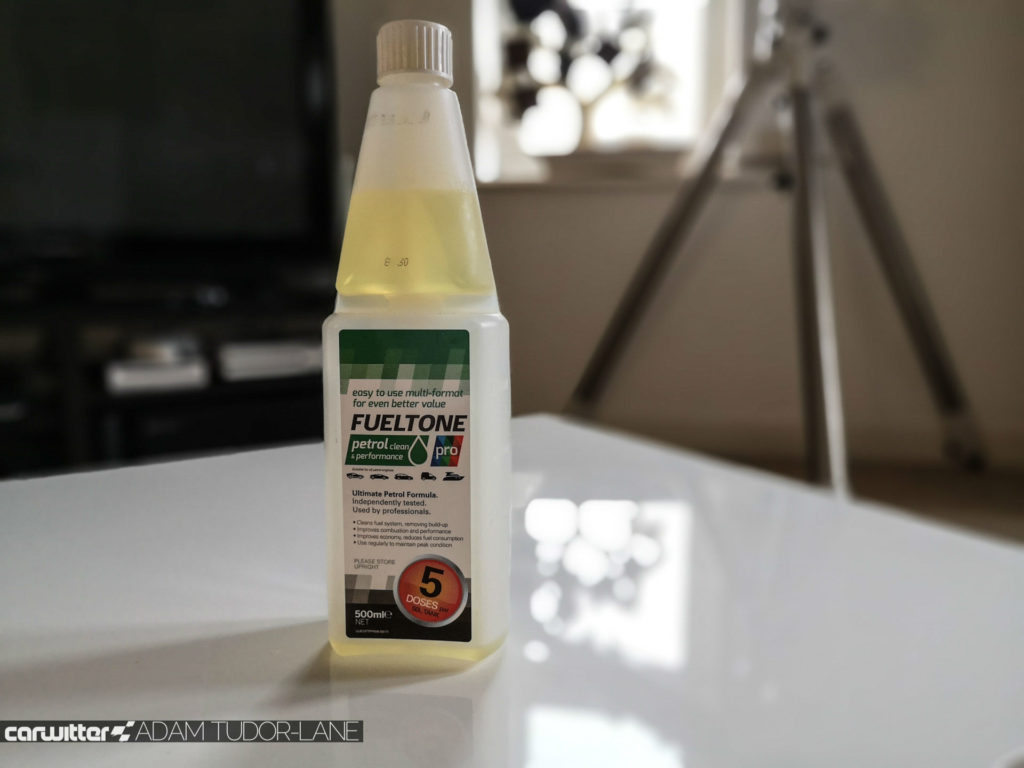 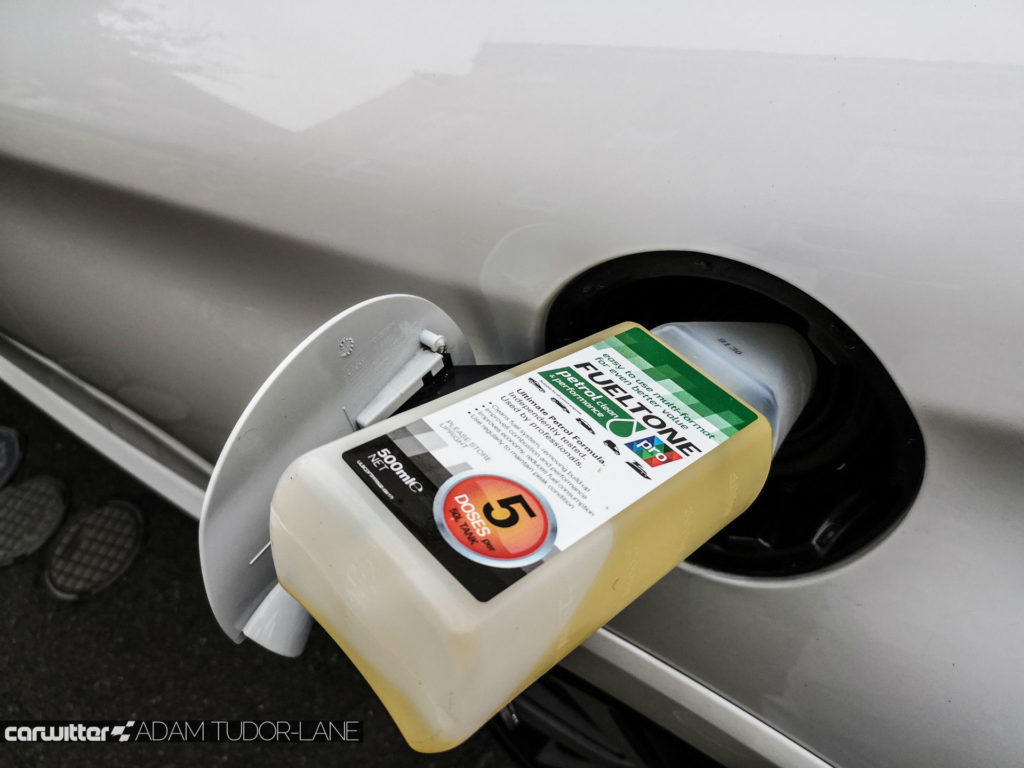 One thing that’s handy is the bottle design. A top area acts as a reservoir, you squeeze the bottom half of the bottle multiple times until it fills to the 100ml mark. This is the correct amount for you to pour into a full tank, one bottle is enough for five treatments.

Sadly though the bottle does have a drawback. It’s neck isn’t always long enough to reach into the fuel filler, this left us wandering how much had actually made it into one of our cars and how much of it had dribbled down the run off area.

The Redex fuel system cleaner has a long slender neck to alleviate this problem.

Where can I get some?

Fueltone are large suppliers of local independent garages across the country, you can check out your nearest stockists by using the search facility. 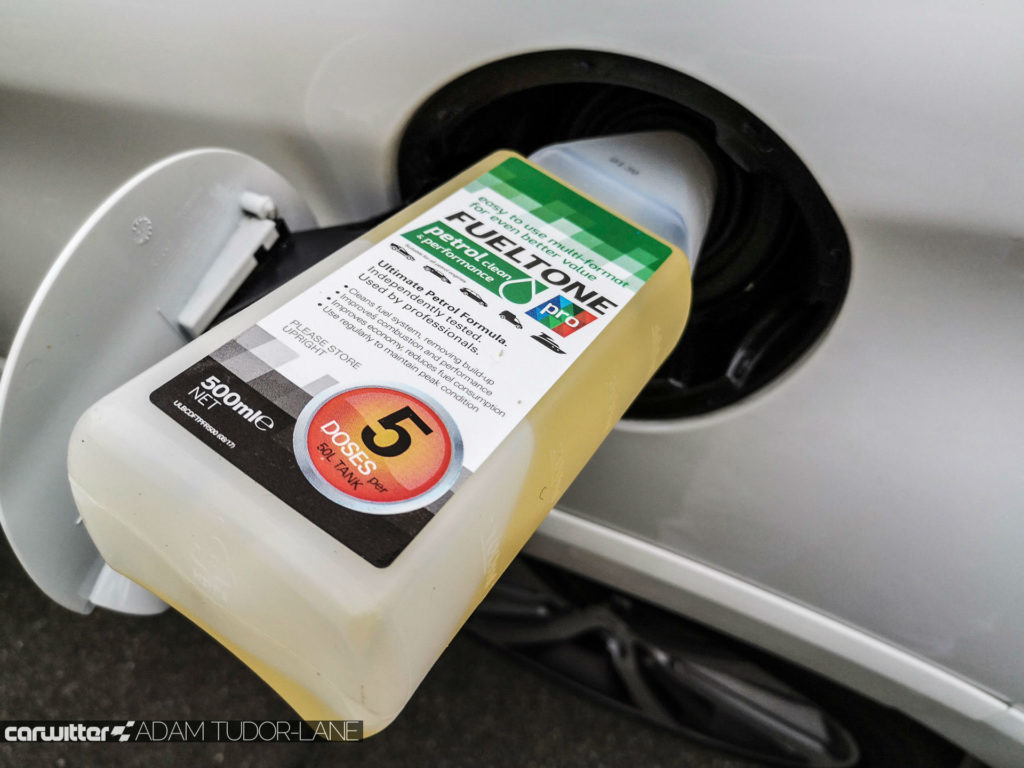