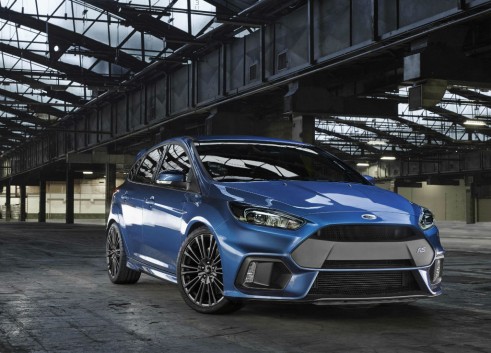 It appears 2015/2016 is a year all about change for Ford, especially with regard to its spicier automotive offerings.

A Mustang can now be legitimately purchased in the UK  in right hand drive and with a turbocharged four cylinder ‘ecoboost’ engine, no less, whilst a new GT is on the way with turbo V6 power.

The iconic ‘RS’ badged Focus meanwhile, makes its journey the other way across the pond; stateside, with four doors and a clever four wheel drive system. 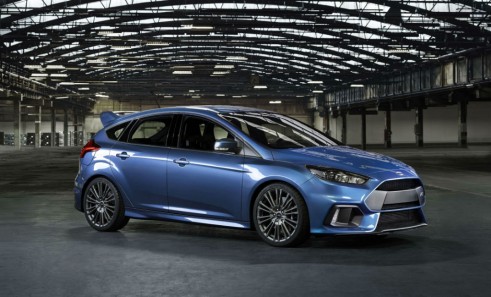 The Focus RS, now in its third iteration, follows a well resolved lineage of blistering Focus hatches that over the past 15 years have shook up the hot hatch segments on launch.

As of its reveal in Cologne we can confirm motivation is provided by a very similar unit to the aforementioned Mustangs four cylinder ecoboost turbocharged engine; displacing 2.3 litres and producing a suitably juicy 330bhp. This should allow the now all wheel drive RS to take 62 mph in significantly less than 5 seconds.

The aforementioned awd system is purported to allow a 70% power allocation to the rear wheels with the full 100% transferable to either side of the car based on prevailing levels of grip.

Styling wise Ford appear to have exercised a modicum of restraint. The tumescent arches and black contrast aero of old are gone in favour of a tauter more purposeful look. Happily however, some typical RS accents remain with a familiar prominent rear diffuser bejewelled with two enormous exhaust exits and an aggressive wing, but the addition of two extra doors leaves the new RS profile somewhat slighter than its predecessors. 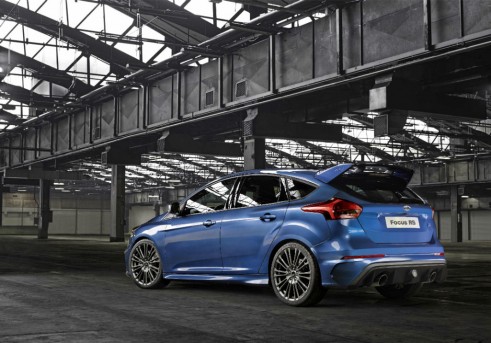 Ford are likely towing the line to a standard set in a Hyper Hatch segment that is more flush with rivals than ever. Cars like the A45 AMG, Golf R and Audi RS3 all sport between 300 and 400bhp, all wheel drive, four doors and styling thats more Bond than Balboa.

The interior, as on the outside, is suitably garnished with standout blue accenting and ‘RS’ emblazoned far and wide whilst a set of Recaros should provide the lateral support that the dynamic capabilities of the RS have necessitated over the years.

We look forward to the RS bringing a dash of humour to a segment that it defined; but that has recently been dominated by the volcanic stiff jawed Germans.

Expect the car to make an appearance at this years Geneva Motorshow before hitting roads on both sides of the Atlantic closer to autumn time sporting a price that should undercut its more premium badged German contemporaries.