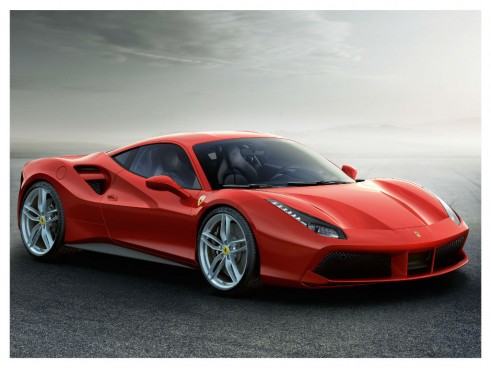 This is the brand new supercar from the maestros at Maranello – sliding into the place of the 458 Italia is the new, turbocharged, 488 GTB.

We’ve known that blown engines were to be the mainstay of the prancing horse’s output ever since the California T waltzed its way into our lives. Now we get the first taste of a true blown Ferrari supercar, and we have to say it looks pretty sweet. 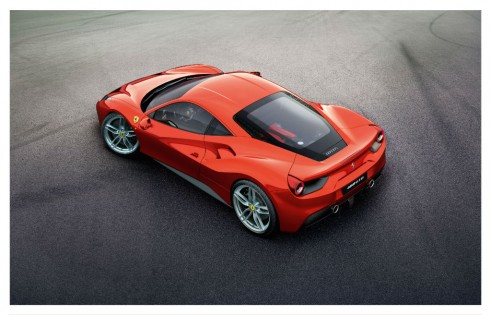 Outside you get a tinkered version of the gorgeous body that’s been dropping jaws since the 458 was first unveiled in 2009. 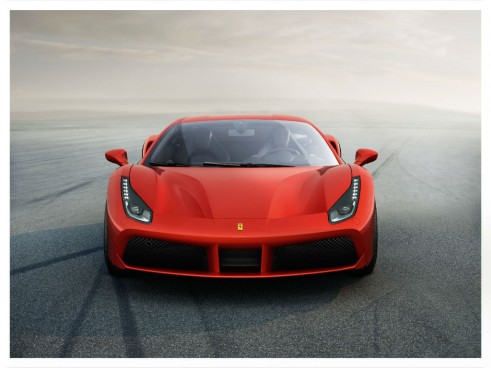 Up front we get a modified split air intake to work the air under the car and sleeker lights. Down the side a pair of huge slashes to the 488’s hips channel more air into those turbochargers’ hungry mouths.

The 488 has a flat underbody and what Ferrari call a “blown spoiler” which will generate more downforce without inducing extra drag. That works alongside an active diffuser to keep the 488 stuck firm to the tarmac.

That means the 488 gains 50 per cent extra downforce over the outgoing model while slimming down to the smallest drag coefficient Ferrari have ever managed to create. 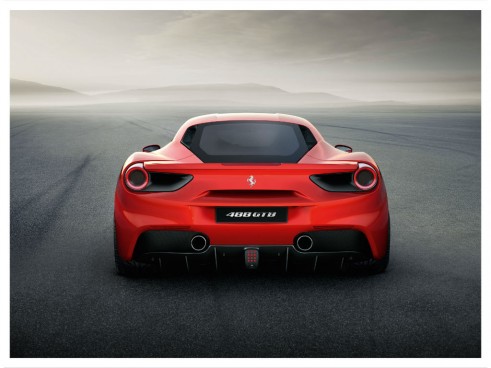 The rear is a smoothed upgrade on the 458’s posterior, keeping the signature round lights but migrating the exhausts away from the wonderful centre mounted triple arrangement to give us a more conventional look just above the trick diffuser.

Despite the loss of an exhaust pipe we’re promised a soundtrack that is “full, clear and totally distinctive”, something we’d never doubt from Ferrari. 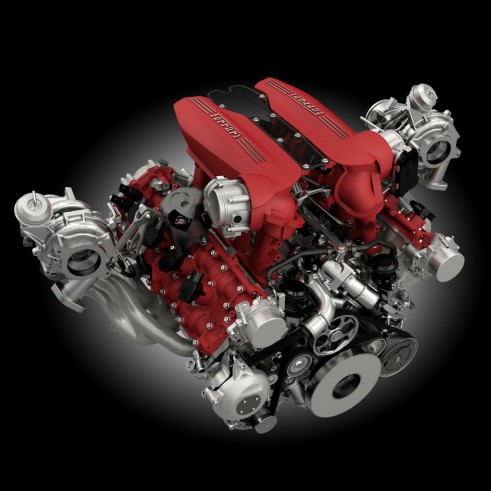 Now for the major change. Ferrari’s 4.0litre V8 sprouts a pair of turbochargers which mean it now pushes out 661bhp and 561lb ft, obliterating the figures McLaren manages with the 650s. 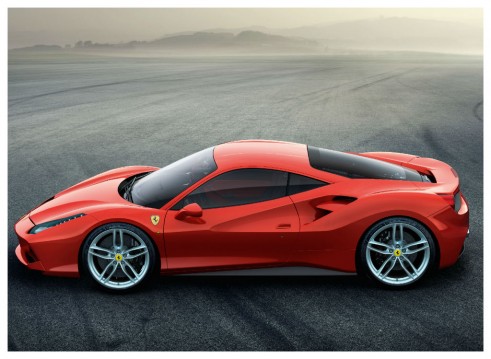 The new engine has meant a new gearbox to deal with the monster torque, which hits its peak at a terrifying 8,000rpm, helping the 488 undoubtedly head on to a top speed above 205mph.

Controlling that power is the latest version of Ferrari’s side slip angle control system that they say is “more precise and less invasive” than the outgoing model. 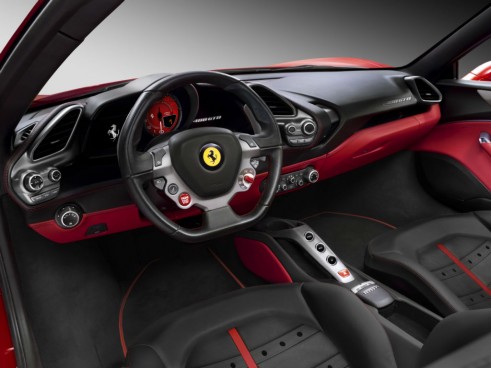 Behind the wheel you will find again a slightly modified version of the 458’s interior, the 488 sprouts more angular air vents while the centre console is reduced just four buttons.

The 488 GTB will make its world debut at Geneva next month. 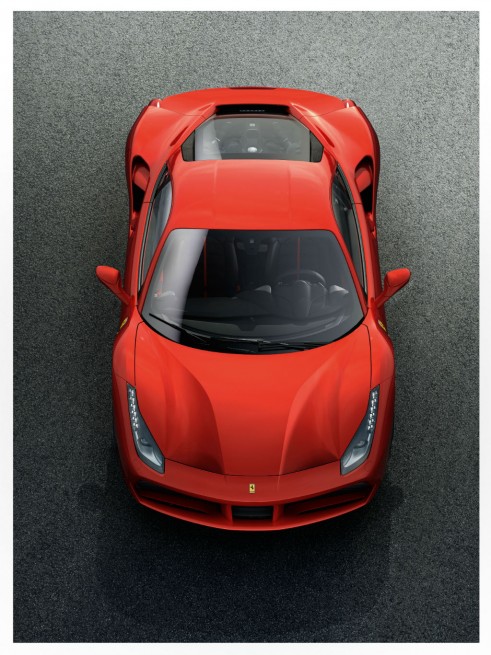