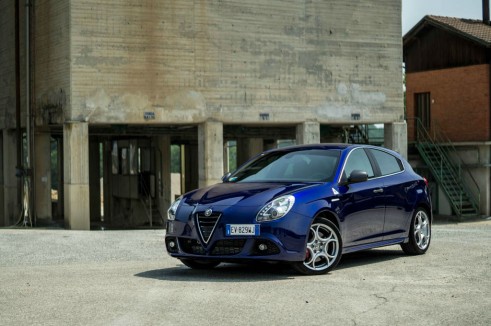 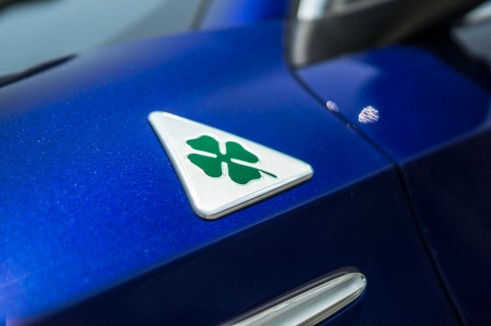 For 2014 Alfa Romeo have rebooted its hottest line of cars, the Giulietta now packs the same 1.75 litre turbo engine and dual clutch gearbox from their halo model the 4C.

This is allegedly why Alfa have renamed the upper echelon models. That QV name was first used back in 1923, and harks back to their proud racing heritage. 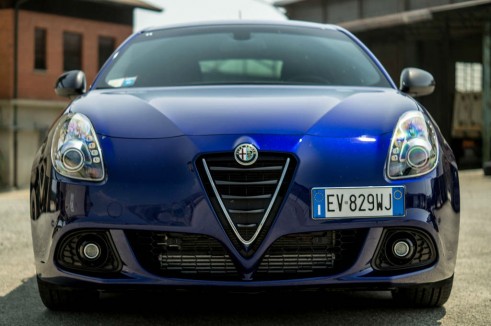 Exterior wise not a huge amount has changed since the Giulietta was launched back in 2010… however it’s still a very good looking car! 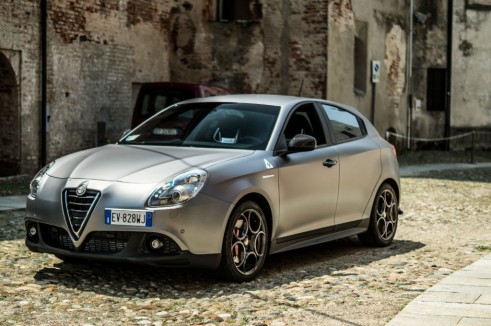 To celebrate this new model Alfa will be making 500 Launch Edition cars, these will also have carbon front and rear spoilers, sports air dams and additional side skirts. Whilst its 18″ alloys are finished in Anthracite with the classic Alfa 5 hole design.

These special editions will be available in Alfa Red, Competizione Red (which is a special triple coat colour) or the rather cool Matte Magnesio Grey. 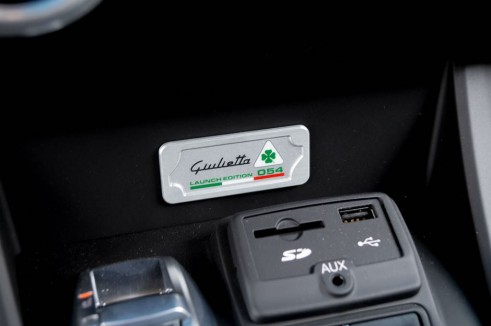 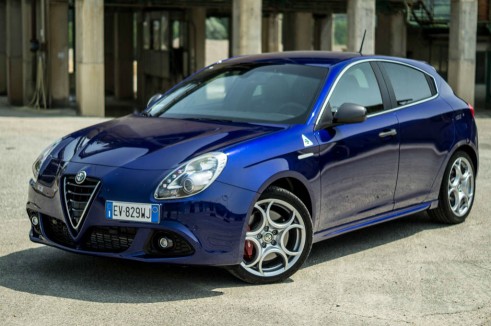 Jumping in the Giulietta and firing it up you don’t instantly recognise the new aural wonder Alfa have been working on, you get a very slight burble but it’s nothing spectacular. It’s only when you are climbing through the rev range that you can hear this new exhaust, Alfa say they have honed in on the exact frequencies that make an Alfa…an Alfa.

To replicate this classic sound they have created a new exhaust and intake system. It does a good job, but it’s not as visceral as some of the more classic Alfa’s from a bygone era.

Pin the throttle and you are pulled forward at rapid pace, the new TCT gearbox smoothes out the torque into pure, clean, linear-delivery. It packs a decent punch, and actually has the highest torque figure in its class.

Although the new paddle operated dual clutch does a good job with the power delivery, it’s a little slow on the kick down.

If you’re cruising at 70 and floor it, you have to wait around 3 seconds for the gearbox to change down, and the surge of power to start. It’s not a huge problem as you can preempt it and flick it down manually before accelerating, but it’s not the quickest of dual clutch boxes. 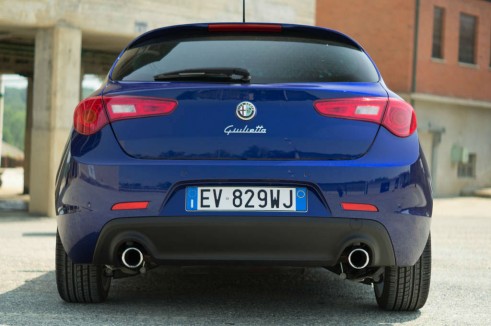 Another thing we noticed is that when in ‘Dynamic’ mode the gearbox seemed all too quick to shift up, as if it was trying to be economical and save fuel. You could be mid-way through a corner, wanting power for the exit and the gearbox would skip up a gear, rather than holding on to the revs all the way to the red line.

The only way you can force it to do this is to put it semi auto. In fact, the gearbox is probably best when in semi auto and used in conjunction with the paddles.

Whether this can be changed with a software update or not, who knows? 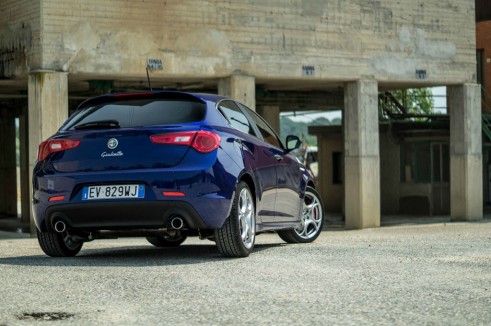 One thing that did impress us about the gearbox was the launch control.

Place your foot on the brake, and then fully on the accelerator, pull the down paddle and watch the revs start bouncing off 3700 RPM, let off the brake and with a slight tyre screech you gain grip and are pulled into the horizon!

This clever new feature is what allows the QV to get to 62 in just 6.6 seconds. 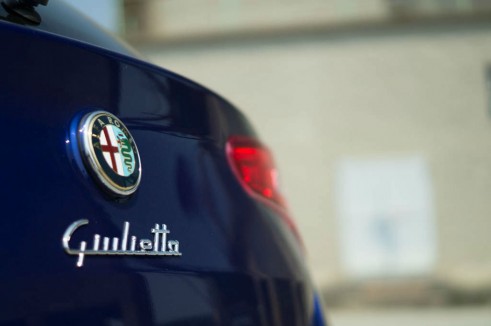 Push the Giulietta into a tight corner too fast and you hear the Q2 diff get to work.

It’s self-locking and really helps to get the power down out of corners, in ‘Normal’ mode on the D.N.A switch the differential is actually switched off. Upon activating ‘Dynamic’ the brakes are pre-loaded, diff is set to on and engine mapping is changed along with the gearbox response.

When pushing harder you do notice the rather soft chassis and suspension setup, it’s far more pliable over bumps and lumps than it ideally should be.

Some extra work on springs, dampers and fattening up of anti-roll bars á la RCZ R would have really helped the QV. 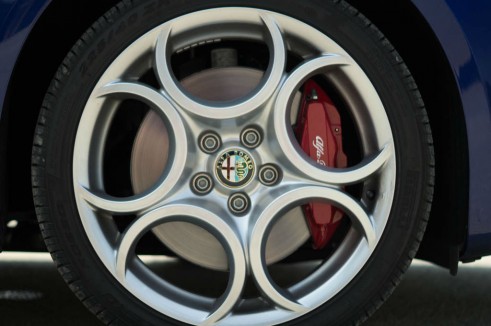 Braking is taken care of with 4 piston Brembo calipers up front, behind them sit 320mm discs and they do a decent job of bringing the 1320 kg car to a halt. Corner after corner the brakes held on, although pedal feel was a little artificial at times – no doubt due to the pre loading when in ‘Dynamic’ mode.

Steering is rather light, a heavier weight would have been nicer in a car of this ilk. It’s accurate enough but lacks that real precision and finesse a Golf GTi carries. 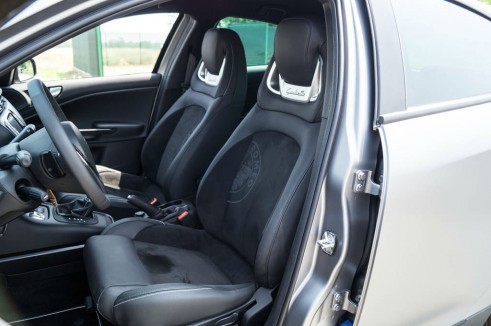 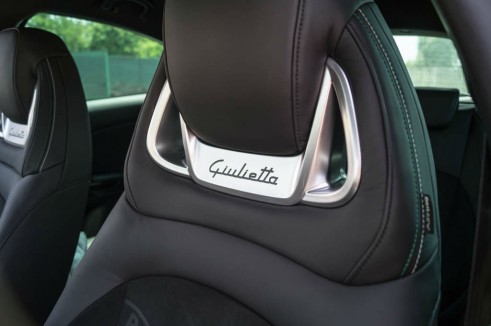 Inside the Giulietta has also had a revamp. Smart new QV branded dials are matched with some rather cossetting Alcantara wraparound sports seats, these are standard issue and look gorgeous! 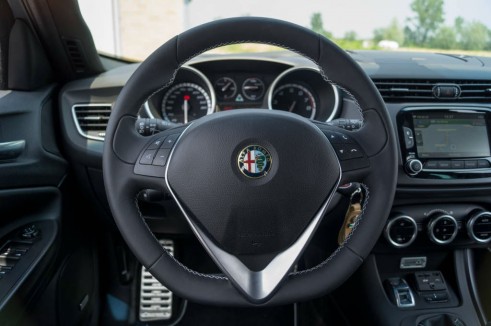 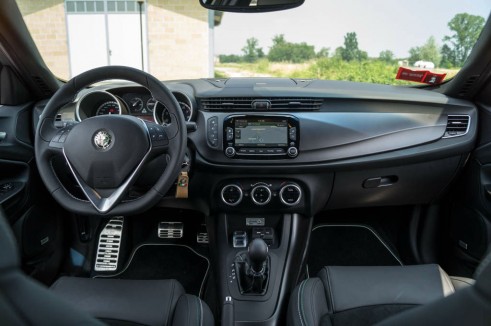 One thing that lets the Giulietta down is the plasticy dashboard though…the panel in front of the passenger is a case in point, it’s just bland…a Quadrifoglio Verde should have a carbon effect dash at least! While you’re at it a cloverleaf or some QV lettering wouldn’t go amiss either. 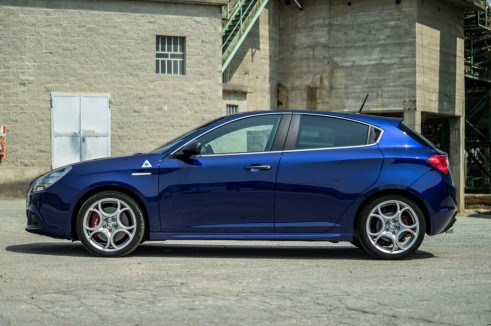 So at a smidge over 28k is this new hot Alfa worth it?

Its main competition is the VW Golf GTi, and a 5 door version of that with the DSG ‘box will set you back £28,400…a mere £280 more for what is, to all
and purposes a better gearbox.

Really that leaves the Giulietta with only one trick up its sleeve, and that’s its looks!

It’s a real shame but this Alfa is just a bit too wallowy and slow on the gears to make it a true mid-sized hot hatch. 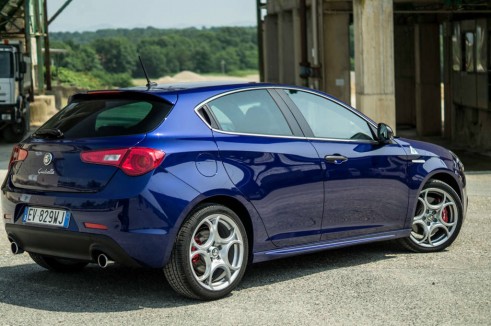 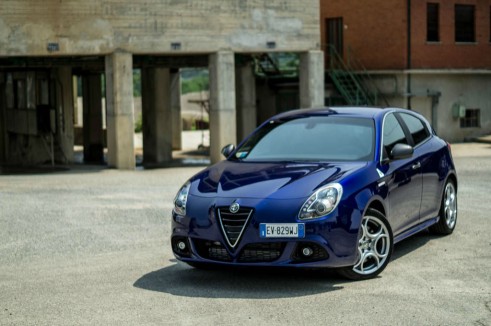