Having never been to Wilton Classic Supercar we thought it was about time we saw what all the fuss was about.

Our weapon of choice was the Jaguar F-Type S Coupe. Finished in Salsa red with 20” black Tornado alloys. It looked stunning. All in it would set you back £74,295.

Originally we asked Wilton if our car could be featured in the Supercar parade…alas it was deemed ‘not special enough’ and that they were going for ‘quantity over quality’. Fair enough.

So to get what we wanted – the car on display – we teamed up with Ian Cook from Popbang Colour. He generously asked us to be part of his stand which included yet another F-Type S Coupe.

An early start ensued, 06:15am to be precise. We made good time through some torrential rain and turned up at Wilton House for 08:15, 35 minutes before all the cars had to be in place, and the show opened to the public.

Unfortunately we were told the gate we had to be at was ‘round the corner’ when it was in fact 200 yards away from us. So we followed a huge procession of cars about 11 miles to what we thought was going to be a rear entrance to the estate…only to find we had unwittingly followed everyone else to a hill climb.

After being stuck on a single track road in a stunningly expensive traffic jam (for what seemed like forever) we eventually managed to get the traffic stopped so we could attempt to get back to Wilton House.

Putting foot fully to the floor we ducked and weaved through the meandering country lanes, the F-Type providing the accompanying soundtrack. Left foot braking all the way, slowing for villages we finally made it back to the gate we had been at 45 minutes ago…only to be told at 2 minutes past 9 that we weren’t going to be let in.

With red mist starting to descend I explained the predicament without the use of expletives. A quick radio call later and we were finally allowed in!

Parking up next to Popbang Colour, a quick swap of number plates and we were sorted. 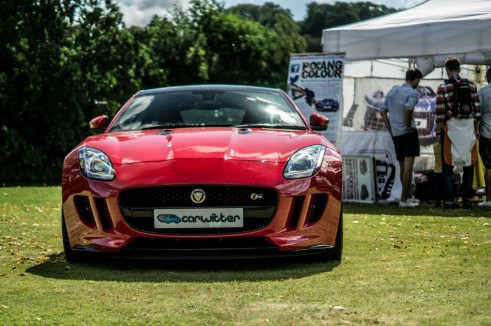 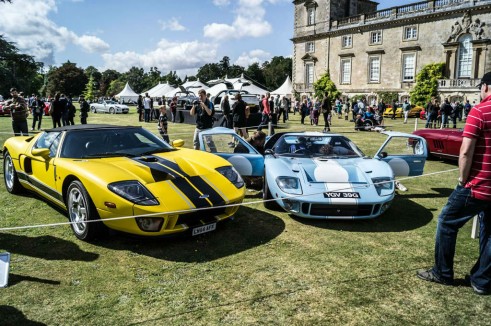 It is very impressive. The selection of cars on static display is mouth-watering, it all started off with a Veyron parked next to a Type 46 from 1933. 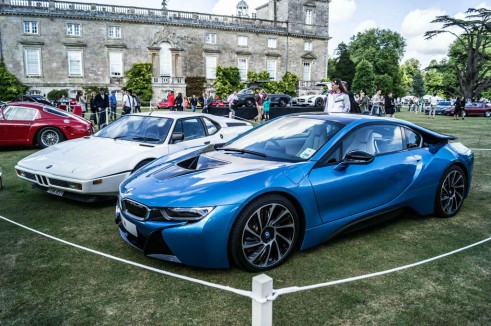 Down the row you find a BMW i8 parked next to its 80’s sibling the M1. Look across the way and you find a Mercedes 300SL nose to nose with its modern counterpart the SLS Black Edition. Nowhere else would you see old and new contrasting quite like this. 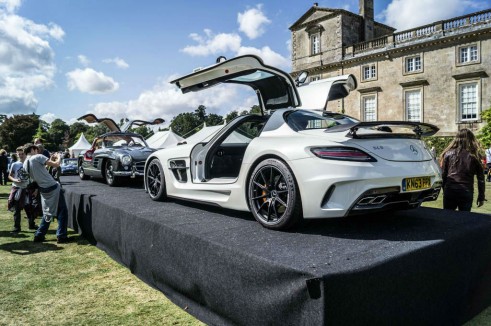 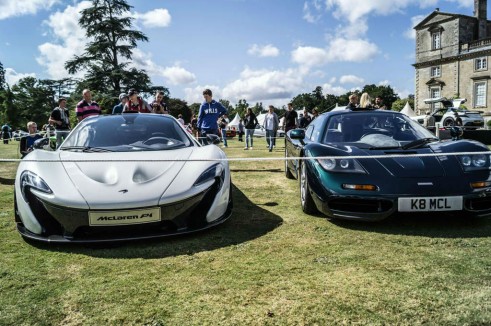 Away from the main display (which is rather spread out) you find your more everyday offerings from local dealerships. You could get in, prod, poke and even receive money off of a new or used car.

Beyond this was the rally stage, a tarmac segment of estate road to which you would see RS200’s blasting along followed by McRae’s safari winning Focus. 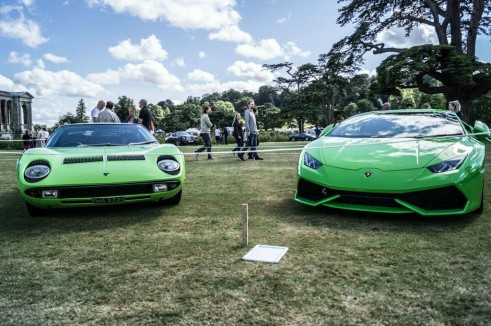 For me this was the first time up close and personal with the new Lamborghini Huracan, and there was not one but two on display. I’m still not sold on the squinty front end, but overall the new baby Lambo looks the part! 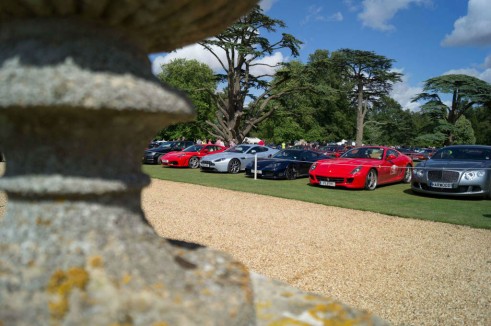 The ‘supercar’ convoy arrived at around 12:30 due to traffic and the odd shower slowing them down. Some of the hypercars didn’t turn up due to the inclement weather, but there was some noteworthy cars to be seen, a McLaren F1, Bugatti Veyron, Lamborghini Aventador Roadster an XJ220S and a apparently a McLaren P1 (that I didn’t actually see). 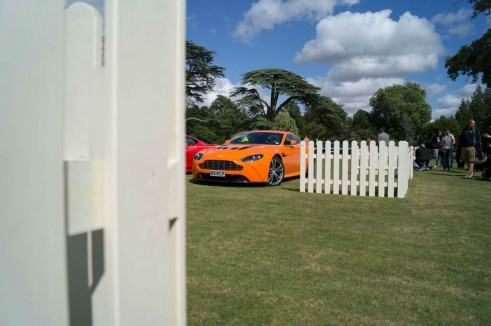 The rest of the convoy parks up on the main expanse of the lawn…it included quite a few Audi R8’s, numerous Ferrari F430’s (the poor mans fezza), and a million McLaren MP4 12C’s…hardly ‘quality over quantity’…

Over the course of the day our F-Type received so much attention, hundreds of pictures were taken, multiple people tried to get inside it…and even through the rain showers we still ended up getting burnt.

All in all there is a fair amount to see, it would be better if the displays were grouped closer together as it does make the show seem a little sparse how spread out it is.

You can spend a good few hours perusing the displays, a whole day would probably be a struggle and the ‘supercar’ parade was a little bit of a let-down in all fairness. You see far more exotic metal on display at the start of most Gumball 3000’s! 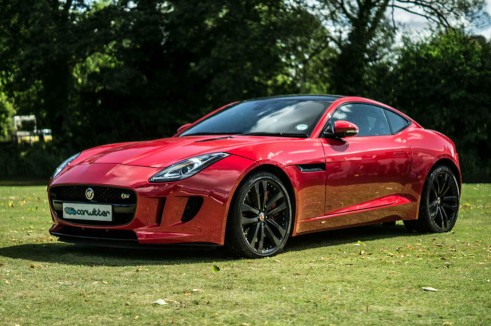 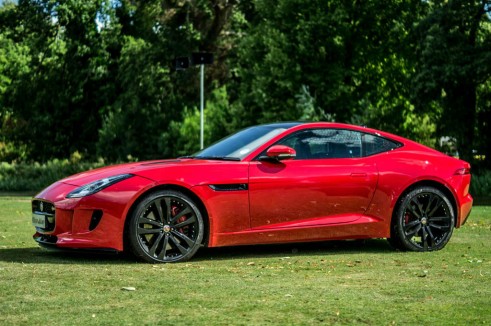 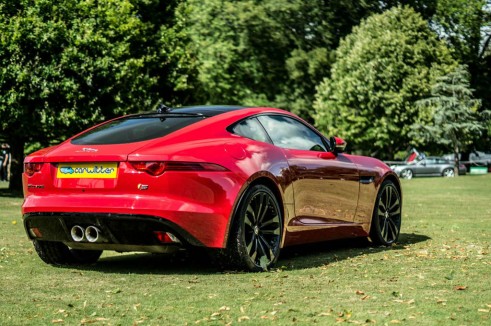 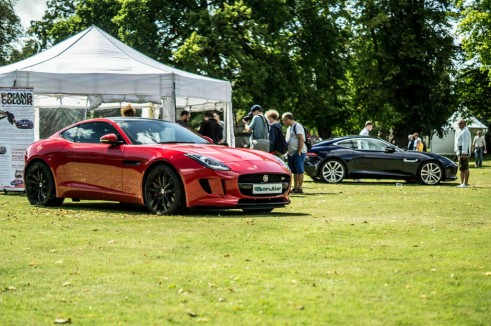 New Touareg to hit the UK in November